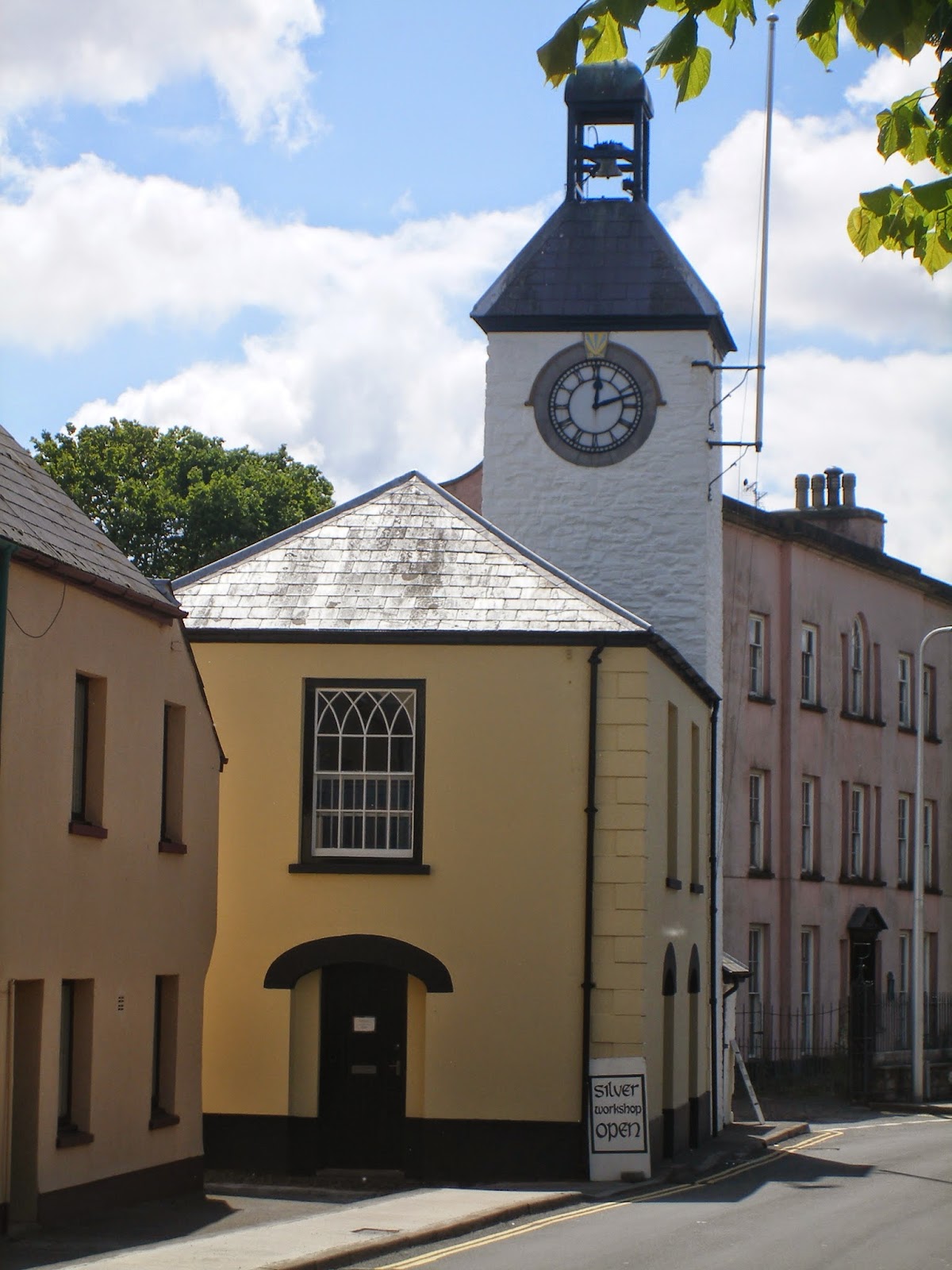 We love Laugharne, which will be familiar to anyone who has ever heard about Dylan Thomas as he spent the last years of his life here, and is buried in St Mary's churchyard.  We were there yesterday for the day, with a stall at the twice-yearly Militaria Fair, organized by the lovely folk at the Tin Shed Experience, a 1940s Wartime Museum which is GREAT.  If you are ever in the area, DO visit it. You won't be disappointed.

Photo of the Fair yesterday, taken by Seimon, who was running it and with Andrew, runs The Tin Shed Experience.

Unfortunately I hadn't taken my camera yesterday, and my mobile phone battery was on its last legs, and although I have photos of previous visits to Laugharne, I think they must be under dates (remiss of me) rather than names.  Drat!  Found them! 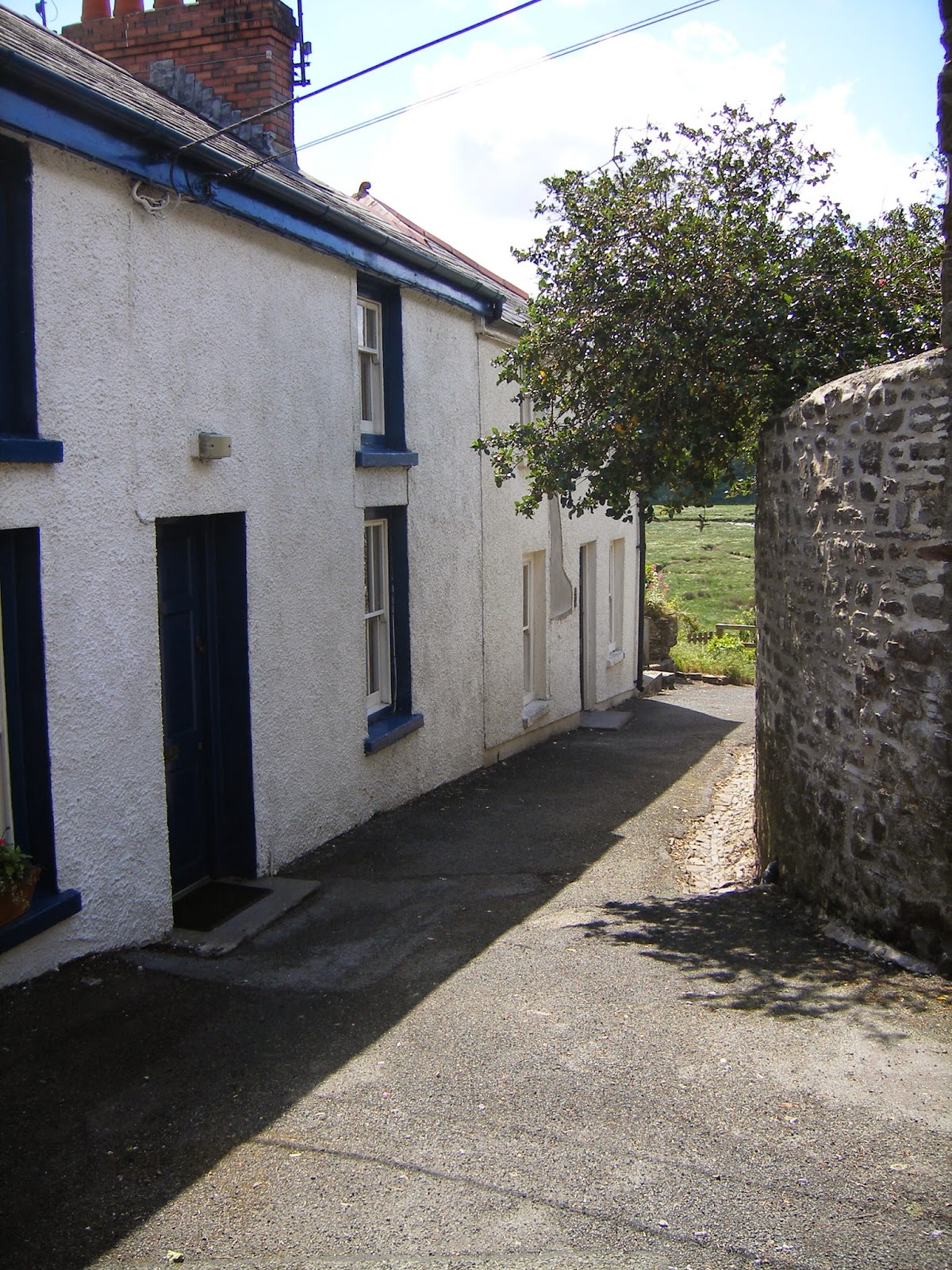 I walked down to the Spar for the Sunday Telegraph first thing, and cut through the pretty back streets.  Below: I passed this house which was for sale a few years back and has been bought and beautifully restored and is now a 5* B&B.  Dylan Thomas lived here for a while, which ups the trade no end I should think.  I will have to take a photo of the restored house next time we're down there. 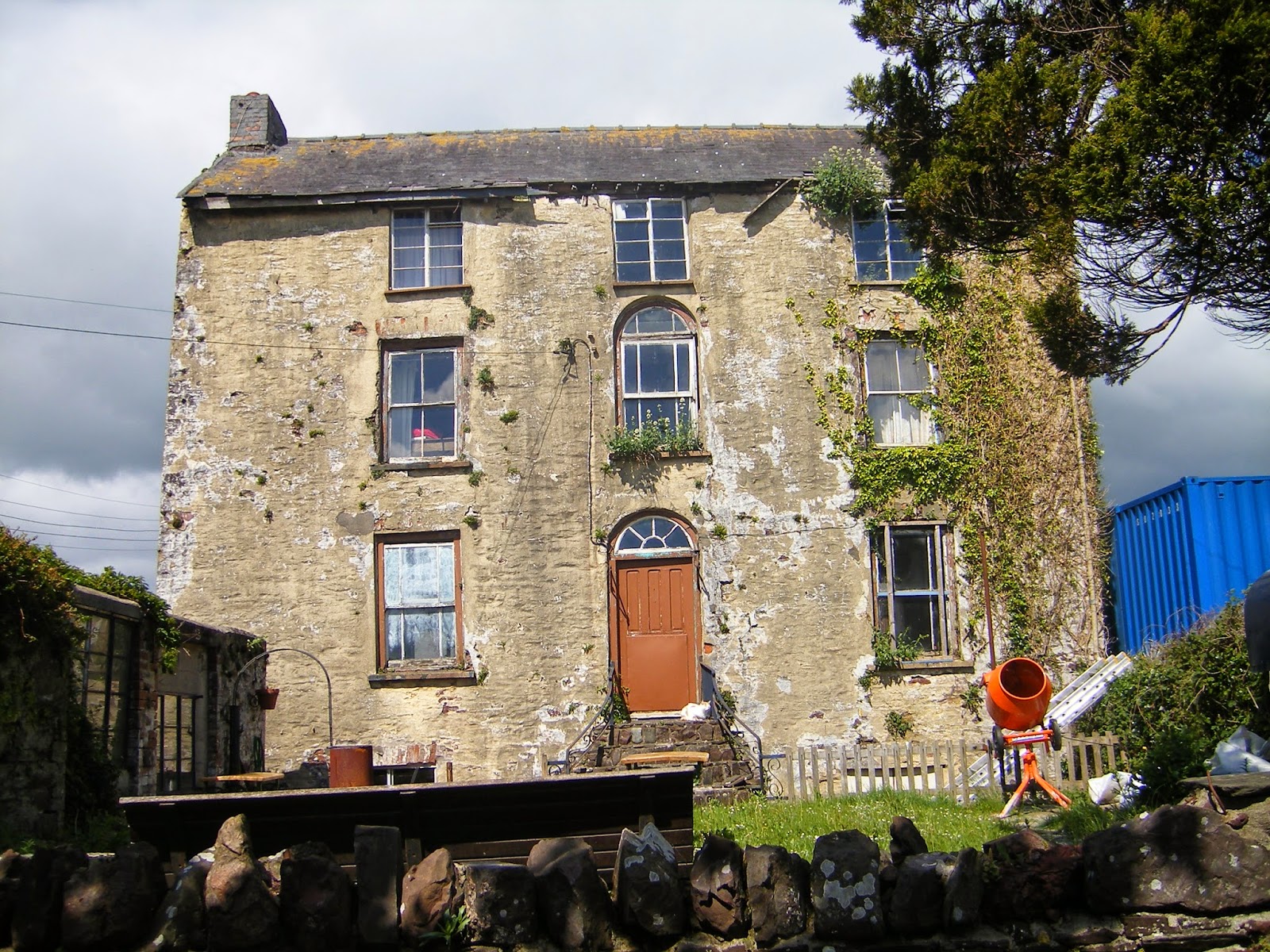 Below: the view out to the estuary mouth.  Stunning.  This is what Dylan would have seen when he was writing in his shed. 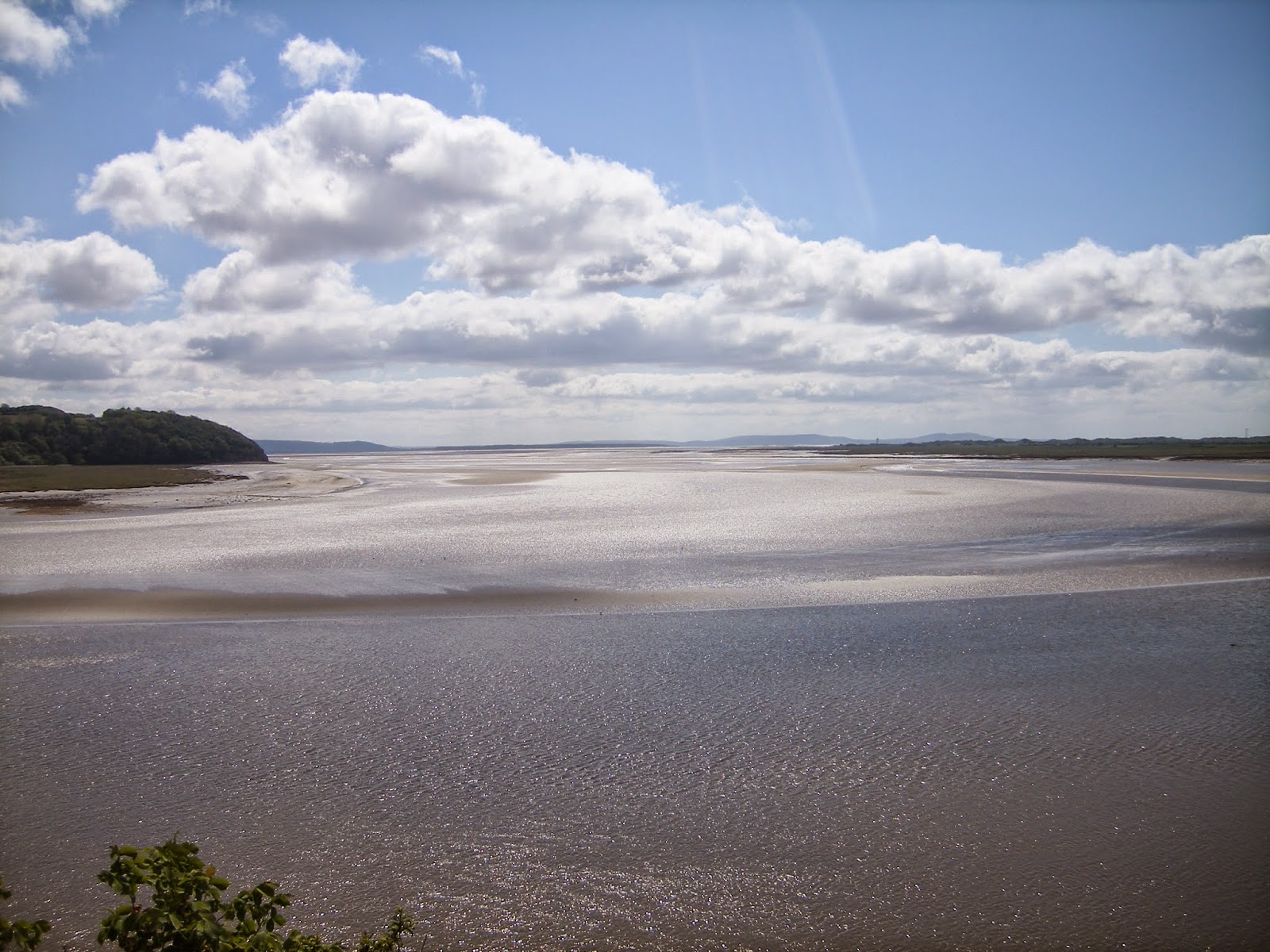 Above and below, down by the car park. 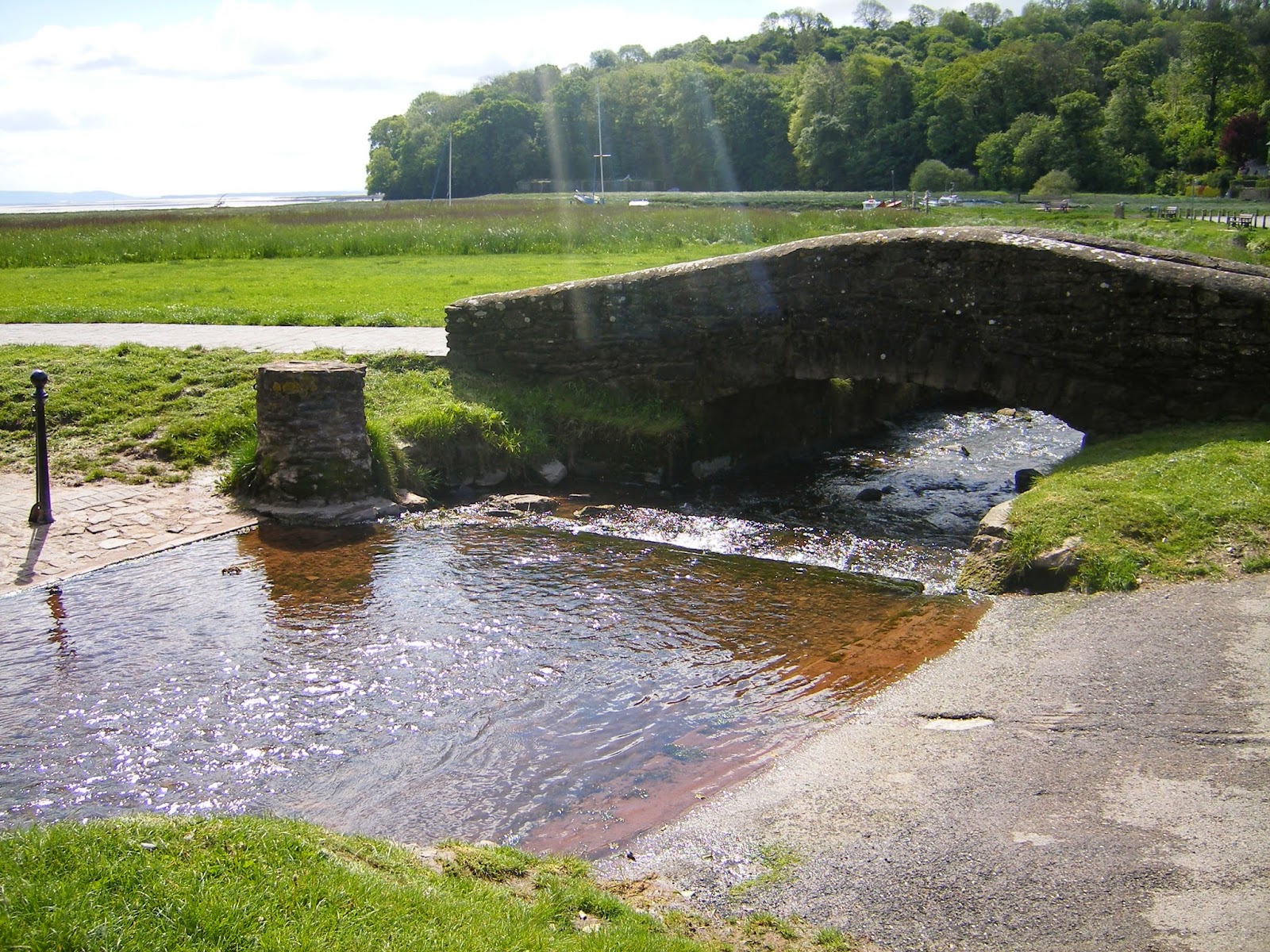 Anyway, to kill some time around the middle of the day, I took myself off for a walk up past St Mary's Church, with a brief wander into the churchyard to see Dylan Thomas's grave again, marked by a simple wooden cross (one wonders was this by choice, or was he too skint to pay for a headstone?)  Then along the bridleway which gave a different perspective of Laugharne, from higher up.  I took a detour up a steep hilly footpath towards Coed-y-Mor, turning round and retracing my steps at the top as the full loop of this footpath (to the headland) was a bit too far without telling my OH what I was up too.  The footpath banks were smothered in Primroses, and the very first Red Campion, and there were early butterflies, bees and insects drawn to the flowers.  I even saw the first Bluebells in the churchyard hedgerow too.  Then looping back down into the bottom end of the village and back up the main street past Brown's Hotel where Dylan used to drink himself stupid, and back to the Village hall, past some lovely old houses. 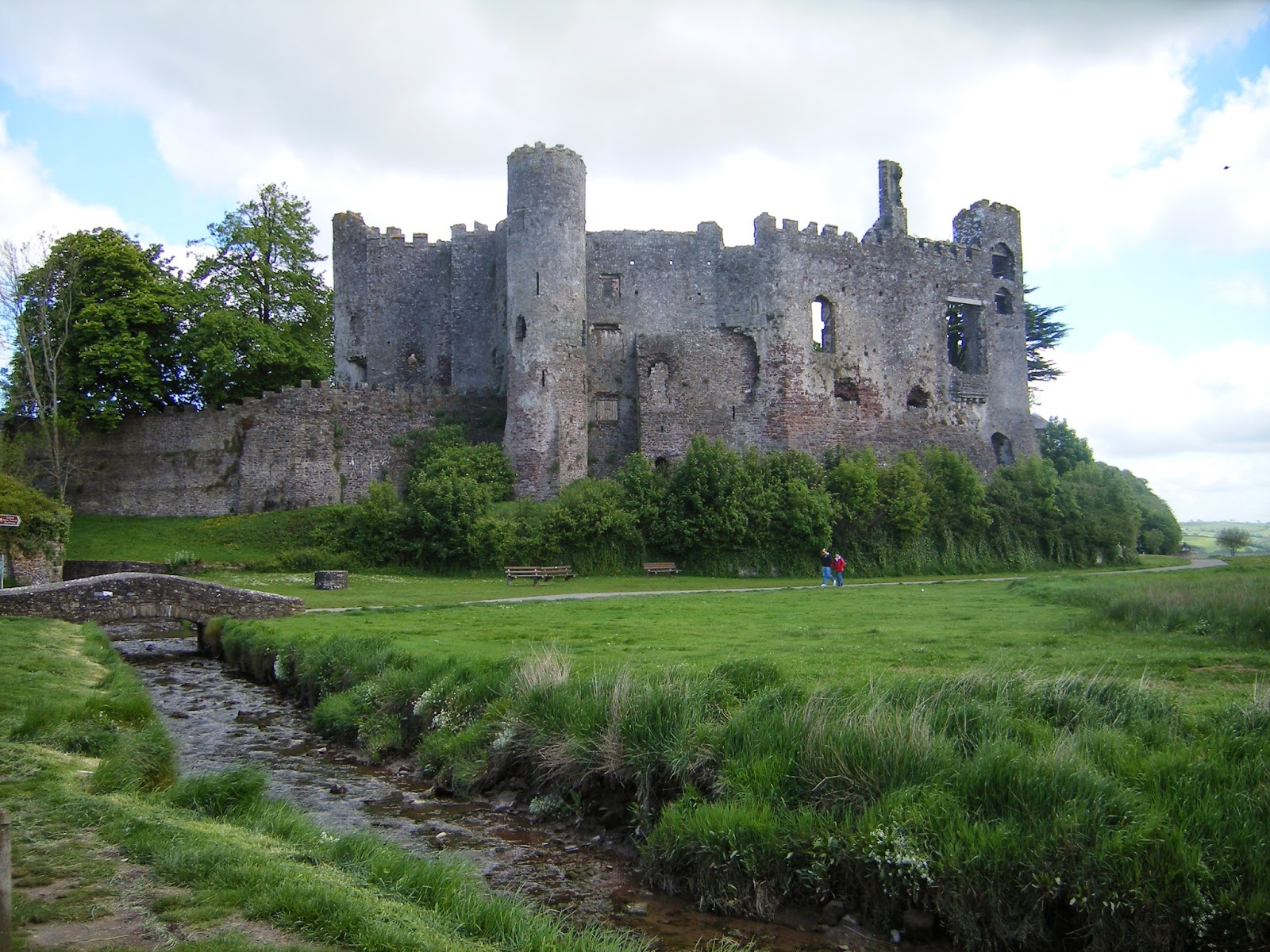 Let's not forget the castle either. 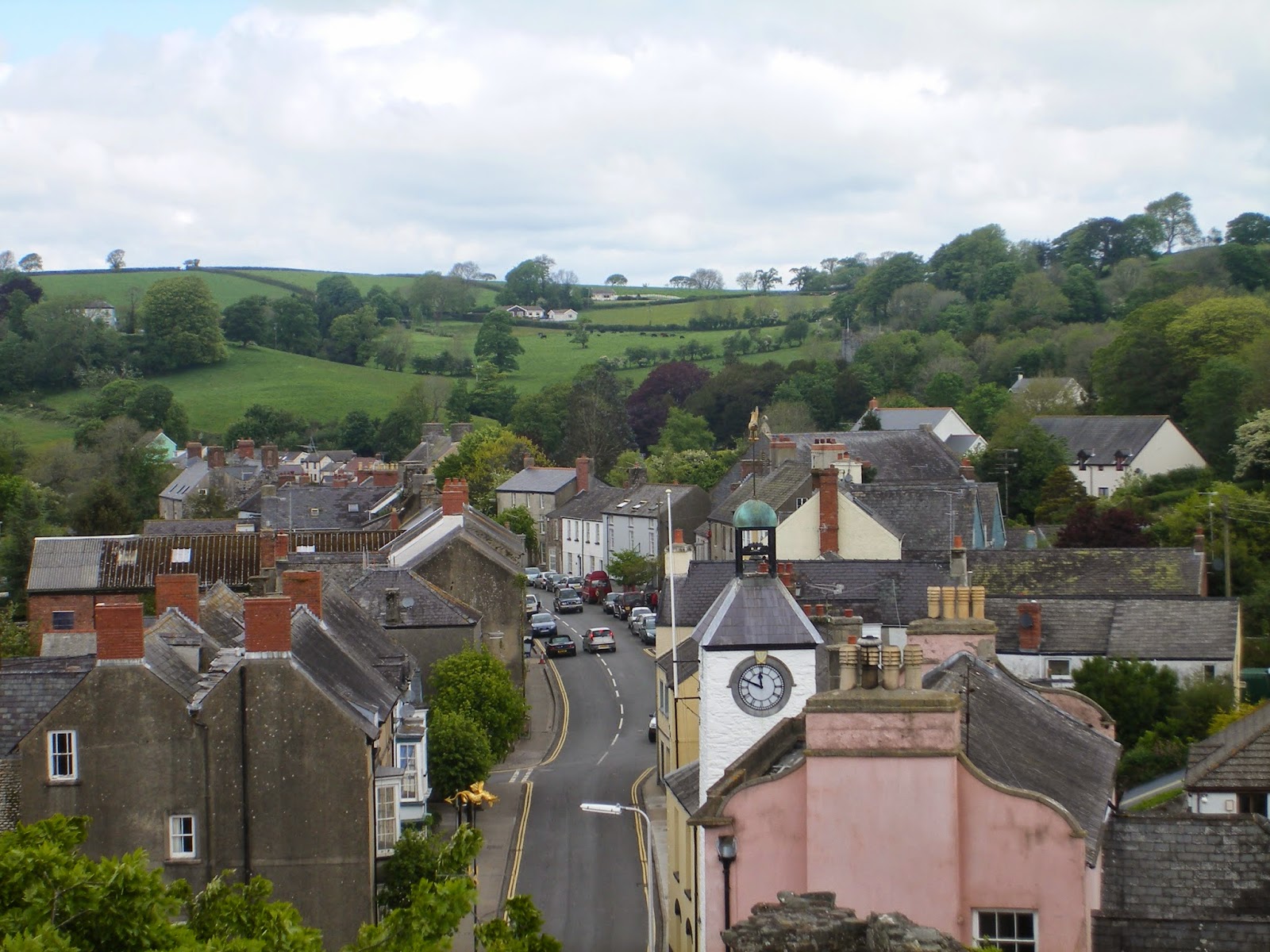 Looking back across the small township from the castle.  I'm so glad I found the photos as a post isn't much of a post without any, even if you have seen them before!

Anyway, after a couple of months where we seem to have been playing a financial game of beat Jack Out of Doors, with all the money going OUT and little coming IN, we finally played our last card yesterday and it was a Jack.  Phew!

Today is a catch-up day, especially in the garden, as the sun is shining in a clear blue sky . . .  There is MUCH to be done out there!