A proper taste of Autumn 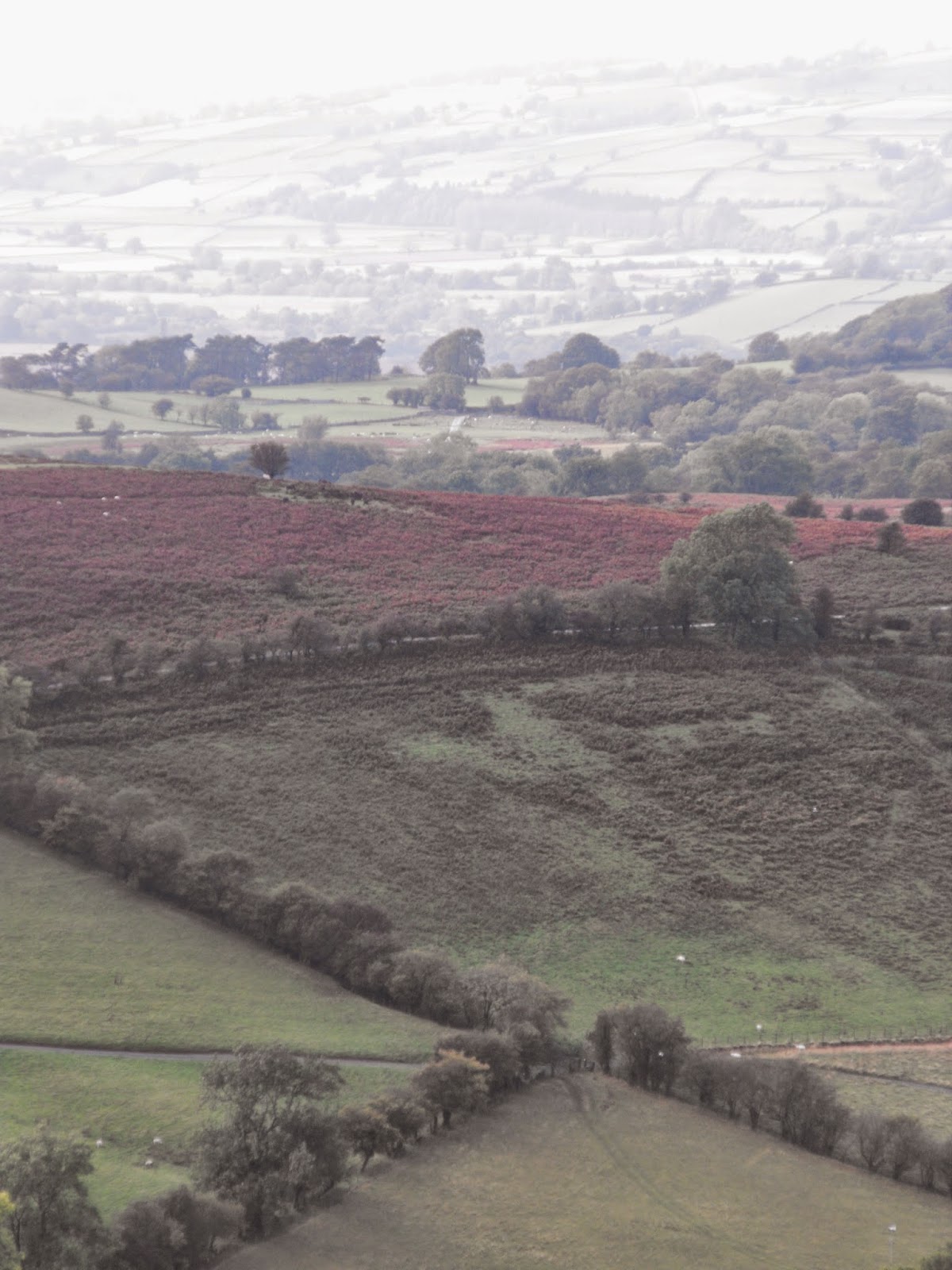 When I opened the door this morning to feed the outside cats, I was hit by a blast of chill air.  Even though I was fully dressed (I'm not a dressing gown person - it's just not practical in THIS house!) I gave a shudder and the realization that we have been lulled into a false sense of security with the Indian Summer temperatures lingering after the sun had left us.  The changing of the clocks was heralding the move downhill into Winter. 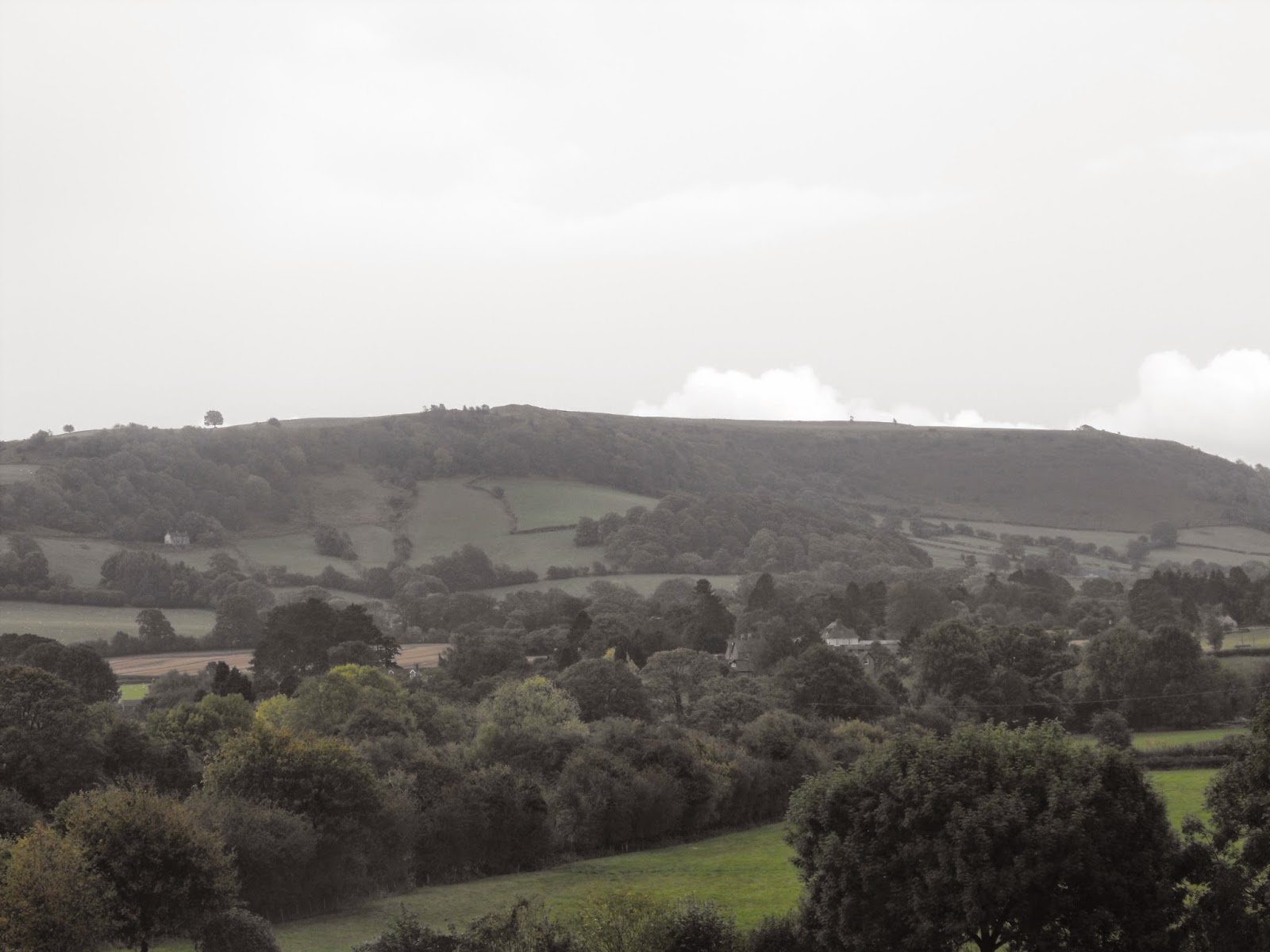 Driving around Carmarthenshire today (a car boot sale near the coast, an auction and mart at Ffairfach, and then another auction at Crosshands), the trees were noticably browner or barer, and the hazels were green and gold together, whilst the Rosebay Willowherb, which I notice a lot in our travels, especially when we head east to Brecon and beyond, and which has been the most amazing shades of coral-pink, butterscotch and Lucozade orange, has now turned a dull brown.

The car boot sale (last of the season) was a write-off, as we suspected it was going to be; Fairfach was dour, wet, and depressing, as it often is - chilled-looking men offering for sale piles of rusty tools, lengths of chain, gate fittings, buckets and the occasional escapee piece of china.

At the auction we bought a few pieces for the next Fleamarket, and left unsuccessful bids on two other lots.  One was a pile of things lumped together, but we just wanted the big tiled-top coffee table on the bottom, as G has managed to break the one she had.  However, as it came with some useful other pieces, it didn't come our way, though we left a good bid on it.  That's life. 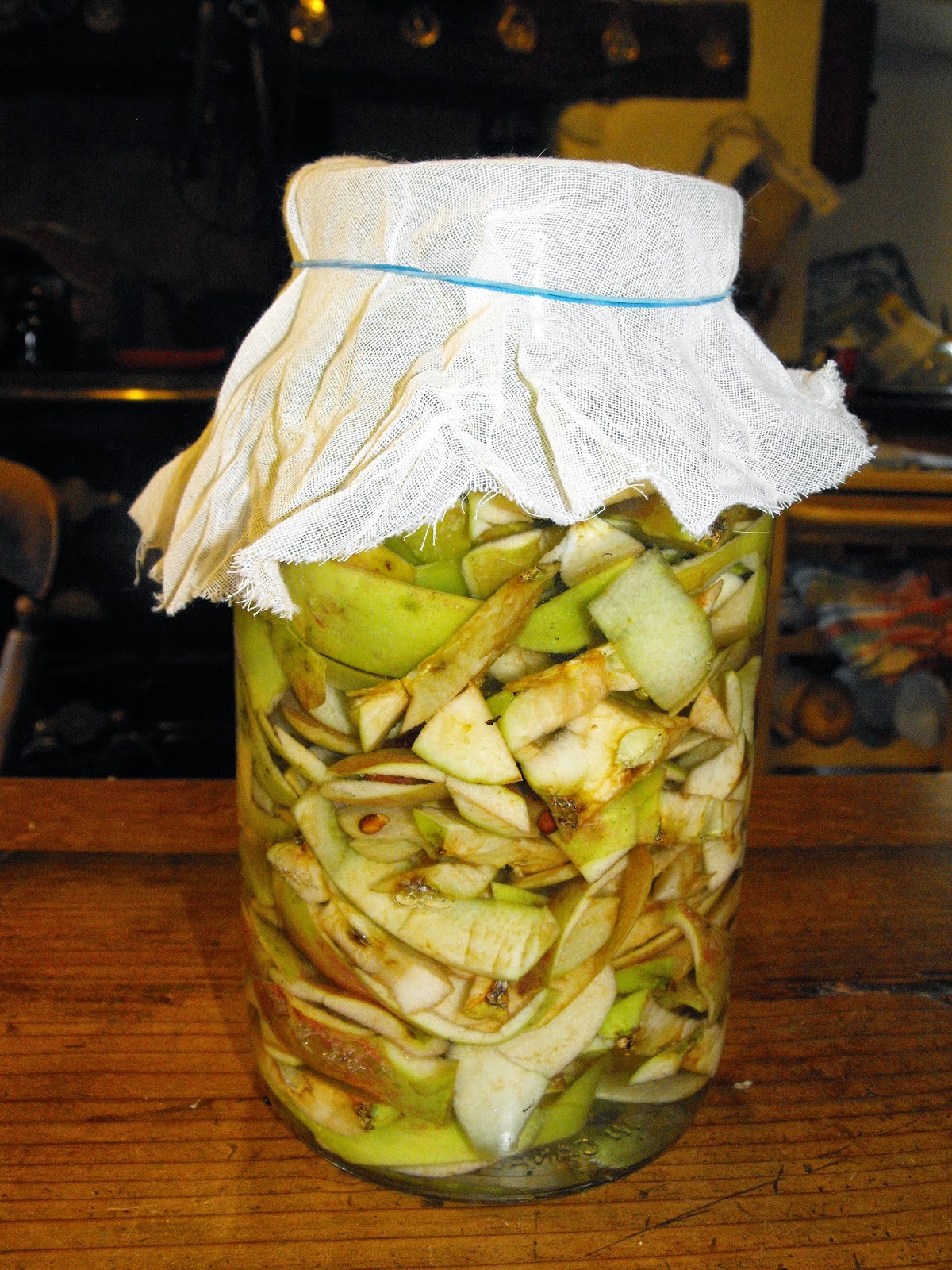 Yesterday I decanted my first attempt at Cider Vinegar into three bottles.  It is definitely vinegar, but is pale and cloudy and my OH pulled a face at the thought of using THAT on his chips!  So I have it on one side for cleaning purposes, and have started the 2nd attempt, using brown sugar to give some colour.  We shall see how that turns out.  It has only cost me a small cup of sugar so there is no loss if it doesn't work out.

I had a lovely parcel arrive today from my dear friend Sharon in Kentucky, containing two sets of beautiful vintage pillowcases, which she knew I would love (and I do).  I was horrified at how much the postage was though - it seems that we are both paying through the teeth for postage and butter at present (butter in Kentucky seems to be a similar price to here).  I will put up photos tomorrow, but in the meantime, I can enjoy stroking them and marvelling at the work that went into them.  Thank you Sharon.  When I have your new NEW address (!) I will be in touch . . .

Now I need to go and do some Gluten-free baking as we have neighbours coming up tomorrow to watch the last three episodes of Game of Thrones which we recorded for them, and J can only eat gluten-free baking . . .  So, a batch of blueberry muffins using Coconut Flour coming up . . .