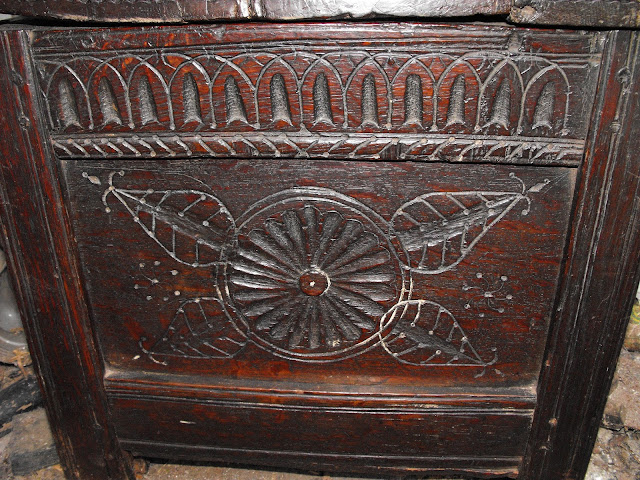 Just a very quick post tonight as I am running late.  These are a few photos of the two beautiful old (and damaged) coffers we bought from auction last week.  The one above and below is staying with us.  We think the carving is West Country - probably Somerset - but I need to do some more research.  I especially like the little "whirlygigs" between the "leaves" of the design.  It has a rather naive look which is appealing.  The top probably isn't original, when you see it from the inside.  This was stuck in a barn under a drip for ten years, which hasn't helped the replacement top - there was sap wood in this area too, which made the damage worse, but my husband assures me he can get it looking much better, so watch this space.  It's only out in the cart shed temporarily, as it had to have some smelly wood treatment applied to the lid.

The pattern is called "quatrafoil", but my original association with Somerset could be faulty.  According to Victor Chinnery (THE name in expertise on period oak furniture - we have his book), Somerset motifs were also found in North Dorset, West Wilts and also Gloucestershire, but by the time they got to Gloucestershire they were often less accommplished and more expansive cuts were used with the chisel.  I don't care really - we both love the naive look and felt it had our name on it! 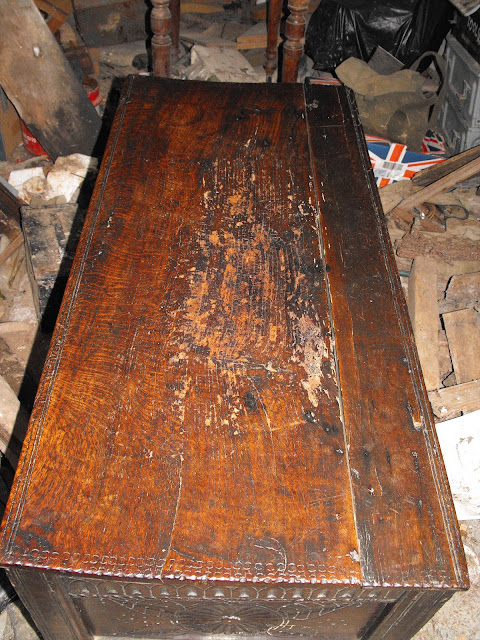 Below, this one we bought to restore and sell on.  I just fell in love with the geometric inlay, though there is a fair job of restoration needed on that to get it right again, but I have every faith in my husband!  This one is proving much harder to tie down, design-wise, and I have a hunch it may be Low Countries in origin.  I will let you know if I find out more.

Both the coffers are 18th C. 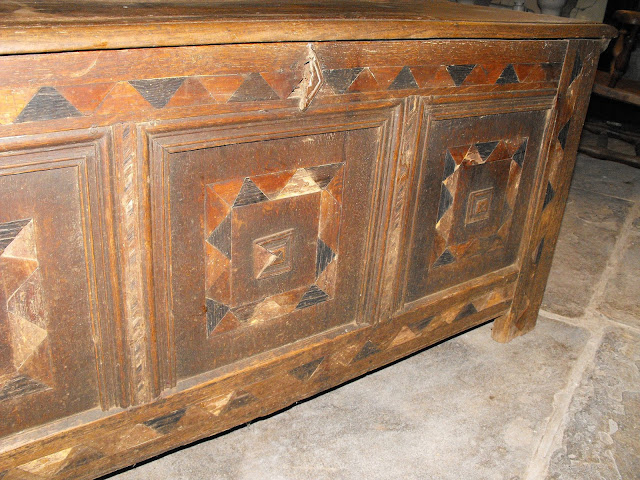 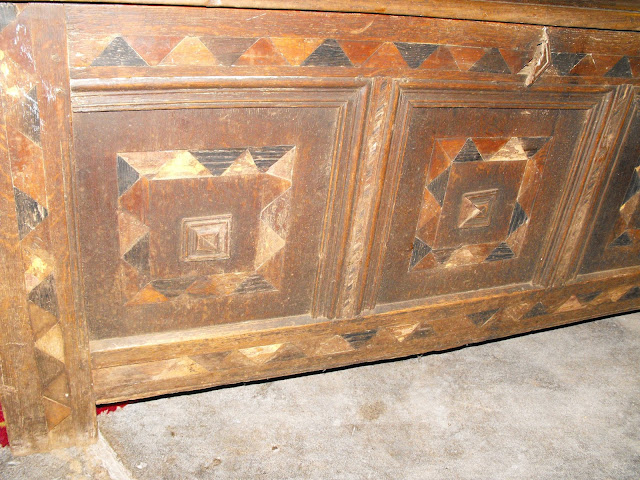 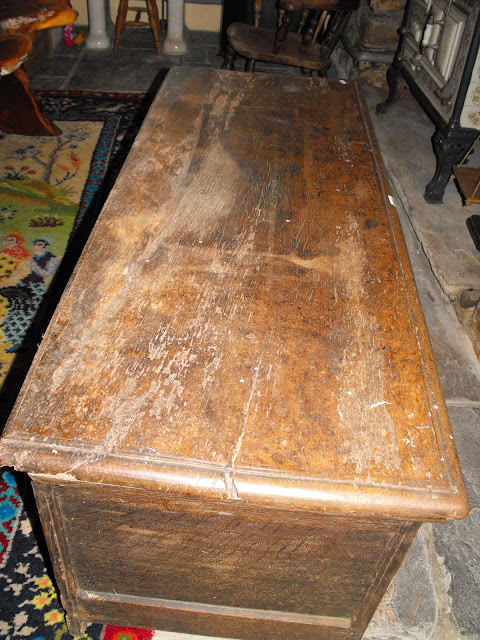