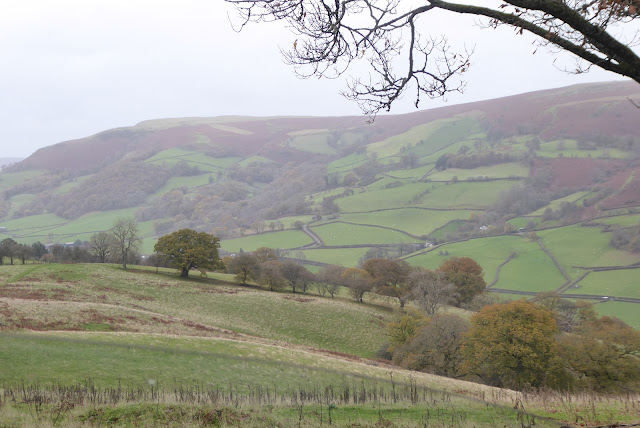 I decided to go to market in Hay yesterday.  There were several things I needed and haven't been to Hay for months, so I had rather set my heart on going.  I don't often watch the local news, so when I got into town and found the A470 shut to traffic, I was surprised.  It turns out that a mini-Tornado (v. localised) the previous day had bought lots of trees down across the road, blocking it nearly as far as Erwood. 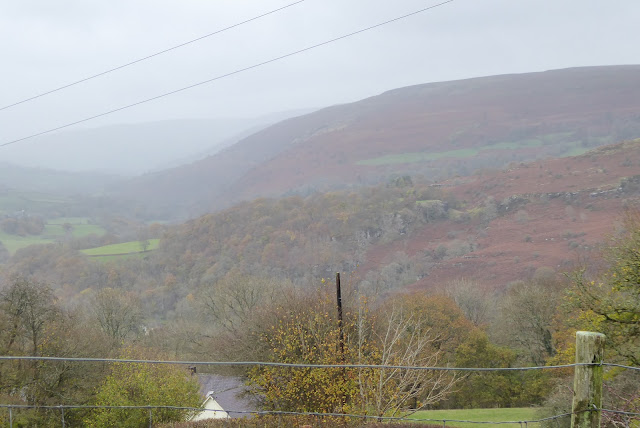 I turned round and headed out on the Brecon road, taking the first turning left for Erwood, which takes you across the last stretch of the Eppynt.  Not a very direct route, but better than going to Brecon and turning Left!  The scenery was lovely, even on a wet day and I noticed two signposts for driving carriages!  Never seen those before.  Bridleways and footpaths too of course.  The Wye Valley Walk also crosses this lane.  Lots to explore next year. 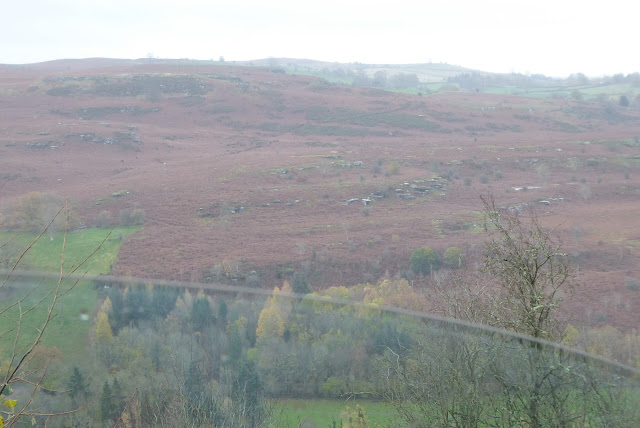 I have to say, it was a single track lane, and in some stretches turned into a stream or was covered in mud.  There was a steep zig-zag towards the end, but then I could see scenery across the valley which I recognized and finally got spat out just before Erwood and another road-closed sign blocking the road back to Builth.  I wish I'd been able to take more photos - there weren't many good places to stop.  Some of the Birches along the slopes had held onto their leaves and were guinea-gold still.  Beautiful.  A statuesque Ash tree in a gully begged to have its photo taken, but of course, I couldn't stop there. 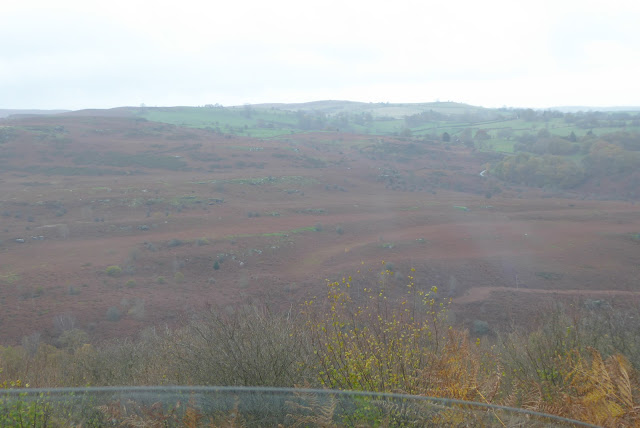 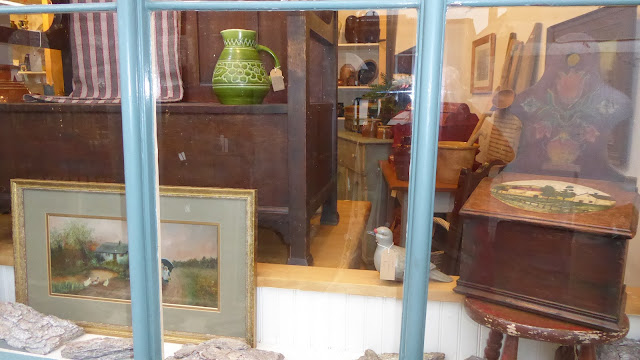 On to Hay, and the rain began in earnest, so I had a quick gallop through the town, stopping at the Health Food stall just long enough to buy two packs of their excellent dependable curry powder (having bought a Tesco Medium curry powder and had two curries ruined when I discovered it was Vindaloo hot, and forgot it and used it again to ruin another curry this week.  It's now in the bin.)  I needed a bag of the lovely big chunks of preserved ginger too (to cover in chocolate for Keith) and also some glace cherries for the Christmas cake. 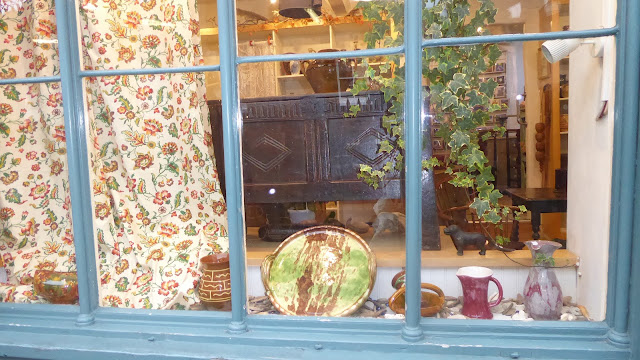 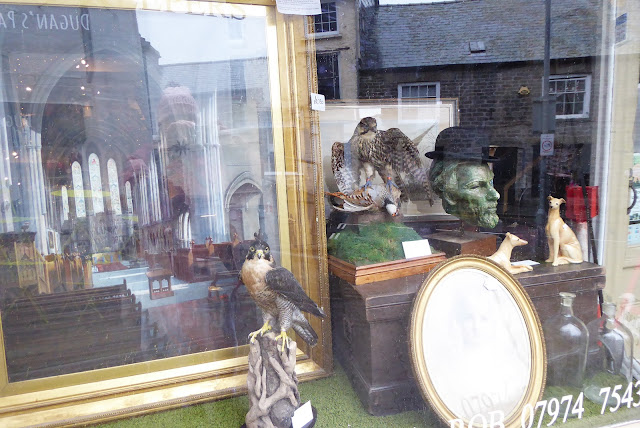 Down to see Rob, but he was shut (perhaps for the season, as Hay gets very quiet over the winter months), so I took a photo of his shop window instead.
The lovely shop opposite has now moved on/shut down, and been taken over partly by the chap who used to have a market stall selling pattiserie goods (I of course came home with an apple strudel for Keith and a Tart au Citron for me).
As I came out of the car park it began to really hurl the rain down and it meant slow driving as you could barely see the road ahead.  I had a vague memory of a yellow weather warning for wind and rain - oh yes, NOT the best day to come out, and I had to go home via Brecon too, and over the Eppynts! 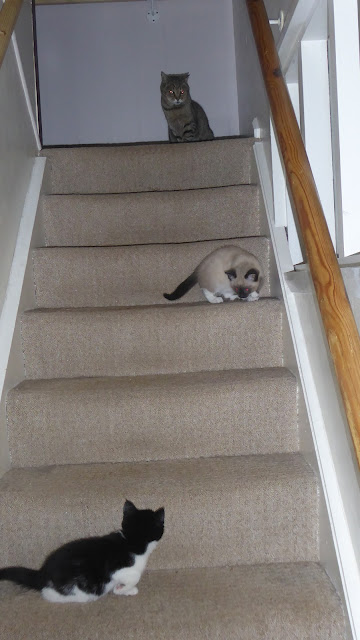 "Uncle" Ghengis is supervising play time on the stairs.  He was playing with them too - pat-a-paws! Alfie is finally starting to accept them but L. Whale still inclined to yowl and run away, or else stand his ground and hiss menacingly.  Hopefully we will get there for Christmas.

The little darlings have just been helping me attach the backing to a small quilt top. You can imagine the sort of "help" this has been!  Including running underneath it, and trying to pull my curved safety pins out, and then grabbing the edge of the quilt and pulling it back!  They are so funny :)