My week in thoughts, especially about Britain and India in our Colonial past 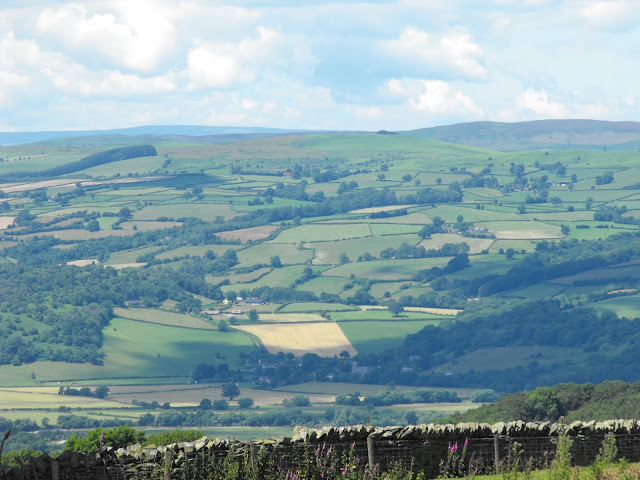 So many things interest me.  So many things are captured by my mind and I mean to write them down on here, share them, but then they are overwhelmed by other thoughts, life events, business - I am sure you have all been affected that way.

At the end of last week we went to an auction.  Many of my late friend A's possessions were in it. The lesser things in boxes - many of them - lovely lanterns; a tall 3-layer ornate china display piece which is no longer in fashion; a box of wooden things which are now collectable and made a reasonable price, mainly as there was a nice old oak candle box in there; her carefully looked-after knitting machine, with extra boxed attachments - which made no money as they are out of fashion and few people would know how to use one these days - or indeed, want to.  A huge dinner set of china, which the auction house had managed to split and sell in separate lots (or perhaps they thought they would do better that way).  The workings of a grandfather clock in a box with some other bits, the auctioneer explained, which might belong to two other clocks from the same household.  He wasn't sure.  (So whoever bought the first box would need to either buy the other clocks (GOOD clocks, collectable) or liaise with the chap who had.)

These I could cope with seeing, although I had helped pack some of them into boxes and the last time I had seen them had been on the living room floor of her cottage.  What did give me a jolt though, was seeing her beloved spinning wheels displayed on top of tables at the back of the room.  They were SO part of her life and it seemed almost like a betrayal selling them.  I overheard two women discussing them - who were both spinners - so I said they came from my friend's home, and she only ever bought the BEST and I knew she would hope that they went to someone who appreciated and used them.  One woman said she had three already, but I laughed and said you can never have too many.  We weren't there to see them sold, so I hope that they did go to loving homes where they will be used and not stuck in a Unit like ours in some other town.

Anyway, we left after we had bought the items we were interested in, and drove on to Hay-on-Wye for lunch.  We followed our usual ritual of going to the Sandwich Cellar in Backfold, and as it was sunny, sat outside to eat our bacon  or sausage baps.  A male Blackbird was busy about our feet, searching for crumbs to take off to his hungry family.  He was very bold - or desperate - and the Proprietor said that he had even been known to fly onto the tables when people were still sat there.  We, of course, dropped a few crumbs for him and he grabbed - then dropped - a large one and there was a sudden flurry of brown and grey and a hungry Sparrow swooped and grabbed it and flew off, all without scarcely touching the ground it seemed!

Whilst in Hay, we picked up the details of a house we had seen, and very much liked, on line.  It was not far away, so we went for a drive-by viewing.  Well, we weren't keen on the village for starters, as it was purely ribbon development along an extremely busy A-road.  Whilst the house was set back perhaps 100 yds from this road, it was still too near - for my health (asthma) and for the cats, who would soon fall foul of it.  Plus there were two adjacent barn conversions which overwhelmed the house somewhat, so we did a three point turn and left.

The countryside is so lovely at this time of year.  I was driving, so didn't get to drink in as much as I would have liked to, but could still enjoy the cloth-of-gold fields of Buttercups, the nodding Cow Parsley on the verges, a sudden rash of pale pink in a damp ditch where the Ragged Robin thrived, Wisteria around cottage doors and the first rash of climbing roses against walls.  The same houses were for sale, with a few new ones and only a couple of sold signs up, yet the agent we had spoken to said they were selling lots of houses.  I always wonder if they just say that to bolster confidence in potential buyers (and sellers).

Today I have been researching the Delhi Durbar.  Not a topic I know much about, which is a shame as it is absolutely fascinating.  There were 3 held, the first in 1877 to proclaim Queen Victoria as Empress of India.  The second was in 1902/3 at the succession of King Edward VII and Queen Alexandra as Emperor and Empress of India (this was two weeks of festivities devised in meticulous detail by Lord Curzon, who was in the parade with Lady Curzon, in a GOLD howdah  beneath a GOLD umbrella, atop a huge elephant bedecked with gold and.flowing richly-embroidered cloth-of-gold tapestries which nearly touched the ground.  Some elephants even had solid gold candelabras attached to their tusks.  The durbar parade was described as "an amazing quarter of a mile of moving gold, gems and genealogy."  Everyone who was anyone in Indian society was there, Indian princes and Maharajas dripping with their most precious jewels which had been collected by their forbears for centuries.  The programme of events included parades of military might, dances, dinner, balls, bands, exhibitions and games of polo and other sports.  The Wikipedia entry, amongst others, gives you an idea of the size and splendour of this ceremony.  We have just realized that my husband's Great Uncle George was there, as a military bandsman with the 17th Lancers, so that will get me researching deeper and perhaps a post on what he might have experienced.

The final Delhi Durbar was in 1911, when it commemorated the crowning of King George V and Queen Mary.  King George announced the moving of the capital from Calcutta to New Delhi, thus strengthening the support of the Indian Princes - just in time for WW1, when of course regiments of Indian soldiers were sent to the Front. 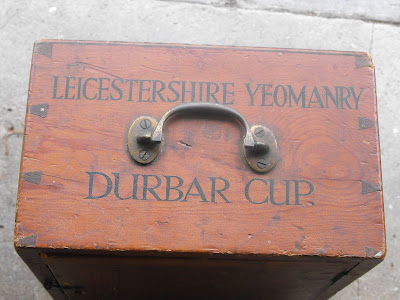 My sudden interest in this period in history?  Well, I have recently bought a wooden box - an empty green baize-lined wooden box.  Nothing special you would think, seeing it from the front, but on the top is written "Leicestershire Yeomanry" and below it "Durbar Cup", which would have been presented to - I am pretty certain - the winning Polo team, probably from this 1902/3 Delhi Durbar, as the 1877 event was largely an official proclamation rather than an organized pageant and celebration involving hundreds of thousands of people participating or visiting.  I am thrilled to bits with its link to this fascinating period in our Colonial past.  The Leicestershire Yeomanry were Lord Curzon's own regiment - not that I think there was any Fifa-type fiddling going on over who should be overall polo champions.  Perish the thought! 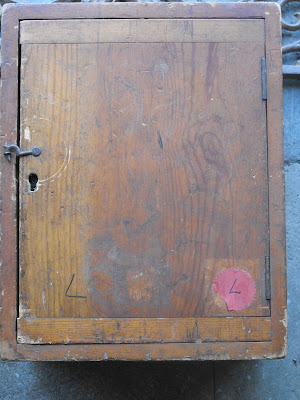 A humble-enough looking piece of pitch pine, but the HISTORIOCITY of it - WOW!!  A real piece of history which, I suppose, really should go to the Regimental Museum . . .
Posted by Bovey Belle at 04:51