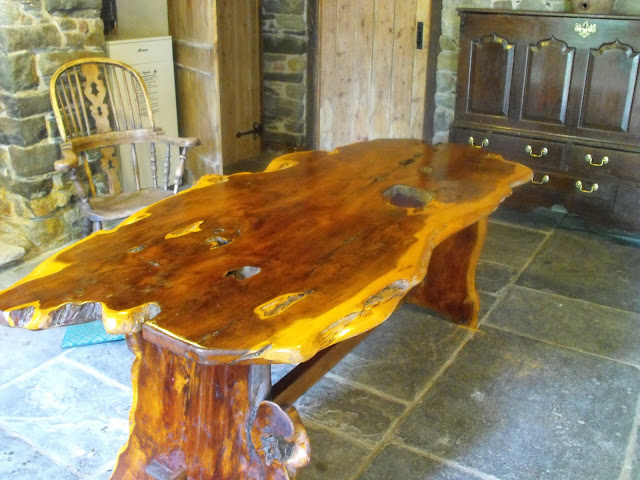 Well, I say finished - what I mean is fully assembled, and covered in oil, prior to being all polished up.  It isn't actually banana yellow on the edges, that's a combination of  daylight and the oil. 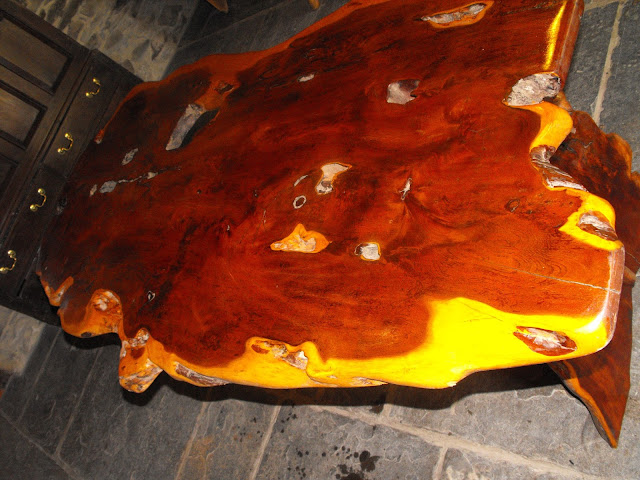 Above and below are taken with the flash, as despite the door being open, the far end of mum's kitchen is quite gloomy.  As you can see, I need to get scrubbing that floor again as OH has spilled some oil on it . . .  As you can see, there is the lovely old hoop back Windsor chair we bought recently, still awaiting attention, but looking nice even as it is.  You may also notice that the new central heating boiler doesn't fit in the cupboard any more, so my OH has to move the doors forward and put fresh surrounds up to take them. 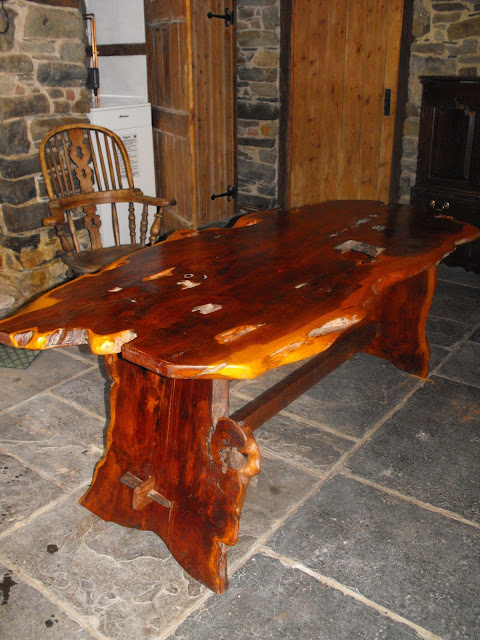 We just love this table, with the natural grain of the wood, holes and scalloped edges.  Very reminiscent of George Nakashima's work in the 1970s, which is possibly what inspired Mick (my late friend Annie's late husband) to start making this.  Unfortunately, his increasing ill health prevented him from finishing it.  I think he would be pleased to see it finally finished. 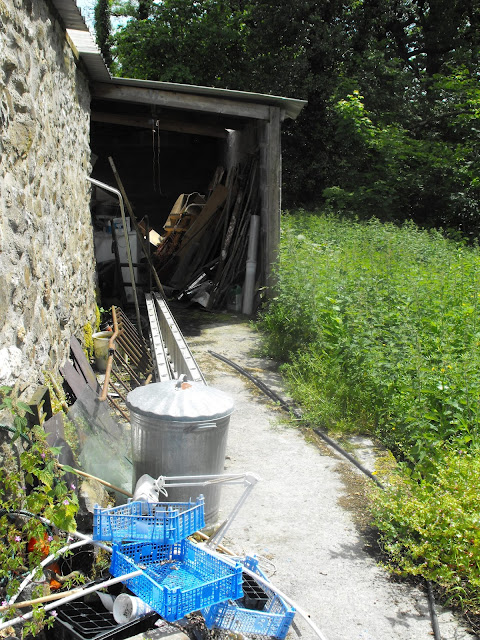 Here are two lots of tidying up to keep me busy.  I began sorting out the barn on Sunday, but then realized that there was an occupied Swallow's nest at the back of the beam - and one fron last year which has been taken over by Someone Else judging by the dome of moss over the top of it.  So I had to come out.  However, I had made a big pile of "useful" cardboard boxes which had accumulated and we had a bonfire on Sunday evening to get rid of them and the brash which had also somehow accumulated at the bottom of the yard.  All the plastics at the front of this picture are waiting to be taken to the Tip on a plastics run. 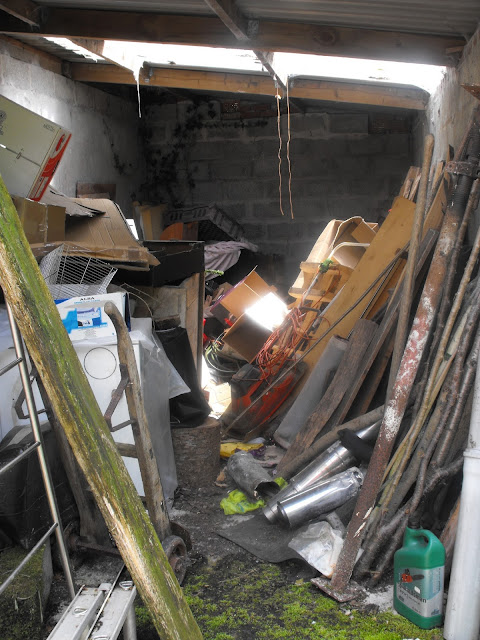 As you can see, it's a total tip - this is where my hay bales used to be neatly stacked, and the feed bins for the horses in front of the hay.  Everything was swept within an inch of its life, back in MY DAY!  My OH is NOT a tidy person!

Anyway, I have been spending my time doing bits out in the garden, but with the pollen levels so high I don't like to stay out too long.  I am just about managing, touch wood, at the moment, by taking an extra bedtime dose of my steroid inhaler, and I have also started taking Spirulina tablets, which help control histamine levels.  So instead of gardening, I have been indoors painting up the staircase, which is now finished bar the backs of some spindles up in the attic, which I need to stand on a plank to do.  I have painted 3 doors today (2nd coat on one and then two with two coats to cover the light green which they were).  All this is in a soft cream colour from B&Q.  I shall be glad to get to the end of it, but there is SO MUCH tidying up and putting away to do, two big wooden floors to polish, curtains to make - all before 1st July if I can stick to my plan.

I'll get there - as long as the paddock isn't cut too soon.  If Next Door suddenly turns up to cut that, I shall be back on steroids and resting up, as my asthma will go off the scale with the pollen levels as they are and gone into astronomical increases from the flowering grass being cut.

Anyway, progress IS being made.  I shall put up a photo of the barn when it's finished.