A little jaunt out 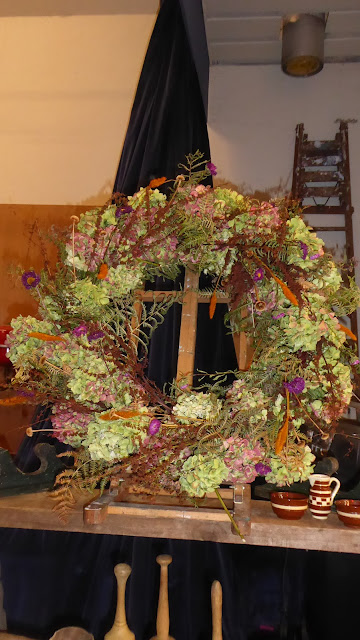 Yesterday Keith and I drove to Llandeilo, for the little  monthly Antiques Fair there.  I just took a few photos of a friend's stall, which is always beautifully displayed, and no surprise that this Hydrangea wreath sold straight away. 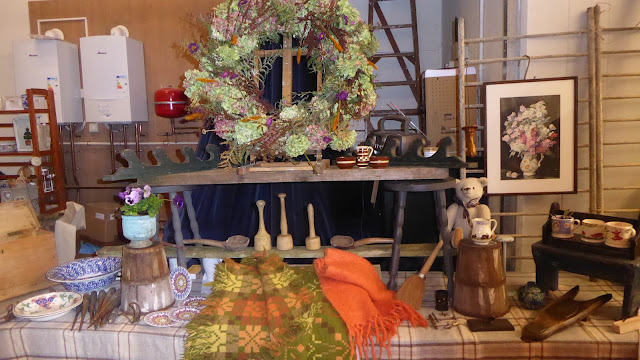 A bigger view - that orange scarf complements the Welsh blanket so perfectly. 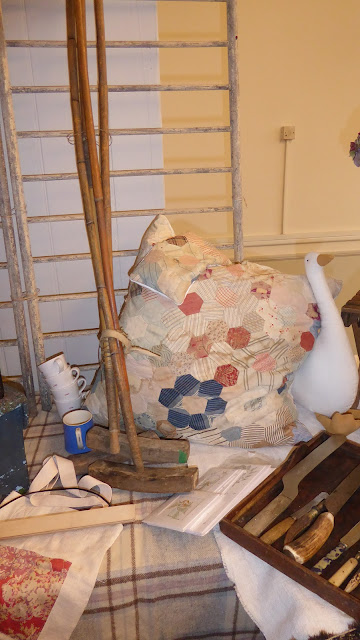 Repurposing of part of a very care-worn hexagon quilt - the fabric was so fine from use and love to bits at the top!  Keith had a great time wheeling and dealing and chatting with friends.  We know pretty well all the traders here, and it was good to catch up on their news. 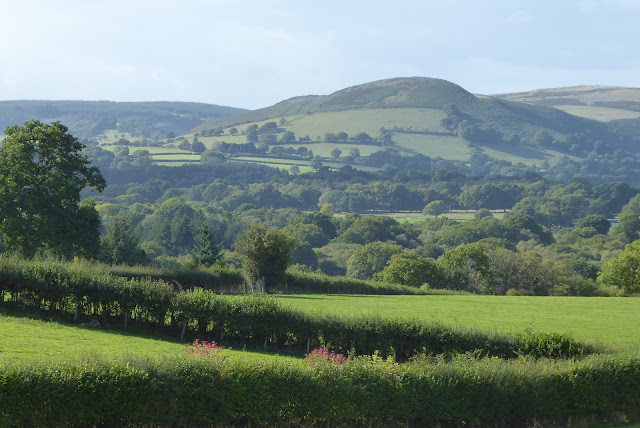 Tam arrived about ten minutes after we got back, and late afternoon we decided to try and find a local nature reserve near Newbridge-on-Wye.  Just as well Tam had her phone Sat-nav as we'd never have found it otherwise - there was no signage whatsoever! Even Google screwed up, putting in what could only have been footpaths as lanes off the dual carriageway!  Anyway, this was the scenery on the lane to the Reserve. 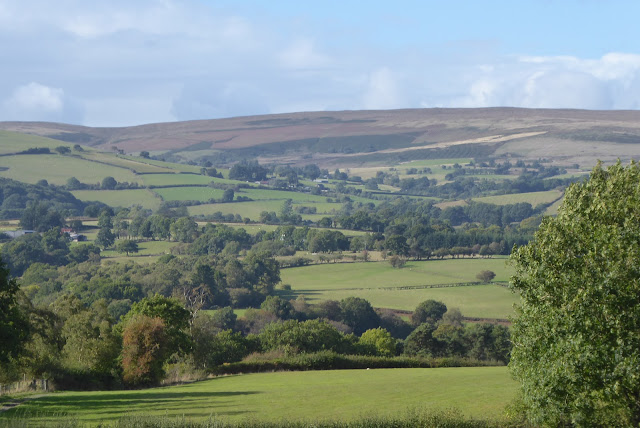 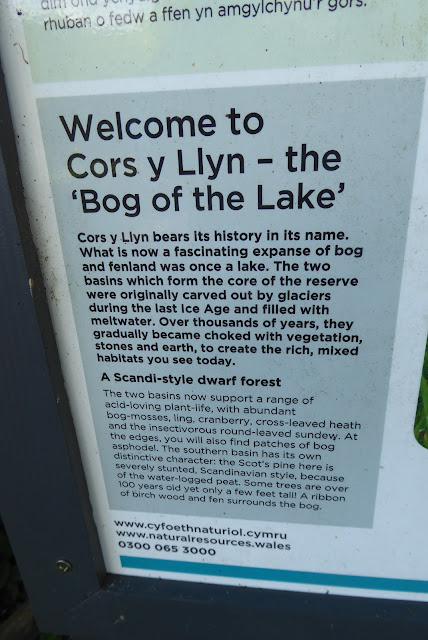 It was only a Natural Resources sign that alerted us to the turning.  As you can see, this is an ancient landscape. 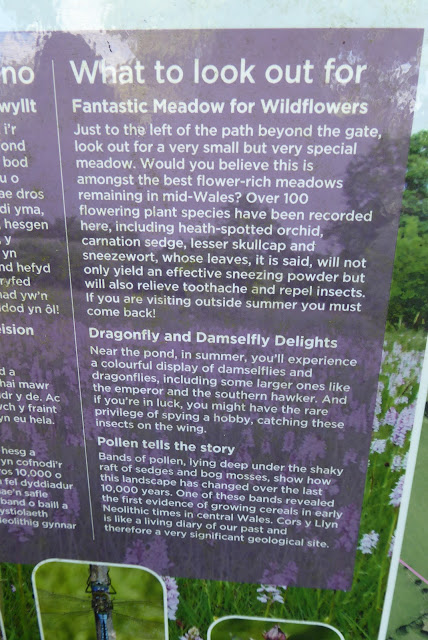 I will need to visit next summer, now I know where to find it. 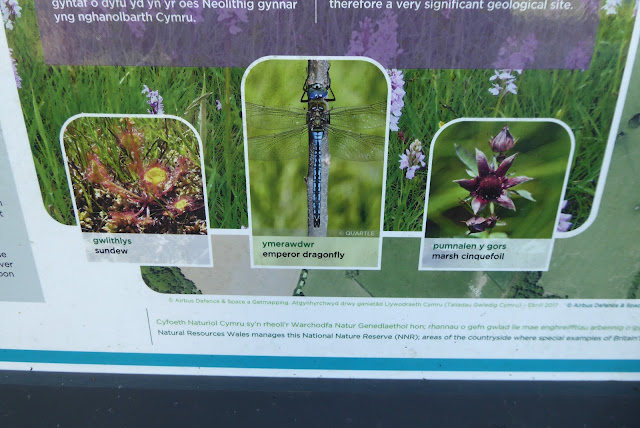 I've never seen a Marsh Cinquefoil before, so would love to find that next year.  It is of common status, but I've never seen one.  Apparently it is related to the Rose family! 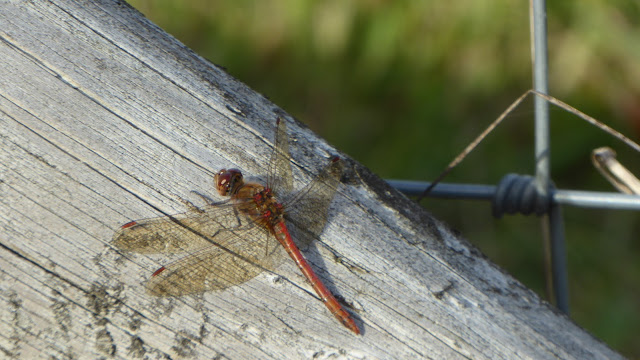 Brown Aeshna dragonfly. There were quite a few around, and some other Damselflies which didn't settle long enough for a photo. 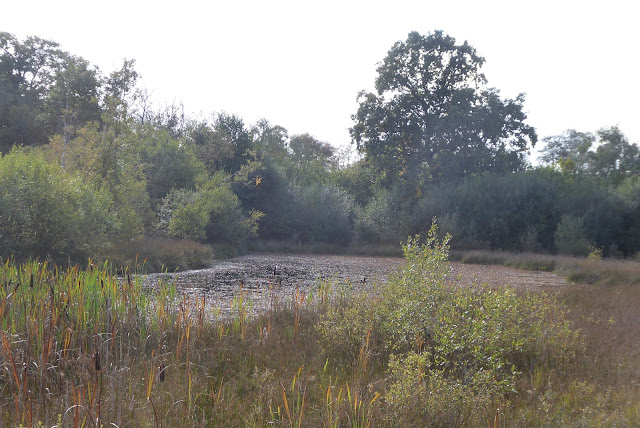 This is their perfect habitat - one of the ponds. 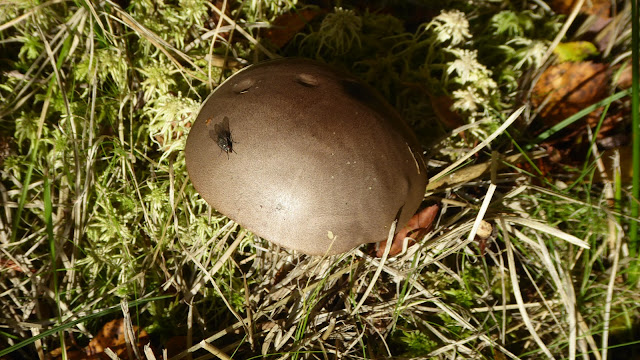 Boletus mushroom - looks like a Cep. I didn't knock it over to check underneath it but left it be. 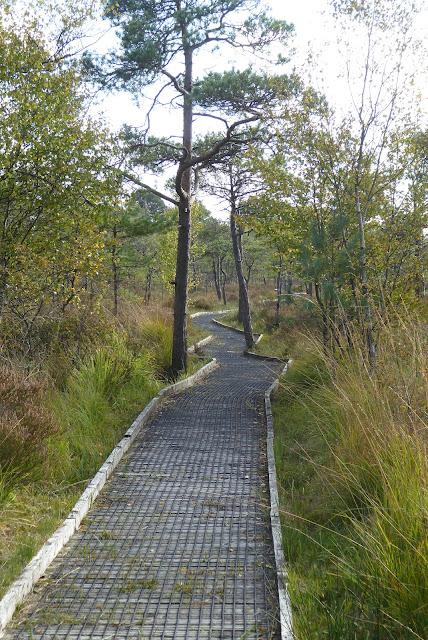 A lovely level walkway which would take a wheelchair or a mobility scooter.  However, the approach to it we took was across a field!, although there was a shorter route which had the gridding plastic down but had become overgrown with grass.  I had been hoping it was like this from the car park so I could take Keith next year. 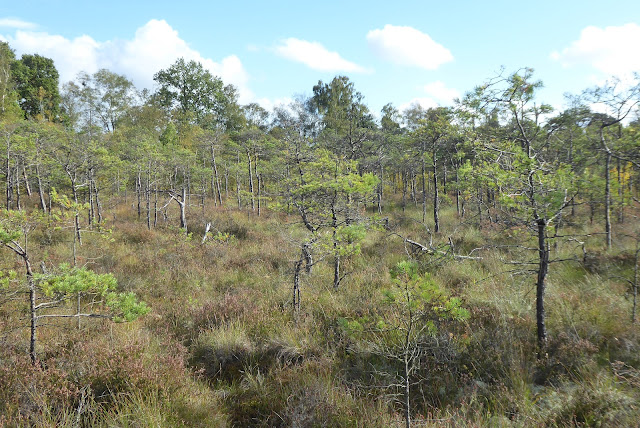 Some of these trees are over a century old but dwarfed from the wetness of the boggy terrain. 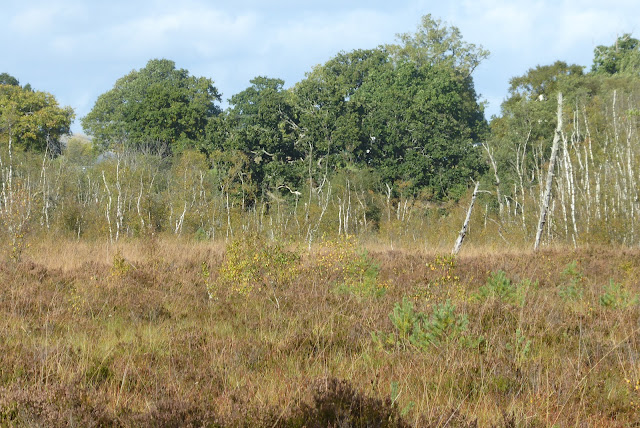 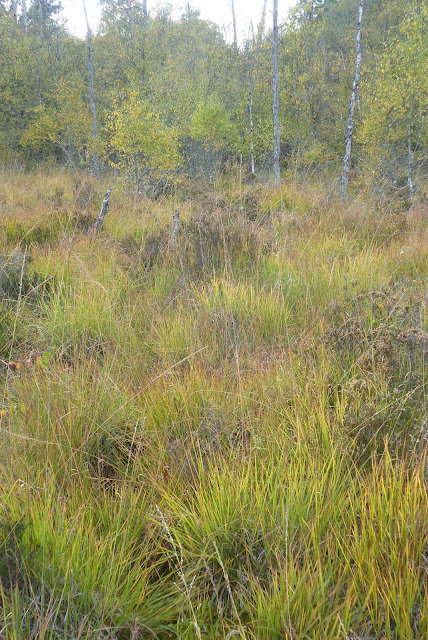 This marsh grass had a lovely golden and orange hue which complemented the autumnal colours of the trees. 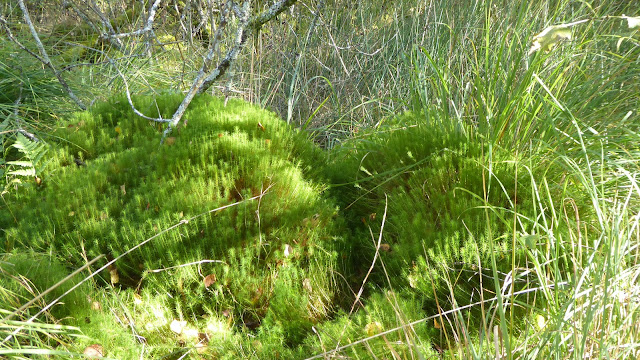 Above and below - lovely mosses grew well in the bog margins. 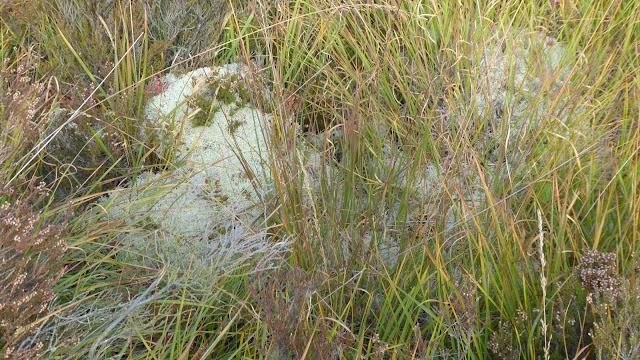 It was a short walk, less than a mile round, but lovely to see such a different habitat.  We are planning another walk today, and I need to try and sort the garden out on the Bank too.  Masses of choked Monbretias need thinning out, and Muck Heap needs to go and feed Roses, Soft Fruit and the orchard.

Now that the House Martins have flown South, I am feeding the birds again.  In the back garden they are going through fat balls like there's no tomorrow!  Lots of Blue and Great Tits, whilst the feeder on the Bank is attracting Robins and Long Tailed Tits.  It does me good to see them and try and count the Tit population.