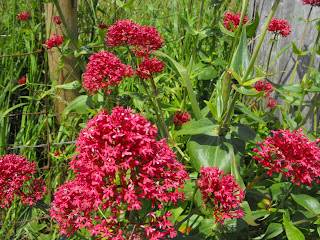 I managed a short (half hour) walk today. That must mean I am better. I am feeling better. I walked where the Romans had walked, or thereabouts (the Roman road was t'other side of the hedge most of the way). It cheered me up no end to be out and about again, and the wild flowers were stunning. 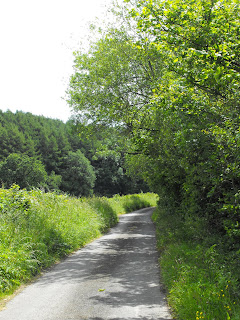 The lane beside the river. 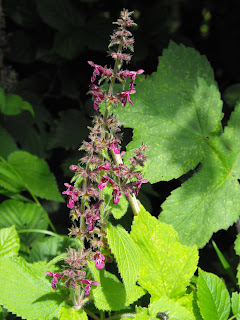 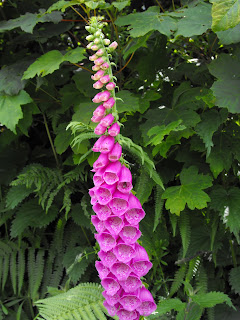 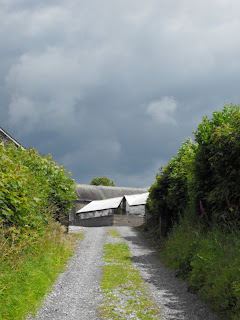 Uphill to the farm, where the clouds looked as if we were due a thunderstorm. 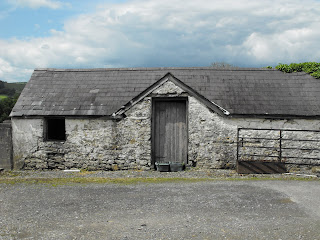 Through the farmyard, where an old building is intriguing. I wonder what it was used for? 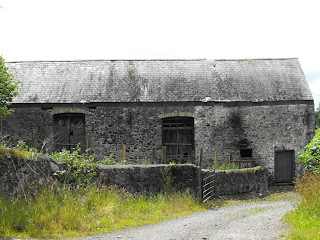 Looking back on the old barn, being left to run down to rack and ruin now by the look of the roof. 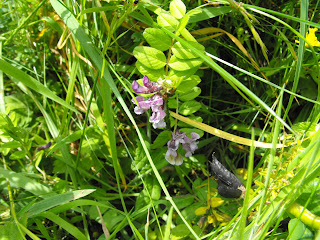 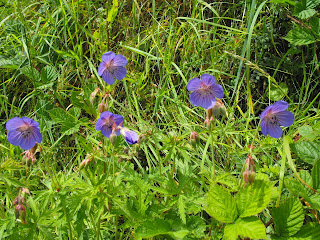 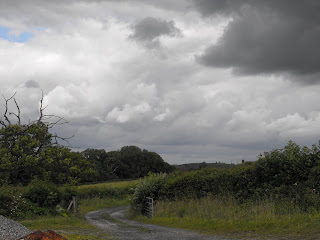 Definitely NOT the Roman Road here because of the bend in it . . . farm track only (it's just to the right of that hedge). 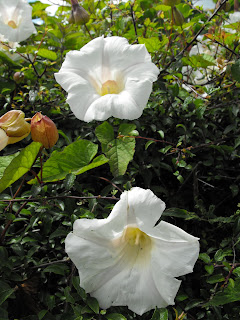 Greater Bindweed. This used to grow all over a hedge near the house where I grew up, and I think Dr. Doolittle should have used one of these when the Moon Moth took him to the Moon . . . 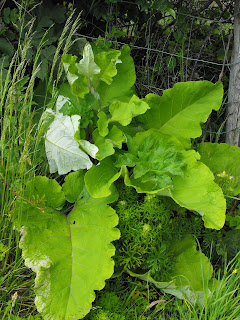 The huge leaves of Burdock - as in Dandelion and . . . 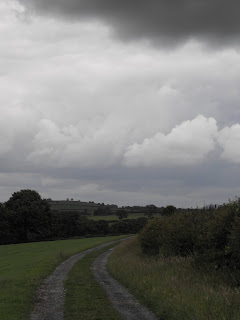 Although the sky looked threatening, it stayed dry. 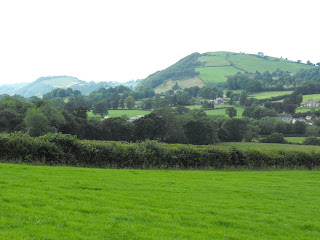 Merlin's Hill (the furthest one) and Carmarthen in the distance. 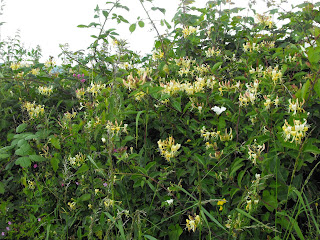 The hedgerows were a tangle of Honeysuckle. When I was a child we used to take one of the little "trumpets", nip the end off and then suck out the sweet nectar. Of course, I taught my children to do the same. 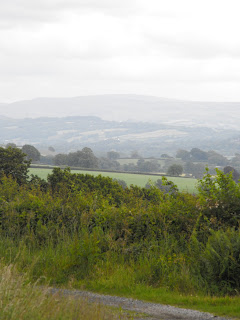 Despite the clouds, the hazy landscape told me that rain wasn't imminent. 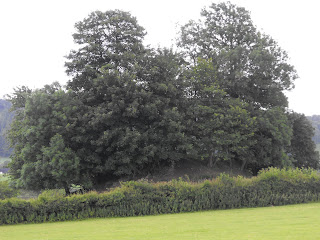 This curious bump on the landscape is Pen-y-cnap. The Transactions of the Carmarthen Antiquarian Society, around the time of the First World War, described it thus:

"This is a small mound castle standing about three hundred yards west of the parish church, and evidently intended to defend a ford over the neighbouring Tywi. It has a height of from 25 to 30 feet, and a summit diameter of about 50 feet. Long prior to the formation of the present plantation, the top of the mound had been a garden, but there still remain slight traces of the depression so frequently found in the centre of the summit. The encircling ditch is much filled in. Of the bank surrounding the bailey only a very faint outline exists; it seems to have measured about 200 feet in length, by 150 feet in breadth, and ended in a point. The external ditch has altogether disappeared. On the slope of the mound are slight remains of walls, of no defensive intent. The lane which skirts the south of the earthwork, between it and the river, is part of an early trackway from the village to the Aber Cothi ford across the Tywi." 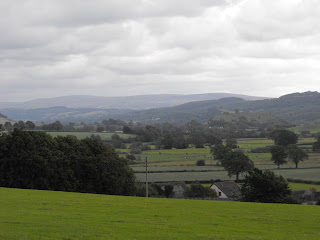 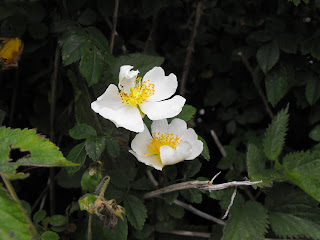 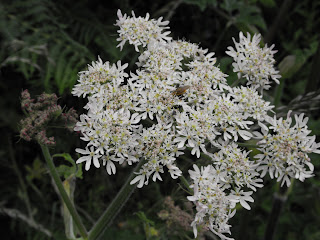 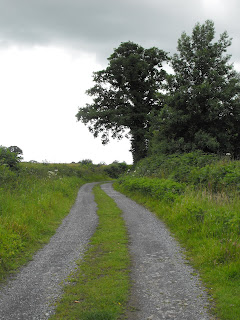 The final part of the trackway, and still edged with bracken, as it probably always has been. 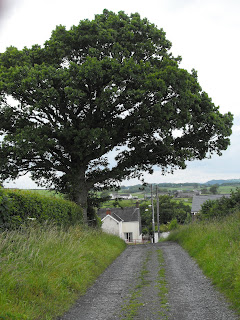