Our house and its place in local history 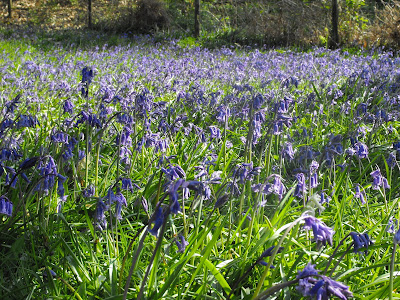 The days seem to be going past so fast at the moment.  Remembering last summer I am trying to make the most of every moment of sunshine, and enjoying it to the full.  My cooking apple tree which is still thriving despite keeling over a few years back, is in full bloom and has a Jackdaw perched on it, with bees still busily working all around him.  I saw a sunny wall-side garden in Llandovery today, where their Aquilegias were in full bloom.  Elsewhere, my garden included, they are in bud, but not full bloom yet, and I know from the gaps in the border that I have lost some of the more interesting colours and petals.  Sigh.  That includes a small pure yellow one which was struggling last year and which I didn't manage to get seed from.  I think I need to visit Touchwood Plants again and get some more seed or young plants.  I need to phone and find out when the Garden is open for viewing - should be any time soon.

Anyway, our jaunt out today  got us another replacement chimney pot and cowl (though not as cheaply as the pair bought last weekend.)  We found that one of our present cowls was cracked so needed replacing, and the pot we bought on Sunday is just a tad too large to be one of a pair on the North chimney stack, so we will sell that (hopefully) at the car boot sale.  It was a nice drive out to beyond Llandovery, and we stopped for a wander round the charity and antique shops on the way home.  I found an elderly paperback edited by Fred Archer, about Country Life, which was just my sort of book so I blew £2 on that. 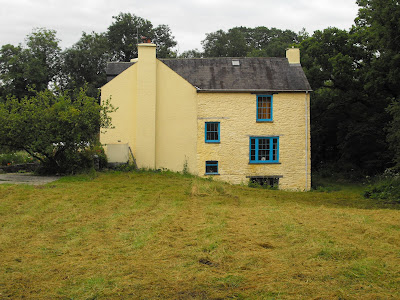 The current building works/repairs have shown that our little back kitchen window was once a raised doorway to the house, approached via steps.  We thought we had the same on the opposite side of the house, but it is actually a window.  We can also now clearly see that the front half of the house was the original Medieval (15th C and earlier) Great Hall, although much-modified (Georgian proportions) in 1718 according to  the plaque over the doorway), and again in early Victorian times.  It is fascinating finding out the history of our house, which may date back to the 12th C, according to a carved stone in the wall of our local church.  The family who were here in the 15th C joined the Welsh army of Henry Tudor (subsequently Henry VII) gathered by Rhys ap Thomas and marched off to Bosworth to do battle with Richard III.  As a result, one of their sons was made Esquire to the Body of Henry VII . . .  How strange that I should now be living at the home of the one family and volunteering at the estate of  the other . . .  Oh, and that our wonderful builder also had an ancestor involved in the battle - how weird is that? 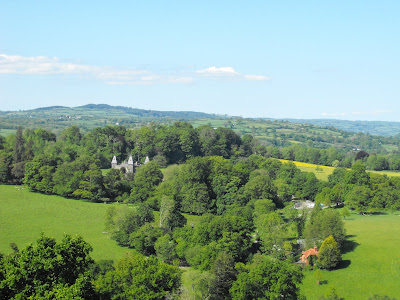 I am busy with crafts at the moment - and repairing old stuff to sell.  New frames for old pictures, re-upholstering a couple of stools, patchwork, all sorts.

Healthwise, I am on a strong course of Steroids again and took my last antibiotic (of a 2nd course) today, so hopefully I am on the mend again.  I am feeling a bit more energised, but the Pleurisy is still there in the background and I remember it if I am climbing anything much more than a gentle slope or trying to run up the stairs here.

The bluebells in the top photo, by the way, were photographed in the orchard of Thomas Hardy's Cottage last year. 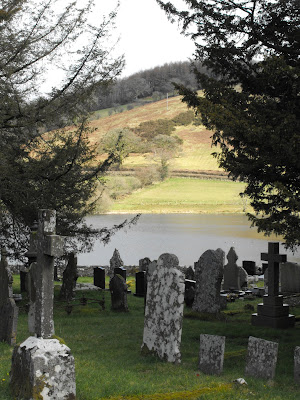 The lake beside Talley Abbey.
Posted by Bovey Belle at 12:05