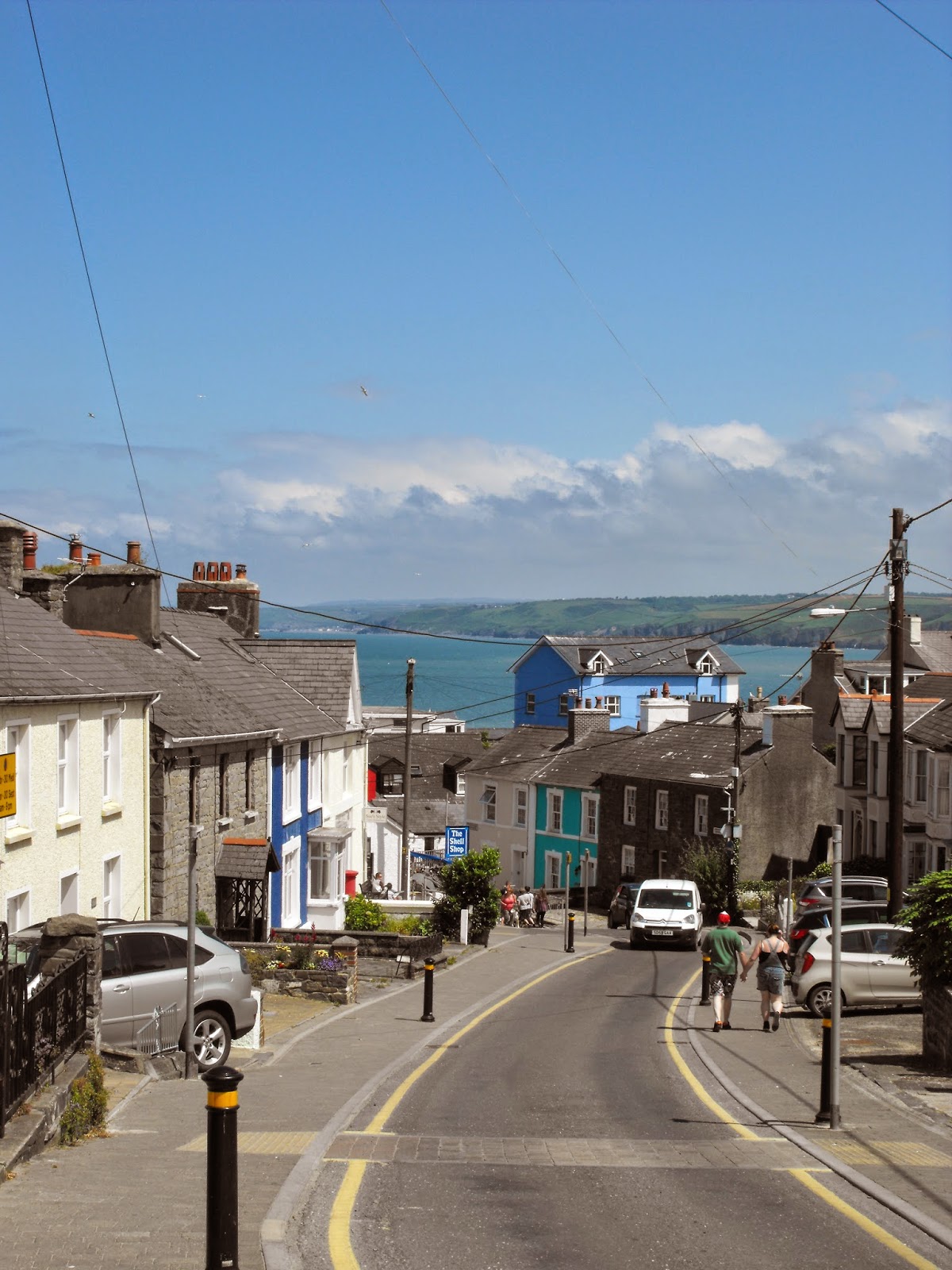 A little bit of August seaside sunshine to combat this morning's hard frosts . . .

A fresh post on Ivor Gurney, over on the Edward Thomas blog. 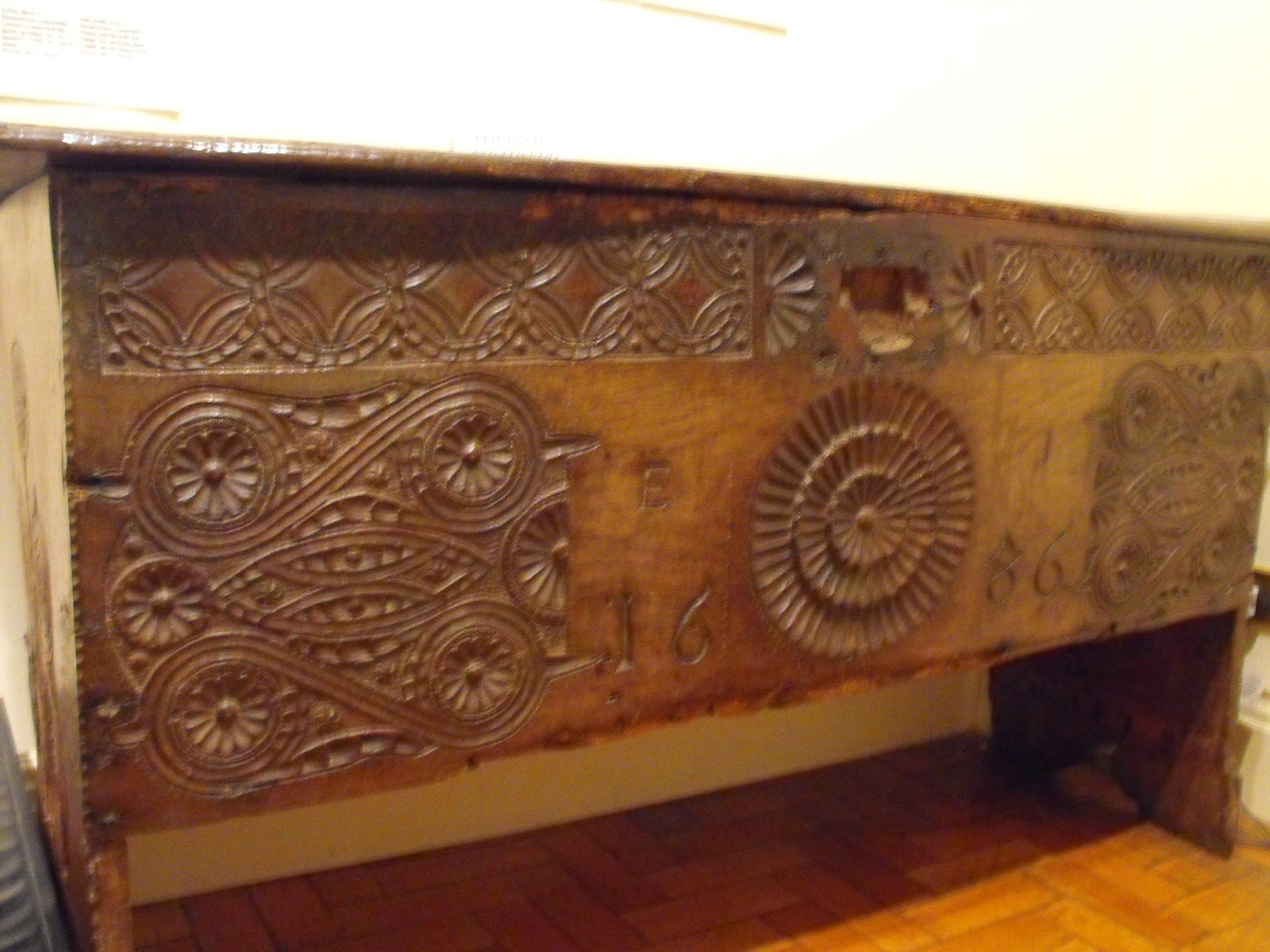 Now this is what I call a beautiful piece of furniture.  This chest was made and carved with traditional Carmarthenshire designs in 1686.  Lovely.  Below, is the design on one end. 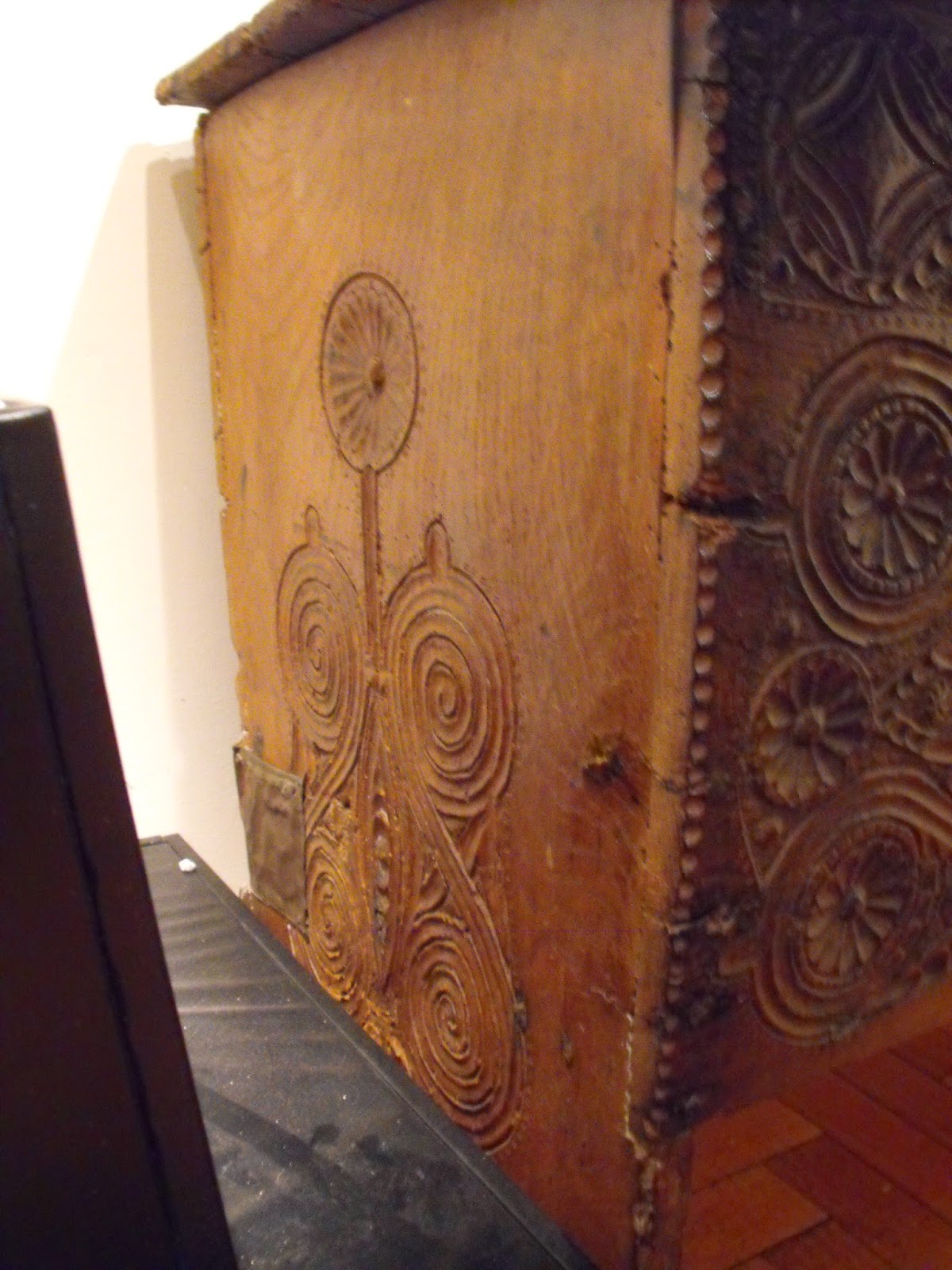 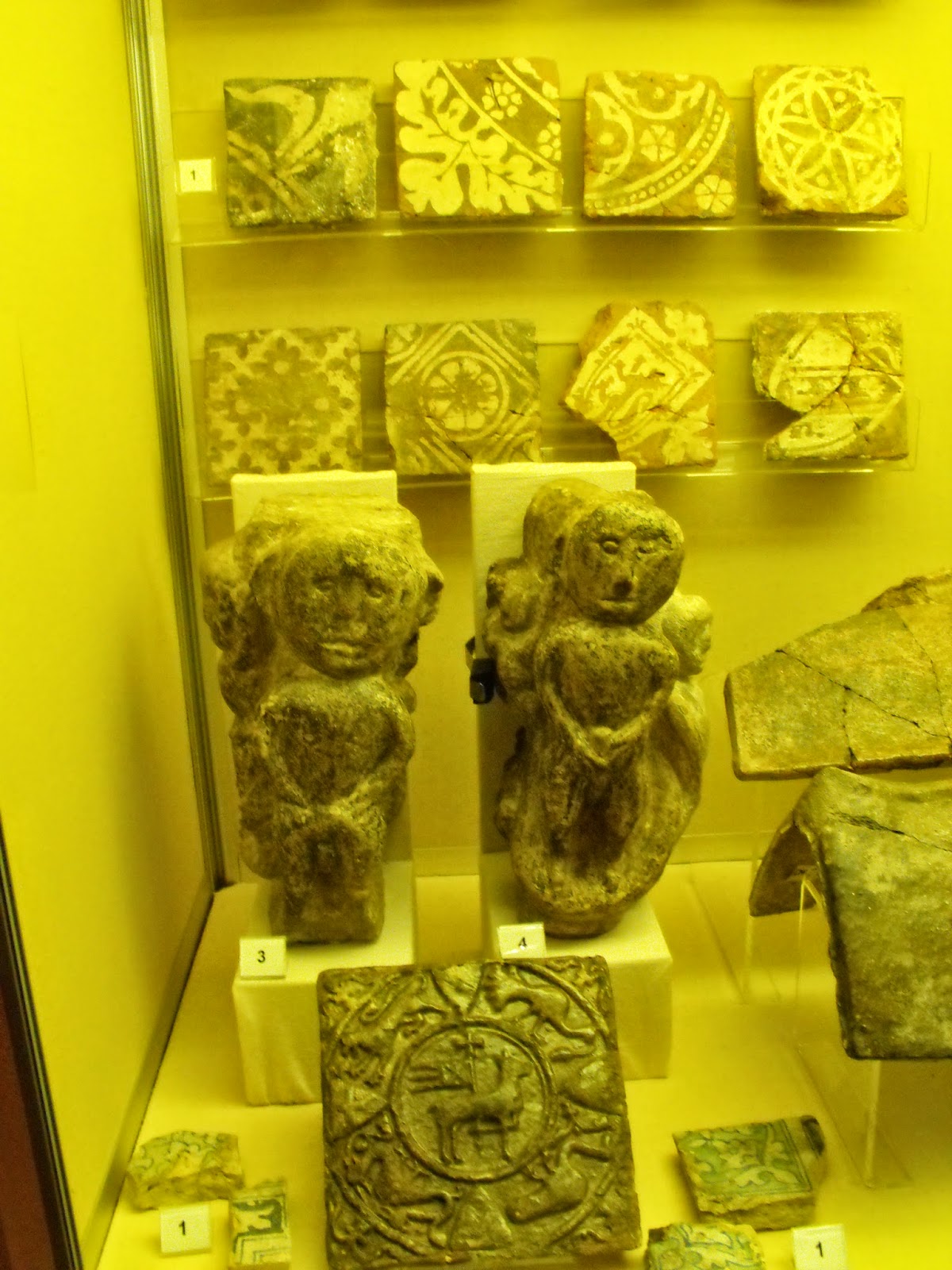 I was taking photos of the Medieval tiles, some of which came from Greyfriars in Carmarthen, which was the home of the Franciscan Friars in Carmarthen, until Henry VIII's Dissolution of the Monasteries.  Only when I looked at this photo prior to writing this did I notice two Shiela na Gigs flaunting their all in the middle.  Oops!  In Carmarthen too . . . 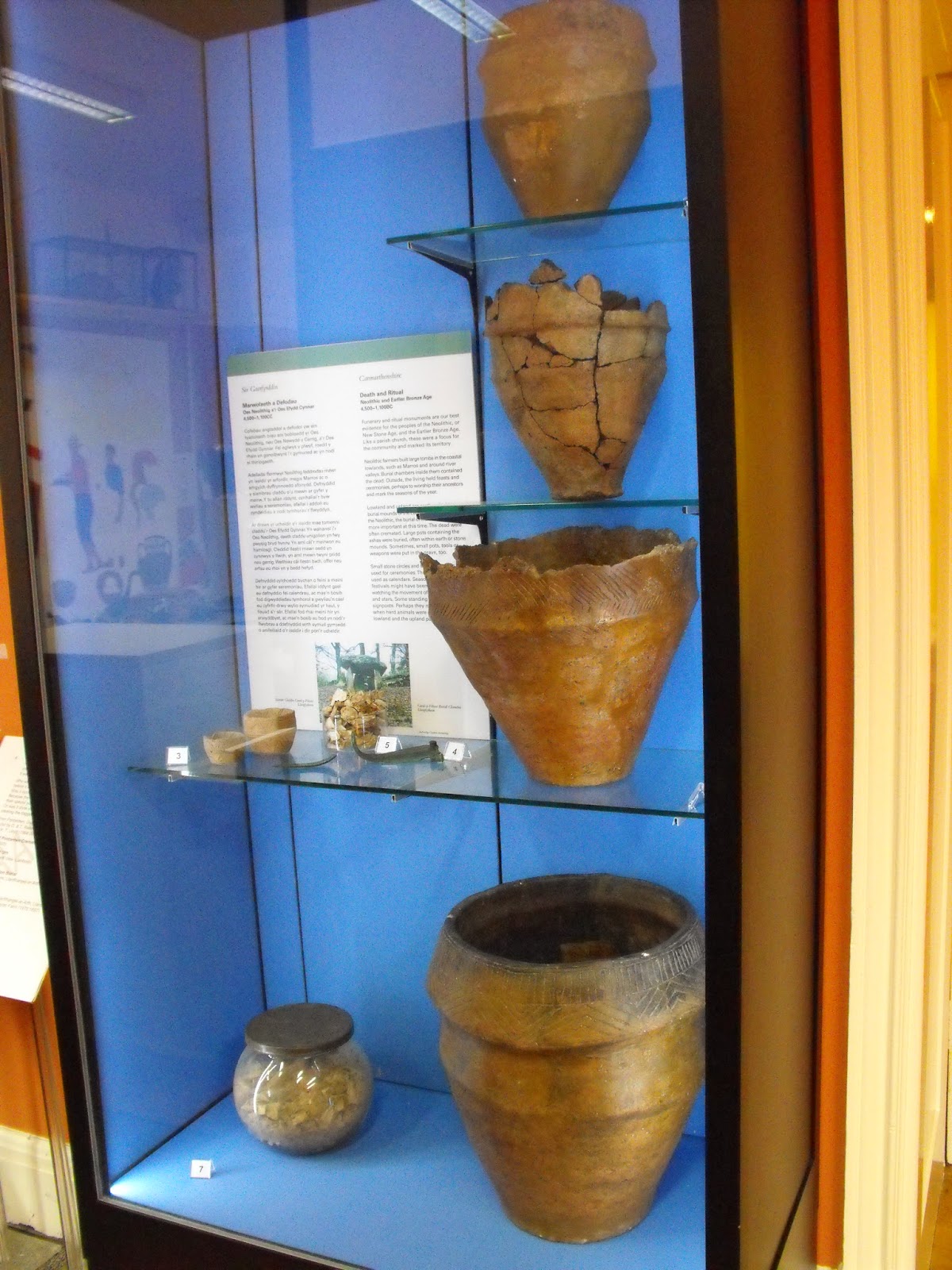 Self explanatory - see notes below. 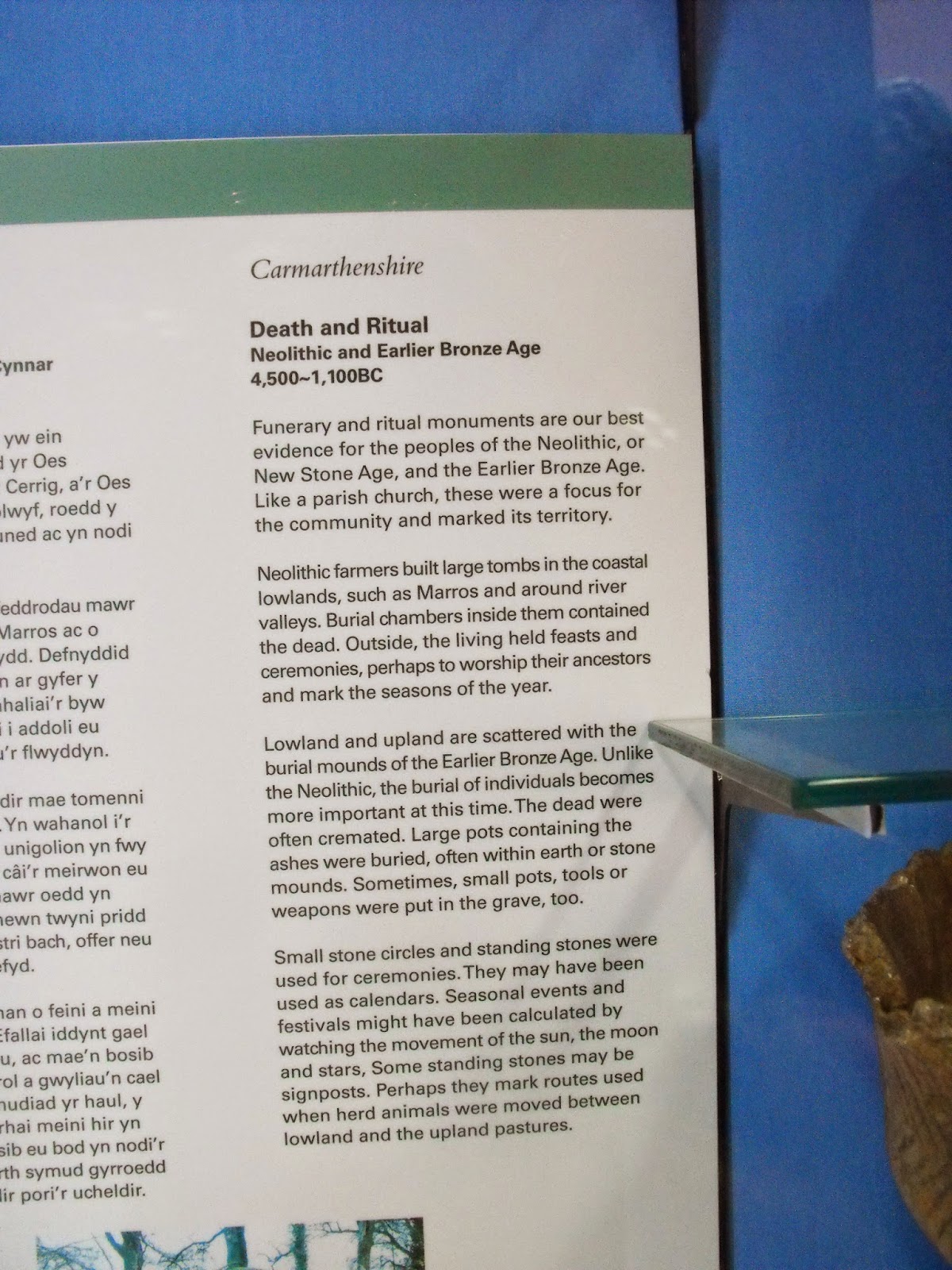 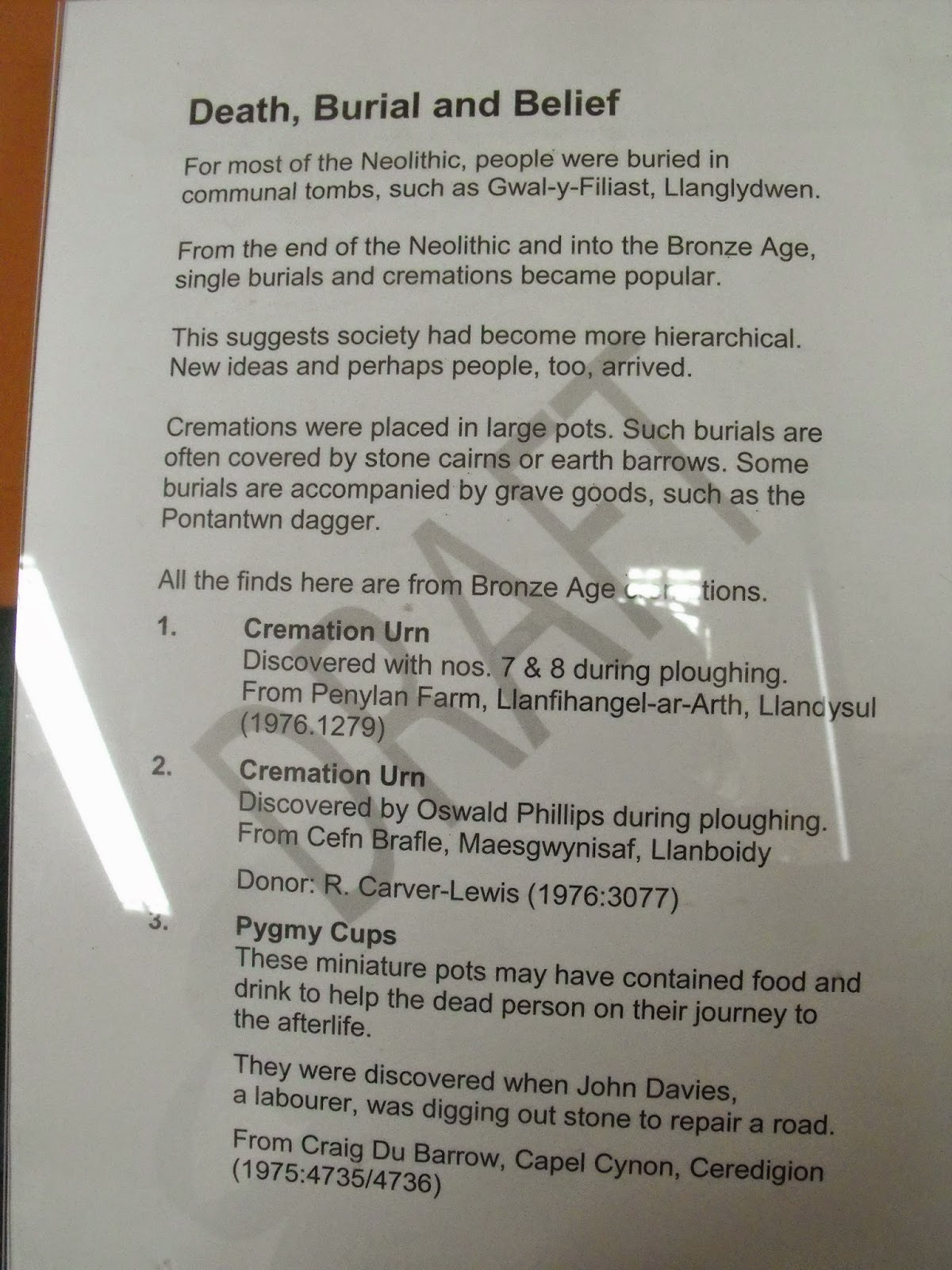 The Pygmy Cups are on the left of the middle shelf. 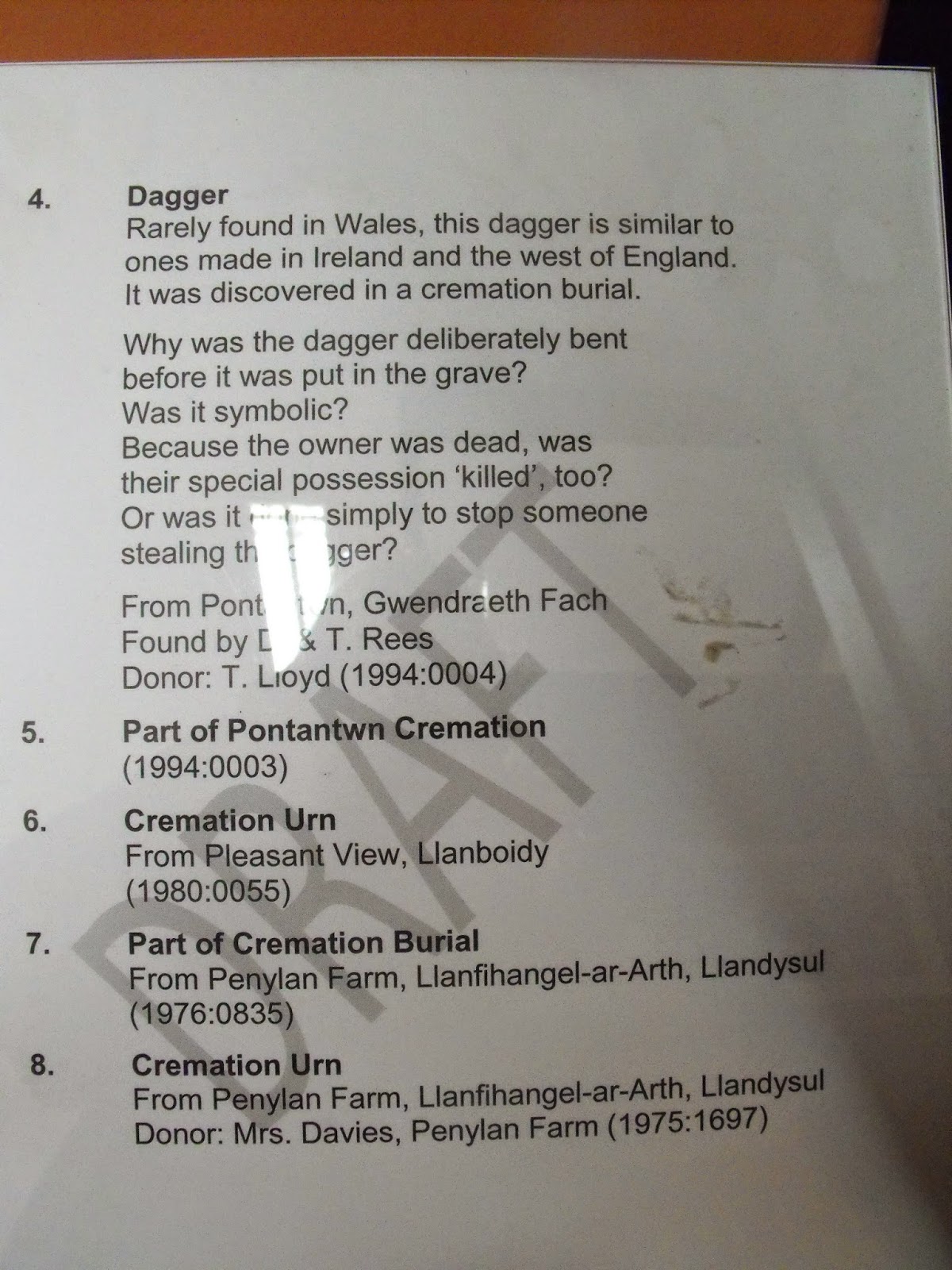 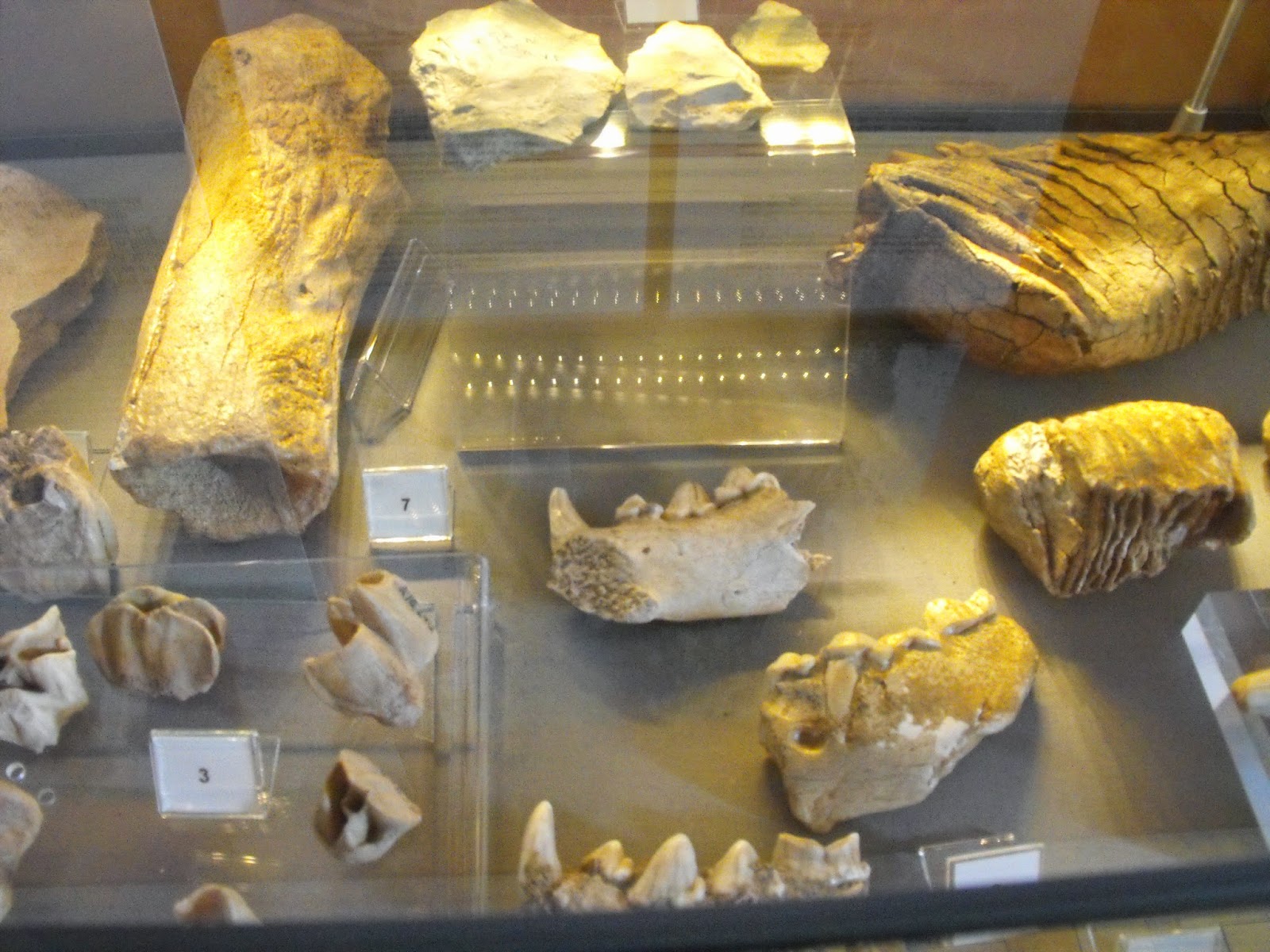 Above, various remains from 100s of 1000s of years ago in the form of bear? jawbone, Mammoth tooth, etc. 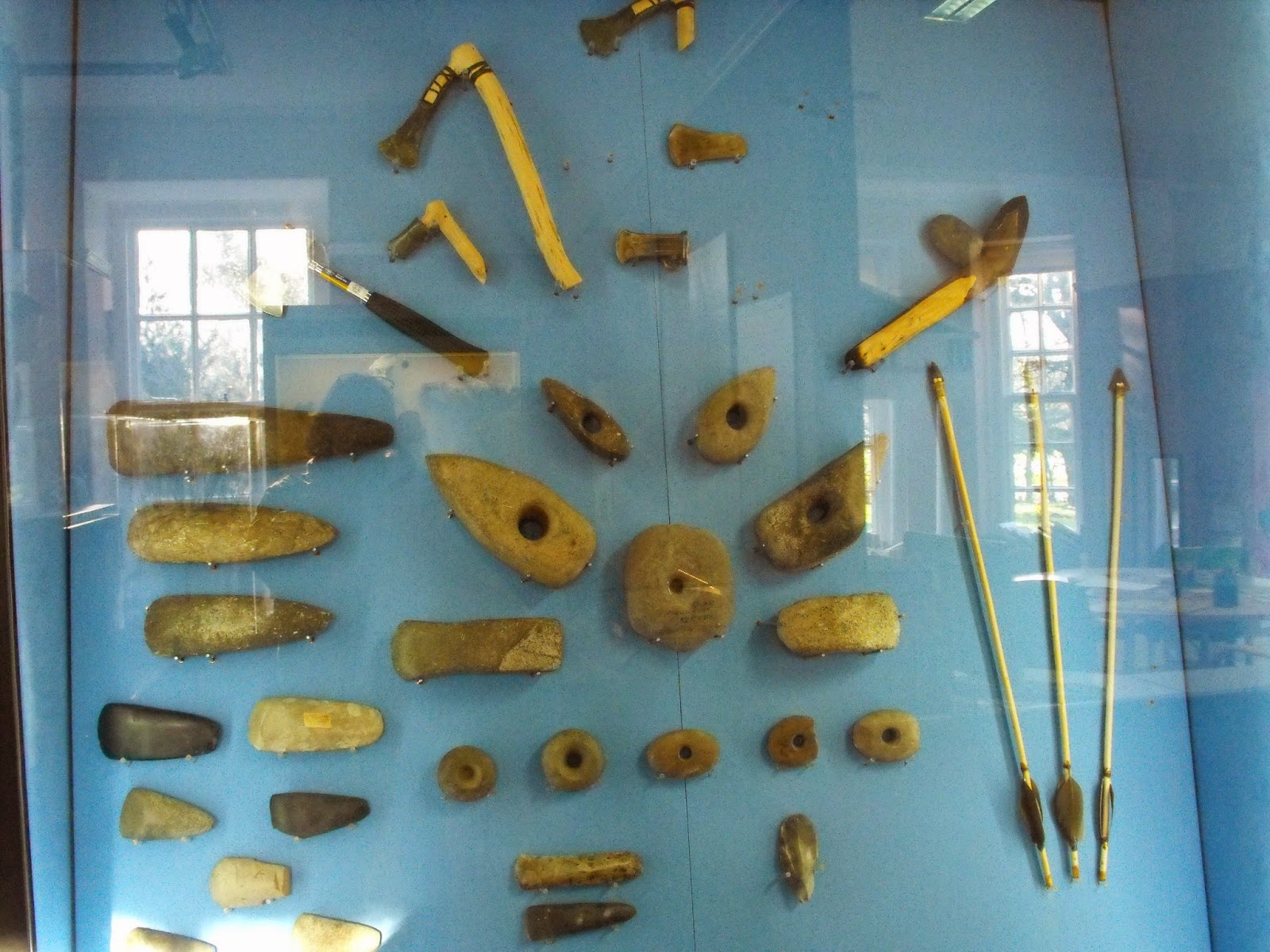 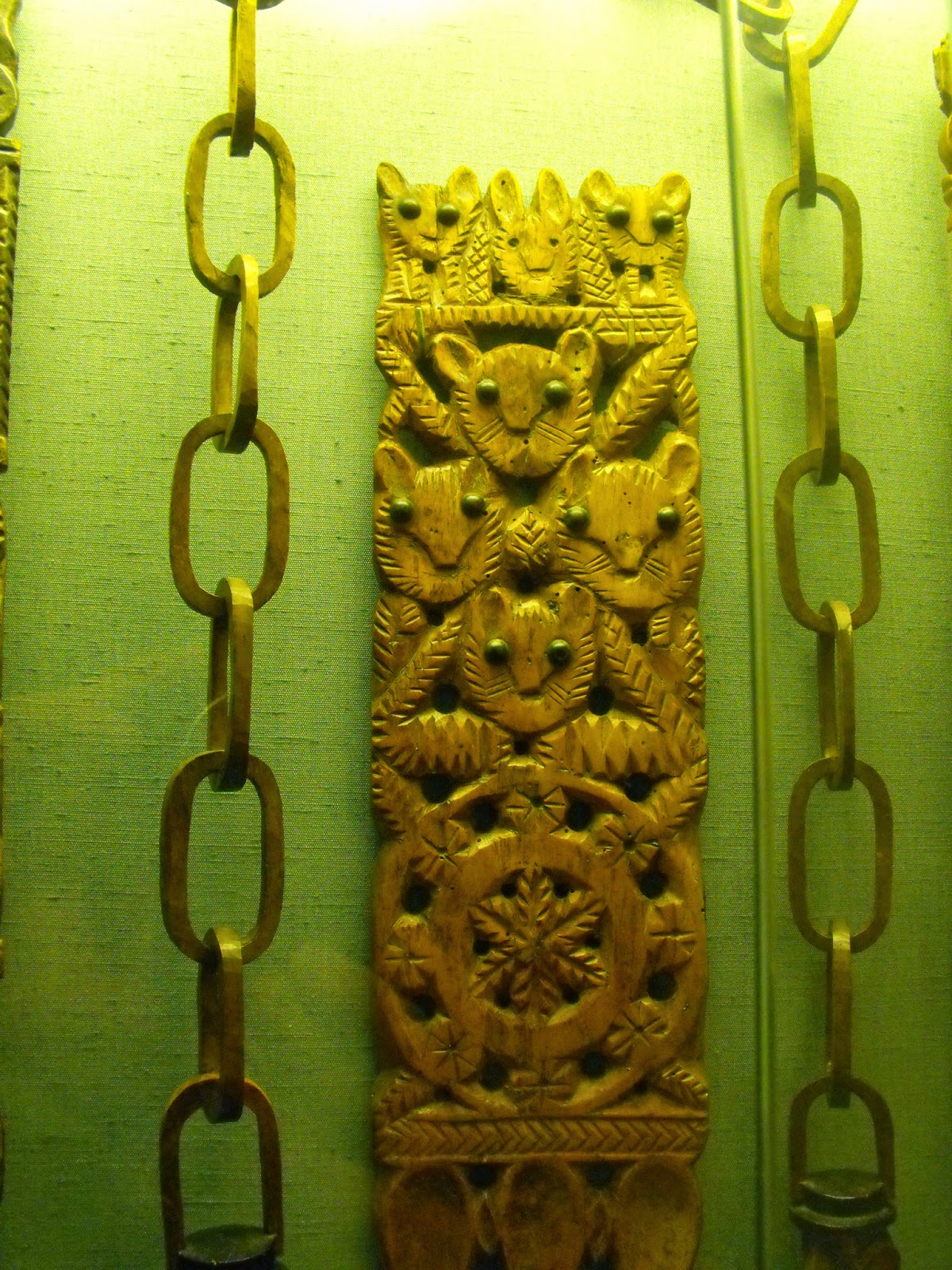 Love spoons were made by chaps to give to their girls, as a token of their love.  All I can say is, whoever made this WONDERFUL love spoon with little Harvest mice on it, had great skill, and loved his girl with all his heart.  She must have said yes on receiving this : )  (Little bunny in the centre top row).  The chain links to either side would have been carved from a single length of wood.  Amazing craftsmanship. 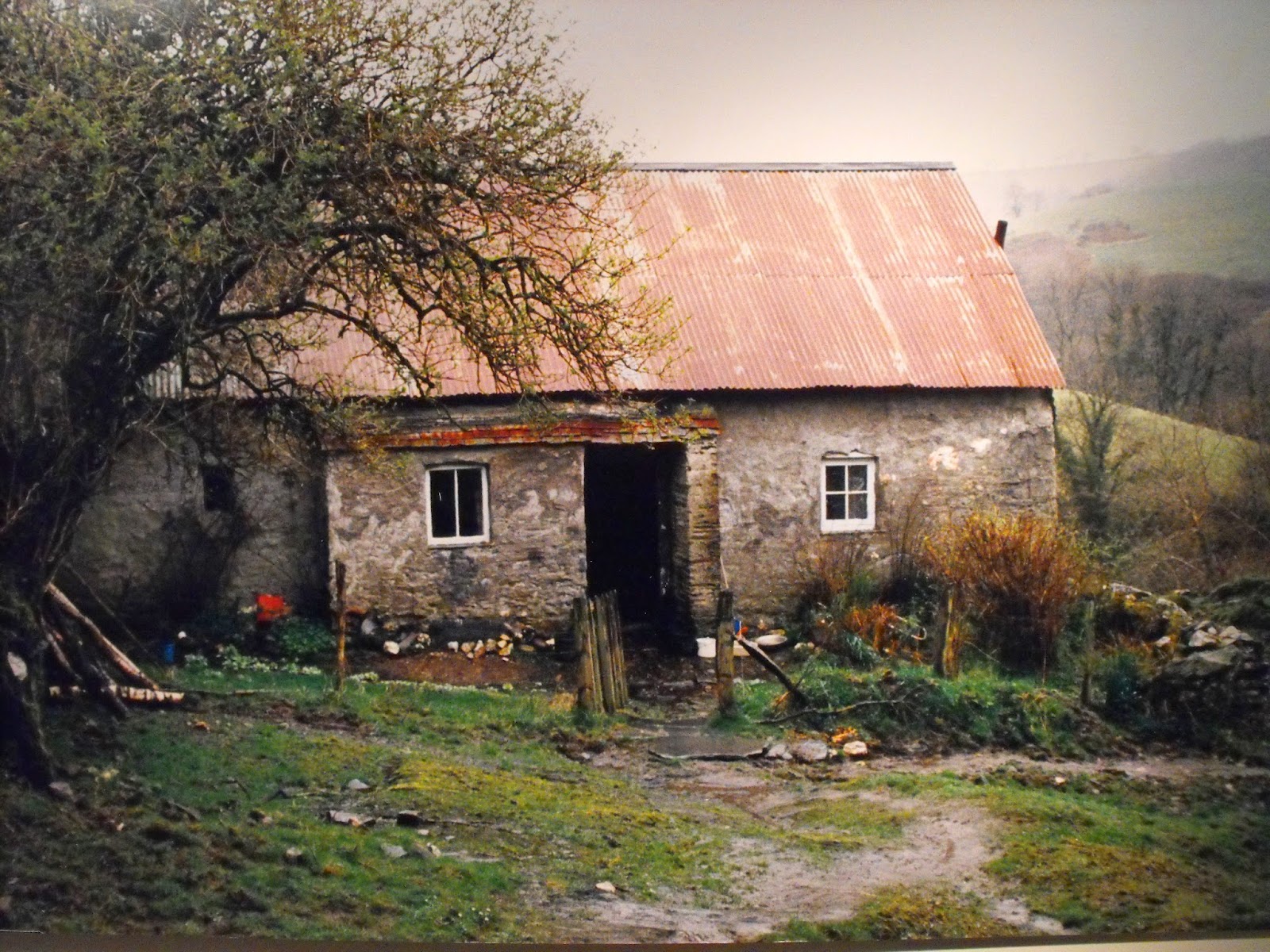 This little cottage is Penrhiwbeili farmhouse in its final incarnation, when the steep thatched roof had been replaced with wriggly tin.  I would think inside it was pretty basic - loo up the end of the garden for certain!  The room settings below show it as it was before the contents were donated to the Museum and the rooms laid out as they had been lived in up until the end.  Sorry about the glare, as it is all behind glass. 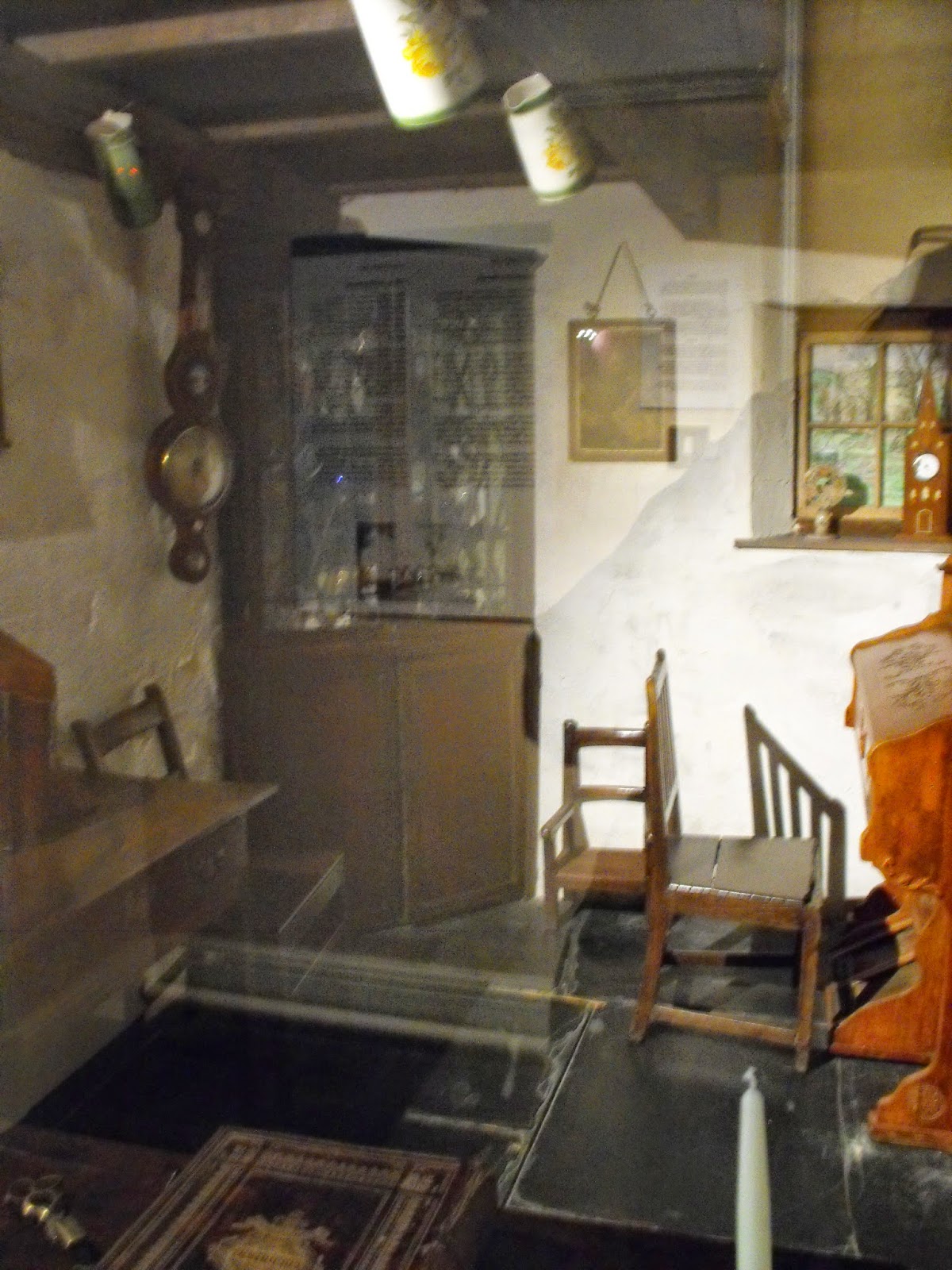 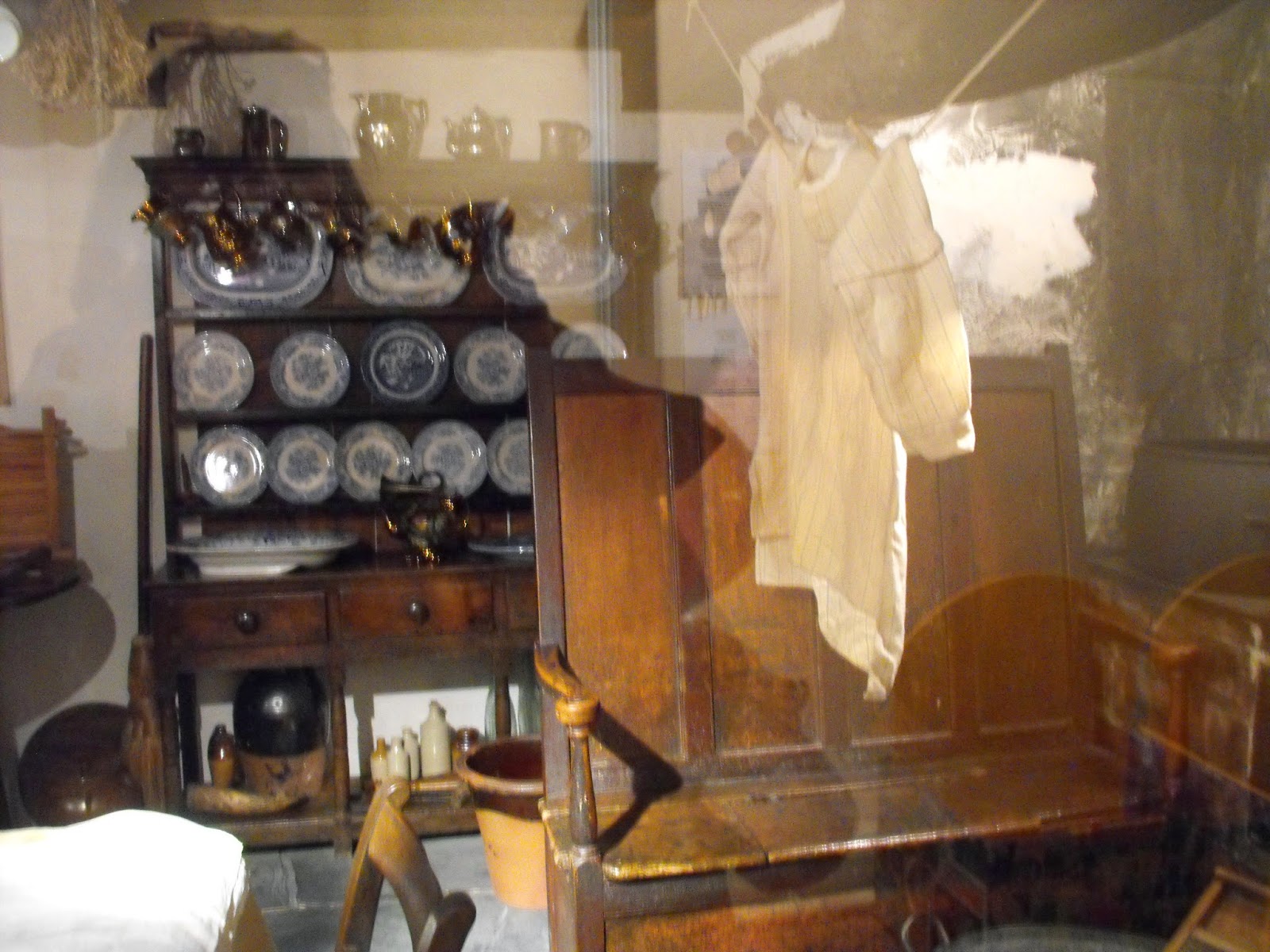 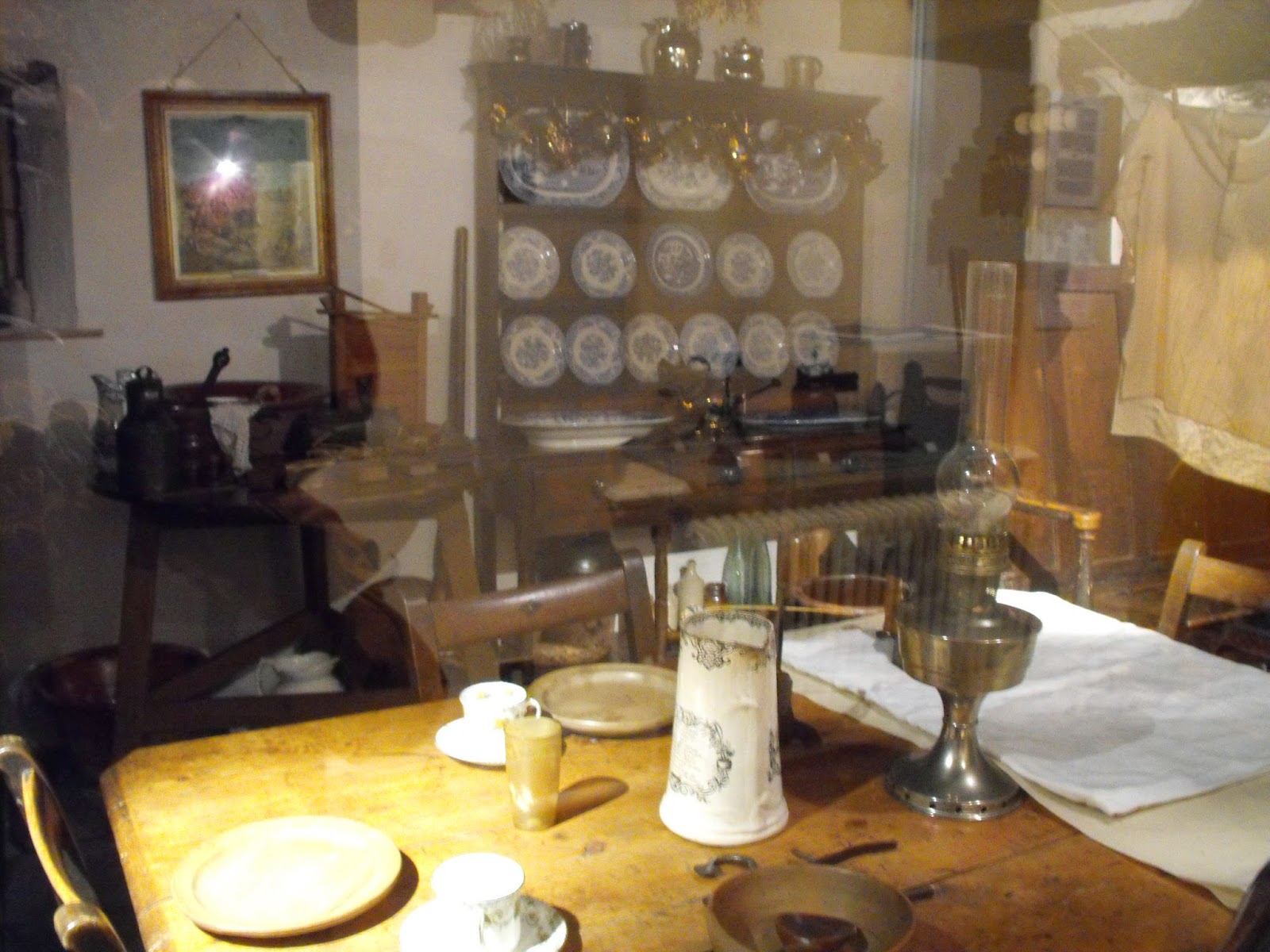 I hope you have enjoyed these posts and will visit if you are ever in the area.
Posted by Bovey Belle at 02:31