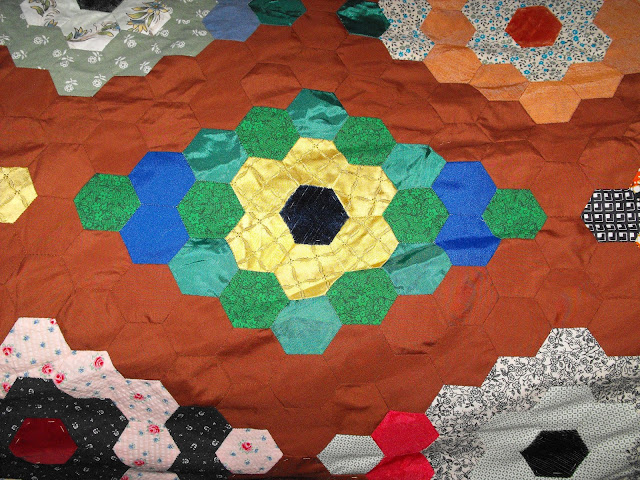 So, the clocks have sprung forward for another season and we can look forward to April showers and the May Bank Holidays.

Yesterday was a Malvern Fleamarket day, so we were up in the middle of the night - in fact, 20 mins earlier than I set the Alarm Clock.  This has happened a couple of times recently, and despite altering the hour, it has twice registered different times than the ones I changed it to.  It's had a new battery recently, so I think the time has come for a new clock.  It wouldn't do to be late for the next Malvern, in 3 weeks' time. 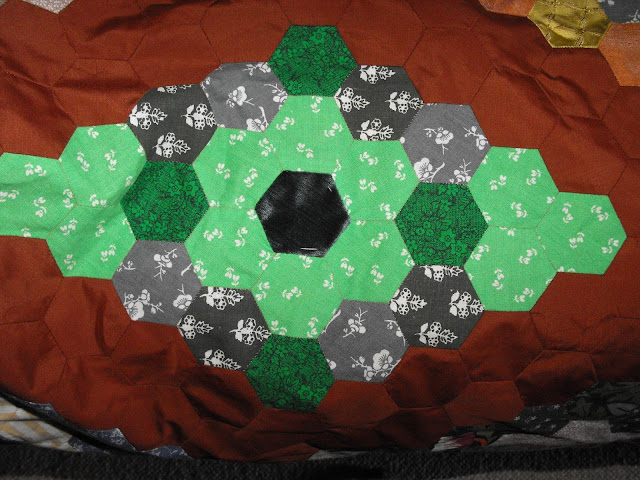 We were on the periphery of Storm Katie and were only vaguely aware of the wind getting up (a bit) and not at all aware of the heavy rain which left standing water on the A40 and roads onwards to Hereford and Malvern.  The first 3/4 hour was driving in utter darkness (I hate driving after dark these days, as we do so little of it), but the skies were lightening noticably by the time we reached Hay Bluff, and I was delighted when a Barn Owl flew across in front of us.  I haven't seen one for many a long year.  (Not surprising, since we don't go out much at night!!) 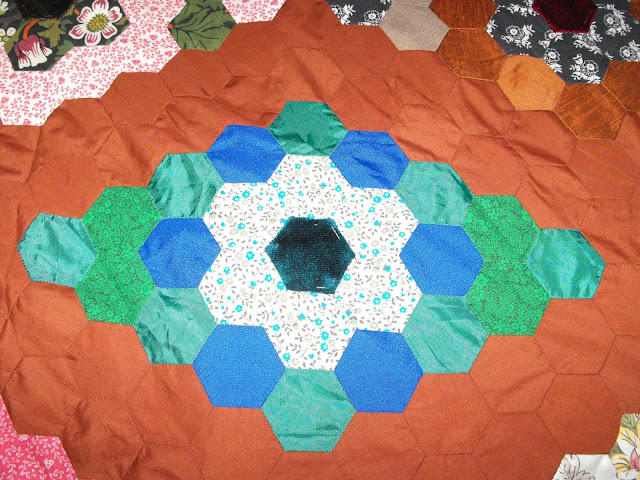 The weather forecast had put off all but the most stalwart of outside stallholders, but actually it stayed dry so they should have chanced their arm.  Consequently, there wasn't a great deal to buy, as the inside dealers are like pop-up shops with prices to match, and few dealer deals to be done.  We bought a couple of things anyway, and despite what I have just written about inside dealers, this lovely vintage 1970s quilt came from an inside stall. 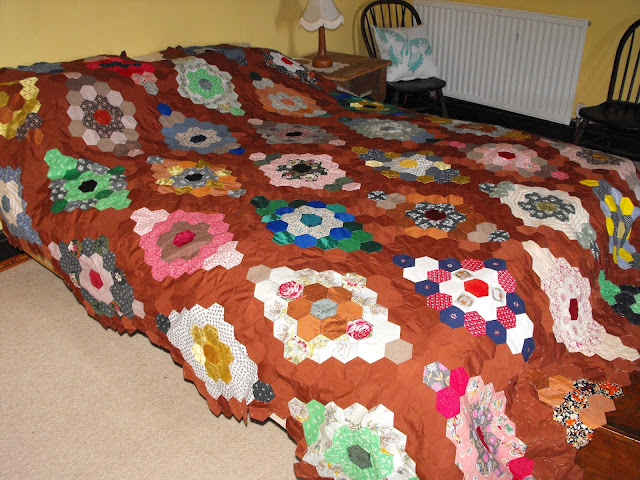 That chestnut brown will be hard to match.  I have just two lots of brown - one is bitter chocolate brown but the other might just do, but I have very little of it.  I will just have to start a variegated border to finish it off. 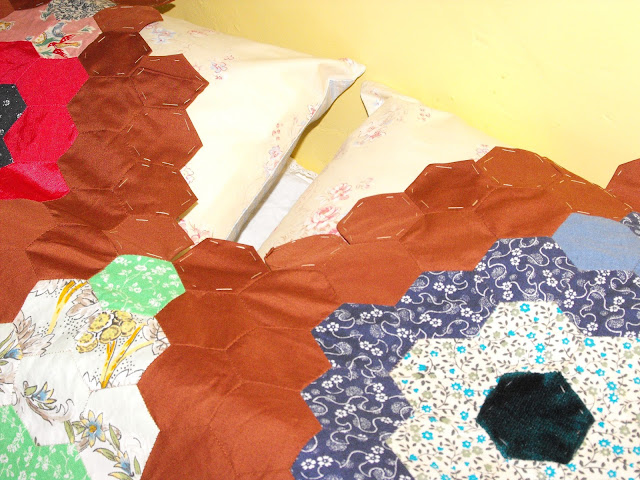 The next coloured shape will fit in here.

So, we didn't buy a great deal, but got a couple of bits for stock, and had a lovely day, which is the main thing.  How did your Easter go?