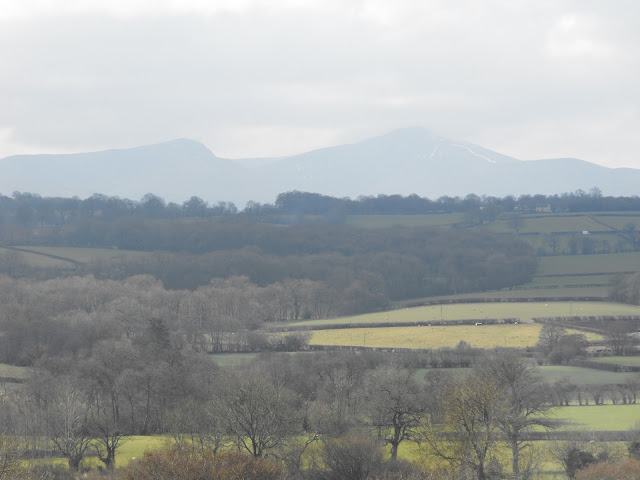 As I look out of the window, it is flinging down hailstones at a great rate of knots.  So that has knocked having a wander round the car boot sale on the head.  We are meeting up with our son later in town, but my OH has woken up dizzy and nauseous, so isn't going anywhere.  In fact if he, and the weather too, don't improve, all our plans to go to Malvern Fleamarket tomorrow are also knocked on the head.  If the Storm Katie hits higher than anticipated, Malvern will be a washout anyway, as there will be few outside stalls, and those are the ones where the best bargains are to be had.  Mind you, we have been before when it is raining and done well, as everyone just wanted to sell enough to make an early getaway.  I could go on my own if the weather looks OK, but that's no fun, and it's a lot of driving on my own.  We always share it.

I seem to be blocked by the stars at the moment, as I treated myself to the latest issue of Baking Heaven magazine yesterday.  I marked several recipes I would love to try, only to find that one of the prime ingredients in each was ground almonds, which I am low on.  Ah well, the best made plans and all that.  I will stock up later as I shall still meet up with Danny in town and if my OH is feeling better, we still may manage tomorrow, although it is doubtful as when you've been feeling rough, a 3.30 a.m. start is not appealing . . .

We had our middle daughter G here yesterday with her partner.  It was good to see them again (first time since Christmas!) and hear all their plans for the future.  They are saving for a deposit on a house, which is good news, and there is talk of kittens . . .

I don't think gardening will feature today, due to the weather.  Now I have removed the rampant pink thug from my main border and also the paddock plot (and put all the big chunks of it in a rough area between the lane and the paddock, so the bees and other insects will still benefit) I have decided to take one of the David Austin roses I have in tubs - destined to come with us when we eventually move - and plant it where the thug used to be.  I think it will be the pale pink Felicite Parmentier.

Well, Happy Easter to everyone, and I hope you don't have a spoke in your wheel this weekend!