Theo in the apple bowl, peeved at having his photo taken! 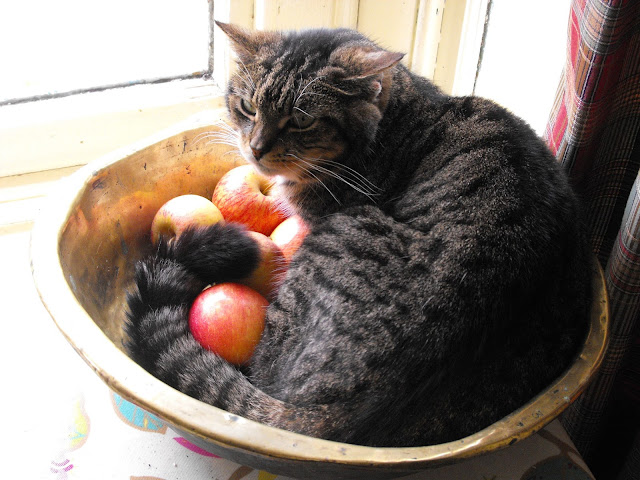 I am barely awake here as we were up early again today (it's the car boot season) and since we got back, have both been working very hard.  I've been cracking on with the garden again, despite having a bug which leaves me rather croaky.  Today I was continuing in the yard, which was looking very messy with leaves and ash keys, either caught up in overgrown bits at the edge or strewn across the concrete.  I've got the worst sorted, and we have a Tip Trip tomorrow with completely useless bits of plastic and metal (e.g., my flying polytunnel!) and we've also had a bonfire of boxes and dead branches which were no good for kindling. 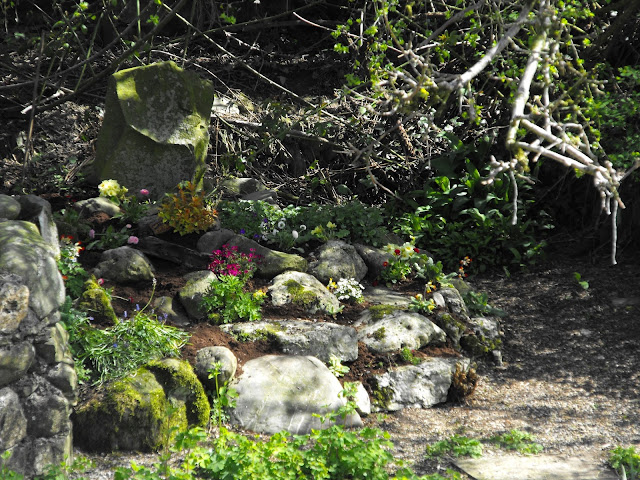 Not a very good picture of my cleared and newly-planted rockery, but it shows it looking MUCH better than it did when it was covered in a mass of broken off dead rose branches . . .  I took away 3 barrowloads of twigs and weeds from this area. 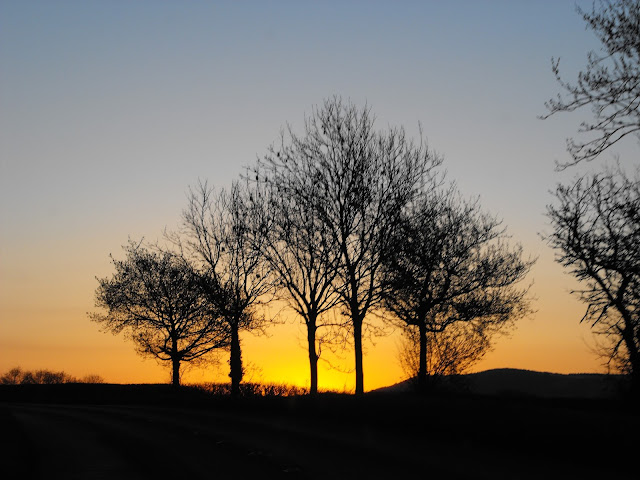 Sunrise on the road to Malvern last Sunday. 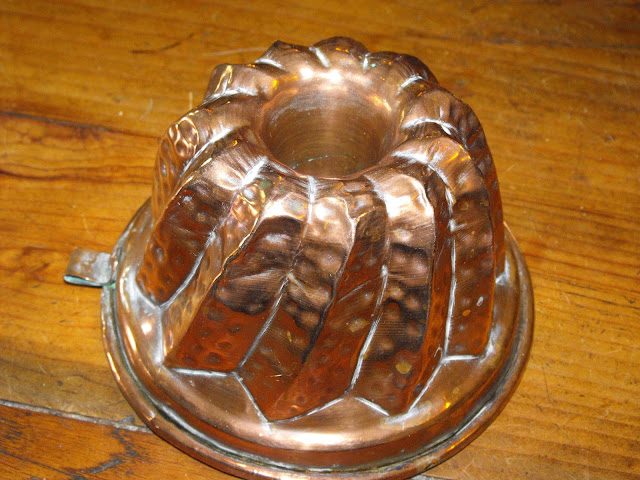 We went to Malvern Fleamarket  whilst Tam was staying with us.  It took us 6 1/2 hours to walk round.  I was just giving up the will to live when I found this "me" present, a lovely old Victorian jelly mould.  I couldn't believe my eyes when I saw it inside one of the sheds, sensibly priced.  I shall enjoy it for a while. 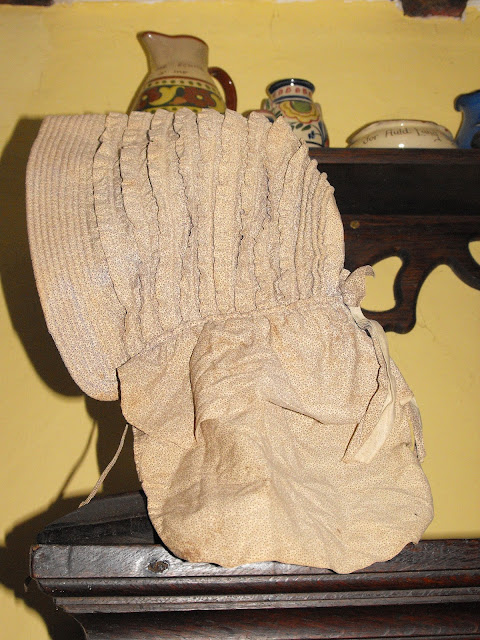 Also in the sheds - something I have been looking for all my life!  Truly.  A Victorian field worker's bonnet, just like the one worn by Tess of the D'Urbervilles.  A connection with my own agricultural roots in Devon.  It was £11.  I love it. 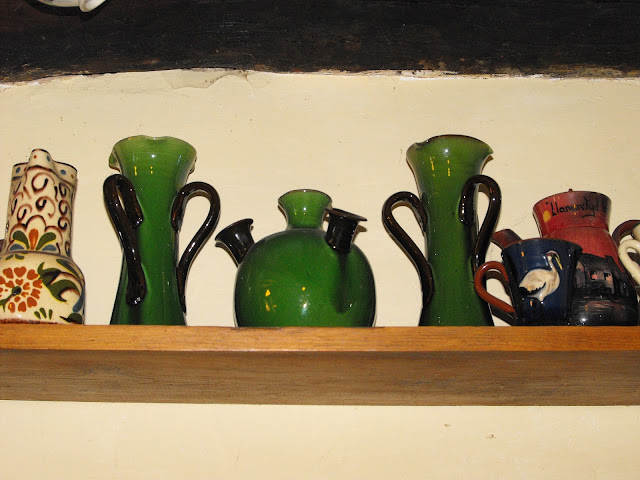 Either side of the green Udder vase, a lovely Torquay pair of vases that my dearly beloved bought me in lieu of a birthday card!  A card would have been FAR cheaper . . . 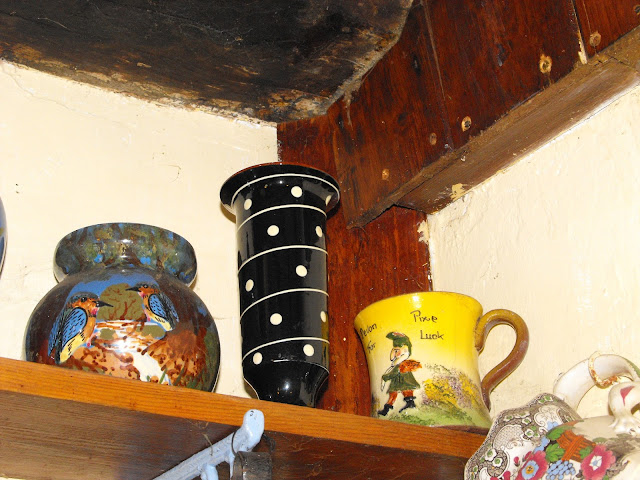 I found the black spotty Torquay vase (pale blue interior) at Malvern too.  Cheap (£2) as it had a small chip on the foot rim, but it's situated too high up to see that!  I have cleared out several other pieces of lesser Torquay to make way for these new ones. 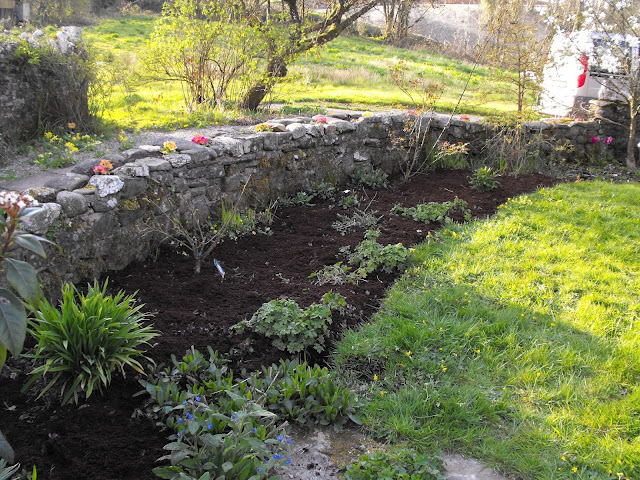 Meanwhile, much tidying in the garden has been happening.  Here is the first half of the herbaceous border weeded and with a good covering of compost to mulch it a little and stop more weed growth. 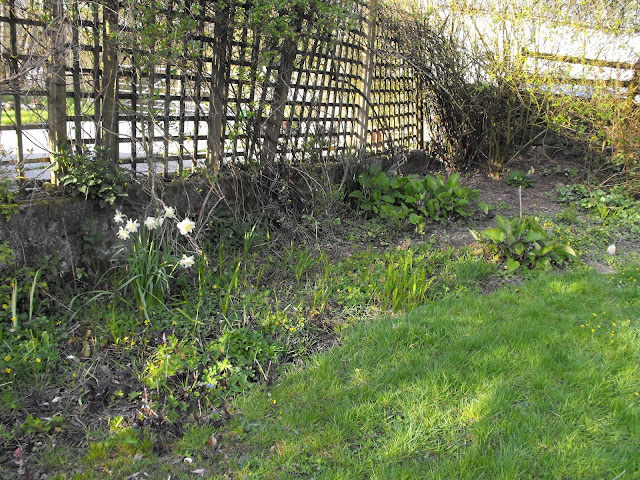 Above and below: still to be worked on, plus all the edging needs to be done. 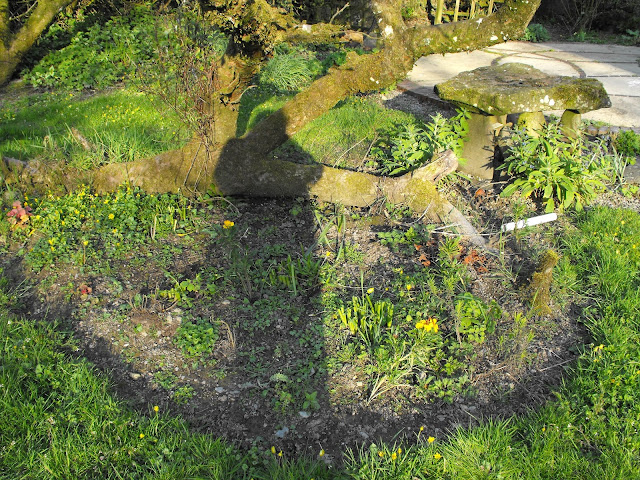 Sorry this is such a feebly-worded post, but my brain has gone walk-about.  I am fit for nothing tonight.  Hopefully joined up words will be used again soon!