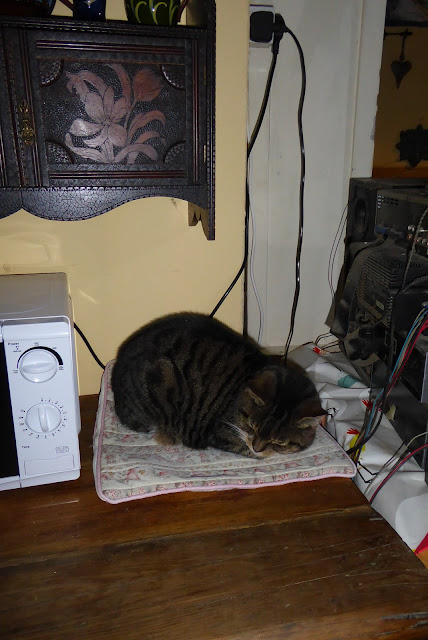 We are down to five cats now - after several old ones died close together in the past couple of years.  This is Theo, who came here as a stray. (As did they all in fact, or children of strays).  Theo is a softy - a real walkover, and although he likes to occasionally think he is Top Cat, he suffers from delusions of grandeur!  For some reason (perhaps that very one) he was involved in fisticuffs with ginger and white Alfie today.  I heard the cat fight to end all cat fight, snarls and growls and furniture being knocked into in the kitchen, and rushed in there to find them locked in mortal combat: Alfie with his jaws locked around/into Theo's neck and Theo with his teefs sunk into one of Alfie's back paws.  I stepped in and dragged them apart and Theo fled the scene, blood dripping from one ear.  Alfie limped away with dignity.  Theo ran and hid under our bed for a while, and then disappeared until his tummy was rumbling, when he came downstairs again, looking very nervy. I fed him and made him up a little den on top of my favourite pine cupboard, and behind the barricade of my music centre.  I think he feels safe up there.  I shall leave a kitchen light on for a few nights so there are no run-ins between him and Alfie.

I think what possibly happened is that Theo flew in through the cat flat, as he sometimes does, and there may have been one of the hungry toms around at some point in the day, putting Alf on his guard, and he assumed Theo was one of them, as he really was going for him, it wasn't playground fun and games. 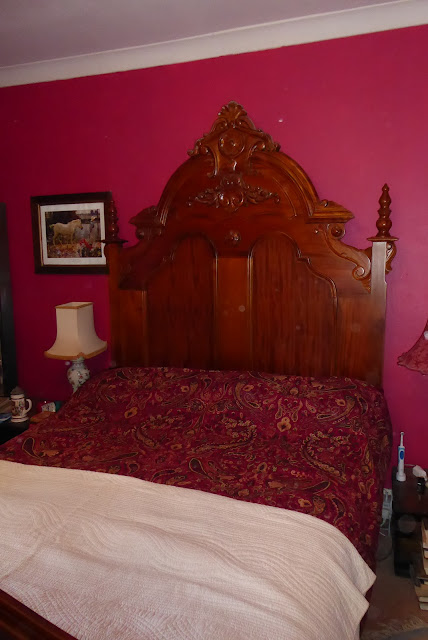 Anyway, as the winter weather has arrived with a vengeance, and before it gets worse, I stripped the bed today and put on our new flannelette duvet set.  We bought it last week as a joint Christmas present to and from ourselves, when we were in Dunelm.  I have to say, flannelette has come a LONG way from the pastels and stripes I remember from my childhood (I think there are still some stripey sheets at the bottom of the pile in the airing cupboard). This looks so warm, and that Paisley pattern is gorgeous in the deep red.  I can't wait to get to bed tonight now! 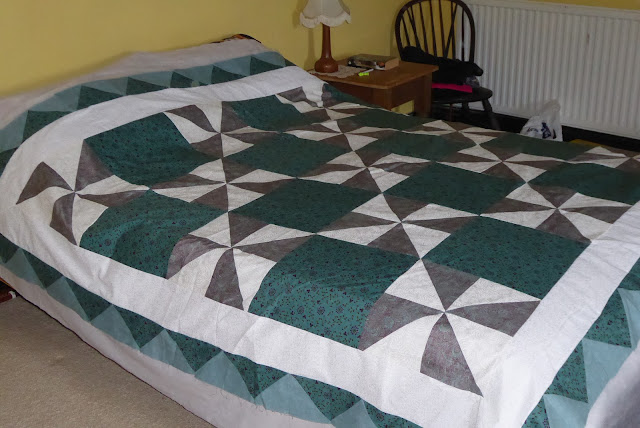 The top for Gabby's quilt.  I need to iron it and then start pinning the sandwich together.  Let's hope I can finish it (and Tam's) in time.