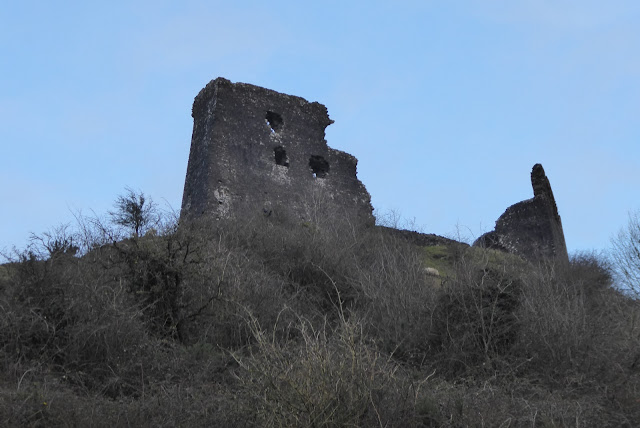 We finally got out for a walk yesterday.  We had been into town in the morning to have a wander round the much-depleted Fleamarket.  My gosh, it was cold in the agricultural building they use - it is like a gigantic freezer.  One of our friends told us it was minus 4 when they arrived outside the building - and a good bit colder INSIDE.  This was why I cancelled our booking to stand there - that and the fact that no-one was buying anything, the year had started badly and gotten worse.  Practically everyone inside had double stalls as so many people had cancelled or not bothered to book - and I was glad that I had taken the sensible option not to stand there.

Anyway, after a quick late lunch, Tam  and I headed up to Dryslywn Castle, which is in the centre of the Cothi Valley about 5 miles from here (less as the Crow Flies).  It stands guardian over the river crossing, and is part of a chain of command which stretches up the Towy Valley from Carmarthen in the west, through Dryslywn, Dinefwr (at Llandeilo) and majestic Carreg Cennen, high on its limestone crag at the start of the Brecon Beacons. 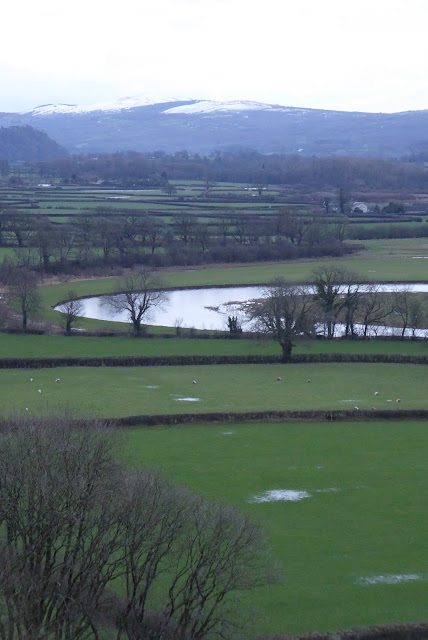 The view up the valley towards the Brecon Beacons, beyond "our" Black Mountain.  On the extreme top left, bscured by failing light, and a hillside of bare Ash trees, is Dinefwr Castle. 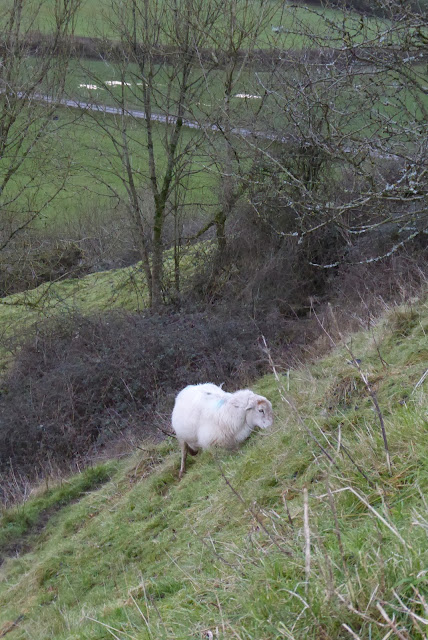 There is always a flock of sheep grazing the hillside here.  The brambles and scrubby hawthorn and blackthorn give good shelter (as do the ruined walls of the castle). 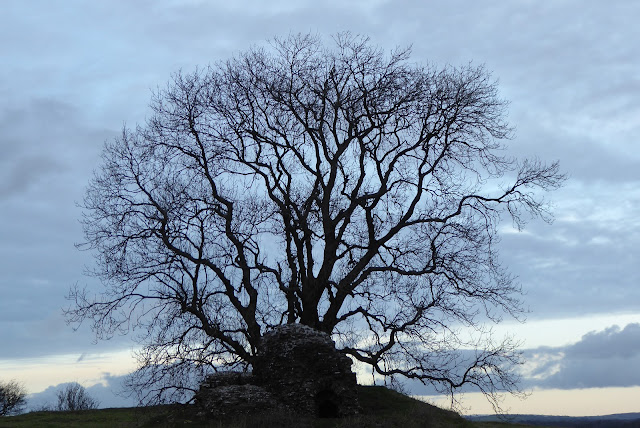 A magnificent Ash tree stands overlooking the valley, with the battered remains of a stairwell at its feet. 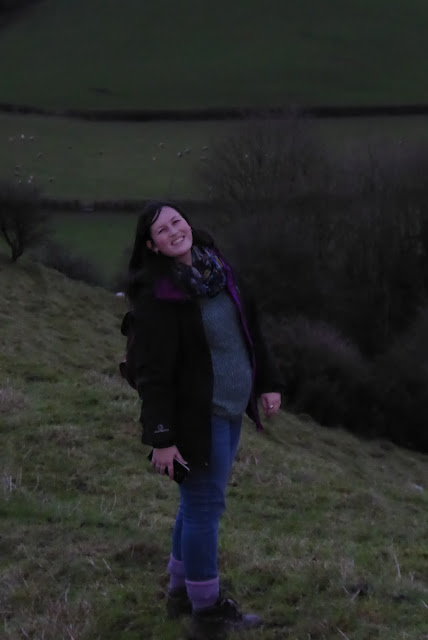 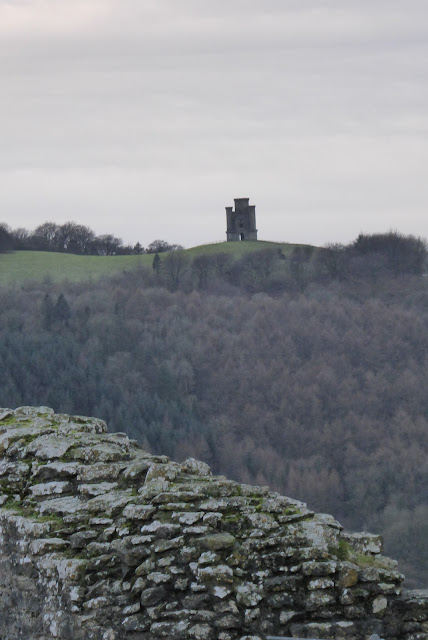 Looking across the valley to Paxton's Tower, the neo-Gothic folly built in honour of Lord Nelson.  Tamzin was quick to remind me of a spectacular muddy fall I once had there, sliding several yards on my b.t.m.  I was A Mess after that!!

More later - better go and do some Home Economy now as we have friends coming round for a bun fight later on (well, cheese and wine really . . .)