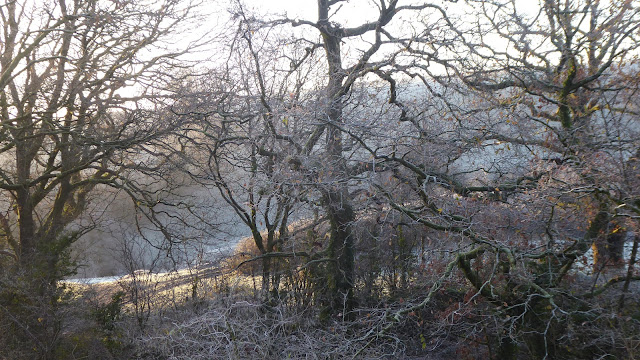 This morning we woke up to the first cold snap of the winter and the first really hard frost of several winters I think.  Mild and wet has been the order of the day here in recent times.  Here is the view across the bottom of the yard into the edge of the field where there was an Iron Age enclosure (until Next Door "modified" it with a bulldozer. 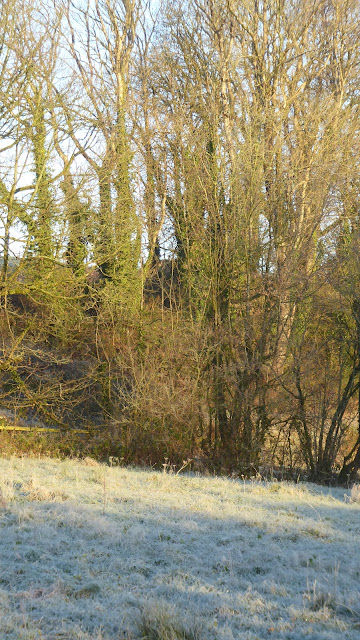 A corner of our paddock, which is about half an acre, but still larger than the little corner for the planned Orchard and wildlife area at our new home.  There the house and stables and garden stand in probably just under an acre with a big fishless pond which the wildlife love.  I'm looking forward to seeing what birds we will be feeding.  I wish I could feed the ones here, as always, but I don't know if the new people would be doing that, so don't want to get them to rely on feeders, only to have them removed. 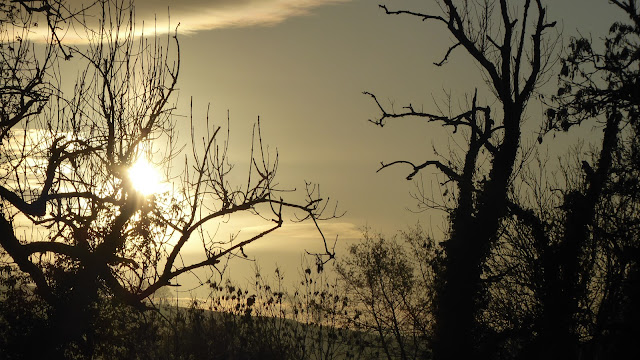 I've just had two more or less resting days (watching the racing!) although I did some sofa cooking when I brought in a big wok full of windfall apples to peel, core and chop and then cook up yesterday. On Friday it was sofa baking, and I mixed a Lemon Drizzle cake.  My dear friend of more than 50 years has sent me The White Ship by Charles Spencer (as in Diana's brother) which I am looking forward to settling down with in a quiet moment.  Having read the Eleanor of Aquitane books recently, this dovetails in well. 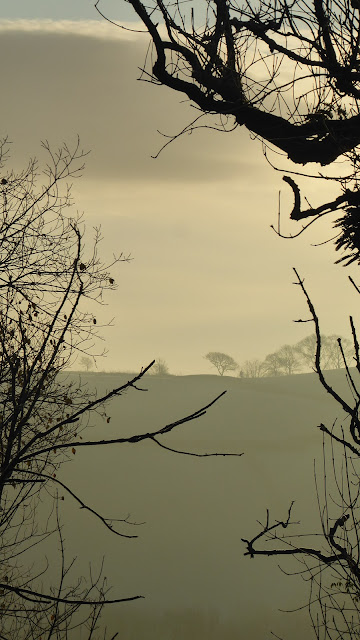 Having nagged Keith to walk more, I now need to do the same as my steps are down this week, partly due to wet weather.  Today I have NO excuse but will wait until it warms up a bit.  I think this is a pan of soup day so will see what vegetable goodies I have in the freezer shortly.
Not a lot is happening at the moment, it's a case of plodding on really.  Putting this away, that out for the Charity shop etc. 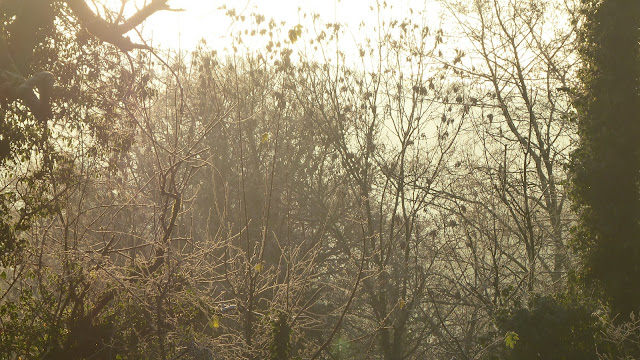 I hope we are at the final hurdle with the selling queries now, though I will not bet on it all going forwards without a hitch . . .  going from recent experiences as our buyer is just a trifle demanding.

Now we are waiting to hear from the Removal company about when we can collect boxes and packaging.   Communication is not their strong point and it is VERY frustrating as you can't get through by phone and they have been lax at answering emails.

Christmas is going to be something of an afterthought this year.  We have got some of the Christmas decorations down and put a couple of bits of tinsel up so far but as we always have a real tree I don't like to get it too early or it will be bald by Boxing Day!  We had a Nordman Fir last year and that must have been "old stock" as it dropped, and I've never known them do that before. 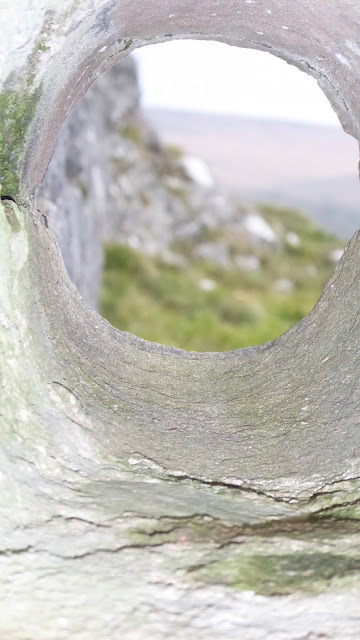 Hah - the view was meant to be the thing in focus through this cannon hole at the castle the other day!
Posted by Bovey Belle at 02:00