Cat Flap Deliveries and progress in the garden/paddock 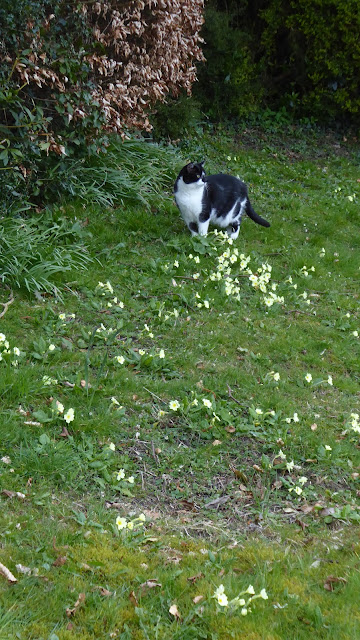 Little Whale on the Primrose bank in the garden.

Since we fitted a cat-flap here, it has shown itself to be the perfect place for post deemed too big to go through the letterbox.  It happens regularly but always makes me smile! 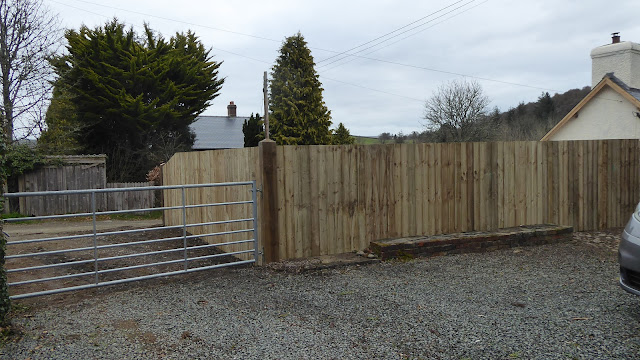 Here is the progress being made front of house. The old tired sagging larch lap panels taken down and replaced by these much stronger planks.  The bit behind the gate is the border between us and the cottage next door, replacing a very thick Leylandii hedge which our neighbour wanted to replace.  It has given us both more room, as has skimming up the little stretch of lawn we had that side. I shall now be able to put some plants in pots this side of the new fence. Photo below of it before and the view across the valley beyond, beautiful with all those trees. 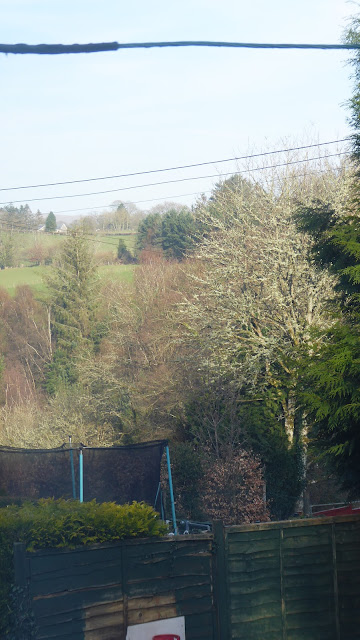 Today we had sunshine first thing, but couldn't get out as early as we had hoped as the quarry chippings which had been ordered, were delivered first thing, rather than later in the day, so we had to wait until some of the heap were spread out and we could drive out. 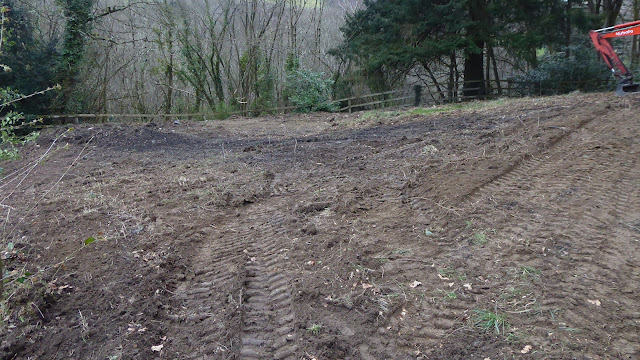 This is the paddock partly cleared and ready to be landscaped. 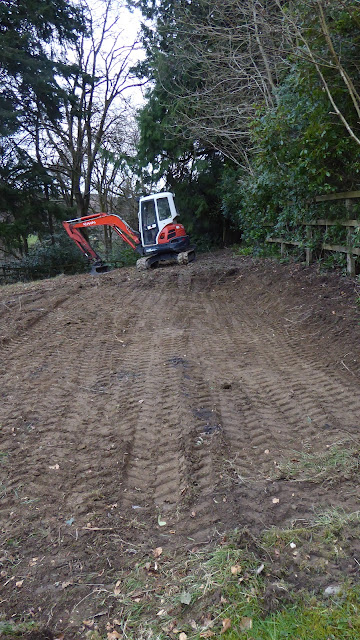 The flatter bit up by the boundary, where we can put up the polytunnel and make vegetable beds - good soil in this area. 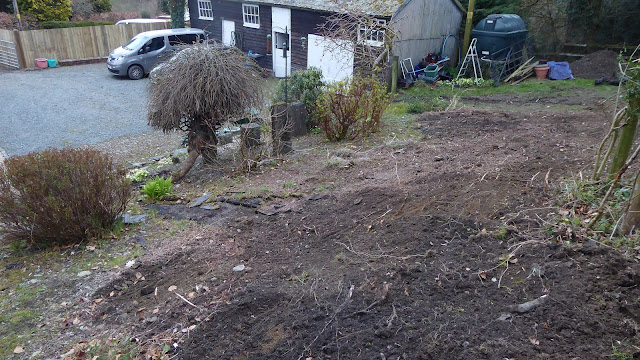 There were two enormous Leylandii hedges here which I knew I could not cope with keeping trimmed - 7 feet high by 4 feet thick. They took up a LOT of room.  We checked for birds' nests (none) and they were removed.  It has opened the garden up no end.  The post and sheep wire fence was also removed at the same time, and the gate, as this area used to be where a small pony was kept. No more horses for me (no room here anyway). 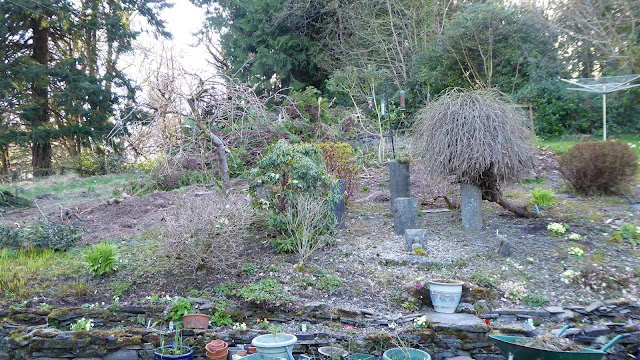 I will put the Magnolia towards the back, and also the Witch-hazel which Keith bought me for my birthday.  Lots of room for Perennials too. 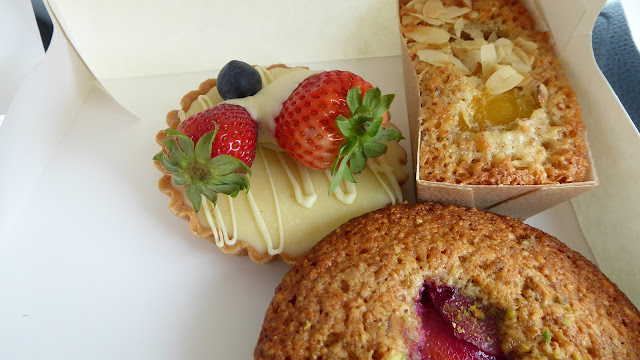