Morning with Spitfire and Germans . . .

Despite the weather - the rain had appeared as per the forecast, but fortunately NOT as heavily as predicted - we popped into Hay this morning, to have a look around as a WWII weekend was being held - to celebrate 76 years since the end of WWII (it was to be last year but Covid stopped THAT happening of course.)  We were too early for the events happening later in the day but had a chat with Rob and then braved the mud and wet grass in the field at the bottom of the car park, where everyone was camped out and on display. 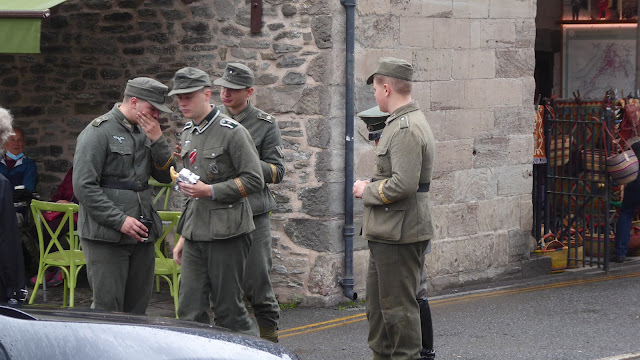 The enemy were about by the Cheese Market . . . 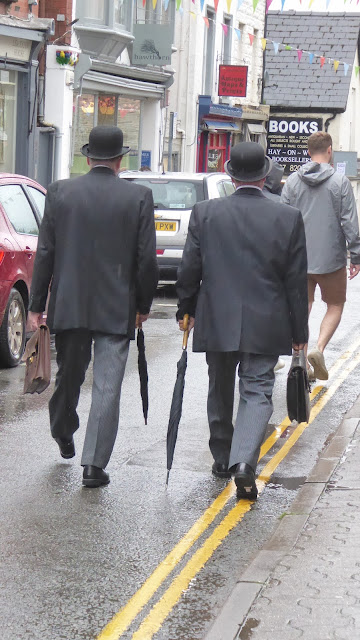 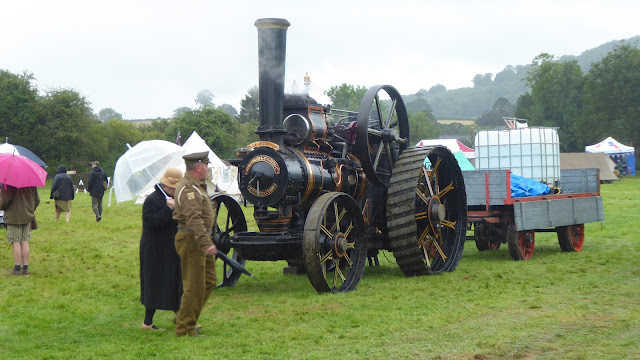 A splendid old steam engine - I remember these were used for road-mending when I was growing up in the 1950s and 60s. 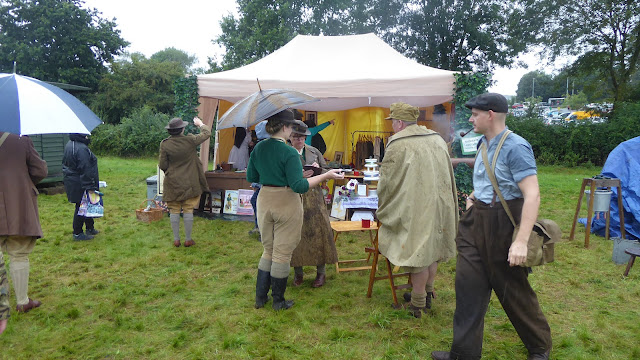 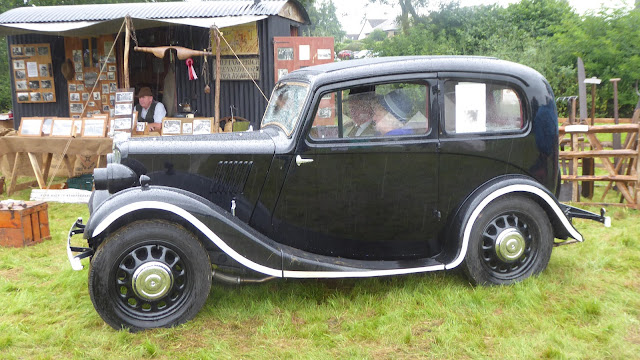 A lovely old car - someone will doubtless tell me what sort if I wait long enough! 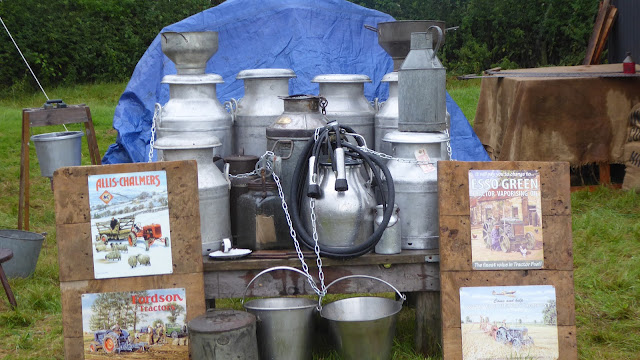 The chap below had a very good display of farming equipment which would have been used during the War Years (and before and after).  Had it not been raining I'd have stopped to chat - he had some great photos too. 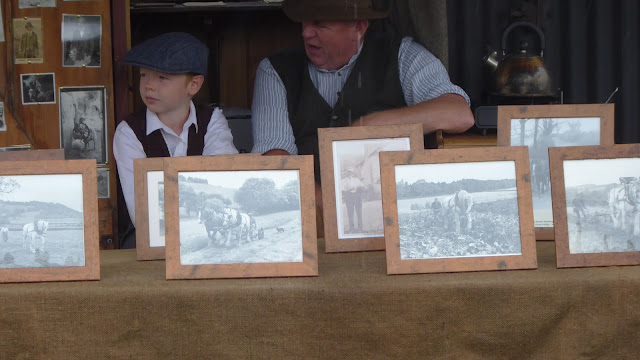 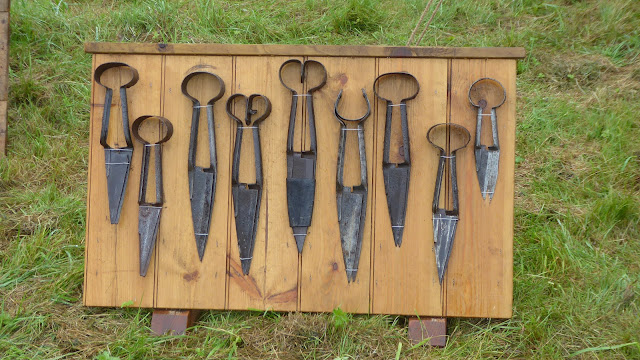 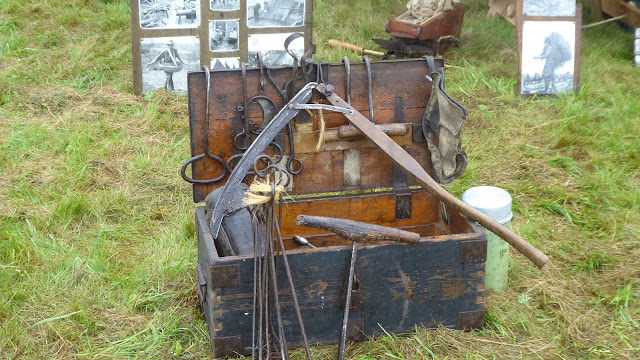 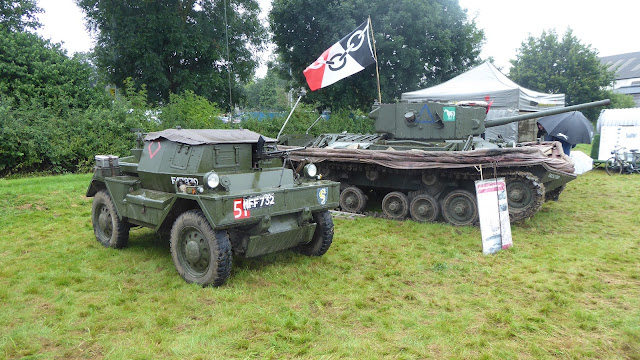 A Scout Car and an Amphibious Tank.   I think these were from the Tank Museum at Bovington in Dorset - we went there a couple of times when we still lived close by. 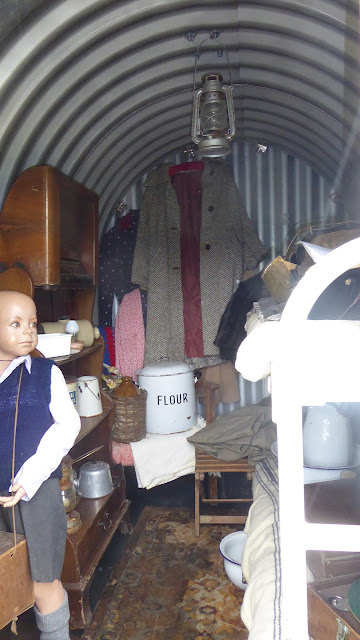 An Anderson shelter, which were built sunk down in people's back gardens and saved many lives. 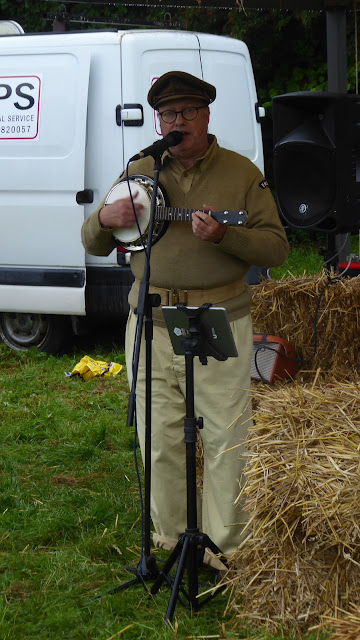 George Formby was of course there! 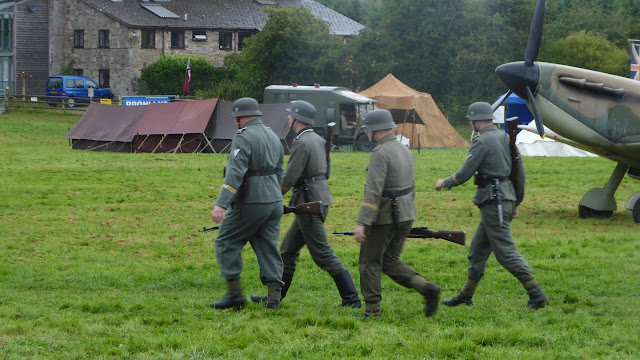 Watch out, there's Germans about. 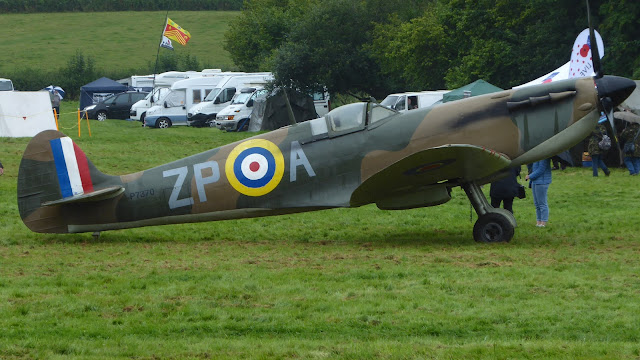 The star of the show - a non-flying Spitfire.  Hard to believe that such a tiny plane could have changed the course of the war, but it did.  In the Battle of Britain it held of the Luftwaffe, and but for this success, Hitler would probably have deployed his Operation Sea Lion invasion of Britain. 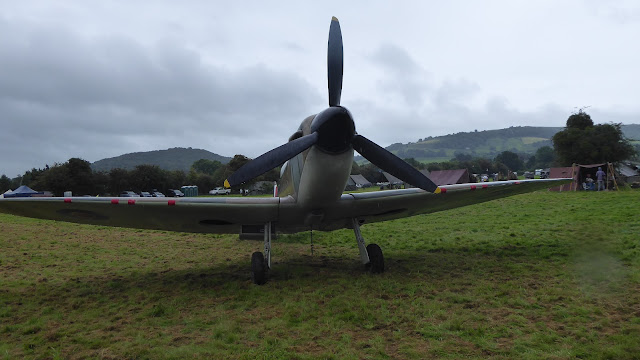 I've taken photos of the Smoker's Bows now, so they will appear in my next post.