Looking across to the Limestone escarpment.  The grassy hillocks you can see are spoil heaps from when it was a quarry. 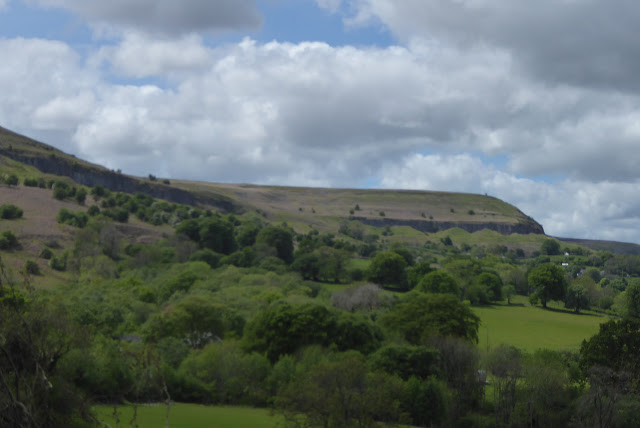 Well, clear blue skies yesterday lured me out.  Keith was tired and walking slower again, but still managed another half an hour woodworking, and between us we made the other shelf support.  I am getting better with the Jig-saw now, more accurate. I will be in his workshop today having a much needed sort out.  I have decided that a tidy hand is needed as you can't find anything in there.  He may know where he left something, but when he asks ME to find it, I can't.  I can remember seeing a house on Escape to the Country where the Man Cave was the most tidy and organized place I had ever seen.  A hook for everything around the walls, fitted work units and bench. (A bit obsessively tidy, to my mind!)

After lunch, I left him to rest and set off for Crickhowell again, determined to find Craig y Cilau Nature Reserve this time, although the directions were still somewhat vague. I knew I had to take the fork in the road which put the Chapel on my right side. Then keep driving uphill until I came to a right turn (it was quite a long way). Then carry on climbing and eventually I would see a car park on my left.

As you can see from the header photo, it was worth finding. Oh my.  I was hoping to find some really rare flowers, but I only explored the main part of it, so will go back and explore more, including the woodland which is included in the Reserve.

A somewhat better panorama than the last one I took.  That's Crickhowell in the centre.

And another.  I was amused by the will I/won't I flowering on the May tree on the right. 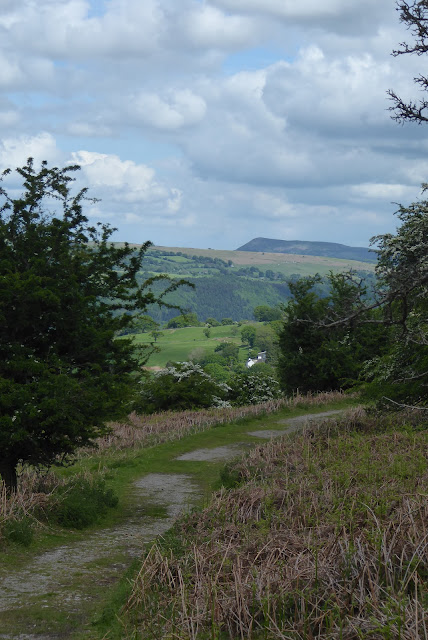 The walk was an easy pretty level one along the old tram way.  My legs appreciated having no steep hills to climb. 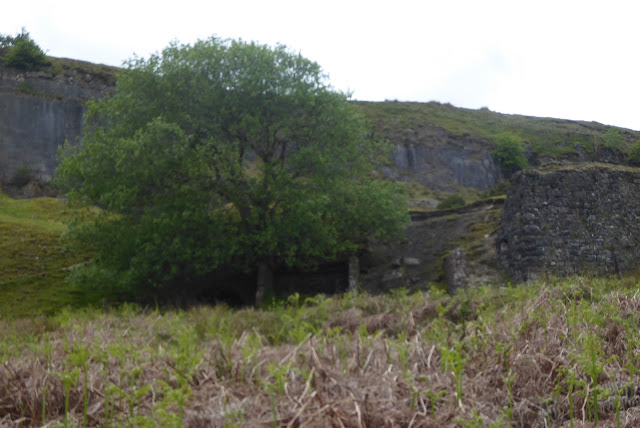 Inevitably, the quarry had a lime kiln, though you can't see it very clearly in the photo and the tree gets in the way rather. 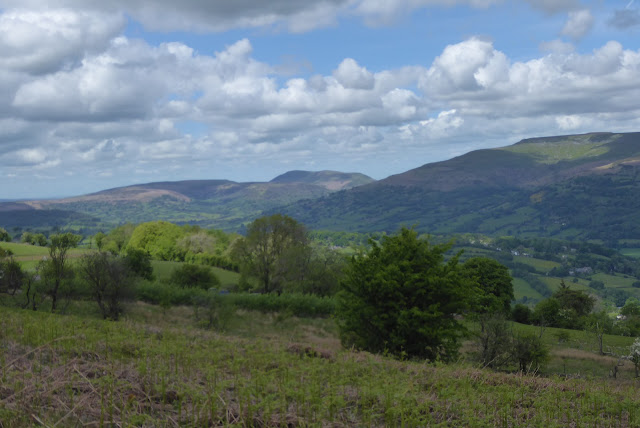 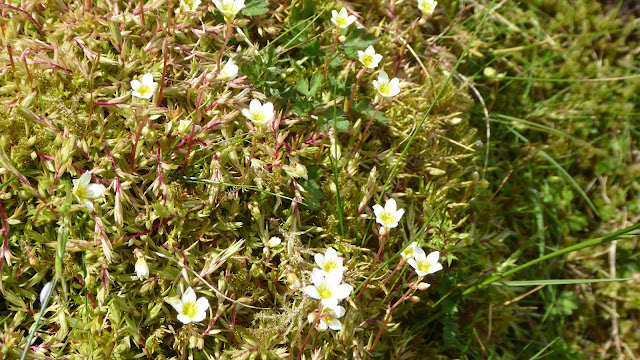 Saxifrage, probably Meadow. I'd love to claim it is the rare Rue-Leaved Saxifrage, whose stems and leaves (hidden by moss here) turn red when it is stressed - e.g. dry.  You can see that the stems are reddish anyway, but as you can see there was a lot of it so more likely the common or garden sort! I can just see a Meadow Saxifrage leaf too (middle top). 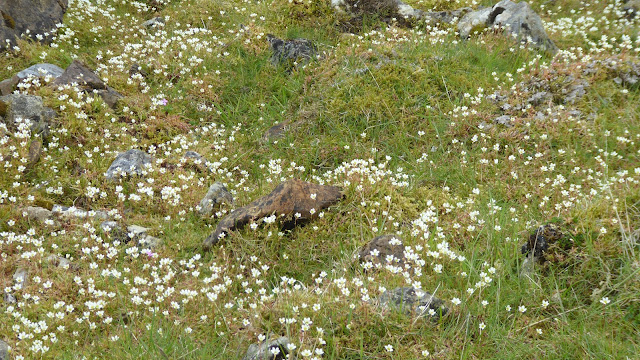 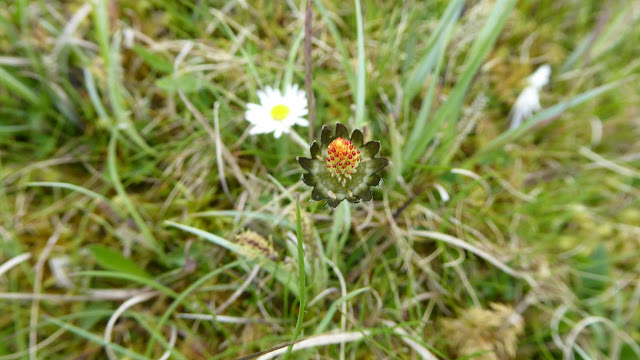 Now, with all the petals gone, no ID.  Is it just a common daisy?  I've never seen the seeds come up like this though. Update: yes, a common Daisy - found one like this in the yard today. 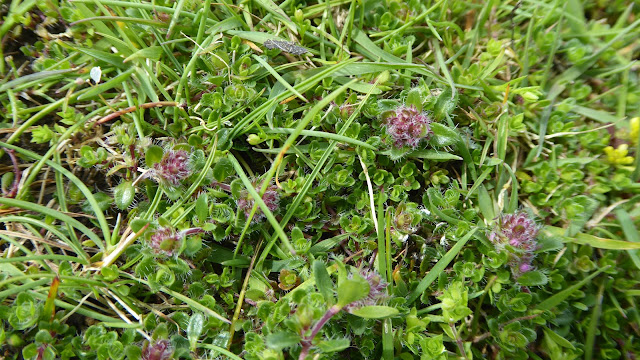 I thought this was Thyme, but it is surrounded by fleshier leaves, so not a clue. I am going through Roger Phillips' Wild Flowers of Britain, but think it will be Marjorie Blamey next - and then the stalwart copy of Keble which for many years was my main go-to botany book. 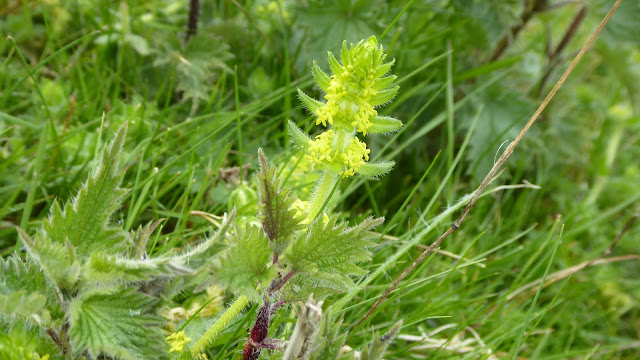 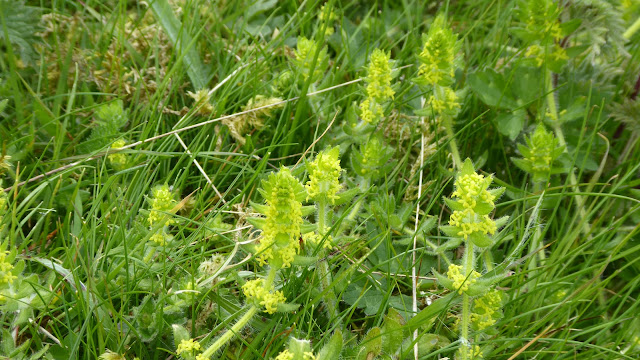 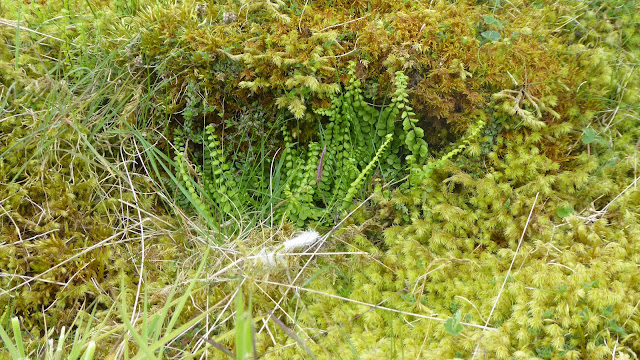 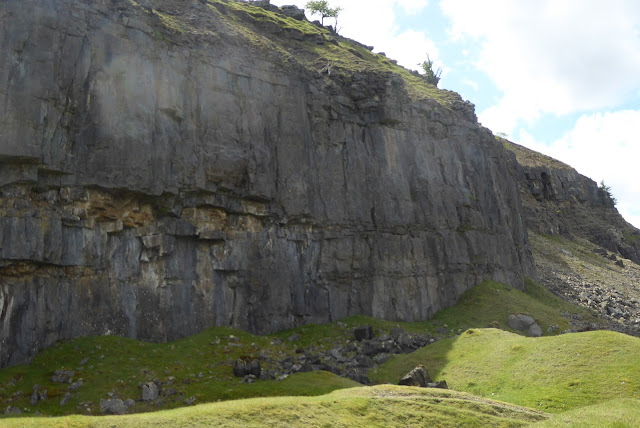 The quarry face and grassed-over rubble heaps, and below, it's being used today in a totally different way.  There were two groups of young folk (gosh, that makes me sound old!) abseiling down the quarry face.  One mixed group, I briefly chatted to and said that was the worst bit over then.  A lass said, "Oh no, we have to go back UP again yet!"  The other group were all young men and I think from the Army. 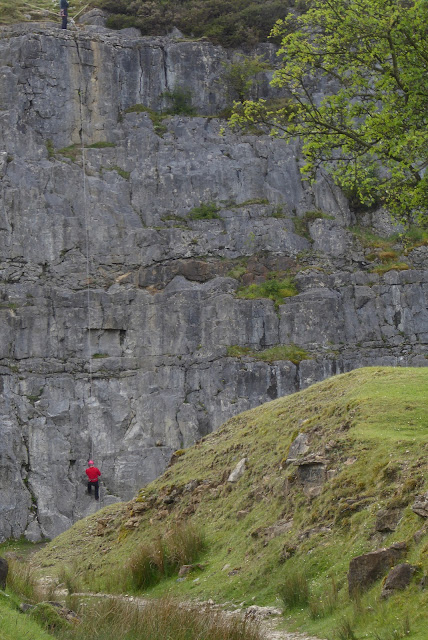 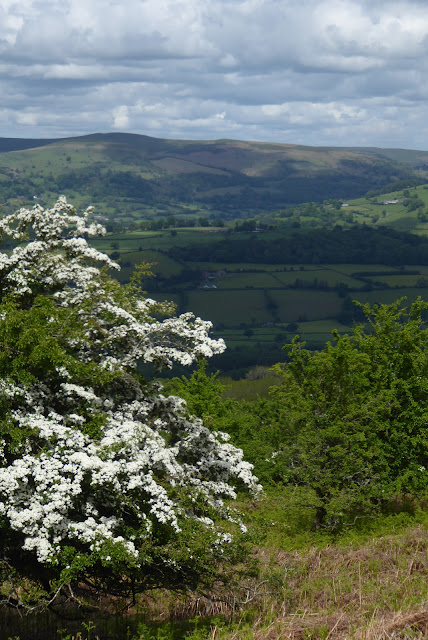 The views - well, what can I say? Just amazing. This was the old camera, so some were not as sharp as they could be. 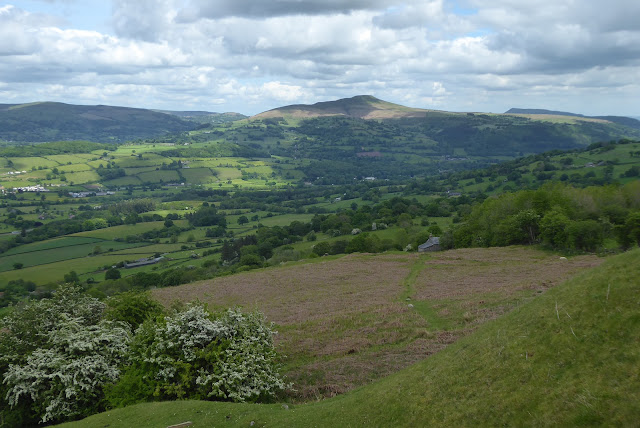 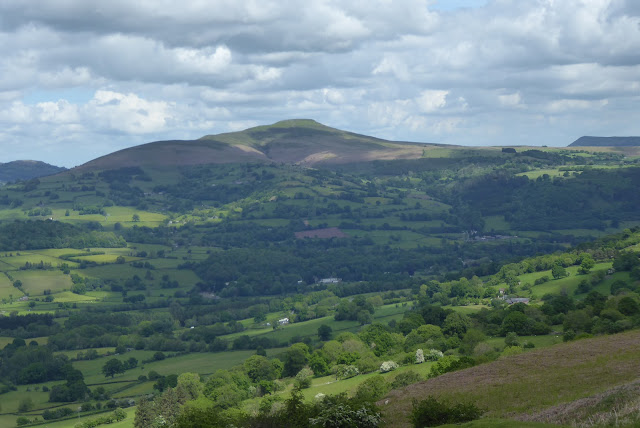 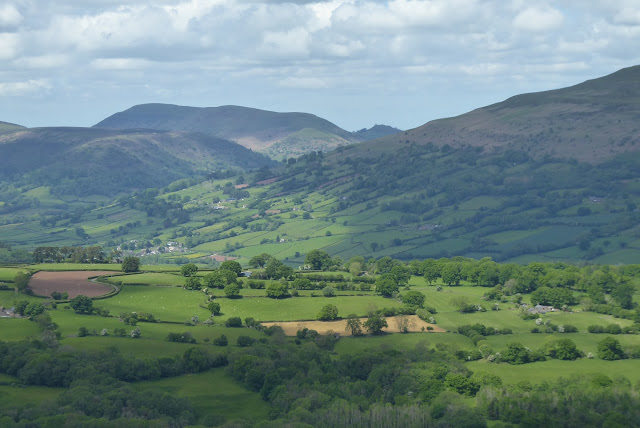 Since going there yesterday, I am reminded of something I read many years ago (Mrs Gaskell?) about certain loom weavers of Manchester and Lancashire as a whole, who could name every plant growing within a days' walk of their home.  They would sit weaving, with a botanical book open beside them. Amateur  Entomologists were just as keen. Others studied mathematics.  HERE is the paragraph in question.  The quest for knowledge.
Posted by Bovey Belle at 00:33