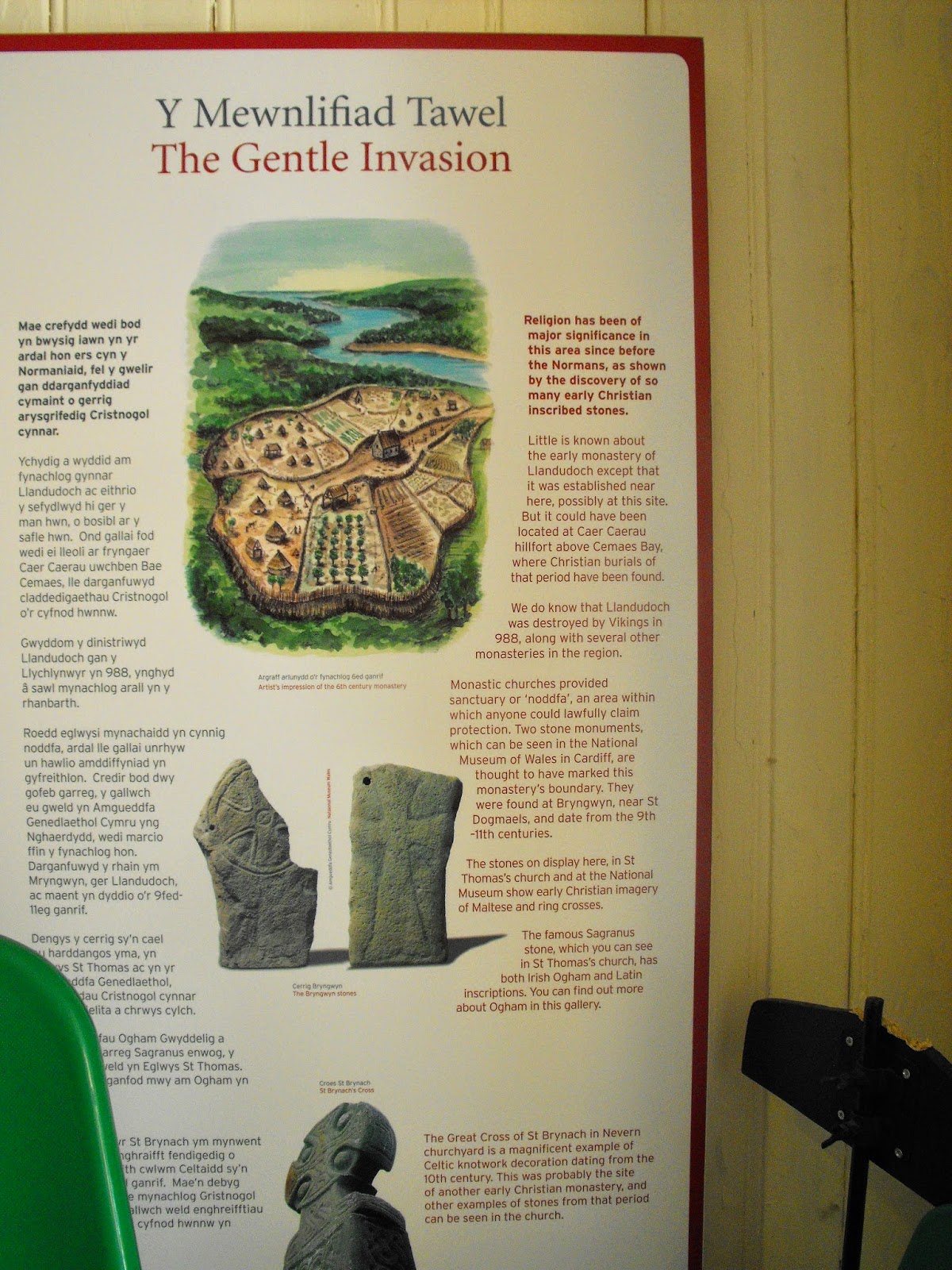 I hope you can read this.  It's in the little visitor centre at St Dogmael's, which we visited a week ago.  It was obviously a seat of monastic learning from early times.  Two of the early christian monuments marked boundaries, and are now in Cardiff, at the National Museum of Wales.  These date from the 9th - 11th C. 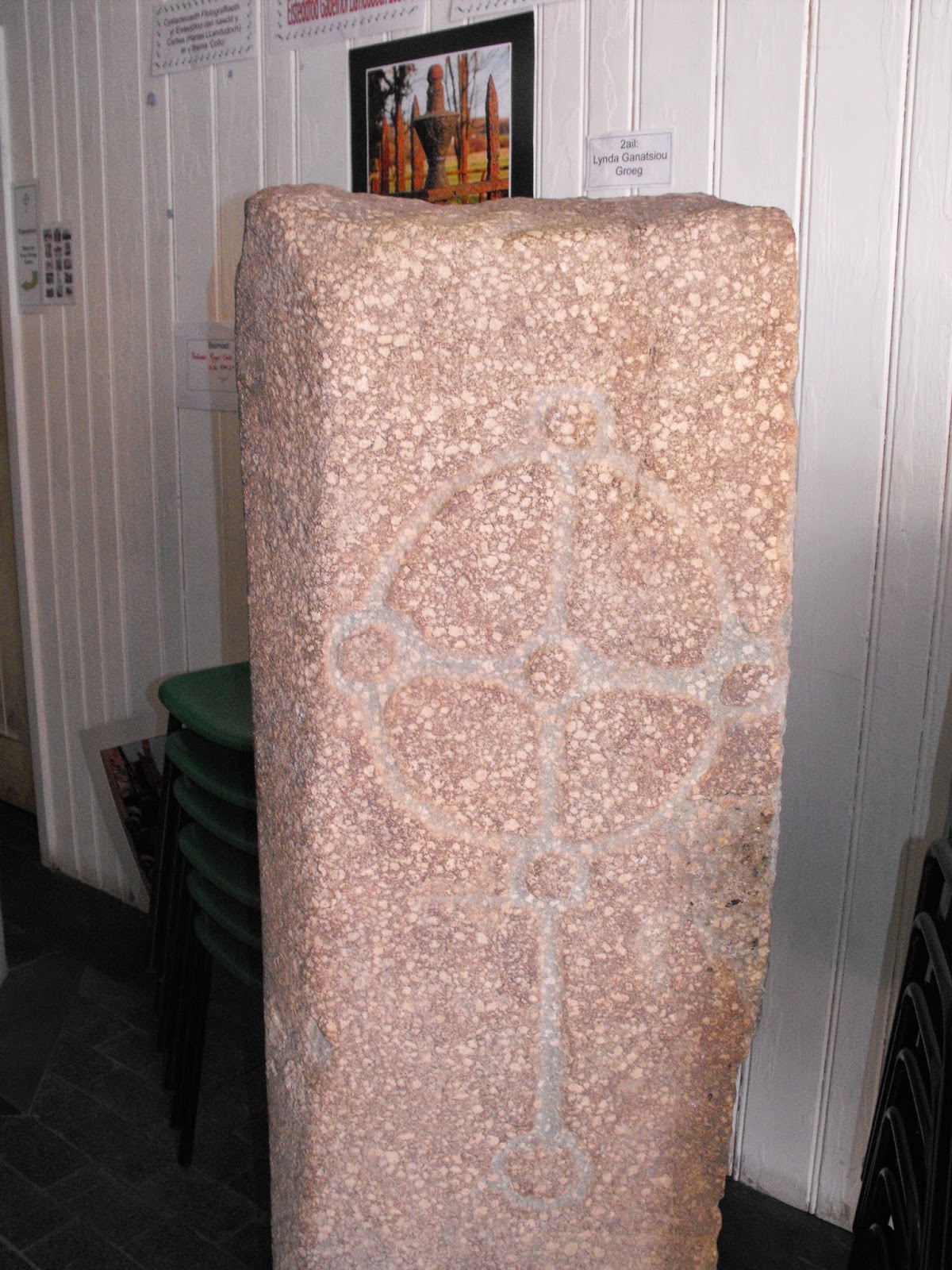 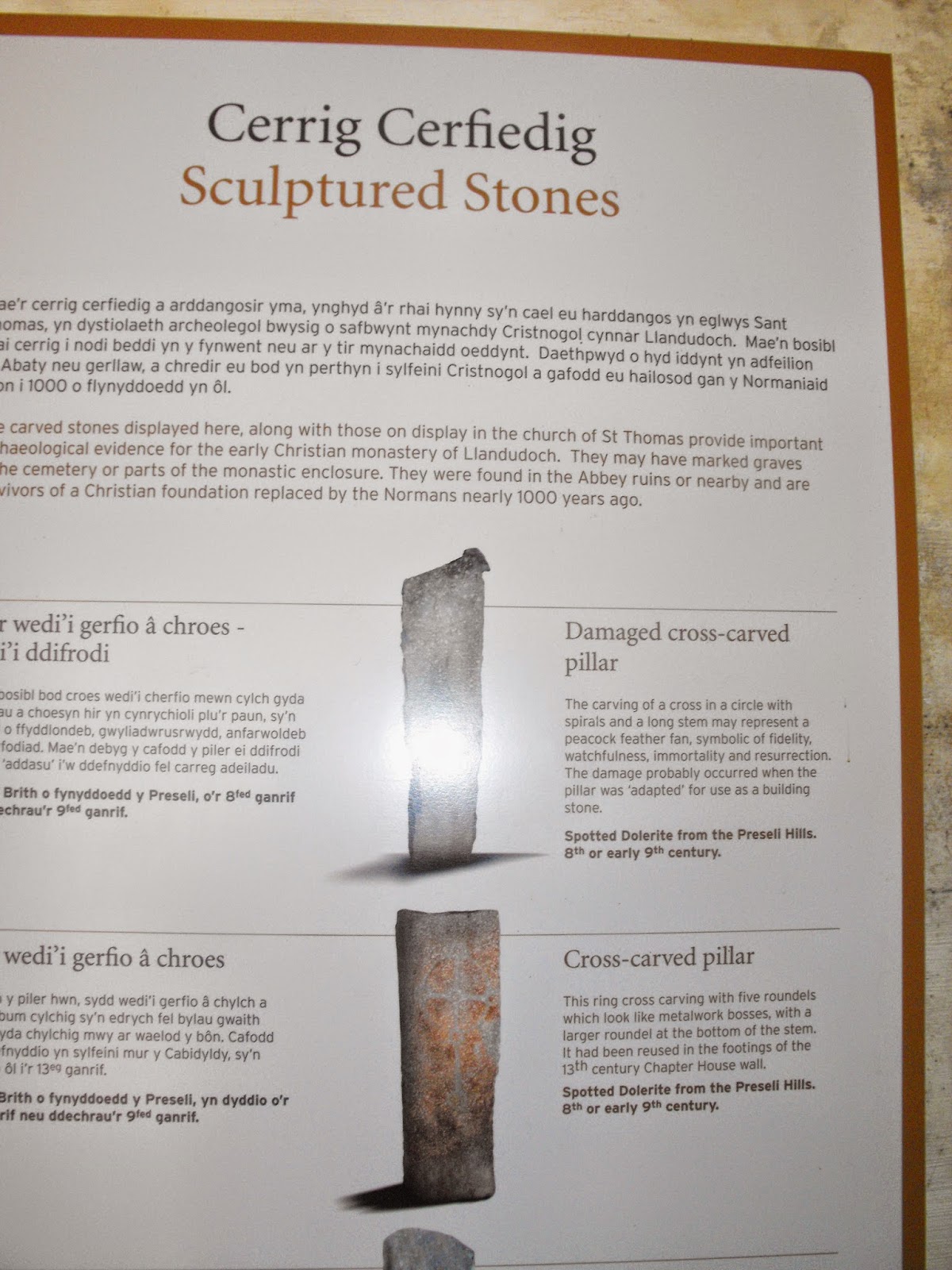 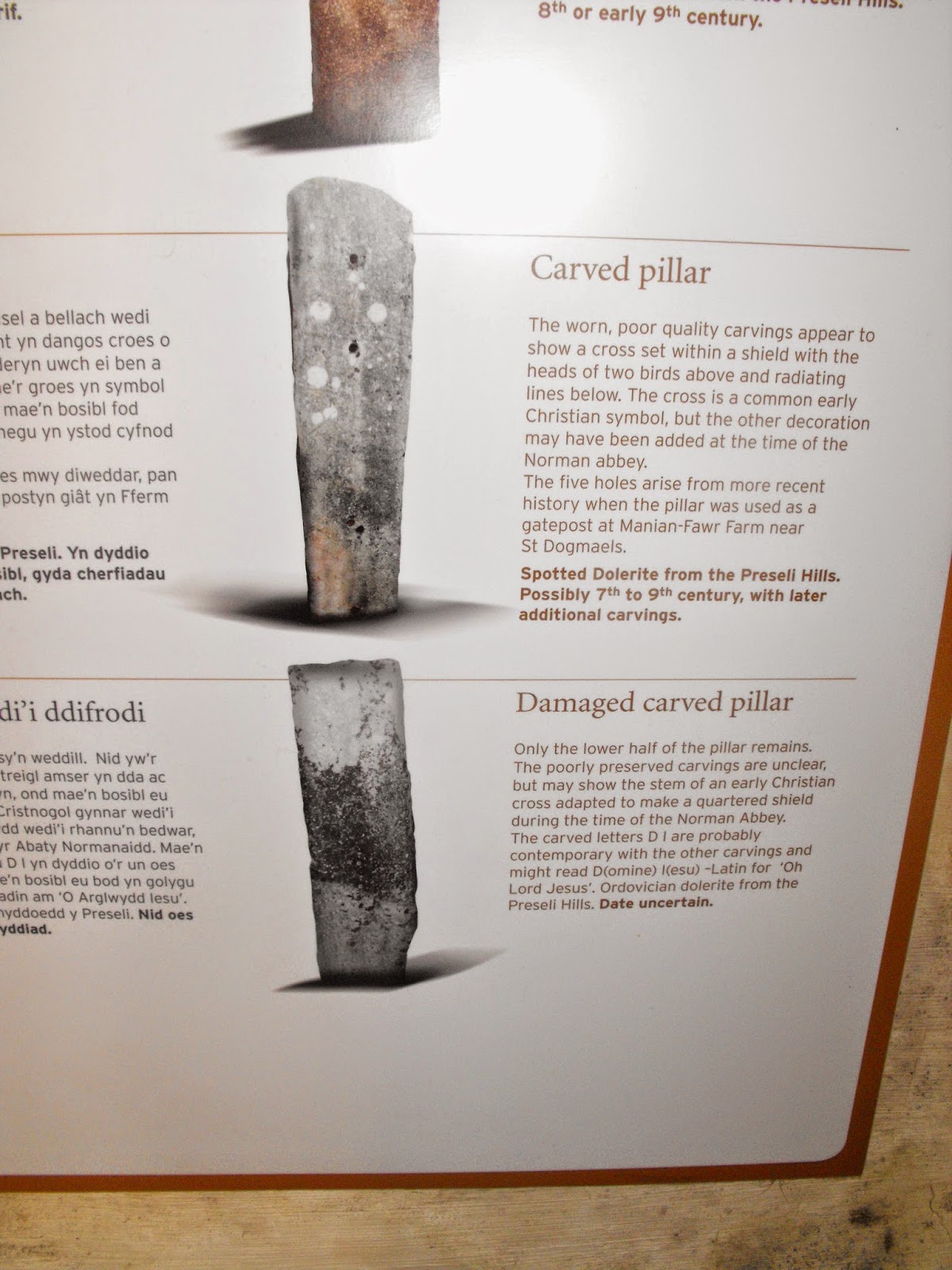 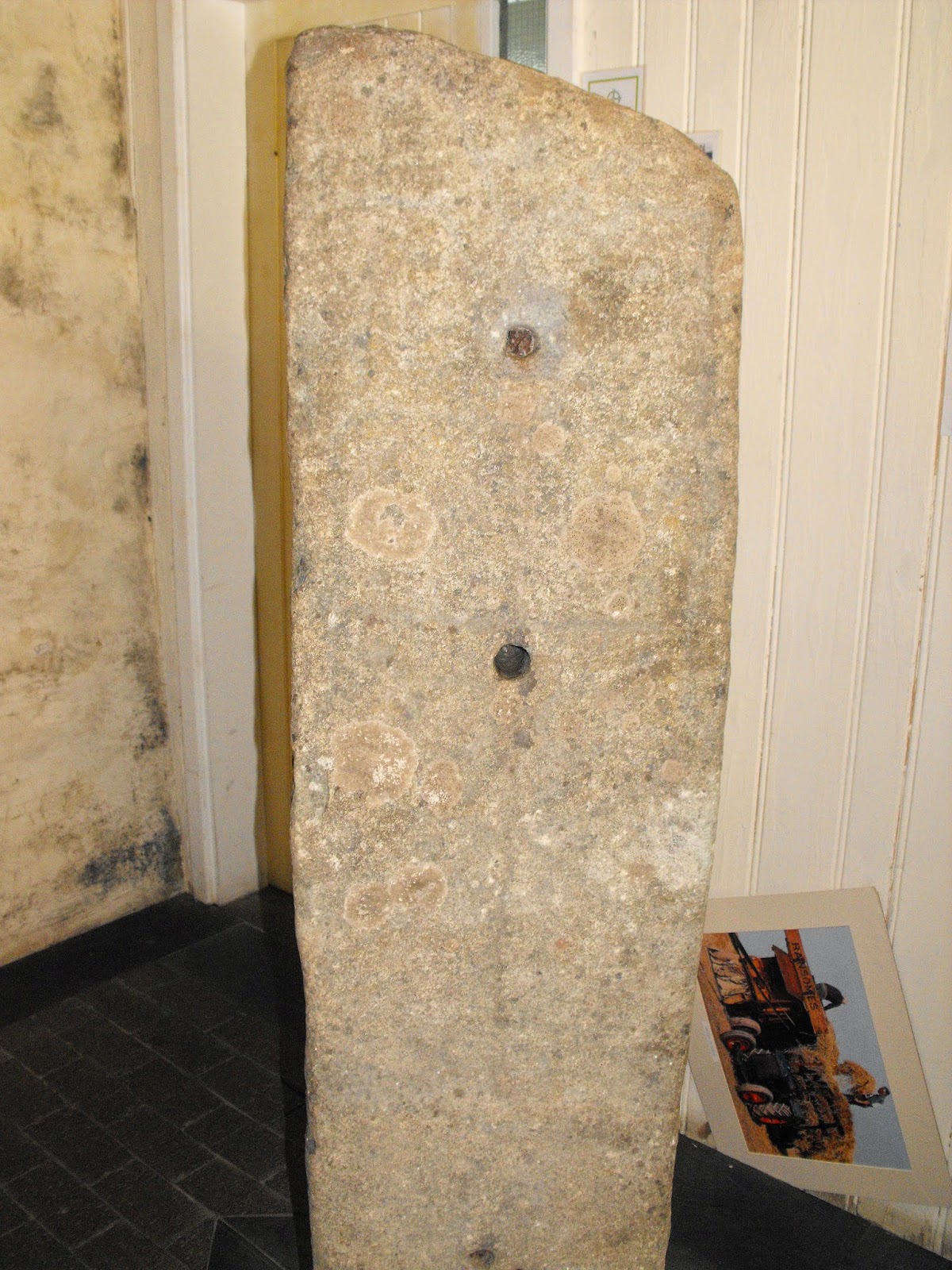 As you can see, some of these stones had new incarnations as gateposts . . . or the infill in a wall. 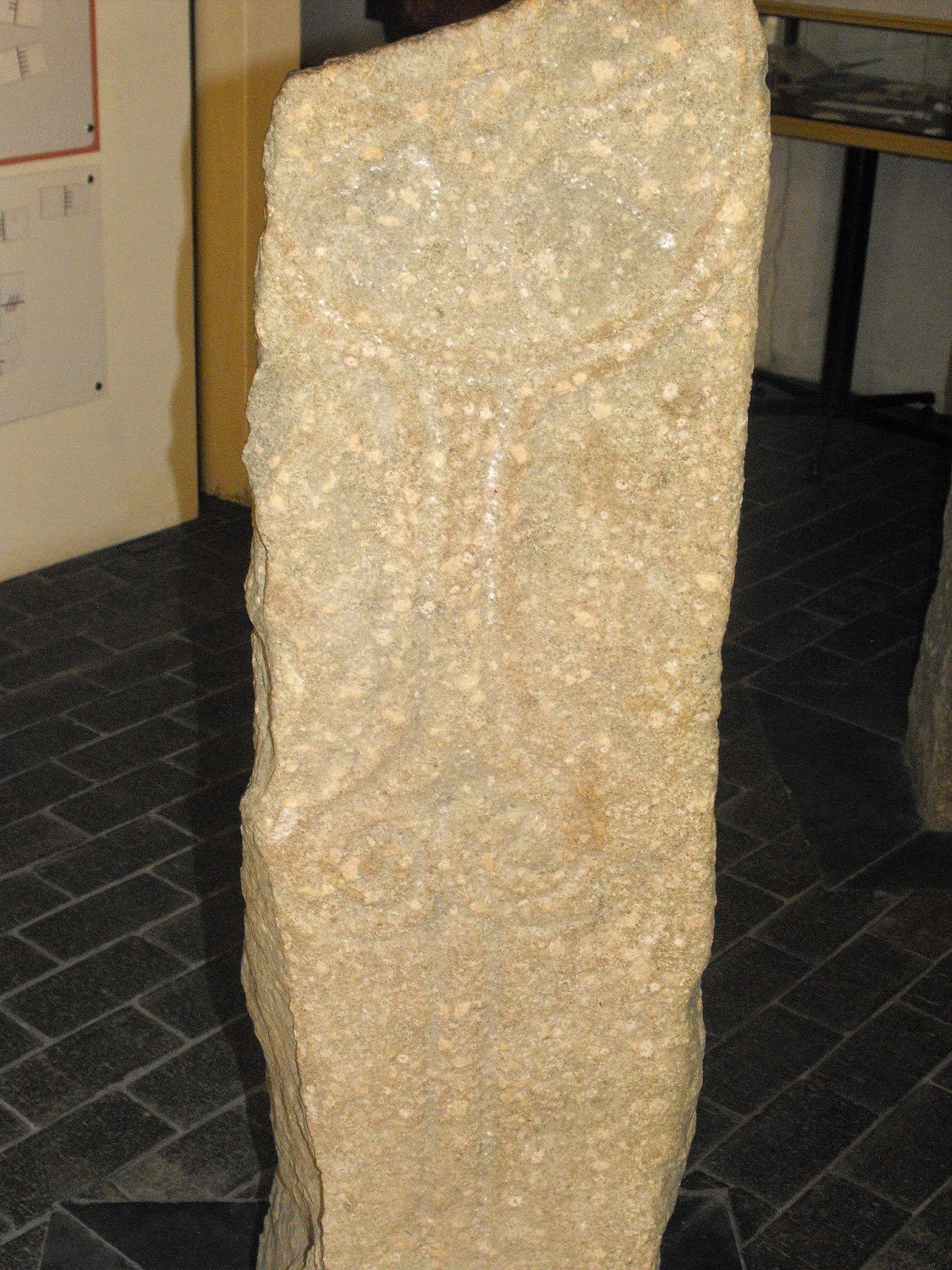 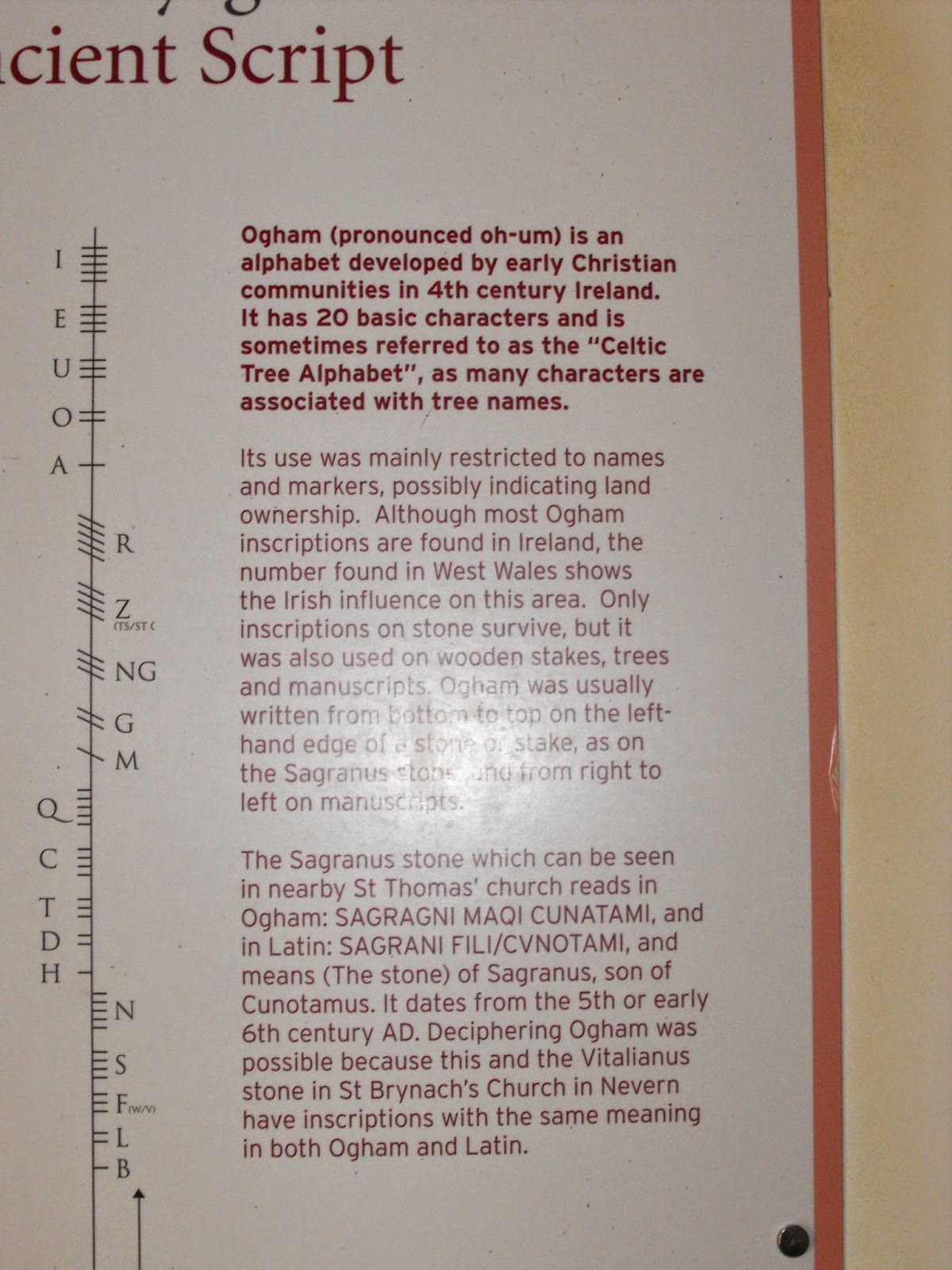 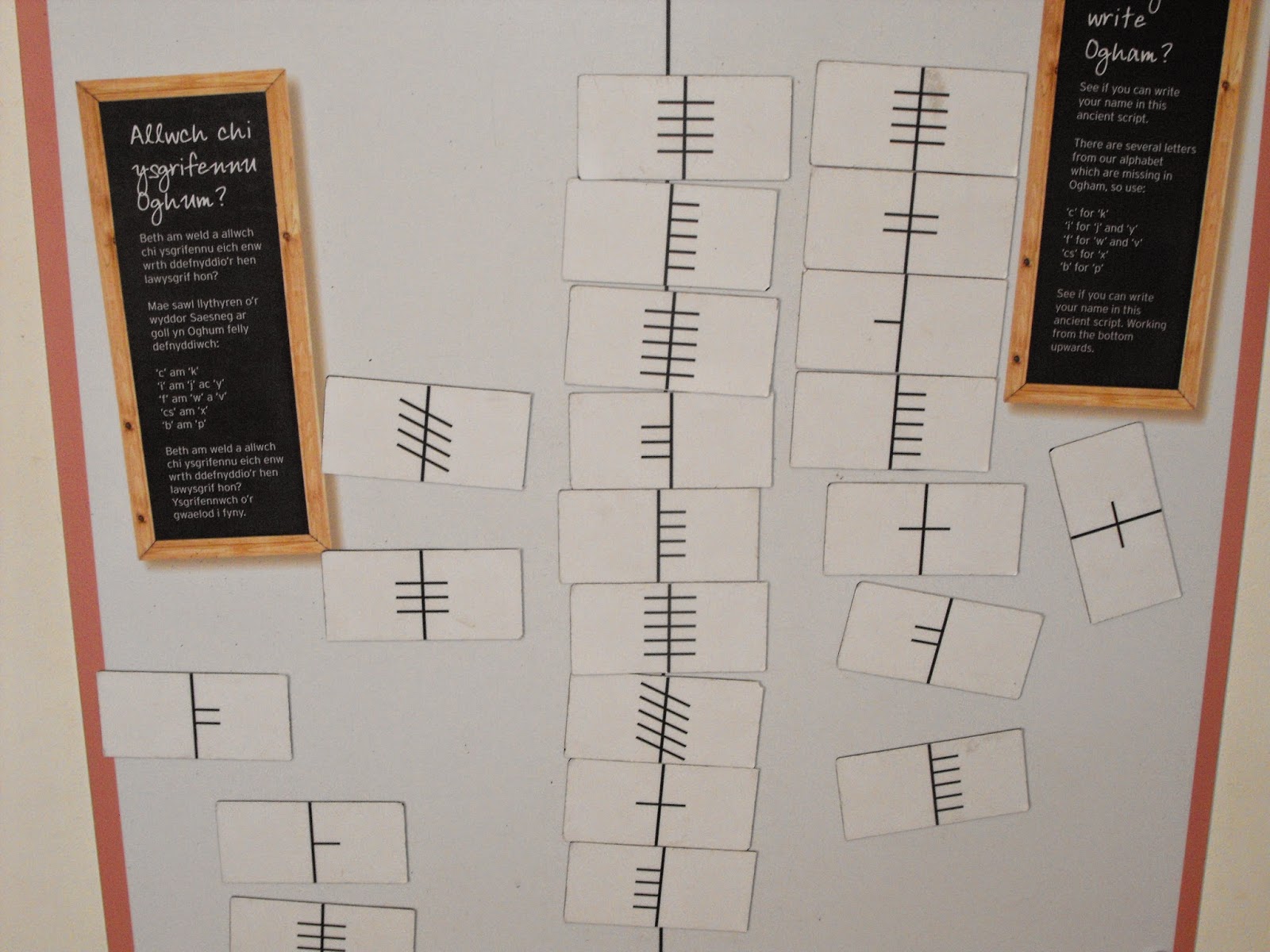 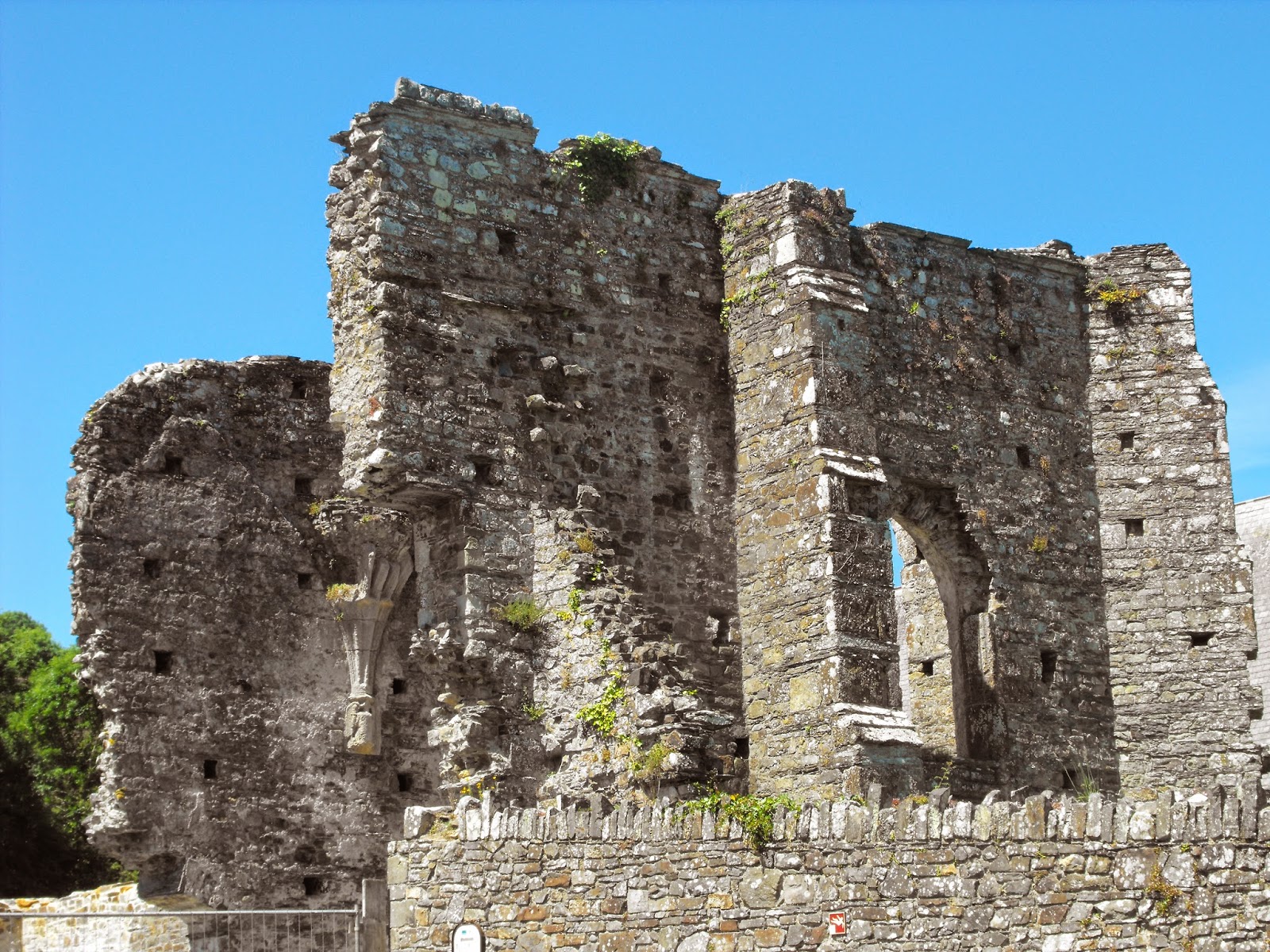 The remains of St Dogmael's Abbey, which must have been splendid before the Dissolution of the Monasteries. 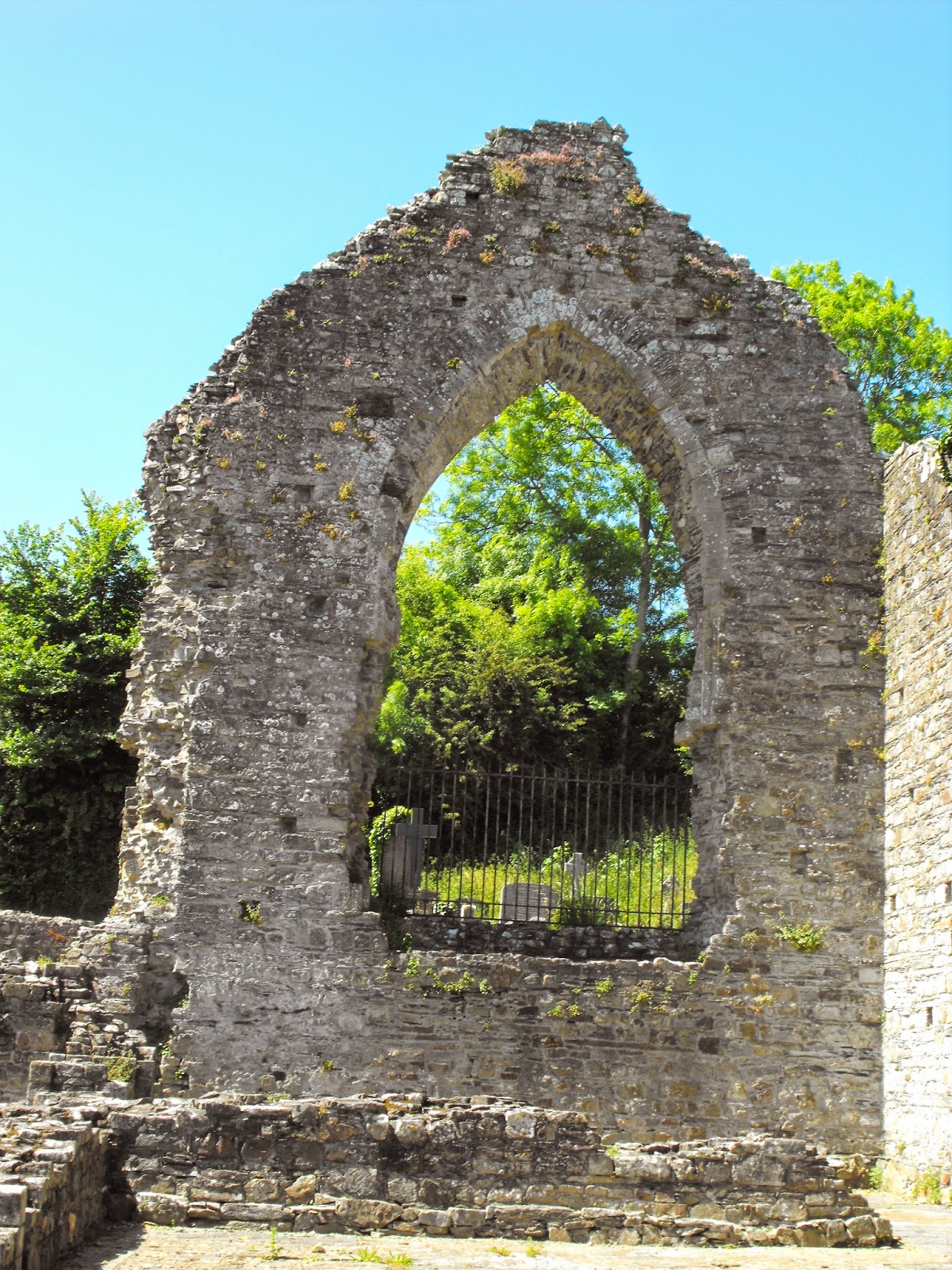 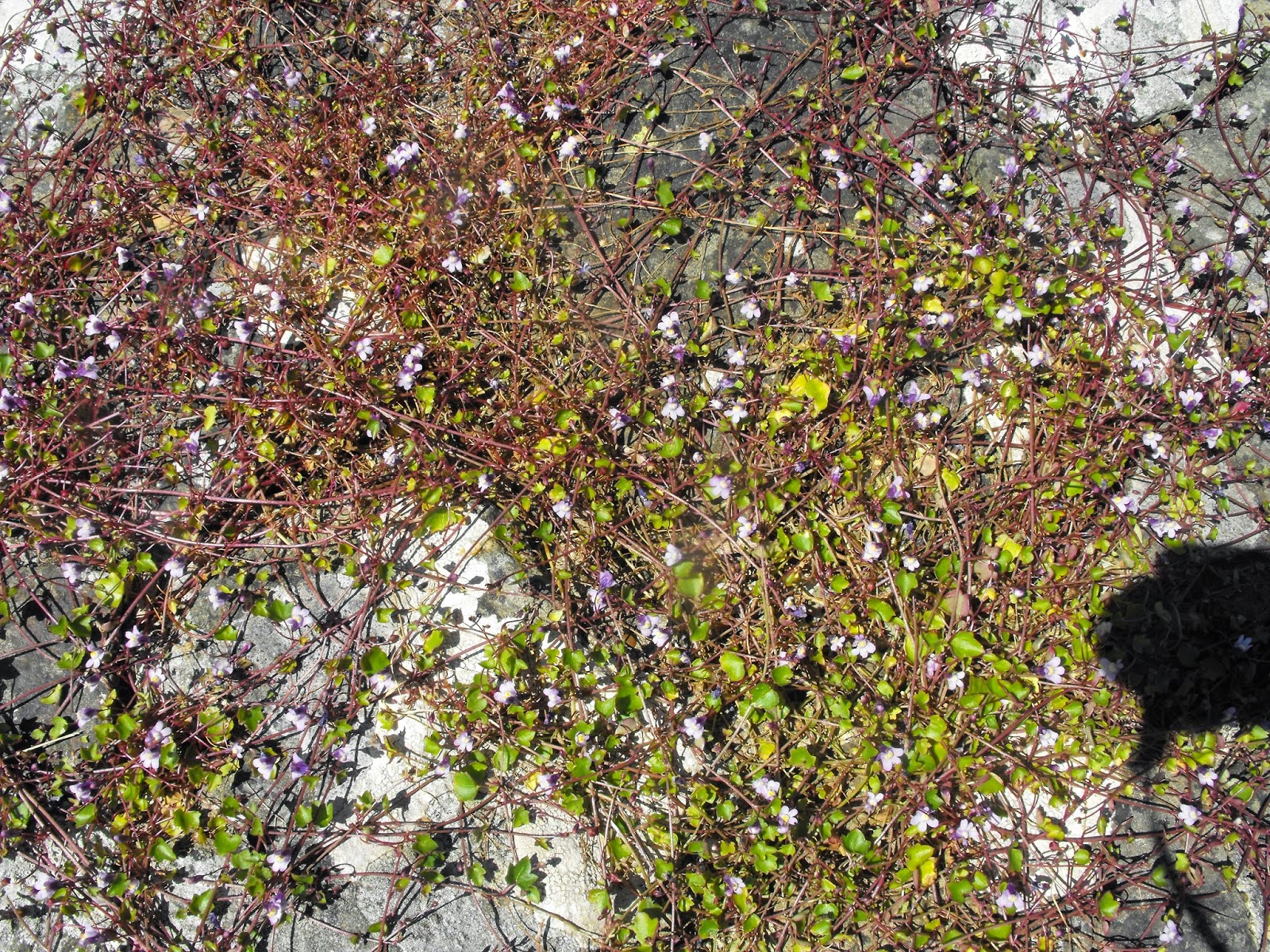 Ivy-leafed Toadflax growing across a bit of old wall. 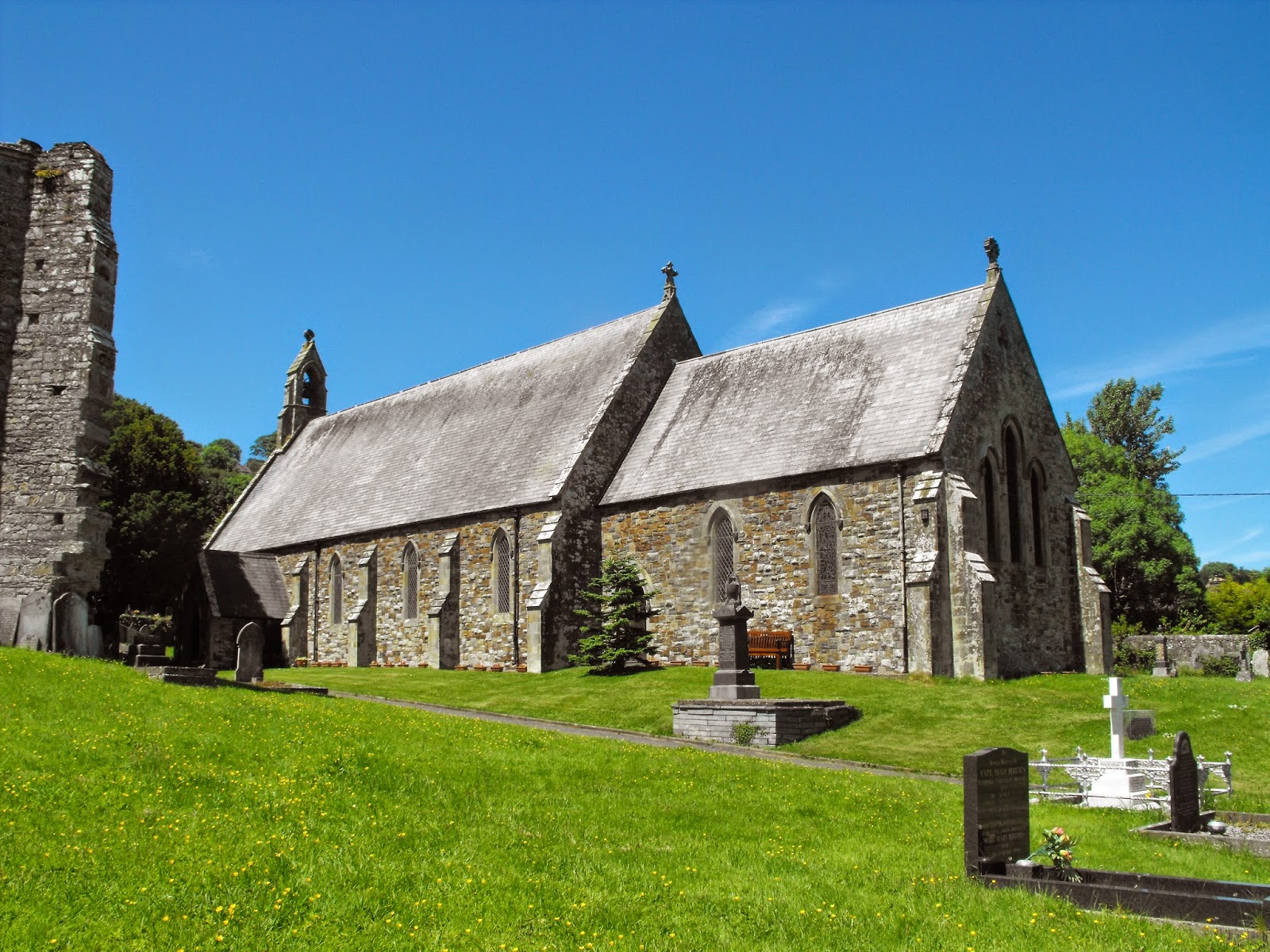 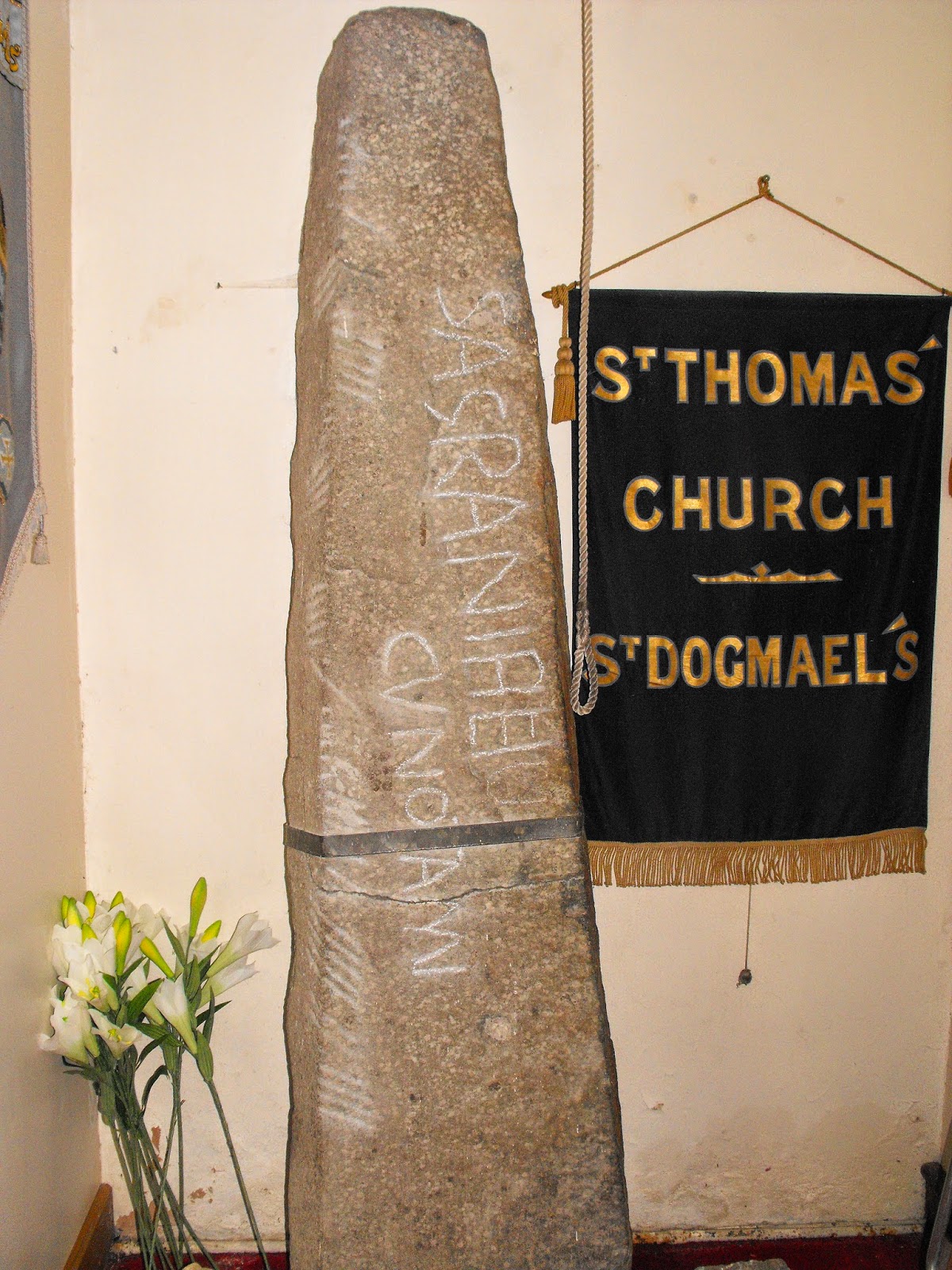 This stone was at the back of the church and is doubtless Romano-British in ancestry.  It had quite a strong . . . energy.  It is chanelling something (hah!  Damp, judging by the wall behind it!)  I will presume that it is  Dolerite stone from the Preseli Mountains, as are the other early Christian monuments on this site, but it has something the others don't.  Either the exact position it is in, or some quartz inside the stone, seem to give it the ability to chanel energy - and it was a somewhat negative energy too.  Strange. 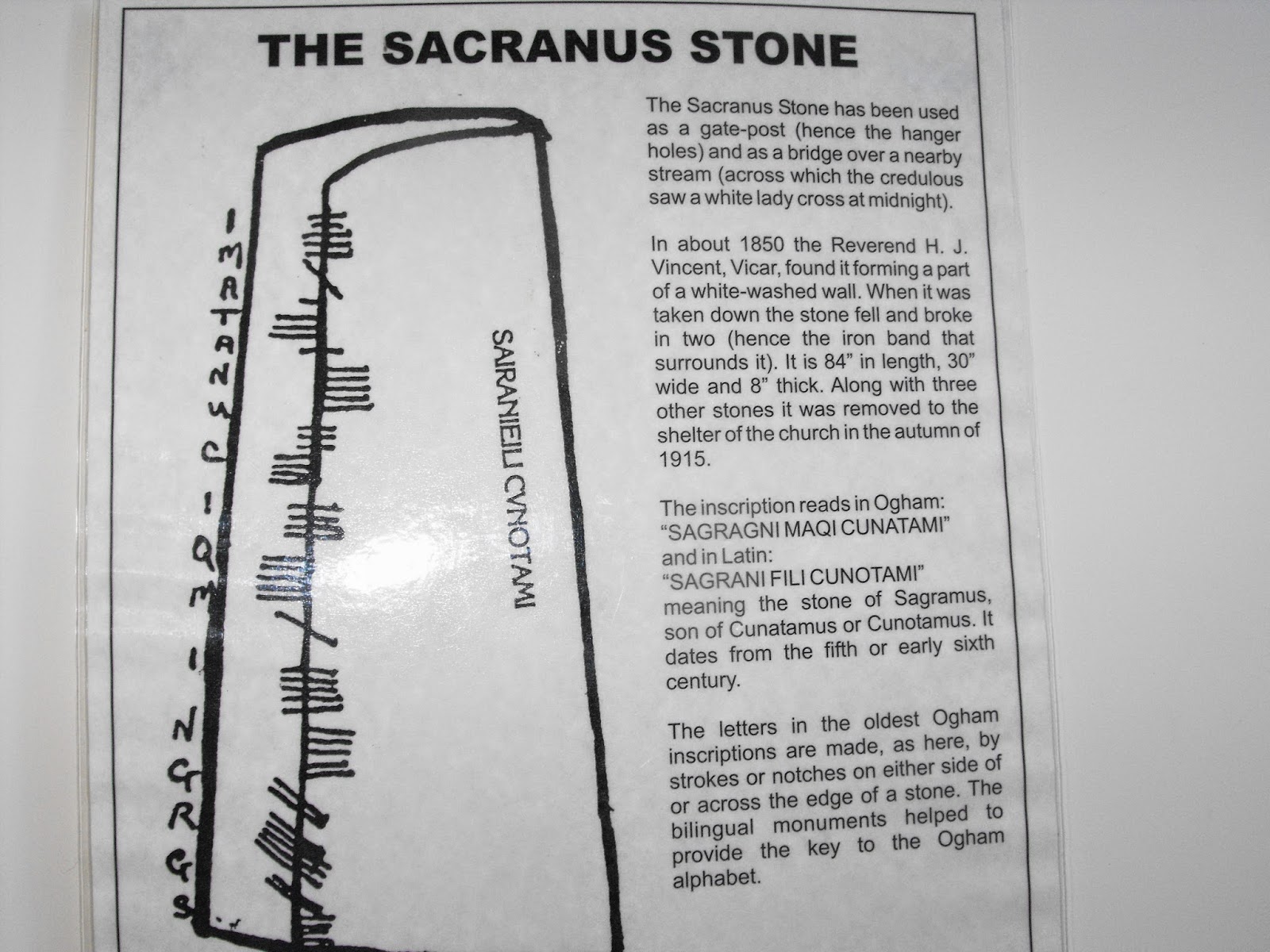 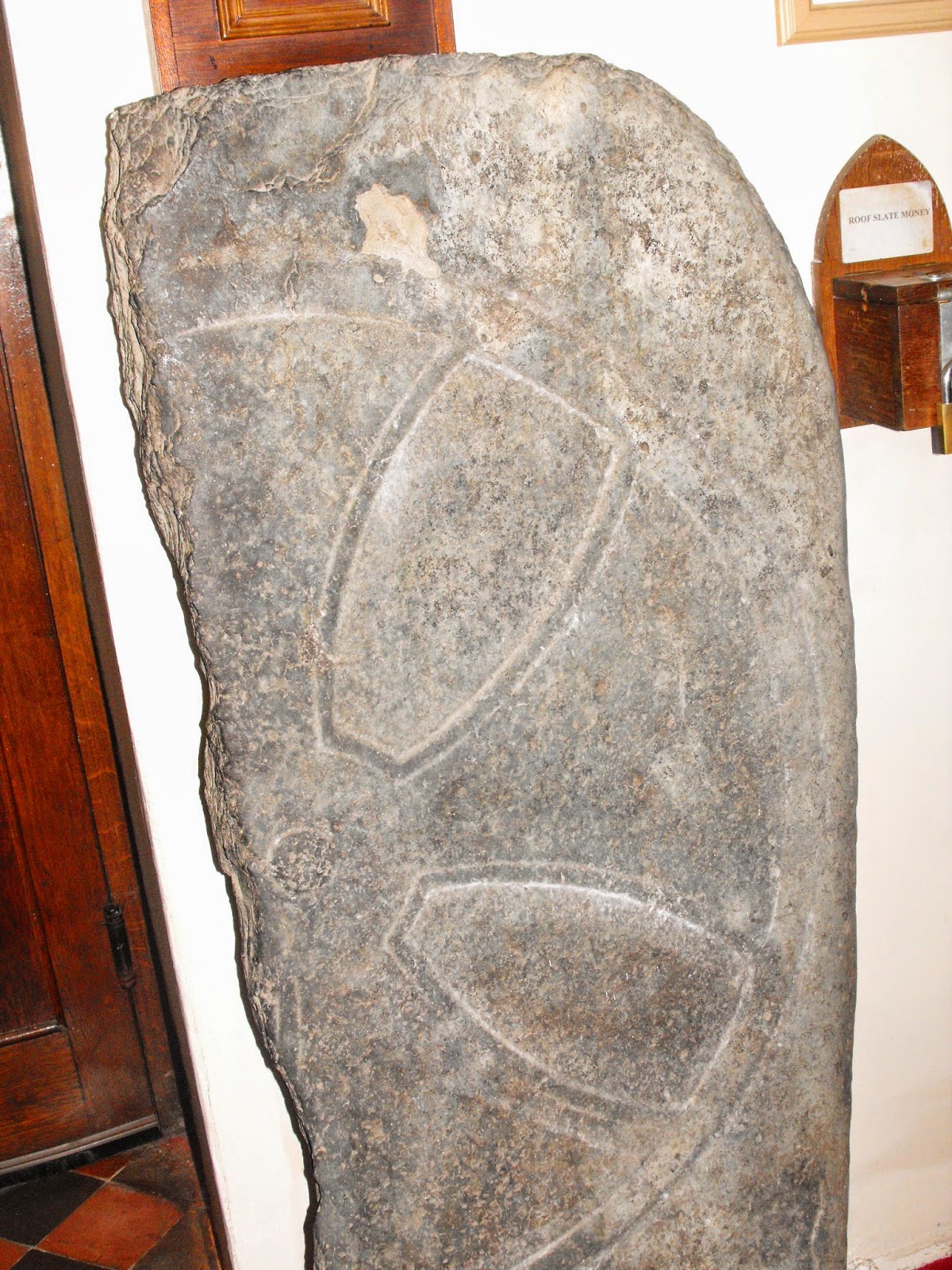 Another portion of a wheel cross monument in the church. 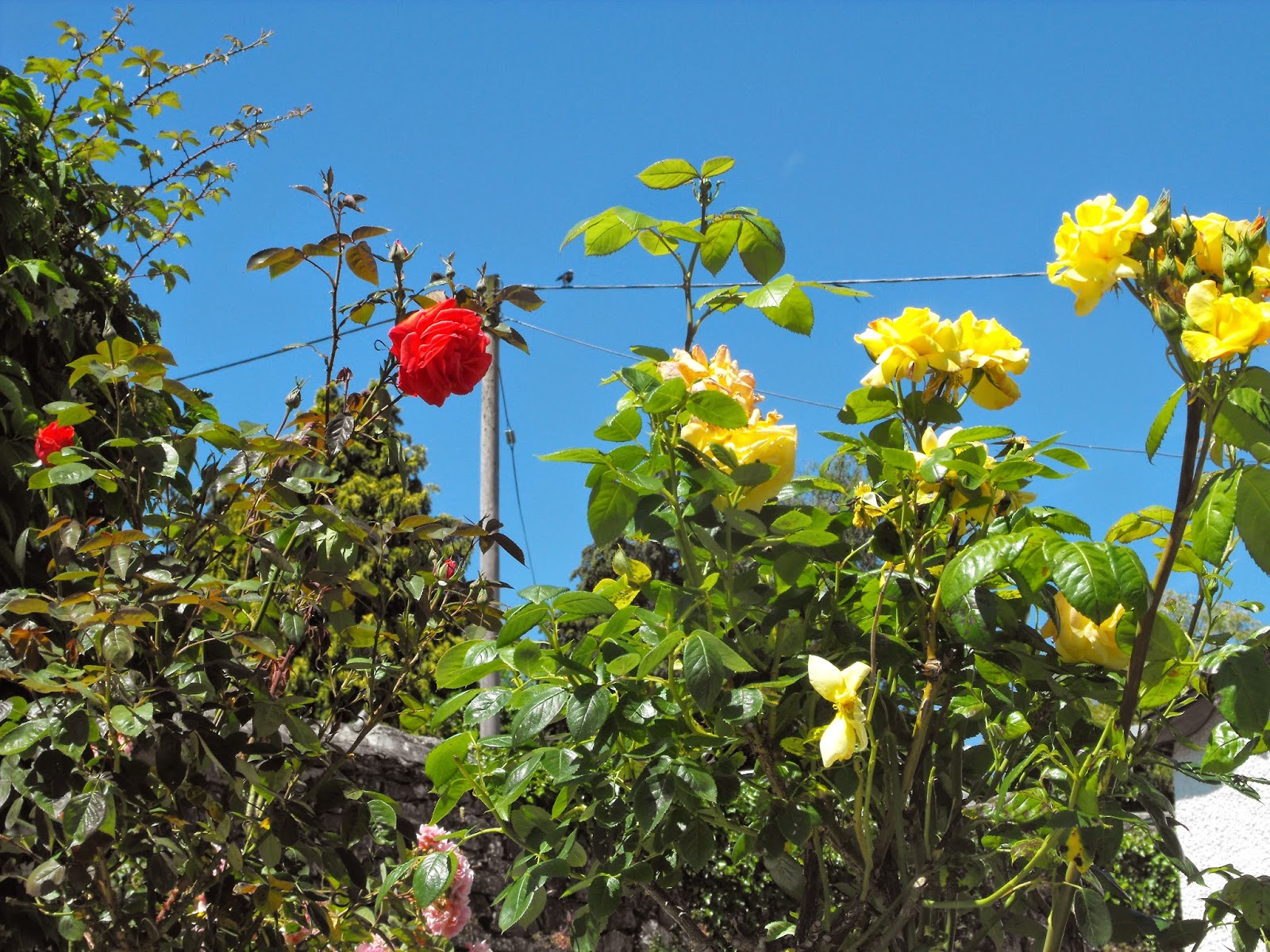 Just to lighten the atmosphere, here are some beautiful roses growing over a garden wall just outside the Abbey grounds.

Here, for Suffolk Smallholder, is the Old Mill and the Miller's House, which have this amazing deep pink rose growing up them.  I wish I knew which one it was. 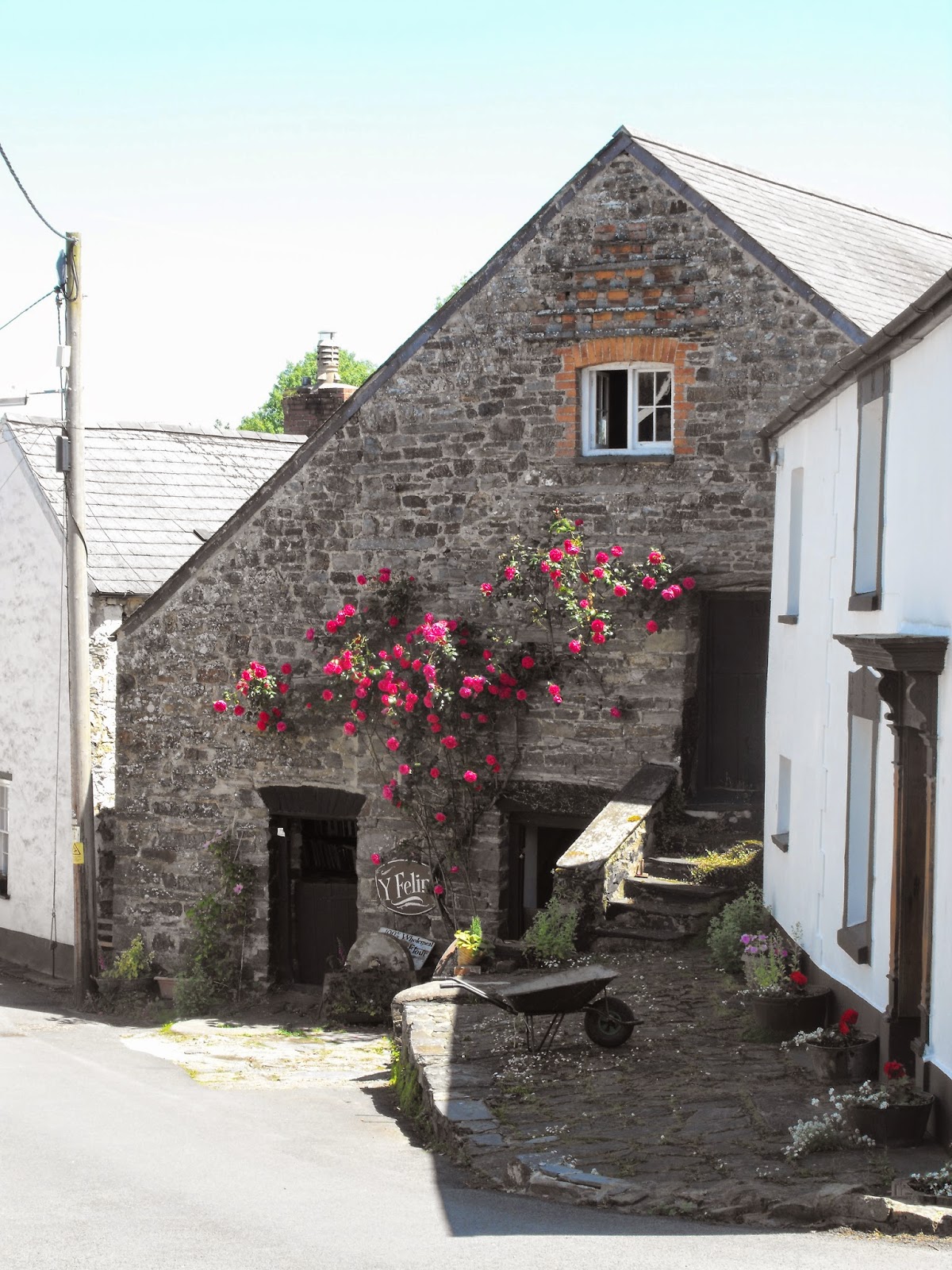 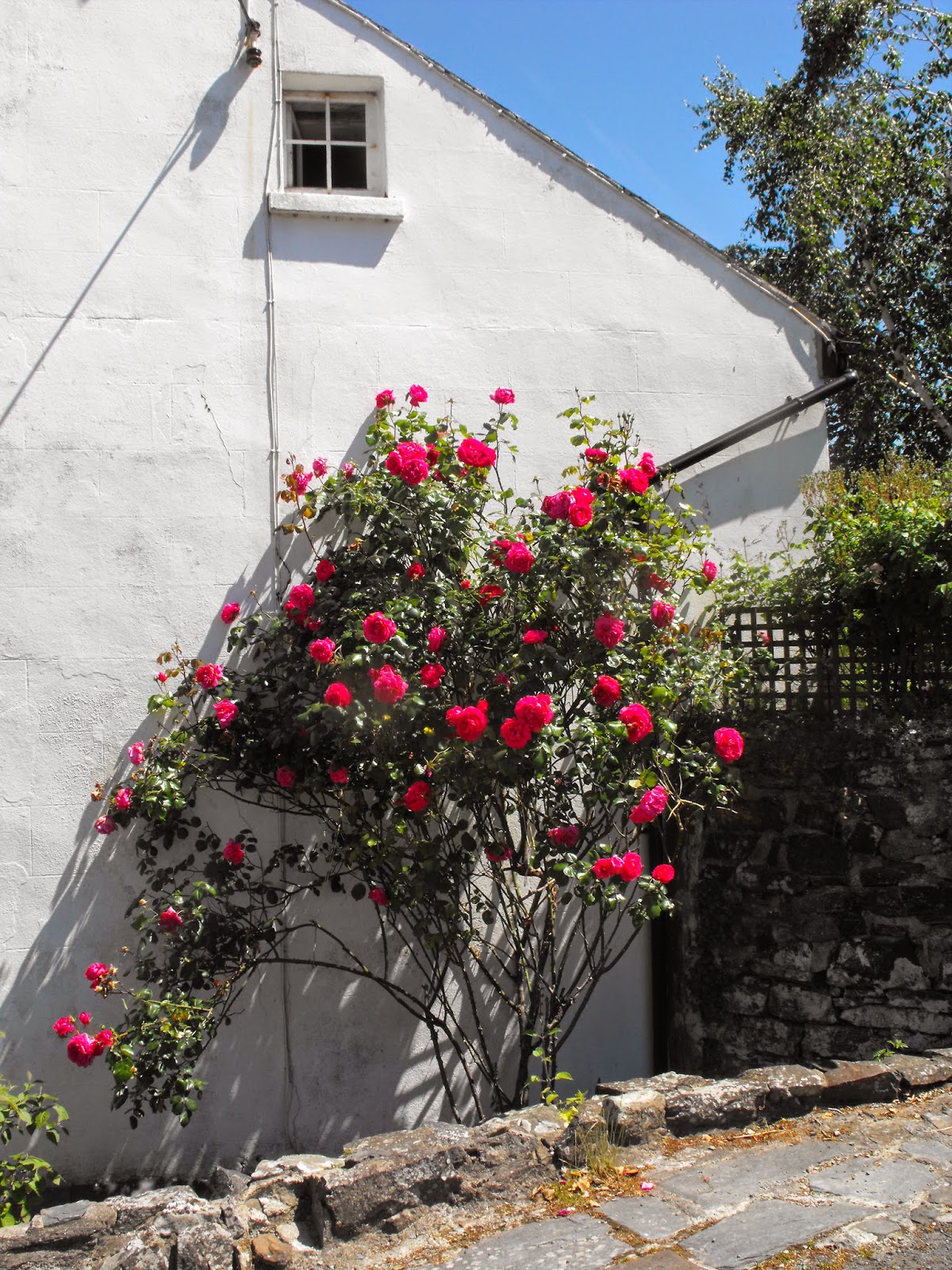 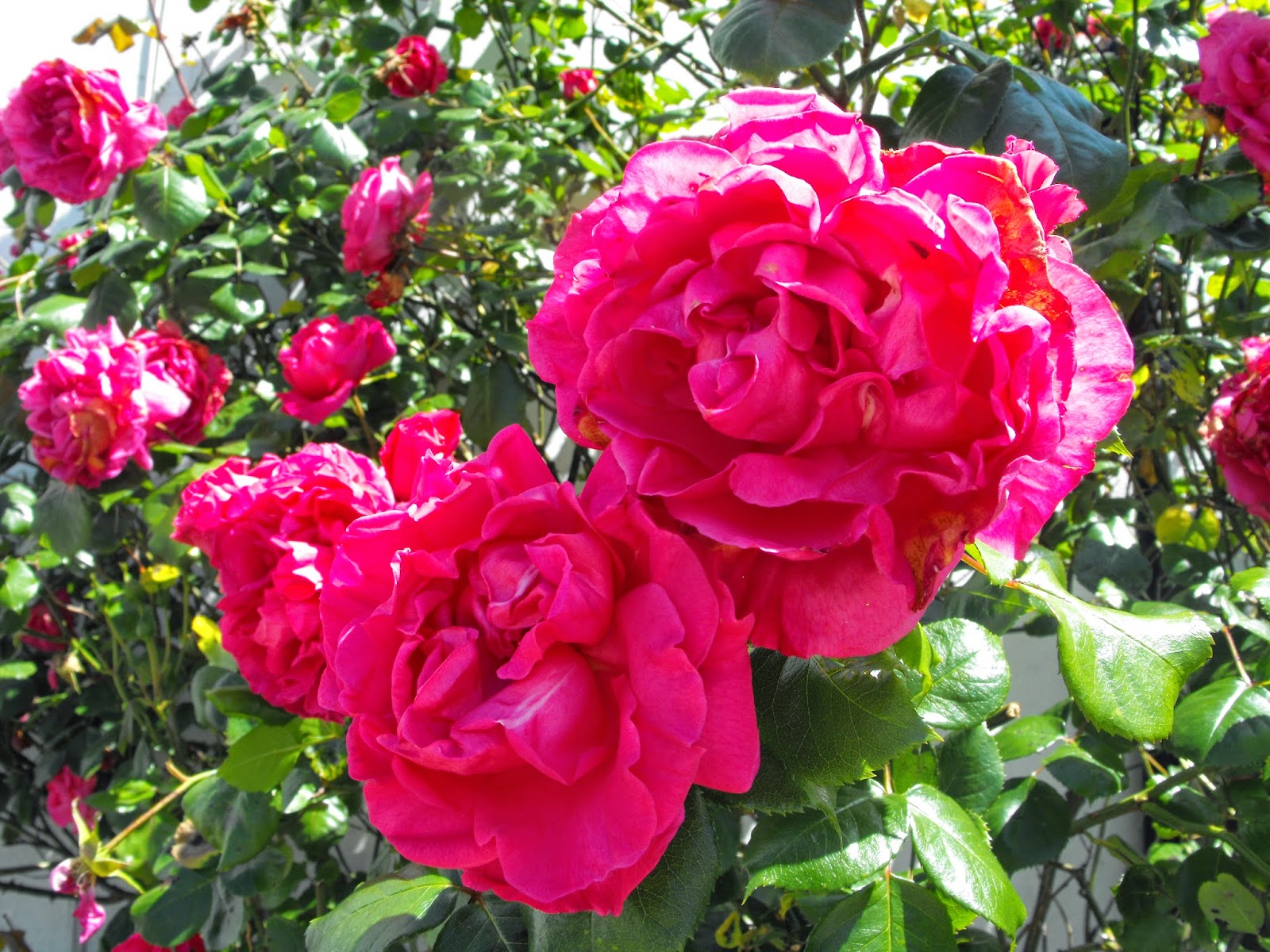