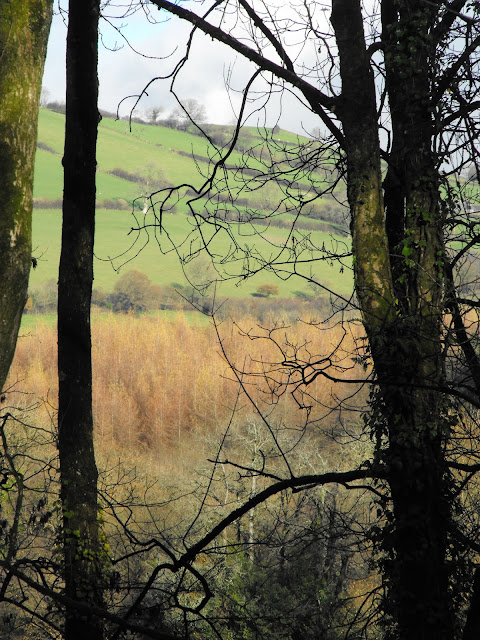 The Lucozade-look has faded from the Larch trees across the valley now they have dropped many of their needles. 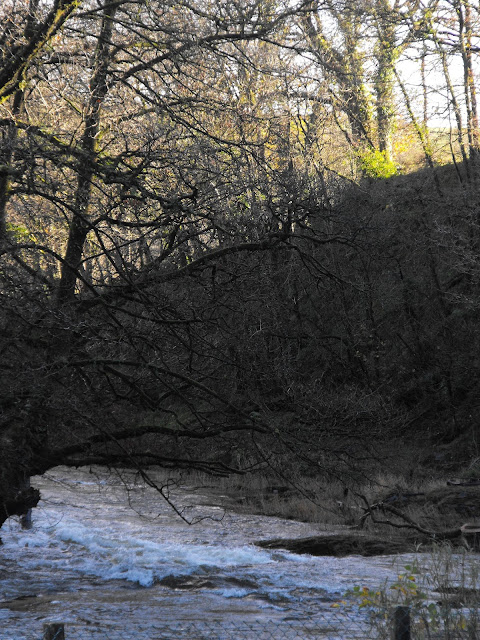 Above and below.  The river is running at speed again, but levels much lower than the recent spate.  I had a little walk along there on Sunday, camera in hand.  It was good to get out. 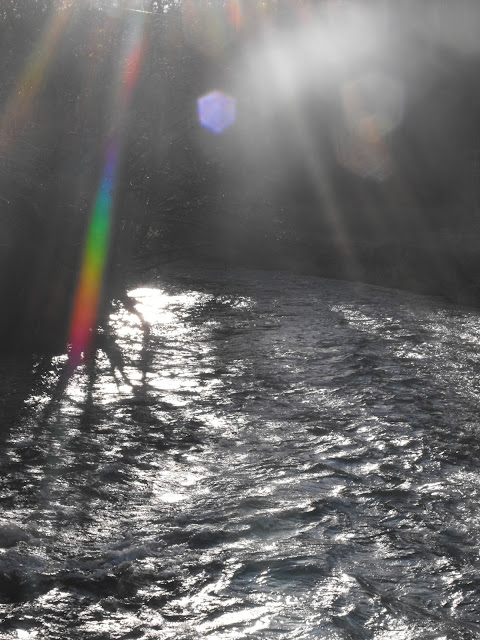 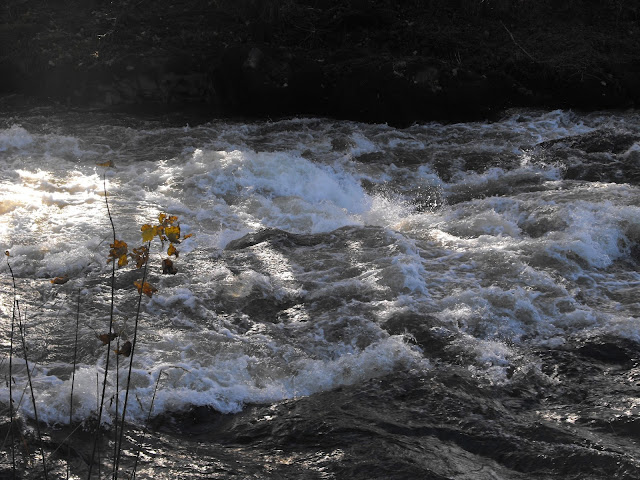 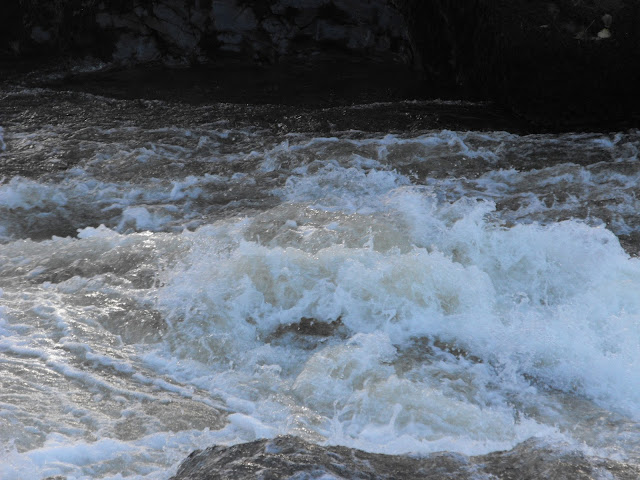 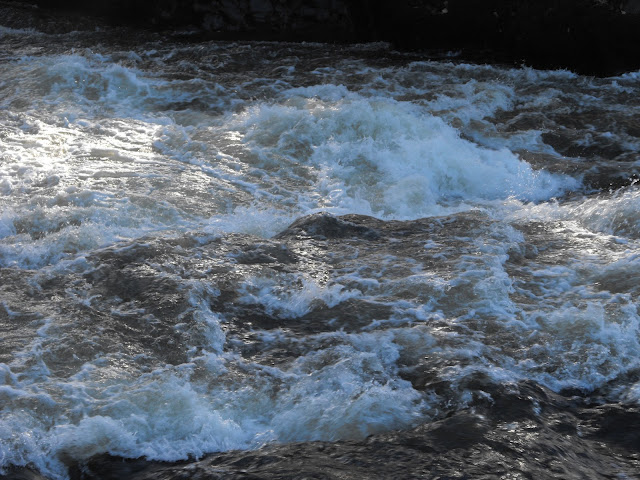 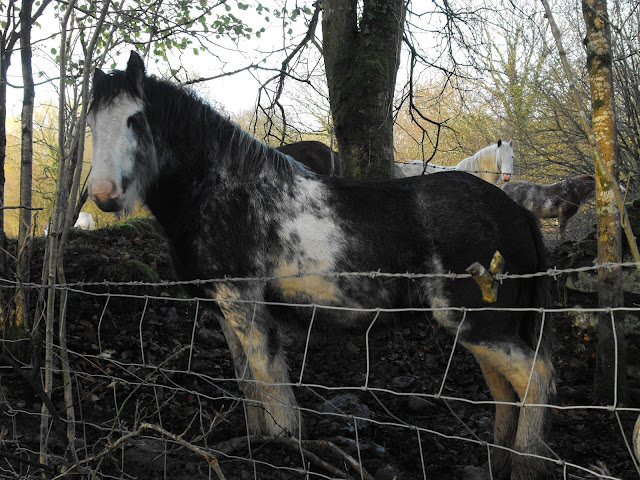 As it's winter, neighbour Gary has been enterprising and taken on some vanner mares to take the grass off Annie's overgrown fields.  I think they are some oblong to a local chap who has a lorry with "Bobby's Blagdons" on the side.  This cob has typical blagdon markings (white on legs and splashes on body) and there are some red blagdon mares here too.  These colourings are desirable in gypsy cobs. 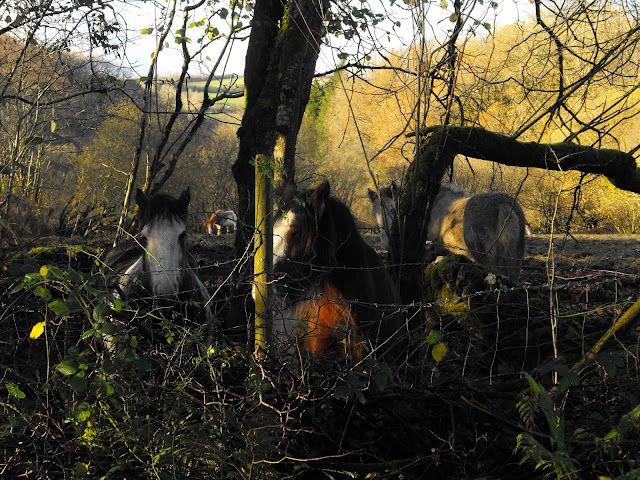 These mares were hoping I was going to give them some treats! 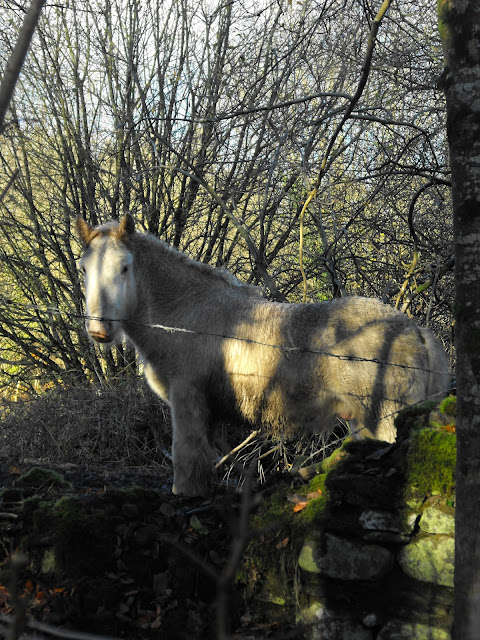 This light-coloured colt-foal had a smudge of cream coat around his eyes so should end up that colour unless it was a trick of the light.  There are two white-grey mares in the field (one is mum) so perhaps he will just stay white-grey. 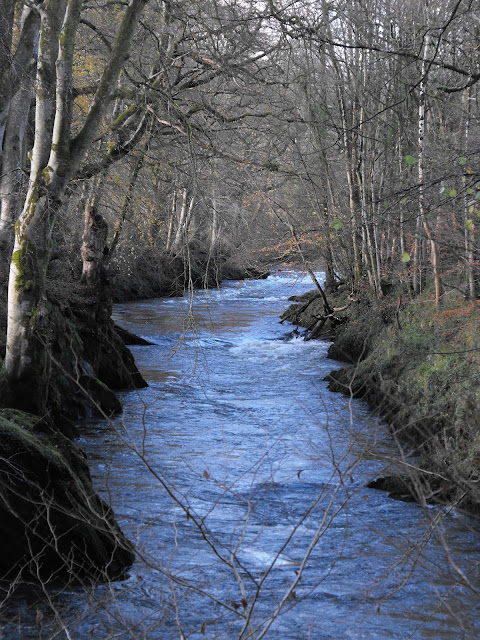 Above and below - it's amazing what a difference a bit of sunlight makes to the river valley. 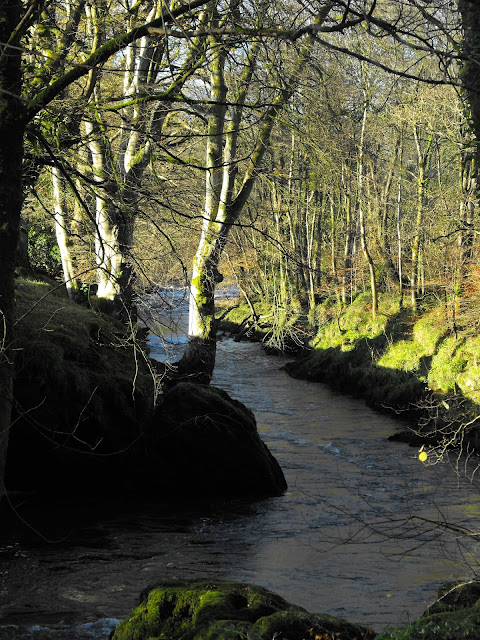 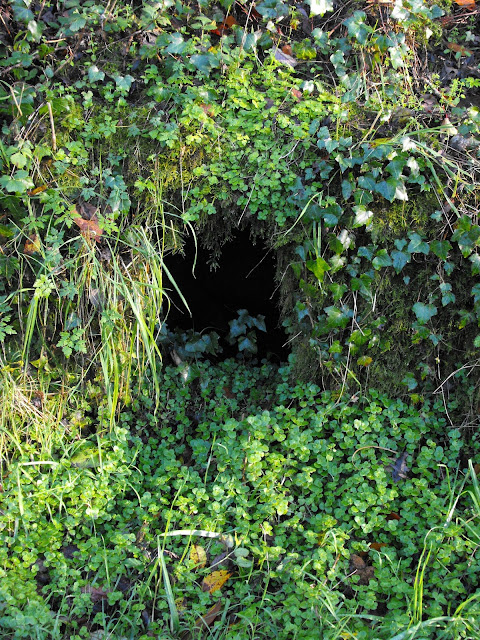 Within living memory, this well outlet was the only source of water for a cottage above it.  It was derelict when we arrived in 1988, but I think was lived in until the 1970s.  It is hard to imagine no running water in a house. 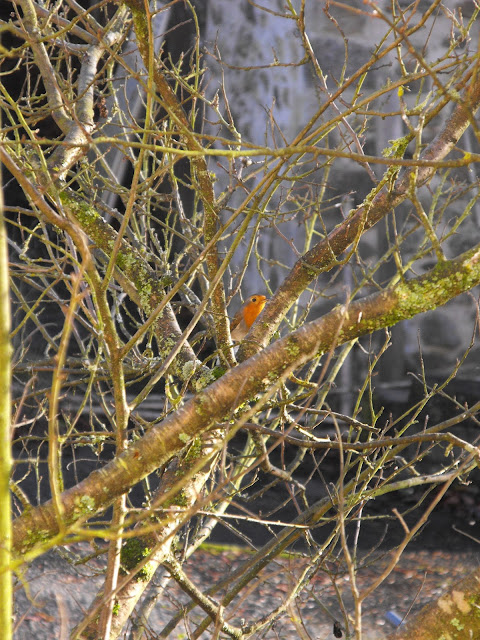 Waiting for me when I got home was my Kitchen Robin,   His look told me he was hungry!
Posted by Bovey Belle at 01:39