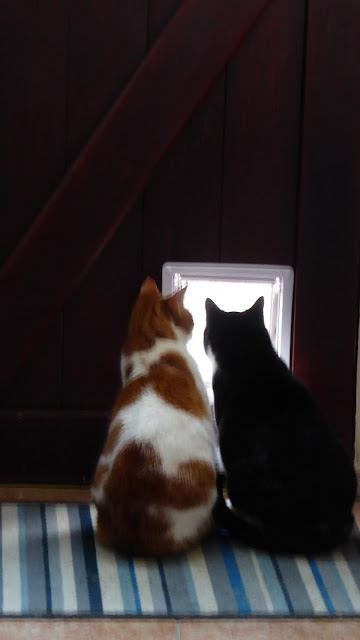 Cat television.  The brothers seeing what's going on outside! 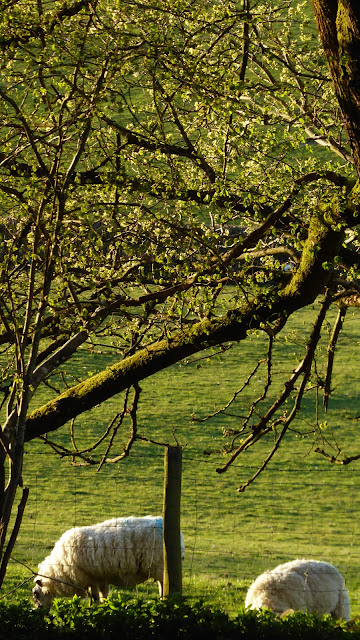 Sheep across the lane from us. 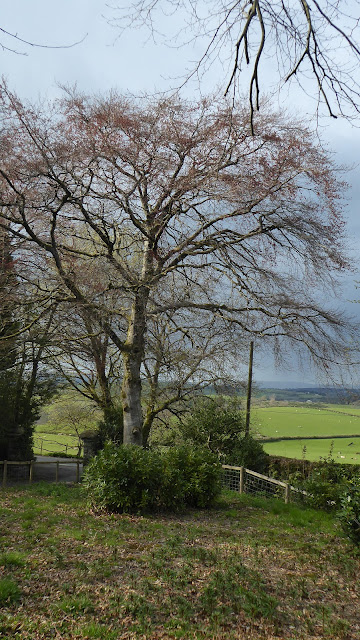 The end of the "wildlife" paddock! 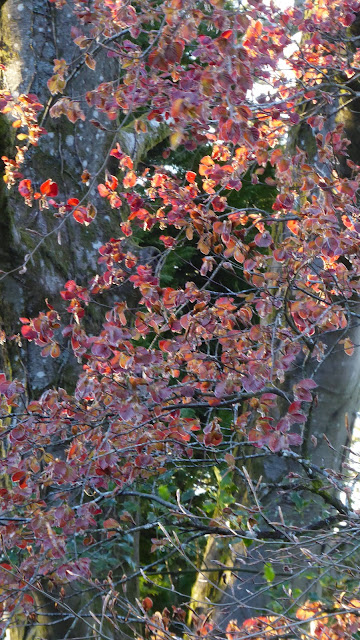 Sun on the beech tree at the end of the wildlife paddock.  I had hoped it was a copper beech, but now it's starting to turn green. 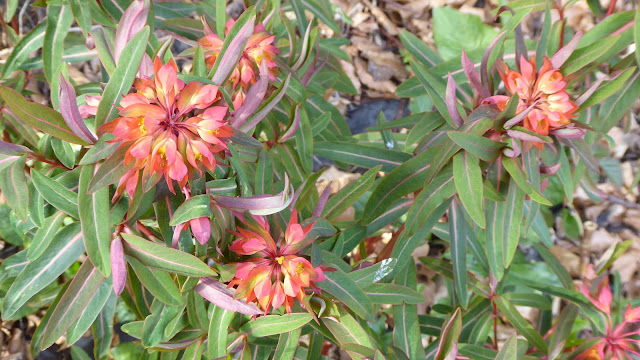 One of the more colourful plantings here - Euphorbia griffithii "Fireglow". 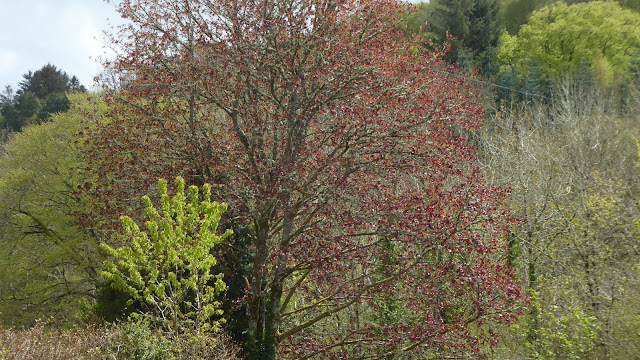 Across the lane - hundreds of beautiful trees in the valley beyond. 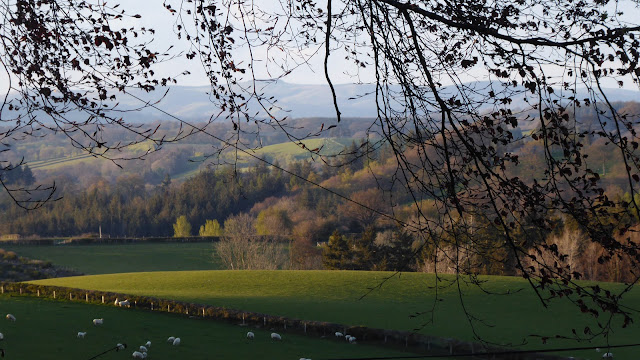 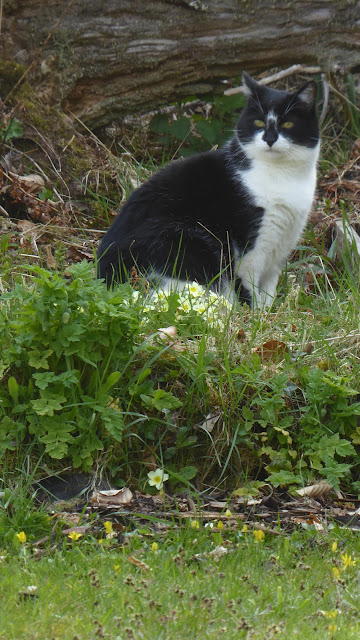 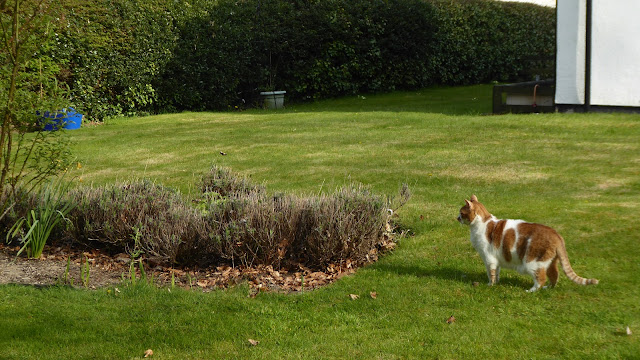 Brother Alfie by the bird feeder.  The jury is out on the (I think) rather elderly lavenders.  Some have been hoiked out already, but I may give these one last summer before replacing them with younger plants and some different plantings.  I've already put some Gladiolis in, a rose, several Delphiniums and a perennial Wallflower. 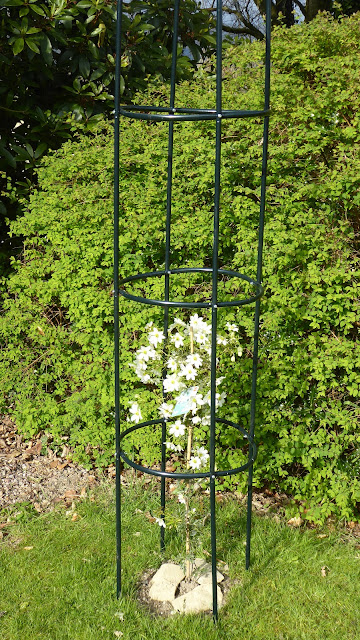 One of the Clematis (grandiflora I think) and the support which was part of a birthday present from my son. 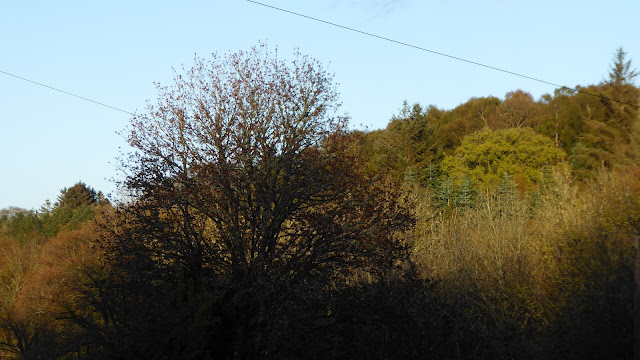 The sun setting on the valley trees. 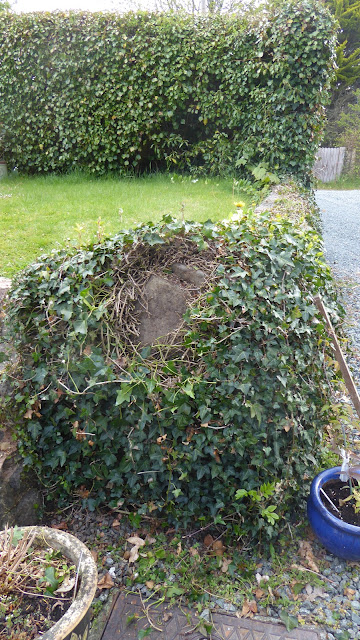 This week I started on one of the jobs which really needed doing - clearing the ivy from this wall.  That said, with the ivy off it still isn't very pretty - shades of 60s Flintstones! - but I am going to grow a Clematis montana rubens along it.  That's surely an improvement on ivy!  I need to get some quick drying cement to reset loose and fallen stones which the ivy had grown behind. 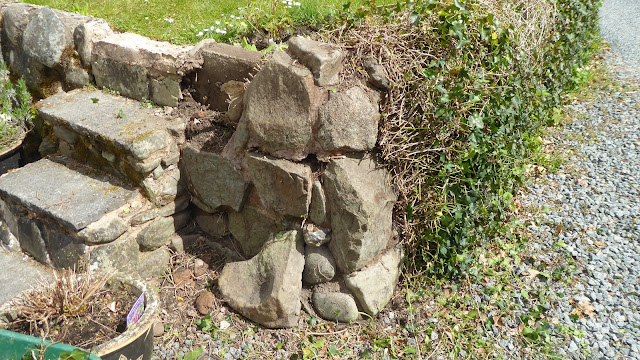 Labels: Photos of the new garden and cats.