Open Garden (not mine!!) 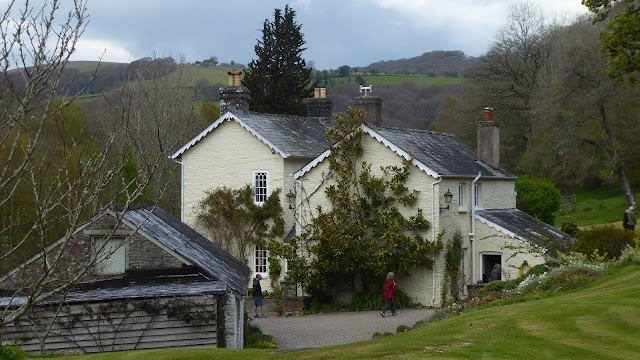 On Sunday afternoon, Tam and I had booked tickets to go to an Open Garden about 7 or 8 miles from us, Pontsioni House.  The grounds were lovely, and not a weed to be seen!  There was a plant stand as we came in and I couldn't resist a couple of plants - a lovely blue Lungwort (Pulmonaria) as there aren't any here, and one called Telima grandiflora.  They got planted on the Bank this afternoon, along with a few other shrubs, so tomorrow's heavy rain can water them in properly. 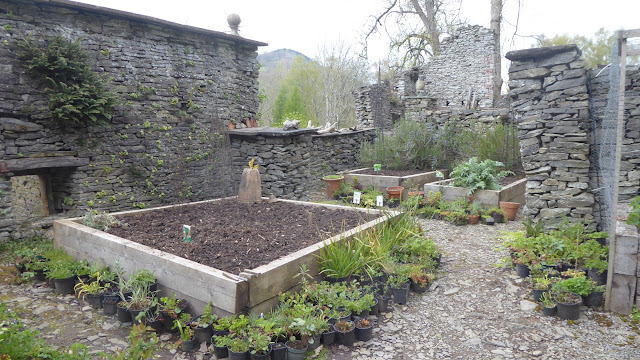 This area was called the Walled Garden, as it was set inside the ruins of presumably the original farmhouse on the site.  What a great micro-climate for plants.  One of the rooms had been turned into a soft fruit cage with netting. 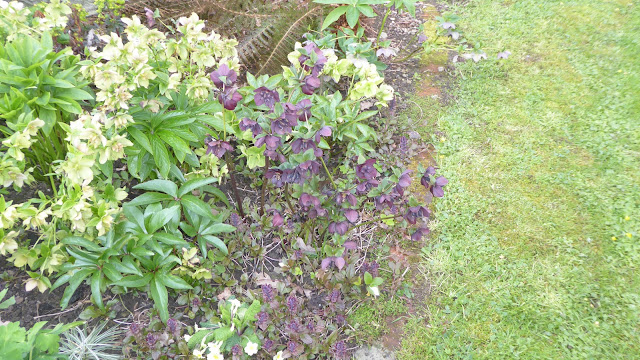 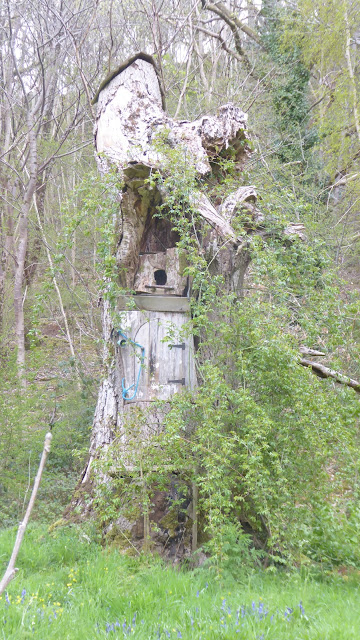 This was called the Owl Tree and the broken off top of the trunk had a little roof on it. 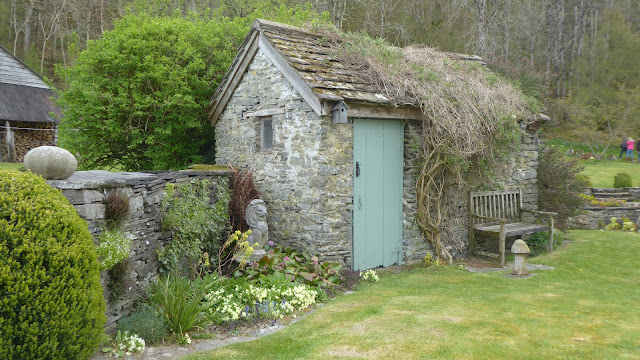 A handy little storage shed covered in a clematis I think.  There was quite a bit of garden to roam and we could have walked up to see the view from Aberedw Rocks, but it was a steep climb and a windy day and we had had our exercise at Gilfach that morning. 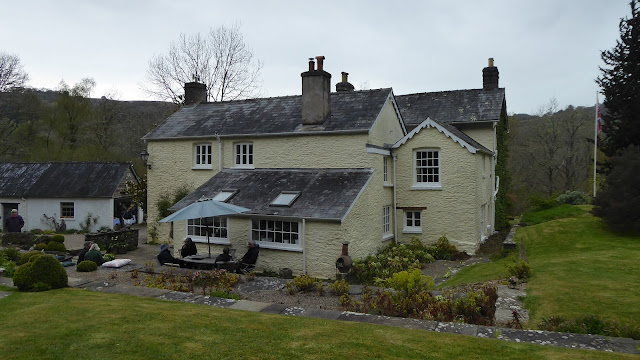 As you can see, it was a lovely house and had quite extensive grounds. 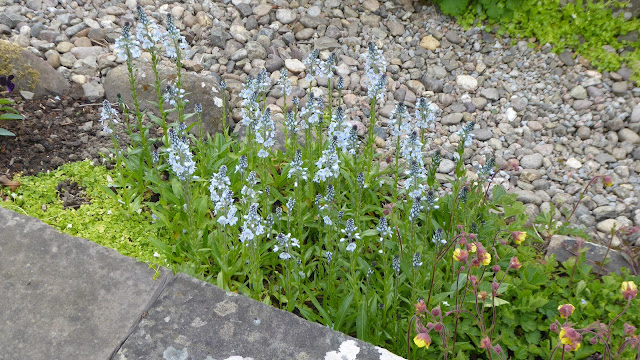 Veronica gentianoides - I'd like this in the garden.  Growing next to it on the right are Avens Geum Tempo yellow.  I have lots of the pinker version of this growing on the bank here. 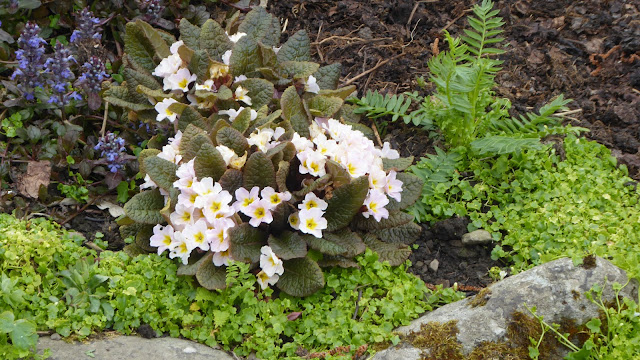 An unusual primula with dark leaves. I've looked it up and think it is a variety called Kennedy Irish Drumcliff or else Primula Dunbeg. 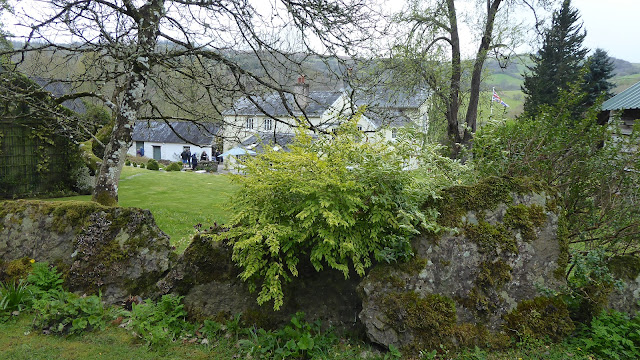 They had used huge slabs of rock to provide backdrops for plantings.  Our bits of rock here are considerably smaller!! 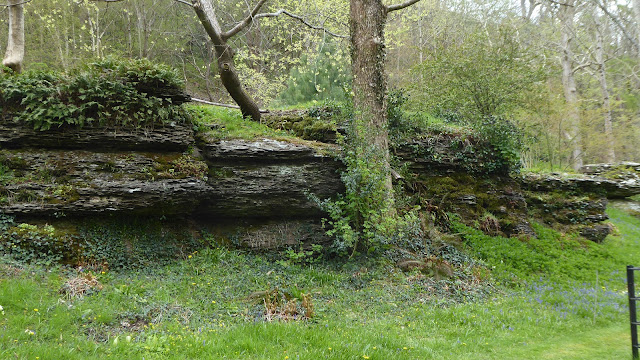 Some more horizontal slabs of rock in their natural setting . . . 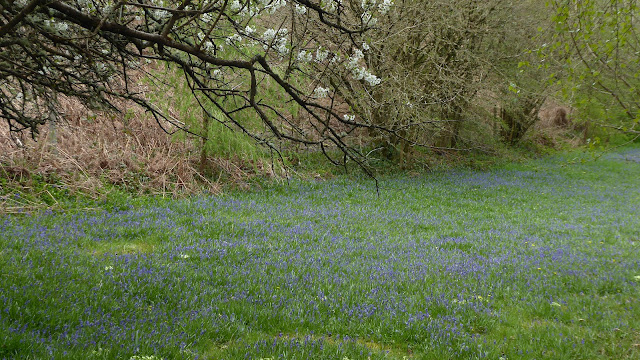 Bluebells were in flower beside what had been the old railway line to Builth.  They needed another week or 10 days to be at their best though. 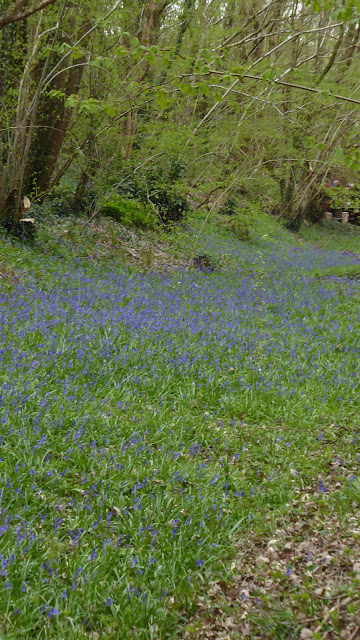 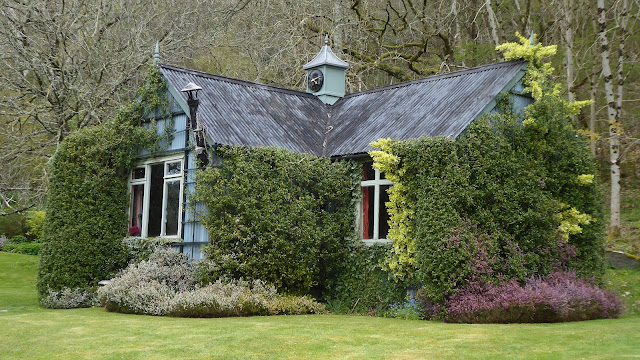 What a lovely little cottage, perhaps something to do with a departed stable block in the past, because of the clock on the roof. 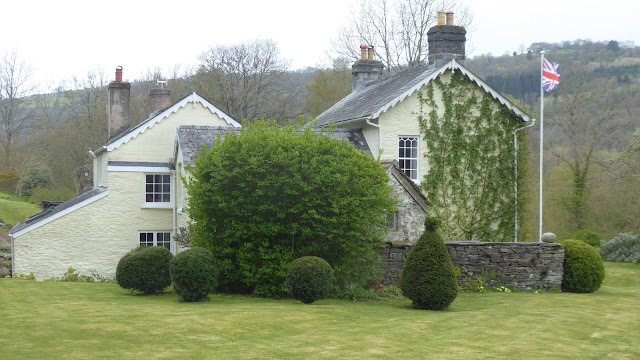 A last view of the house.  Personally I would have had roses everywhere, but that's me!  It made a nice change to see someone else's plantings anyway and we will go to more gardens this summer.
Posted by Bovey Belle at 11:14