A somewhat disappointing morning out

We had planned a day out today - to visit a little Antiques/Vintage Fair at Crickhowell, and then to go on to Llwyn Celyn to see it decorated for Christmas.  Well, the 2nd part (which I was looking forward to the most) had to be cancelled because the work wasn't done on the car.  Which left the Vintage Fair.  Well, my gut feeling said it wasn't going to be our sort of stuff, and on the whole, it wasn't.   Some nice things offered by dealers, and some craft stalls as it was before Christmas, but only one stall interested us and Keith bought two Moroccan style lamps there.  The other stalls I just wheeled him past as he's not interested in jewellery, or knitted goods!  I noticed a lovely Labradorite pendant but sadly it had been broken in half, as the honest dealer pointed out.  Such a shame as it was lovely. 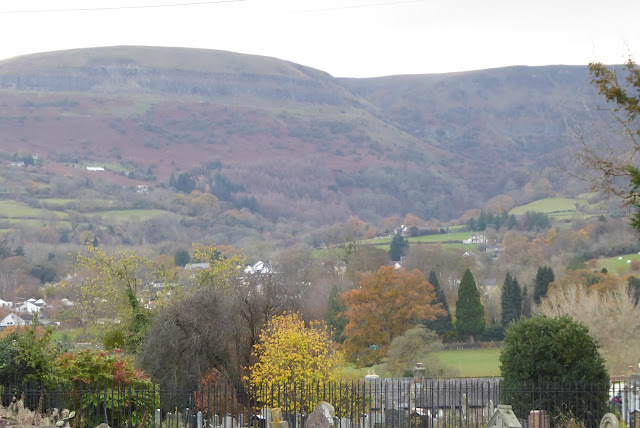 I have to say, access was a bit awkward though - we followed the wheelchair access signs, but couldn't open the white side doors into the building, and had to go around the front, where Keith walked up four stairs and I managed to get the wheelchair up them. 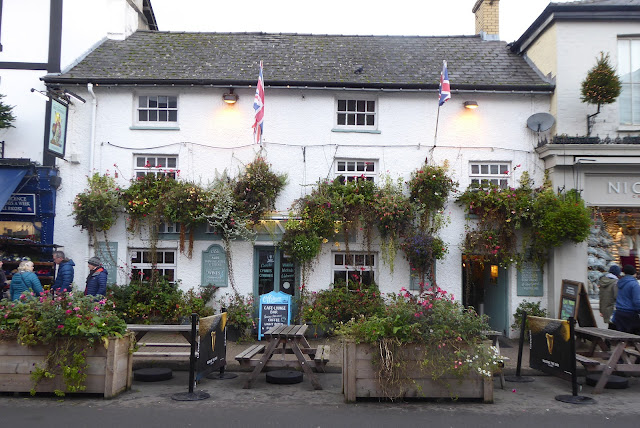 This must have looked stunning in the summer - still some colour there now, in December.  I had a quick look round the charity shop and bought a bowl for £3, then went to look for a Pie for tea in the butcher's but the small ones were £5 each and so I just bought some Russet apples.  I had hoped Keith might fancy  a pub lunch but he didn't seem the least bit interested, so I didn't pursue it.  He's not a great one for food in general, and eating out isn't high on his list of things to do. 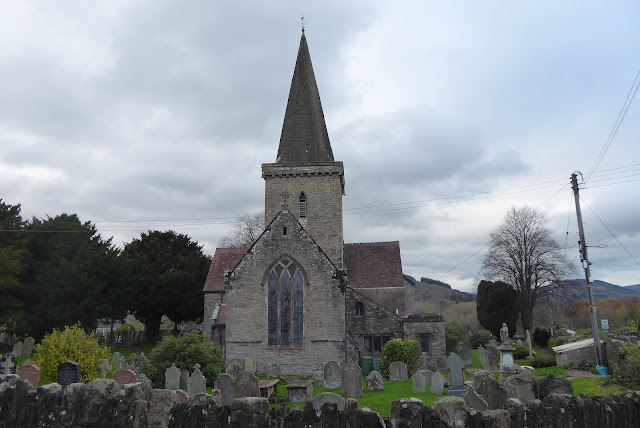 This was the church I wanted to go in - I checked my watch.  I'd left Keith in the car for more than 20 minutes and it wasn't very warm.  I will have to visit it on another day.  A shame as it has the memorial to Lady Sybil Pauncefoot, who had her hand cut off and sent it as ransom for her husband's release, after he had  been captured in the Crusades.  They lived in Crickhowell Castle. 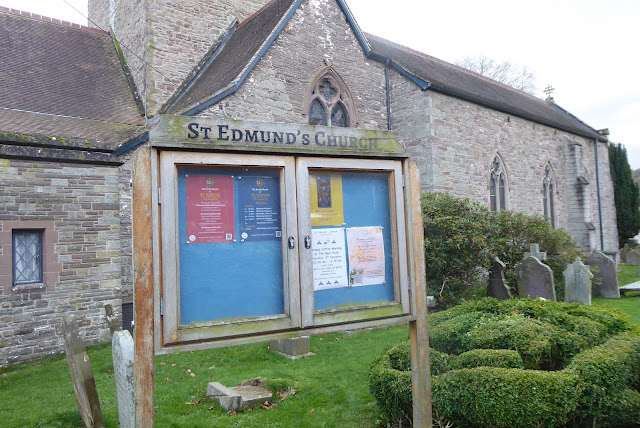 I had hoped to get us a nice lunch to take out but couldn't find anywhere that wasn't sit-down in the town (perhaps I didn't look hard enough).  I didn't have time to go into the shop which stocks good local ciders and beers either. Another time.

So, all in all, the day didn't pan out as planned.  As I am virtually as housebound as Keith now, as I don't like to leave him for long, I'm feeling a bit sorry for myself now.  Ah well, can't be helped. When the weather is better, I shall hopefully get to see a few churches again. 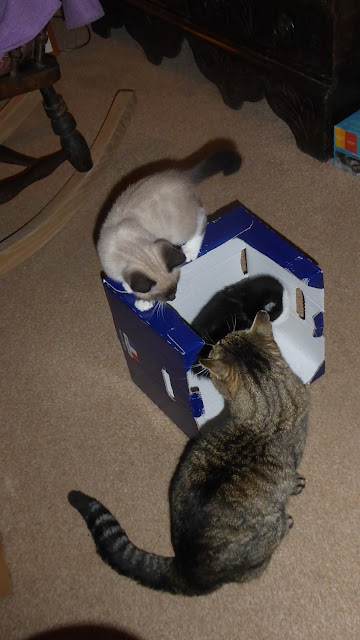