The latest addition to the family . . . 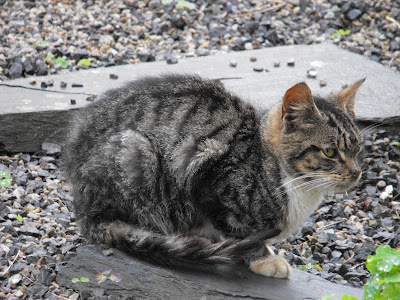 Here "he" is.  I'm pretty sure it's a he, but I could be wrong.  Anyway, at the moment we will assume it is.  He was around for breakfast yesterday, but by teatime he was missing.  Of course, I thought the worst . . . 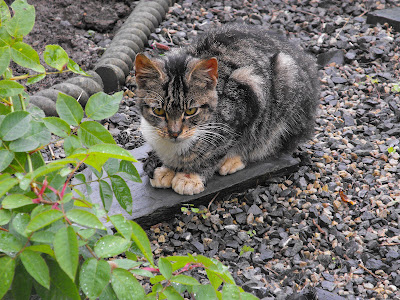 Anyway, having spent the night thinking of him dieing alone in a farm outbuilding, chased off by the nasty local tom, or fallen into the slurry lagoon (as you do, in the depths of the night), I came down this morning - and found him in the hall, demanding breakfast!

The door had been left open all day yesterday and either he has had some experience of "indoors" or he is very confident, as he must have come in.  He has been cwtched up in the Junk Room, where there is plenty of cover.  He has been called Theo (as in Theodore Roosevelt) but may end up as "Teddy".  If he's a she, we will have a rethink . . . 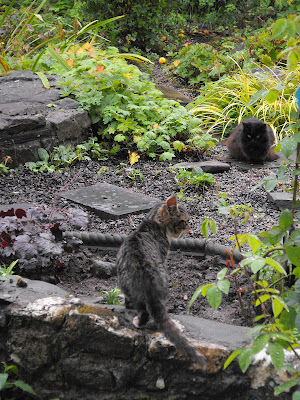 Here he is on the wall - I was trying to show how thin he was, but you'll have to take my word.  That's Fluff in the background, looking daggers at him.
Posted by Bovey Belle at 01:08