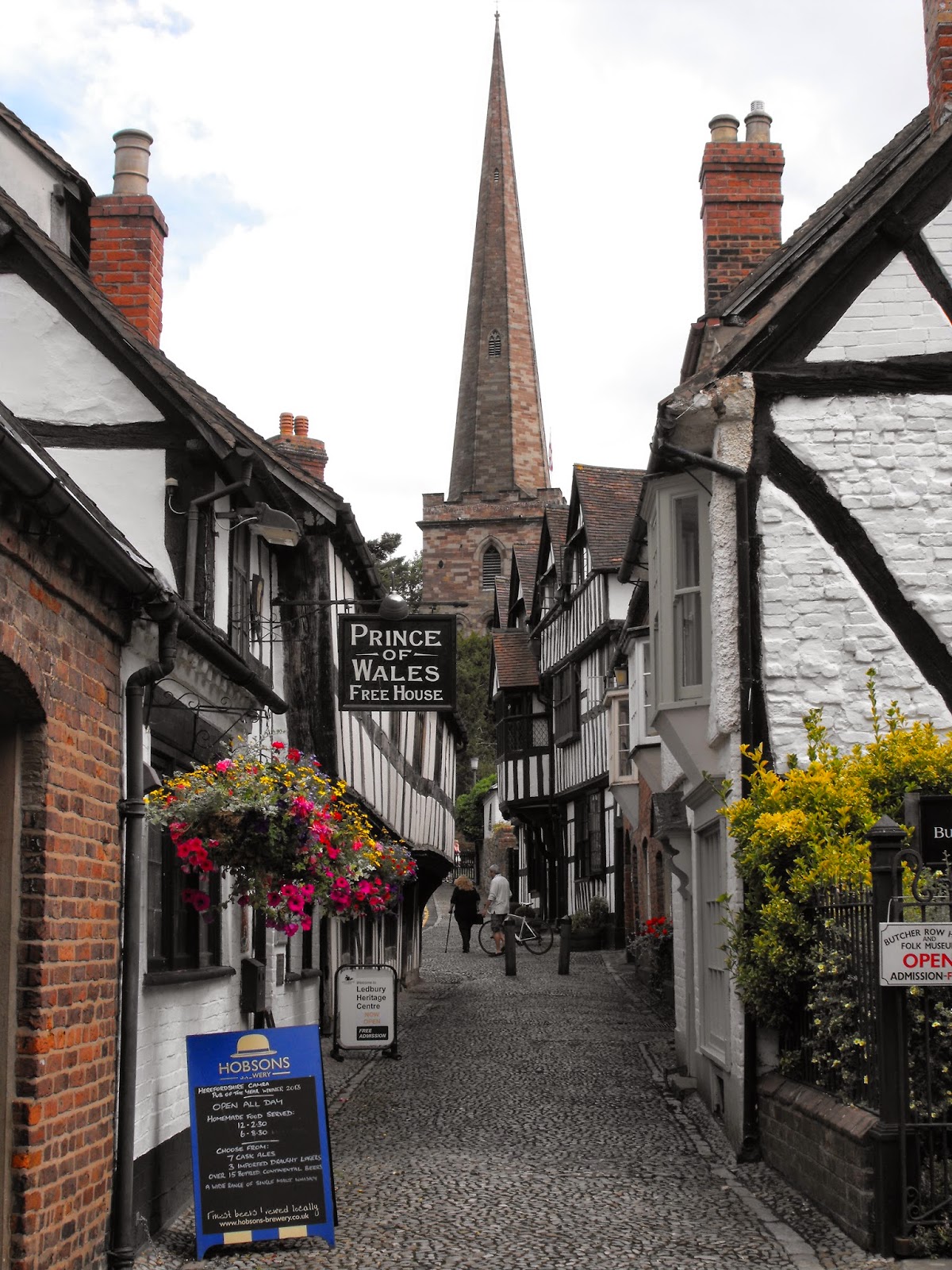 Ledbury is a lovely little town, full of "Magpie"half-timbered houses.  This is Church Street and the Church is St Michael and All Angels.  In the 8th C, the Bishop of Hereford deemed it necessary to send some of his clergy to establish a church on the site of a pagan shrine and by the 11th century there was a large and important Minster church on this site, which was rebuilt in the 12th C and altered down the centuries. 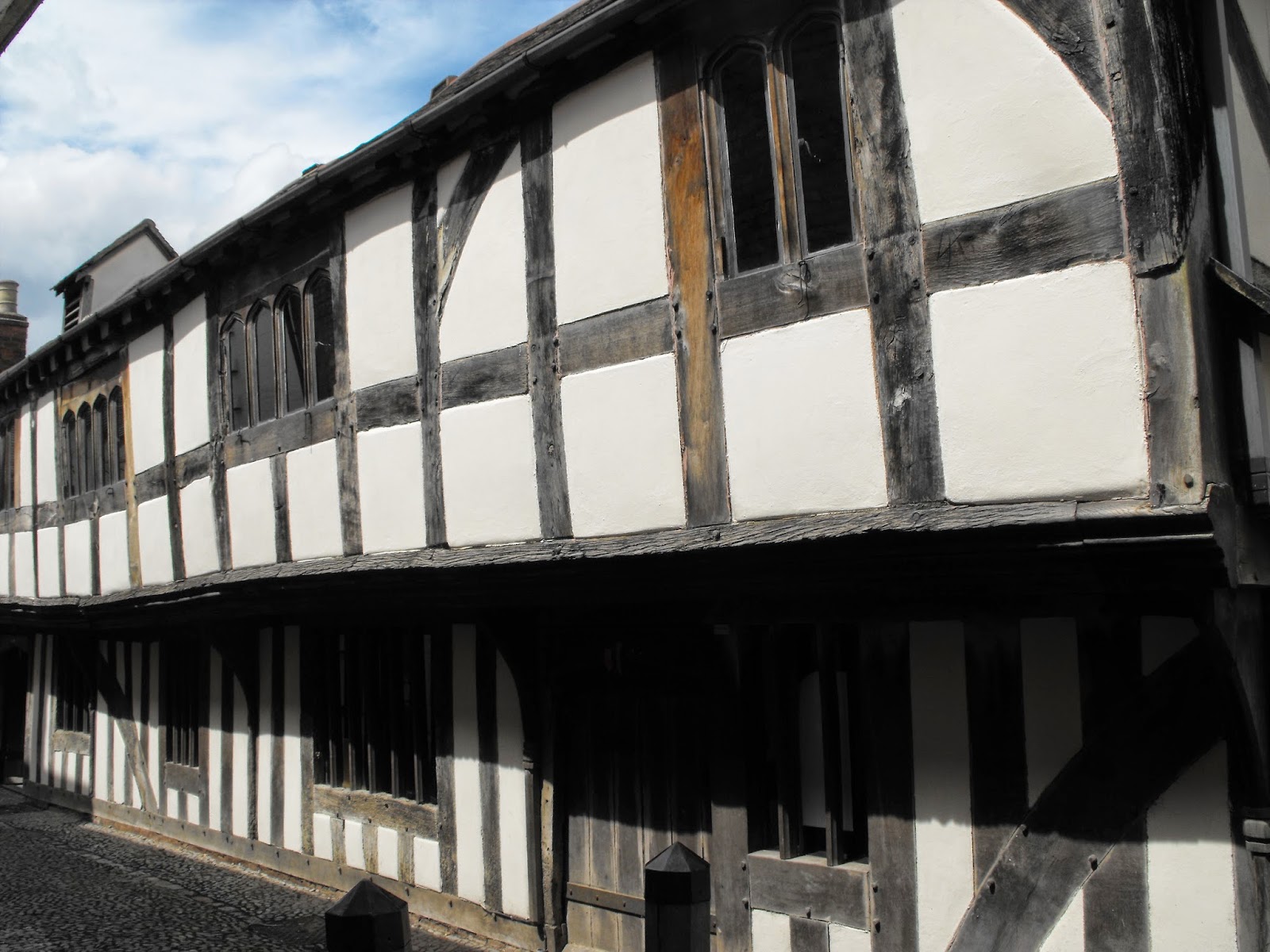 On the right is the old Grammar School (now a local history museum).  It has the most enormous inglenook fireplace I have ever seen.  Imagine the last few feet of a room, spanned by a beam and then open to the roof behind it, literally from floor to chimney, the width of the house.  It dates from around 1480.  Inside is a good guide to Ledbury's interesting history and famous people, who include Poet Laureate John Masefield, who was born here, and Elizabeth Barrett-Browning, who lived with her family at the curiously-designed (by her father I believe) Hope End.  It had turrets all around it at intervals, extending above the roof of the house, and looking for all the world like Smartie tubes . . .  The Barrett fortunes were tied up in Sugar Plantations in the West Indies, and income declined (around the time of the death of Elizabeth;'s mother in 1828).  By 1832 the house and 500 acre estate had been sold, much to Elizabeth's distress, and the family relocated to Sidmouth in Devon.

Illustration from a book, copied from an internet link, originally on a blog called Tinsmith's Cuttings. Weird Weird house!  Had it been still standing, they would have used it in the Harry Potter films I'm sure! 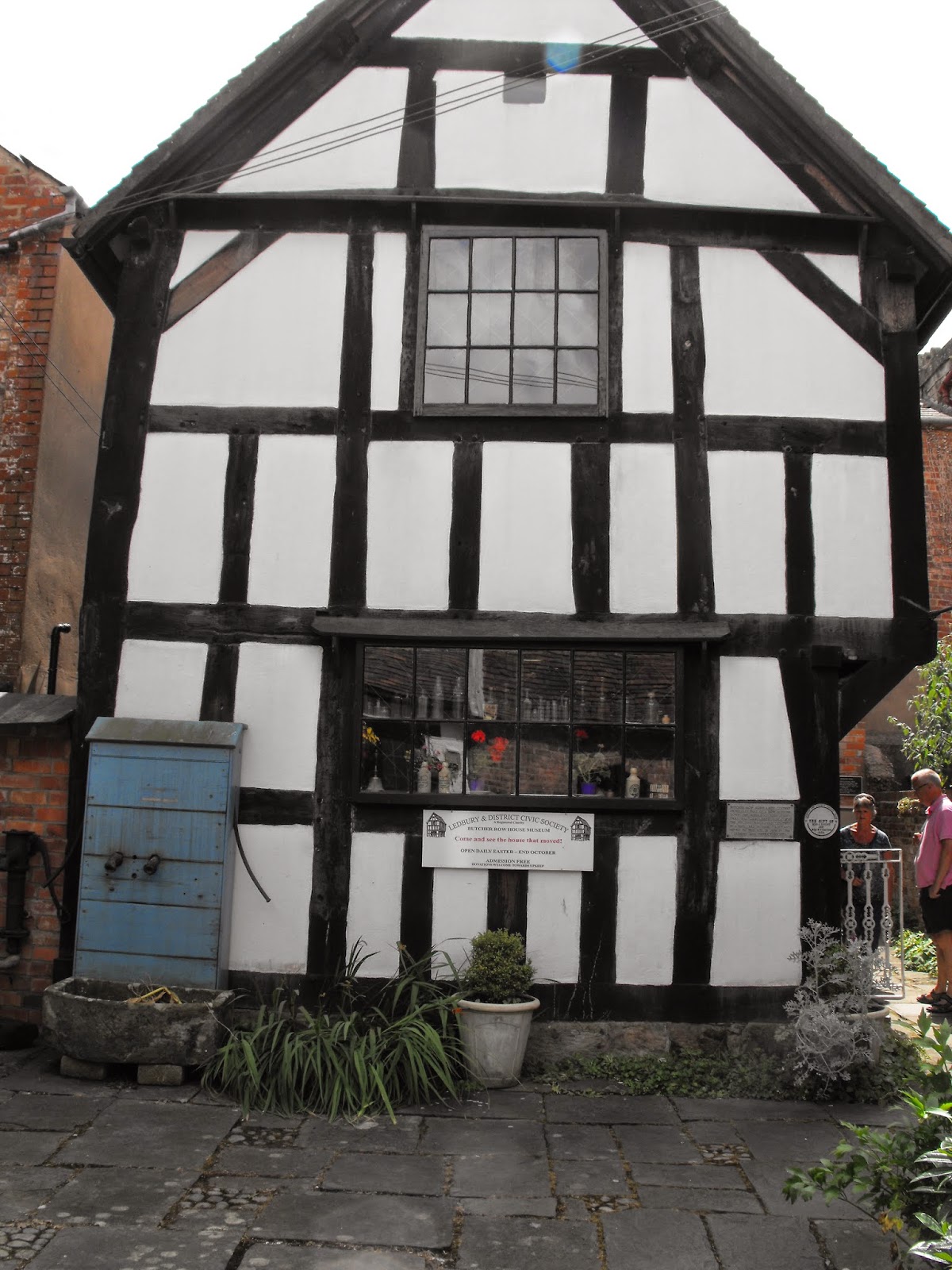 This lovely building, Butcher Row House, is now a Folk Museum (and free entry too).  Apparently it was removed from the High street, where it originally stood, and rebuilt here, many years ago now.

Next month when we are there again, we will look around it.  My husband thought I was just taking a couple of quick photos, so I couldn't linger too long. 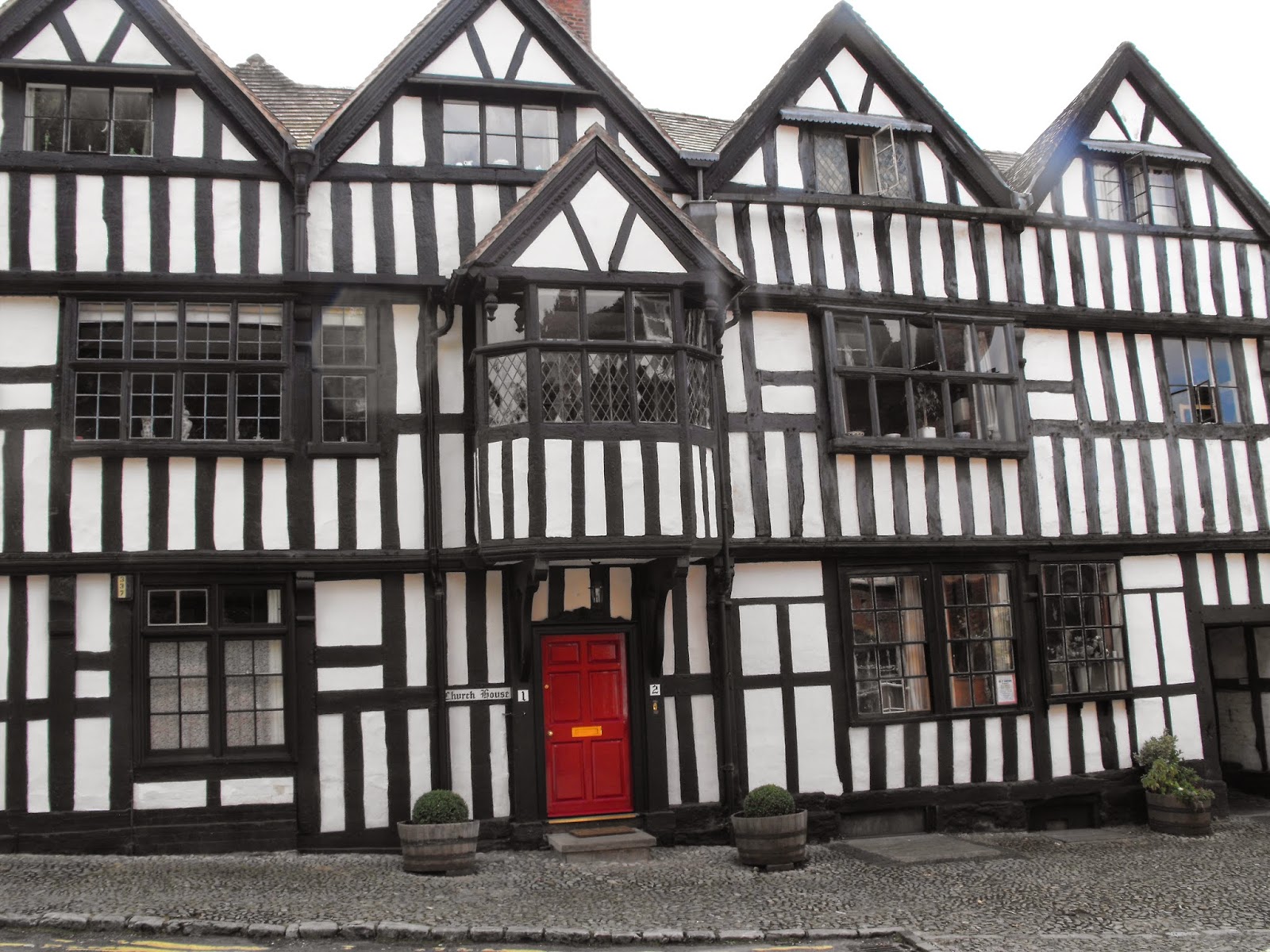 Another lovely building close to the Church. 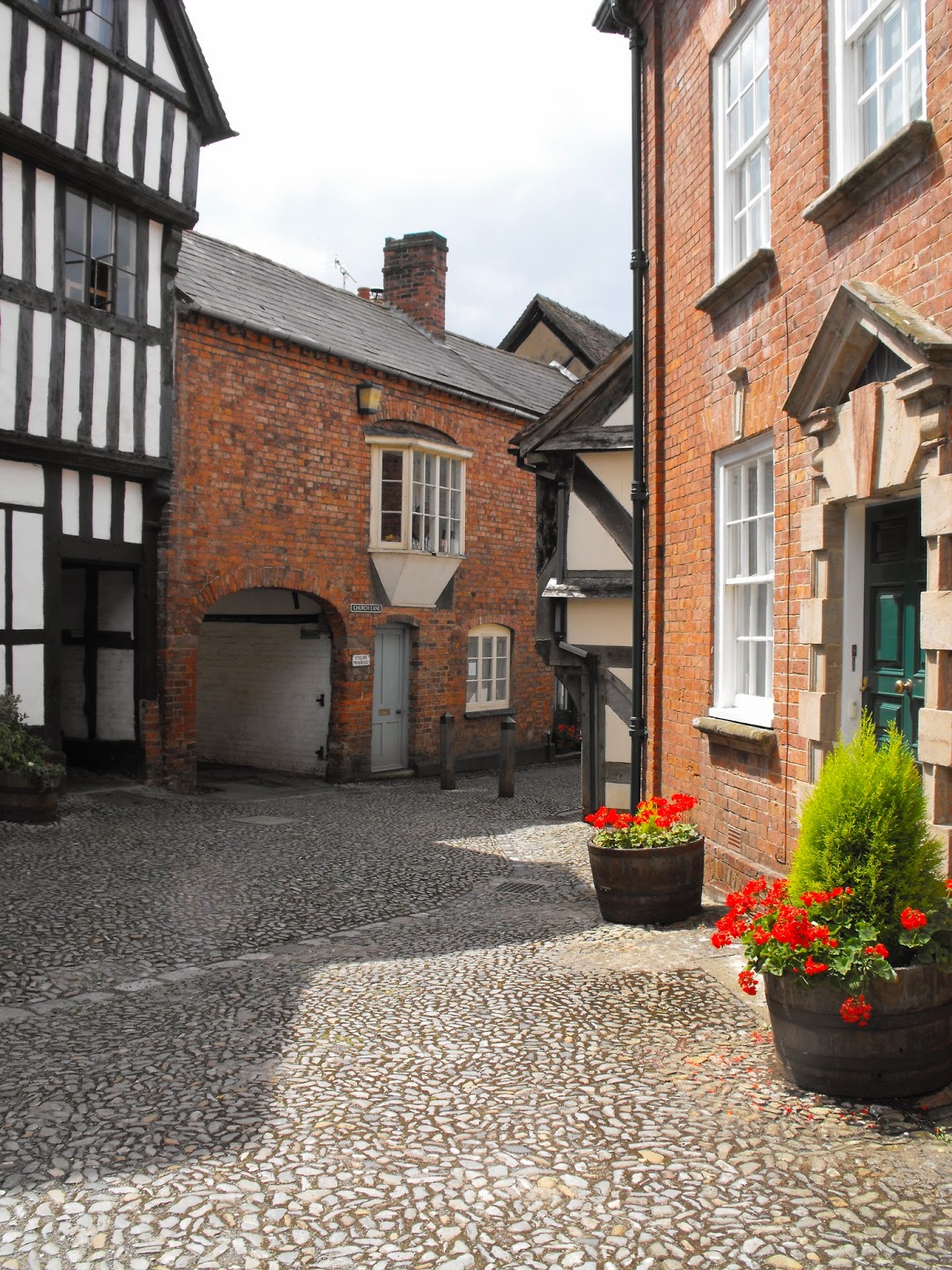 At the top of Church Street. 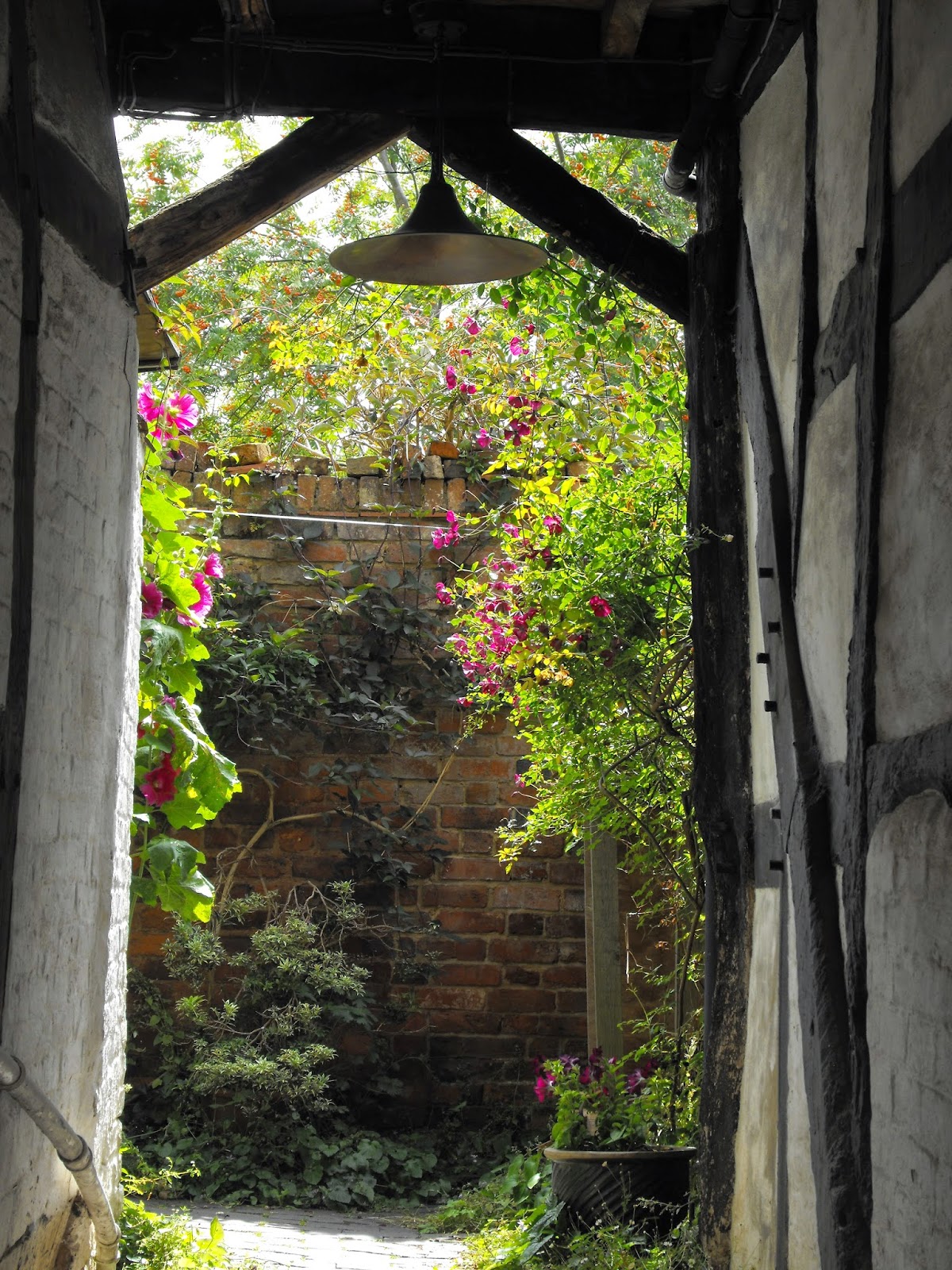 I can never resist peeks along alleyways and into back yards . . . 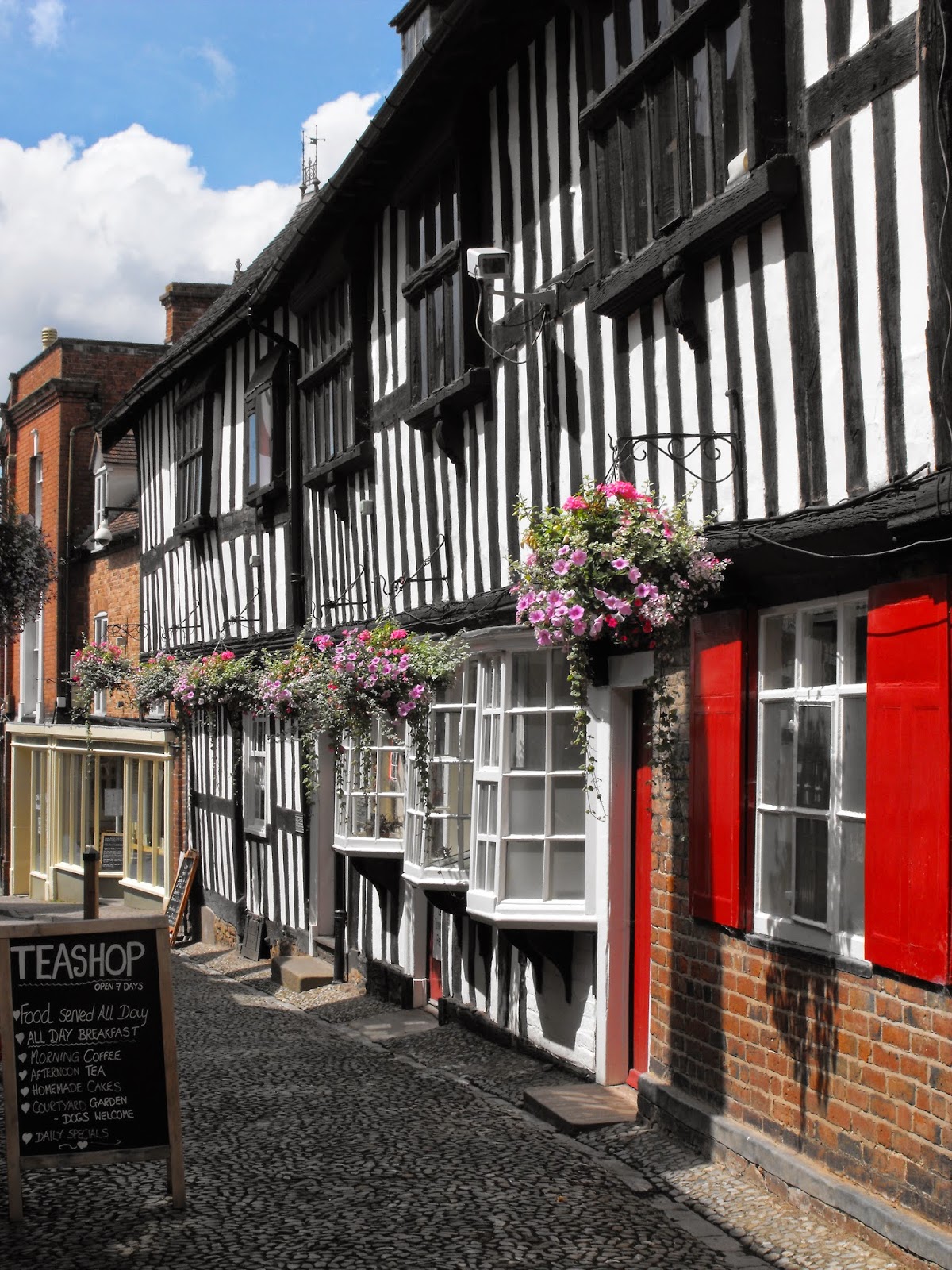 No time for tea and cake today, but what a lovely spot for it.
Posted by Bovey Belle at 23:55