The ponies of Hay Bluff 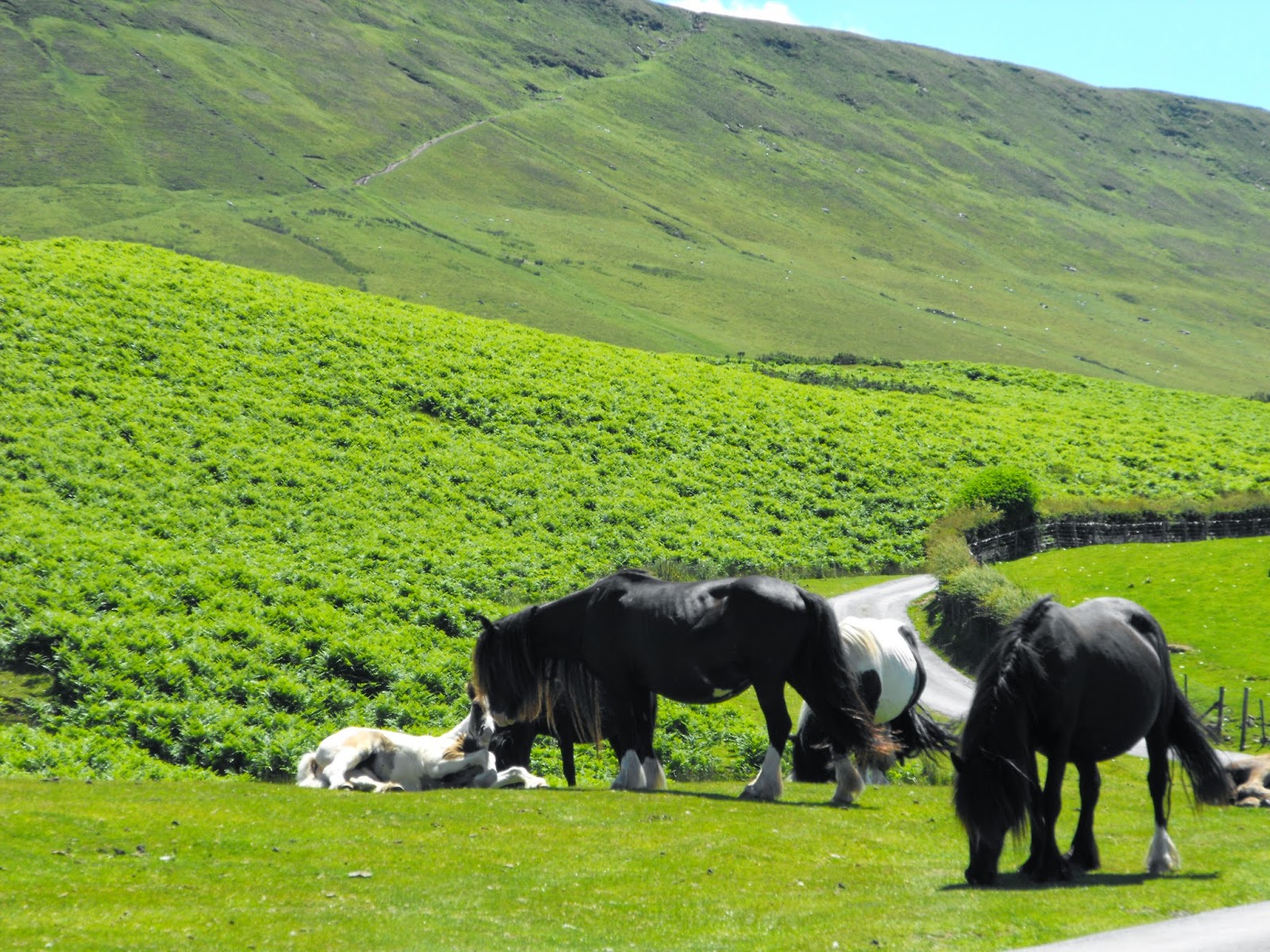 Once upon a time, there were indiginous kosher Welsh Mountain ponies grazing the Welsh mountains.  Not any more.  I think there was a spell when everything looked half-Shetland.  Now, looking at these mares, I can see very scaled-down shires in their ancestry.  Some Welsh blood too, but they are raw boned, with upright shoulders and LOTS of feather and the mare at the back has Blagdon markings, which say heavy horse ancestry.  No pretty heads with pint-pot muzzles either . . . 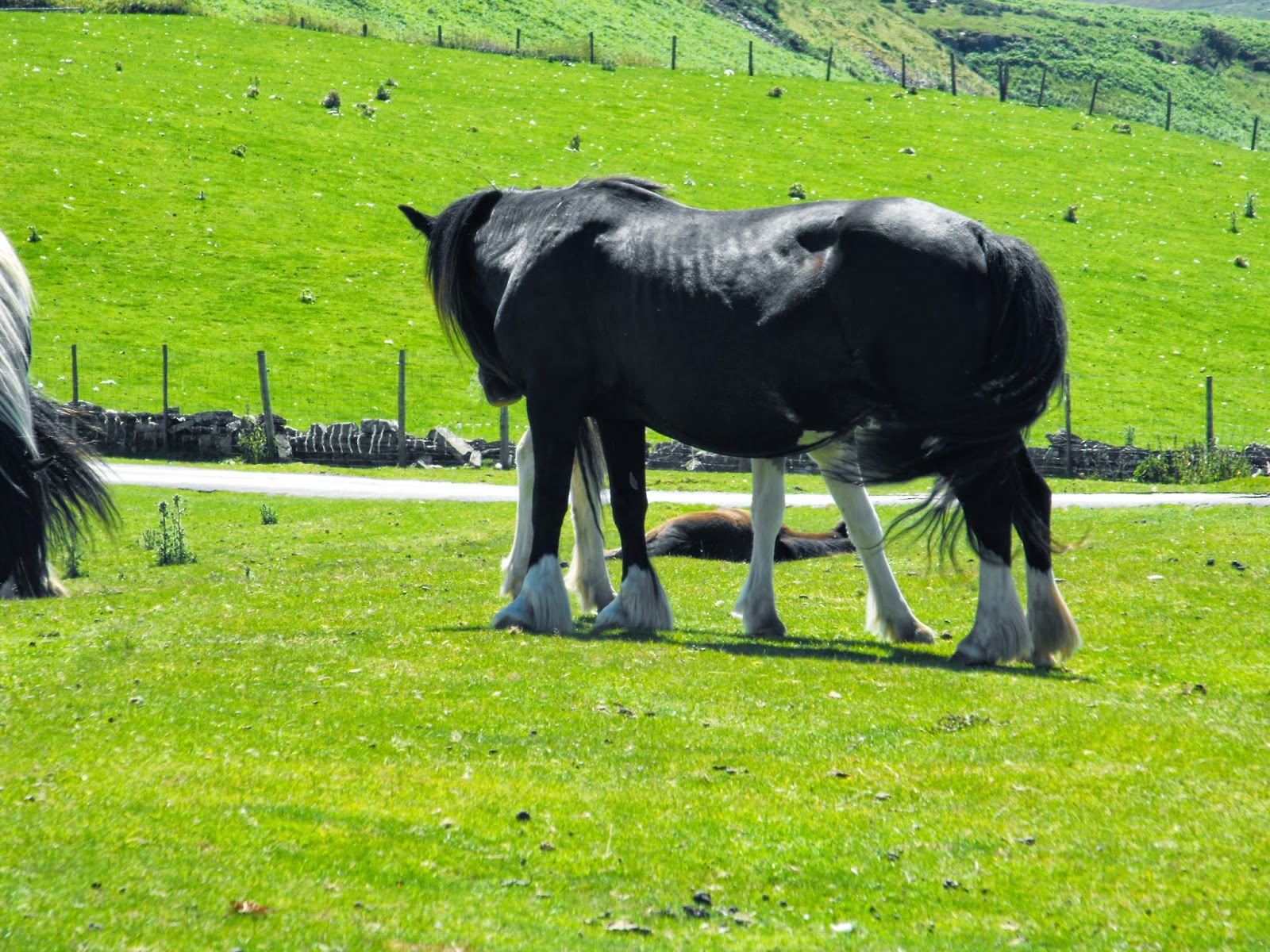 A close-up of the mini-Shire. 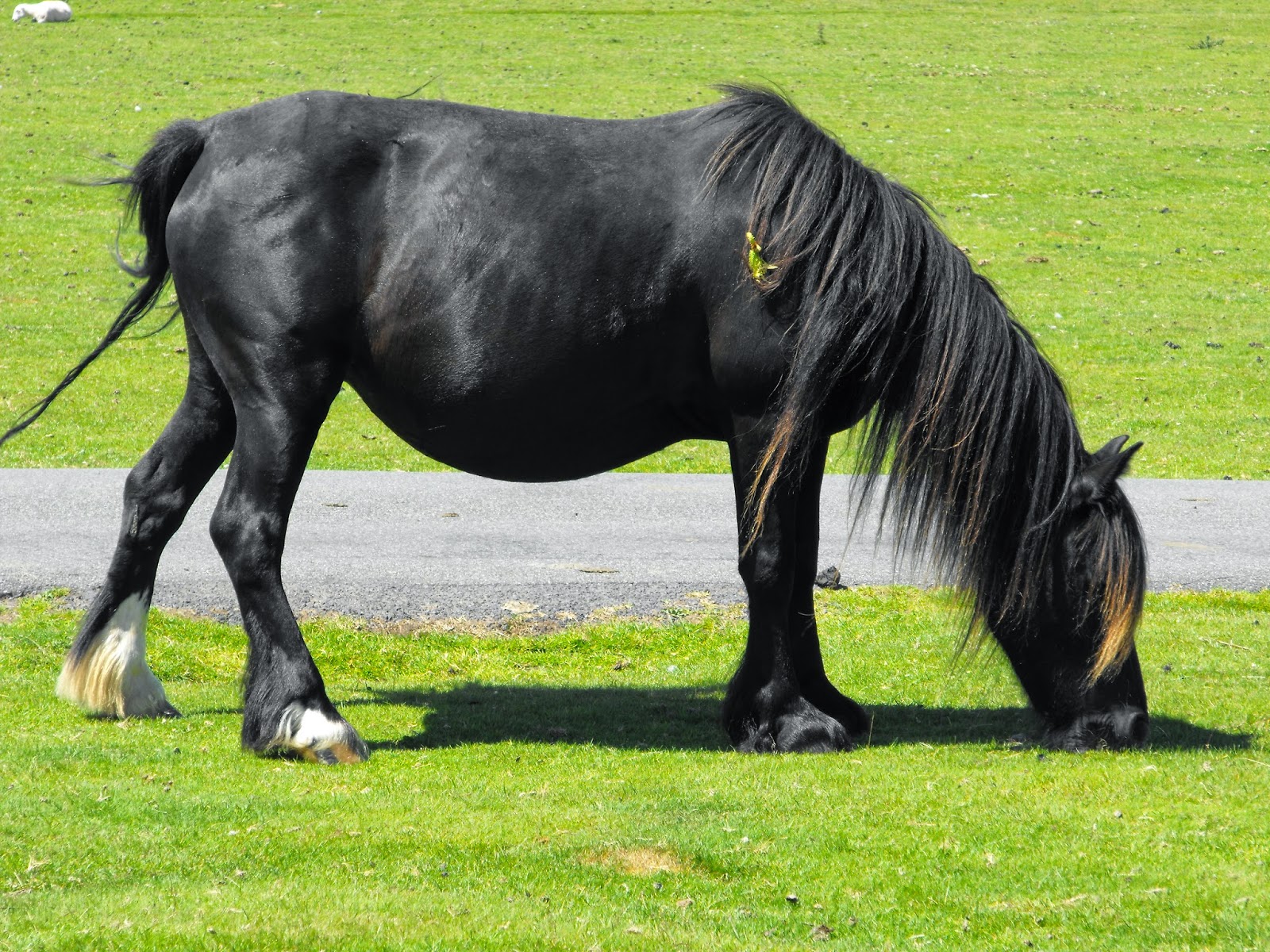 Another mare of the same sort, perhaps related. 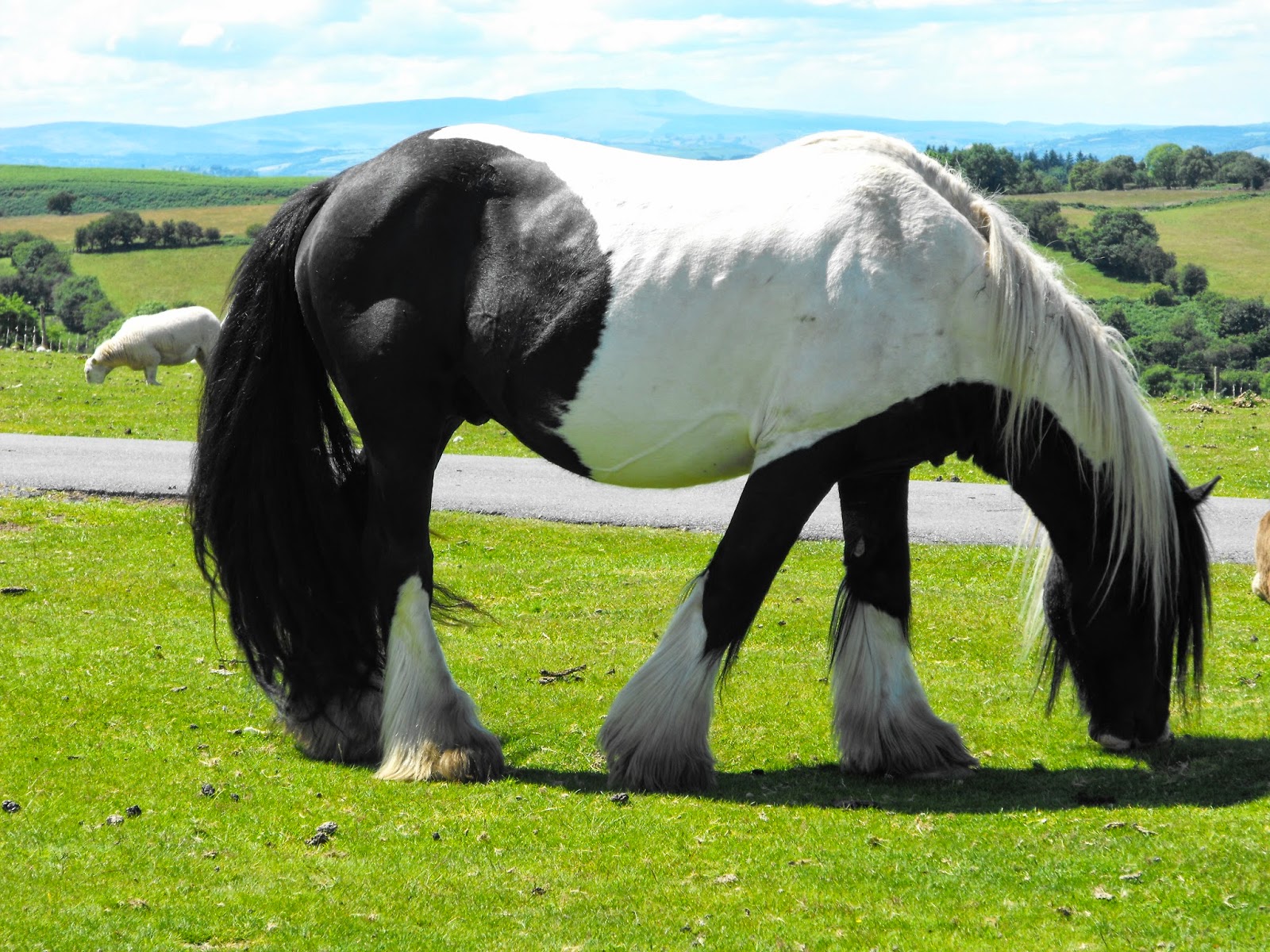 One of two gypsy cob stallions running with these mares.  Lots of feather and cart ancestry there. 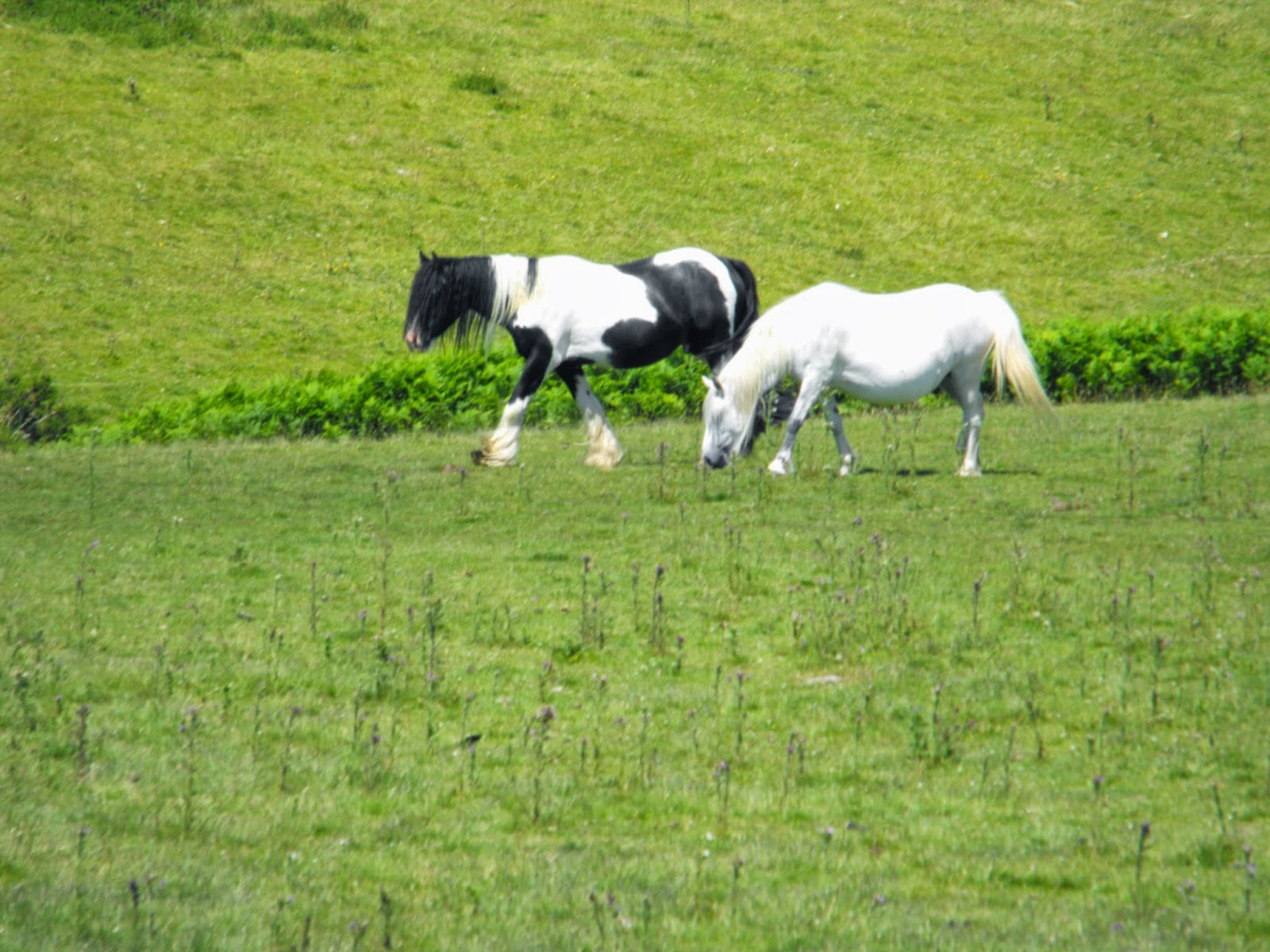 Here's the other stallion, with a better sort of proper Section A mare, heavily in foal. 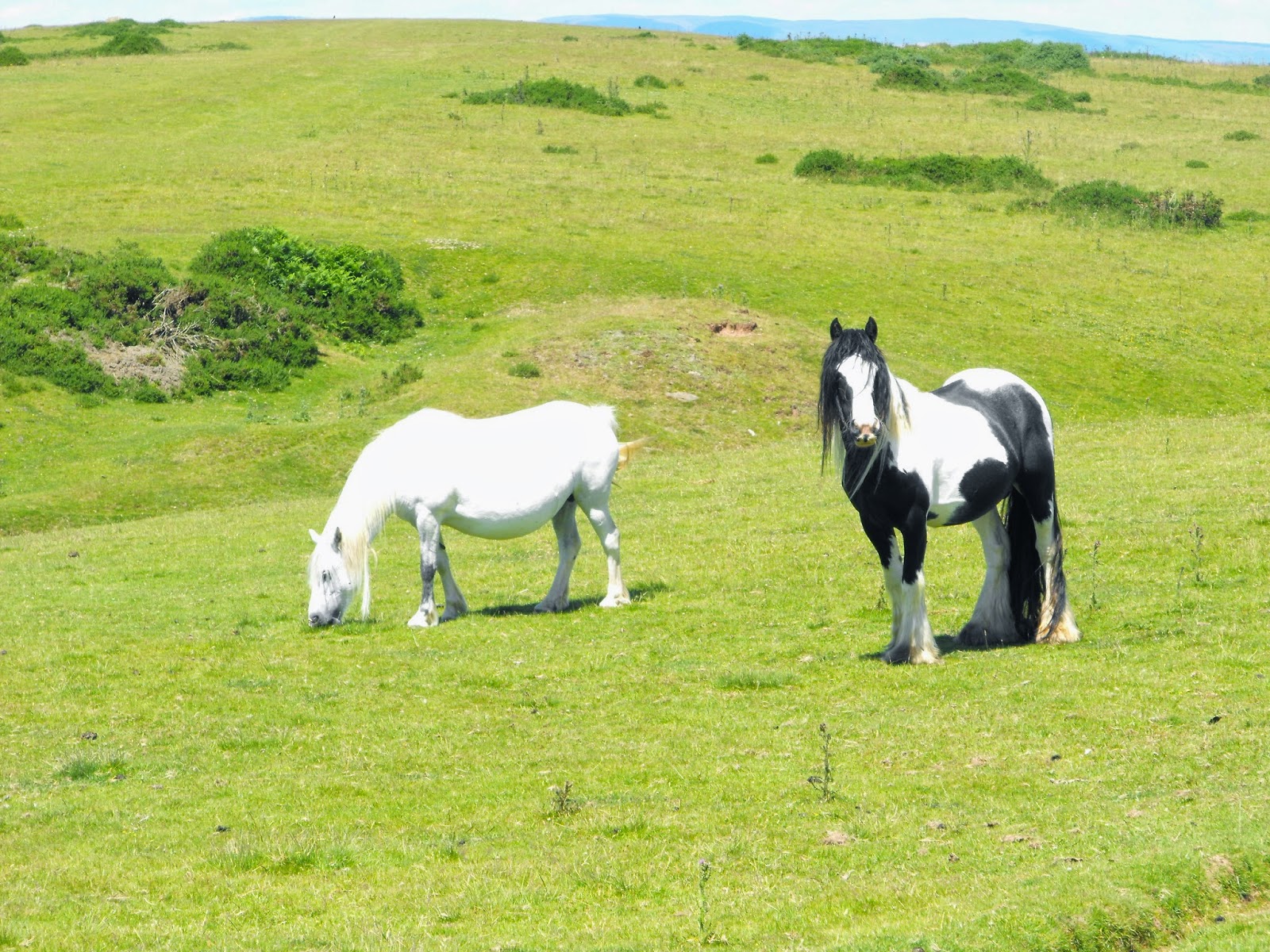 He was quite a nice chap really, seemed quite friendly, and better-made than the other piebald stallion. He was a bit over-protective of his mare though, and drove her away from the other little herd, not giving her any peace, poor lass. 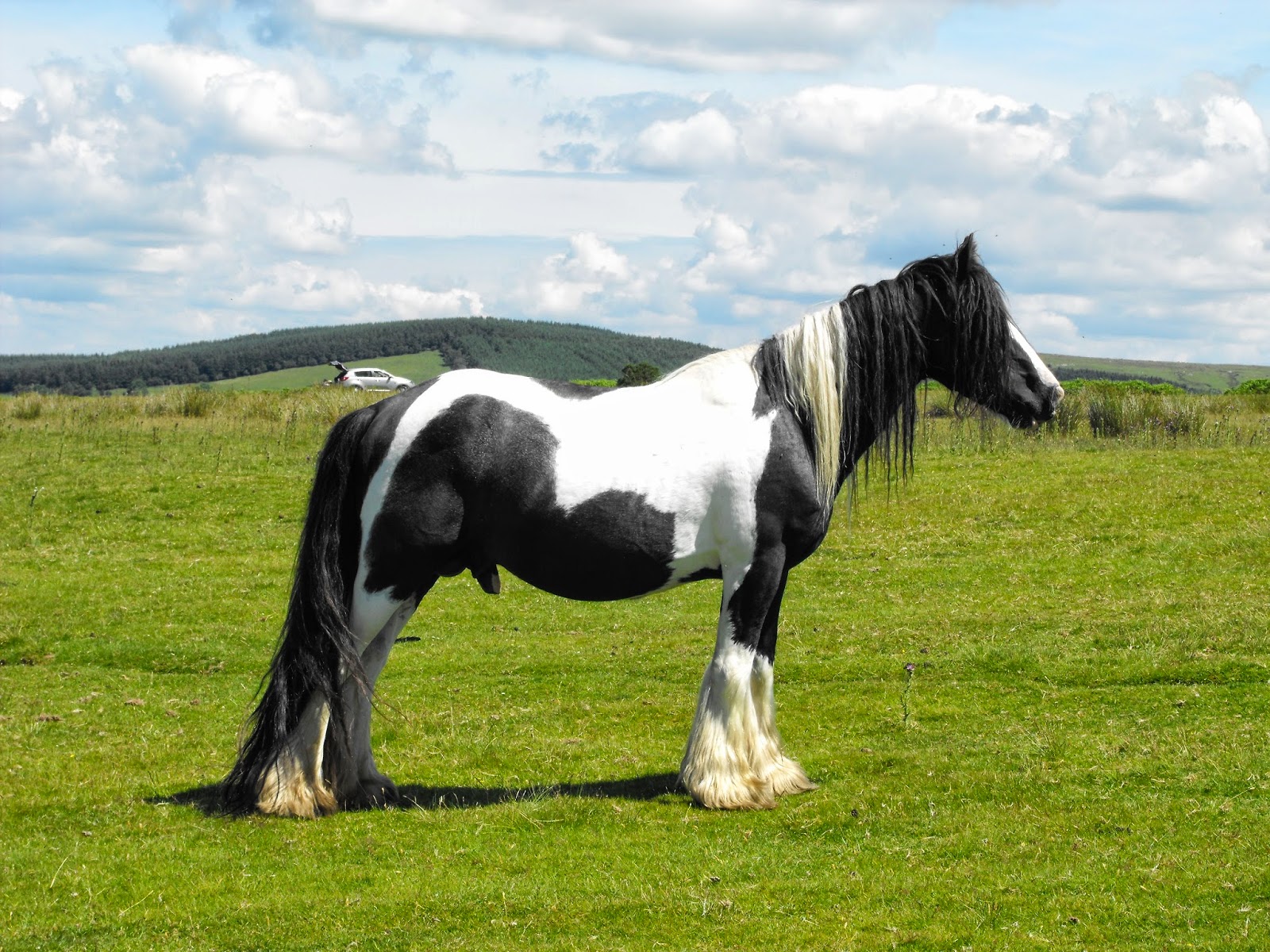 He even posed for me, standing in true show-ring stance, to show me what a lovely boy he was!  So many of these sorts are roach-backed with weak hindquarters, so he was an improvement on most.  He was a goodish example of a gypsy cob to my mind, but for driving rather than riding with that upright shoulder. 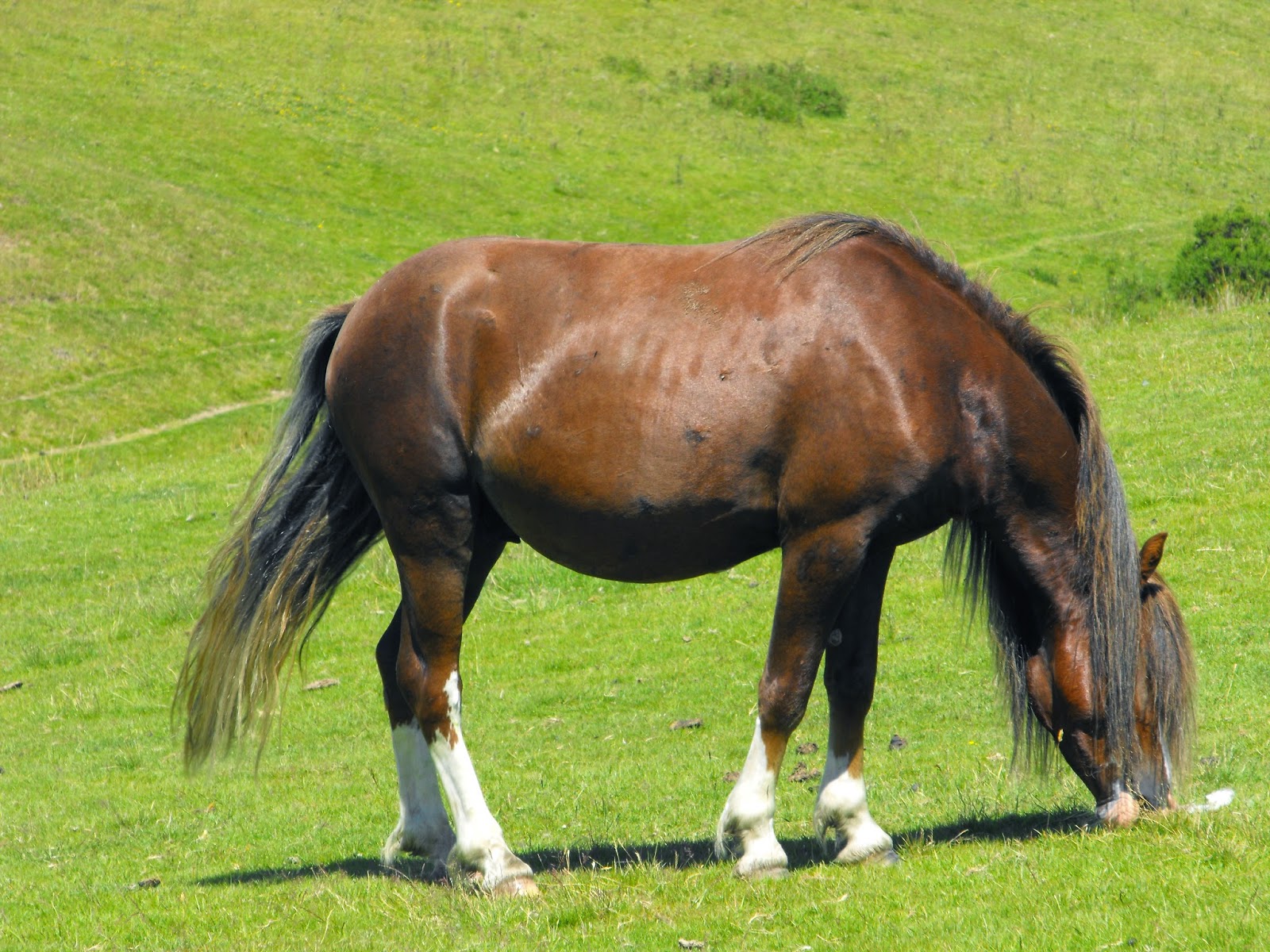 A Welsh Mountain colt here, 2 year old I think, with a belly full of worms and no back end. 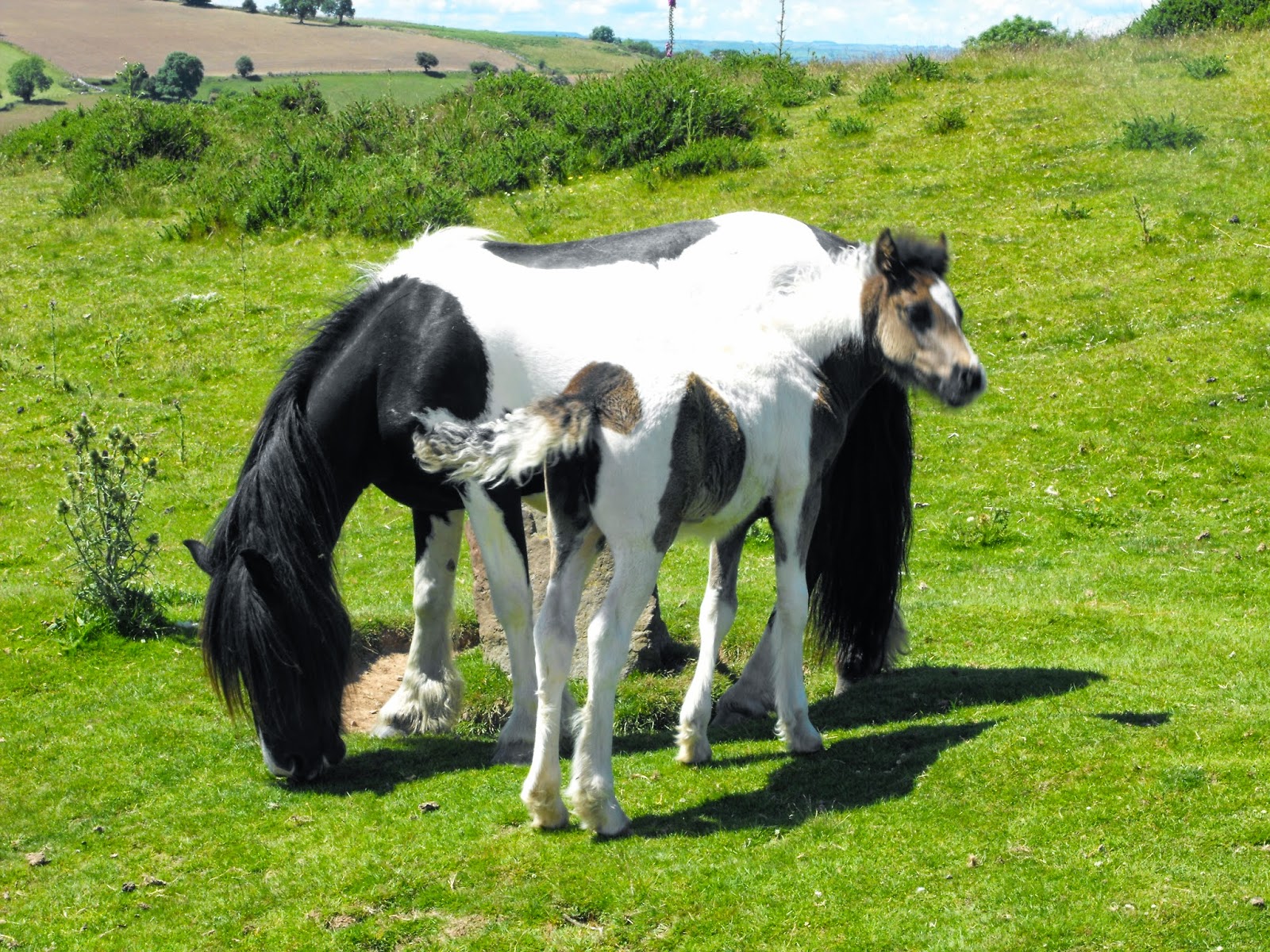 Another piebald mare and her colt-foal. 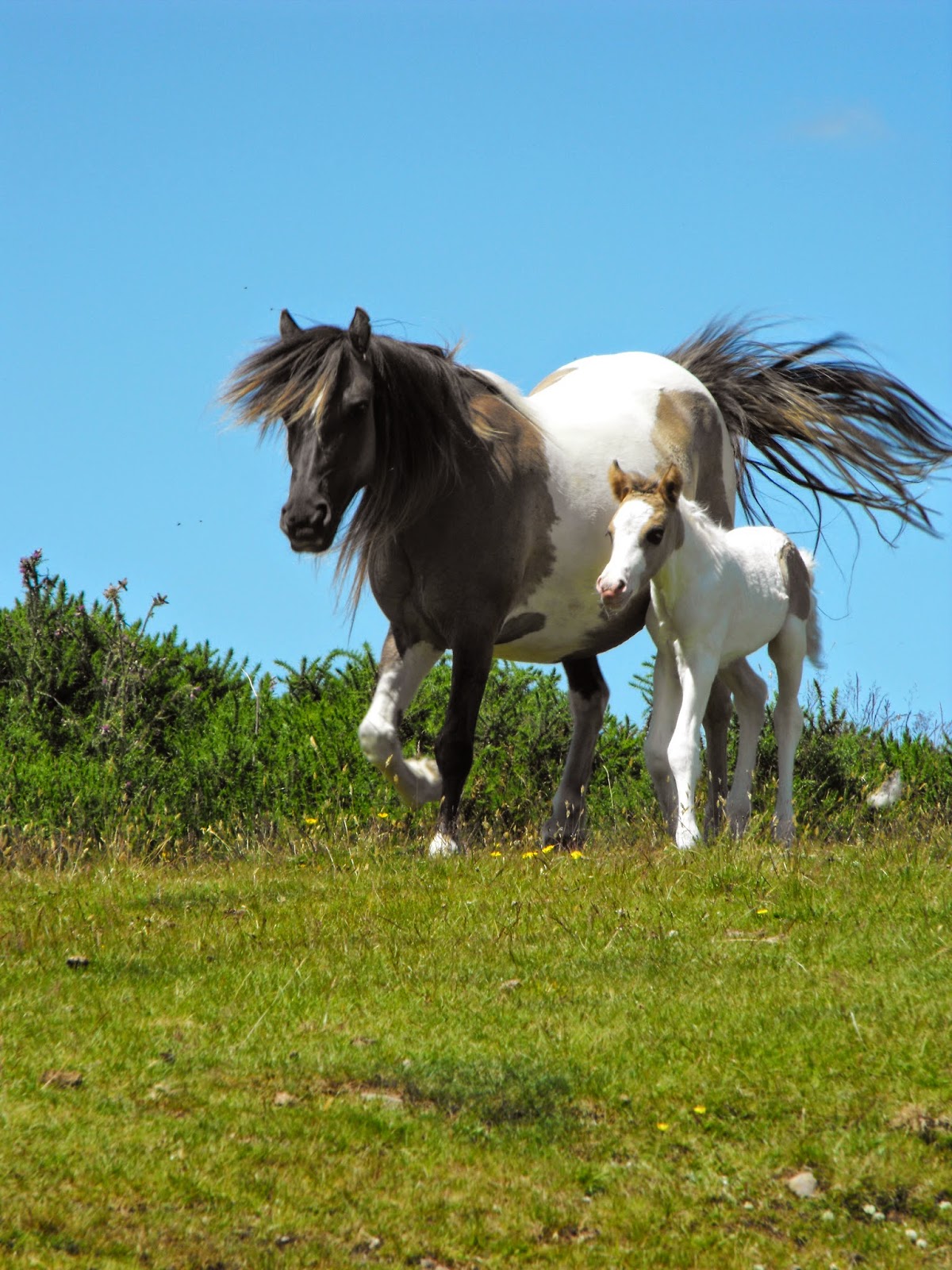 Another coloured mare who was part of this same herd.  She was a sweetie - a sort of blue-dun skewbald - and her new-born colt-foal looked like it had "Irish eyes" - put in with smutty fingers! 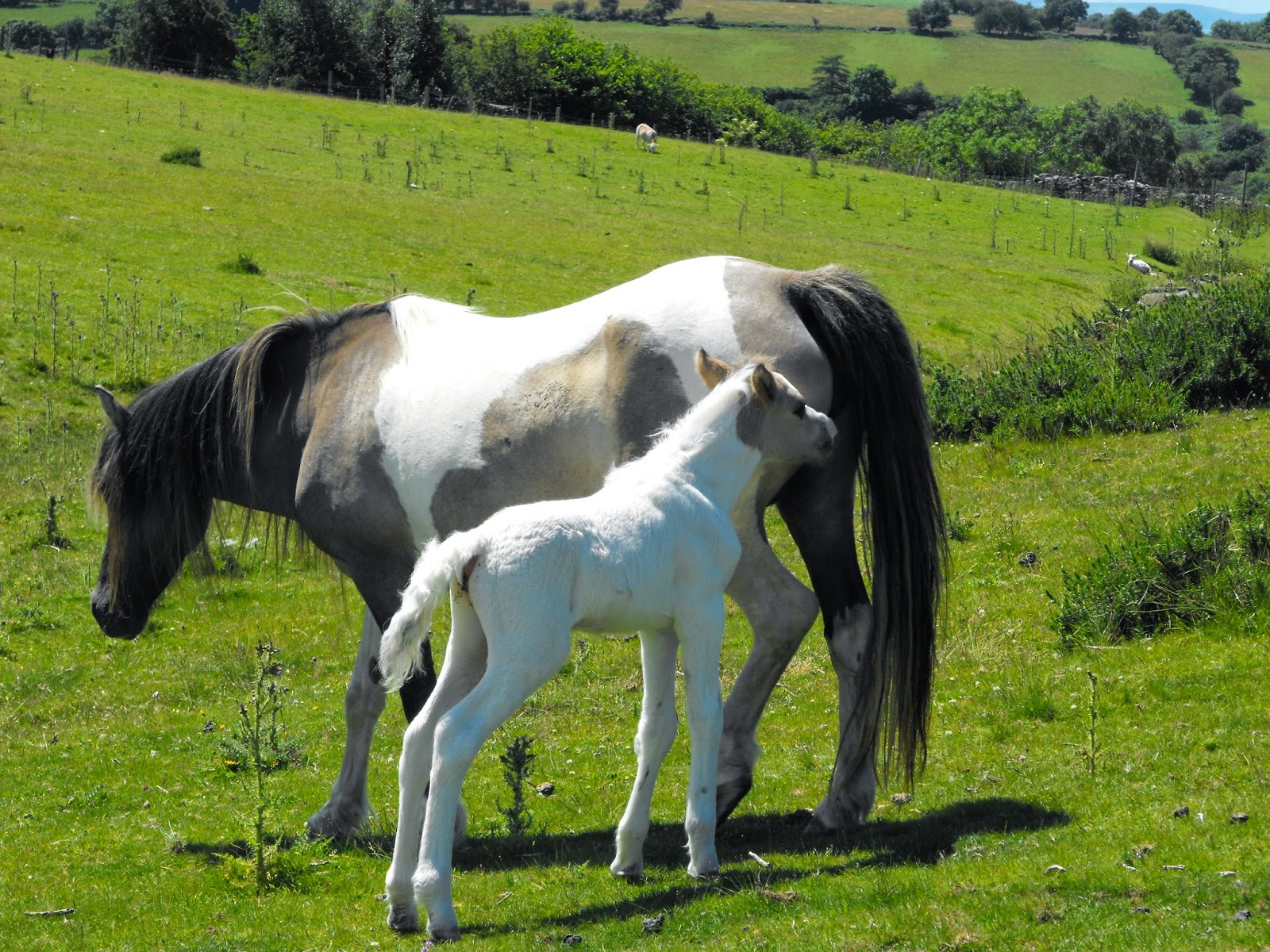 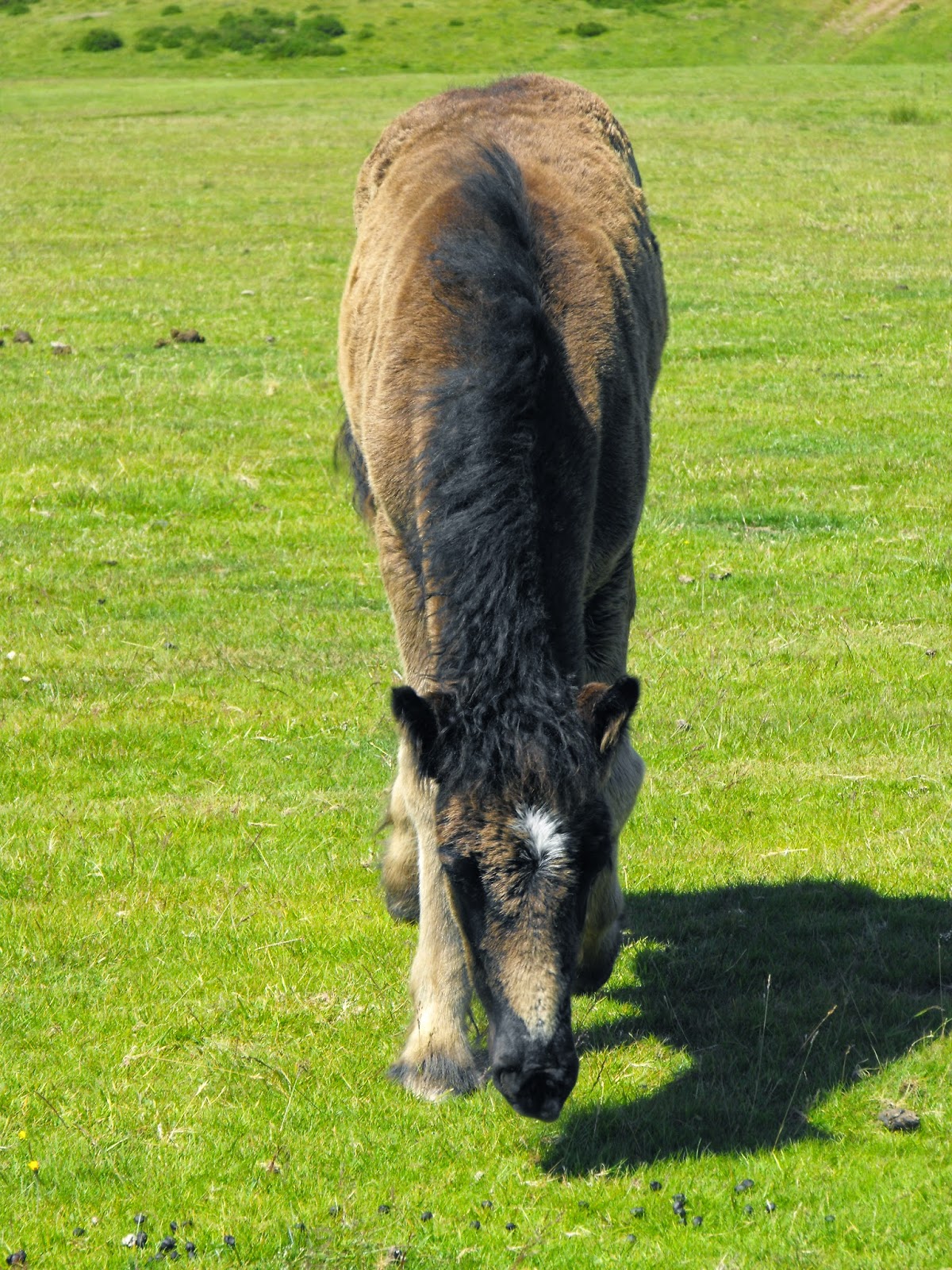 This foal, also a colt, but a bit older than the others, had obviously met people before, and was very friendly, but also very nippy and nipped my thigh at one point.  I began to walk back to our car (where he had already been for a recce, putting his head right inside through the open door to see if any grub was on offer!) 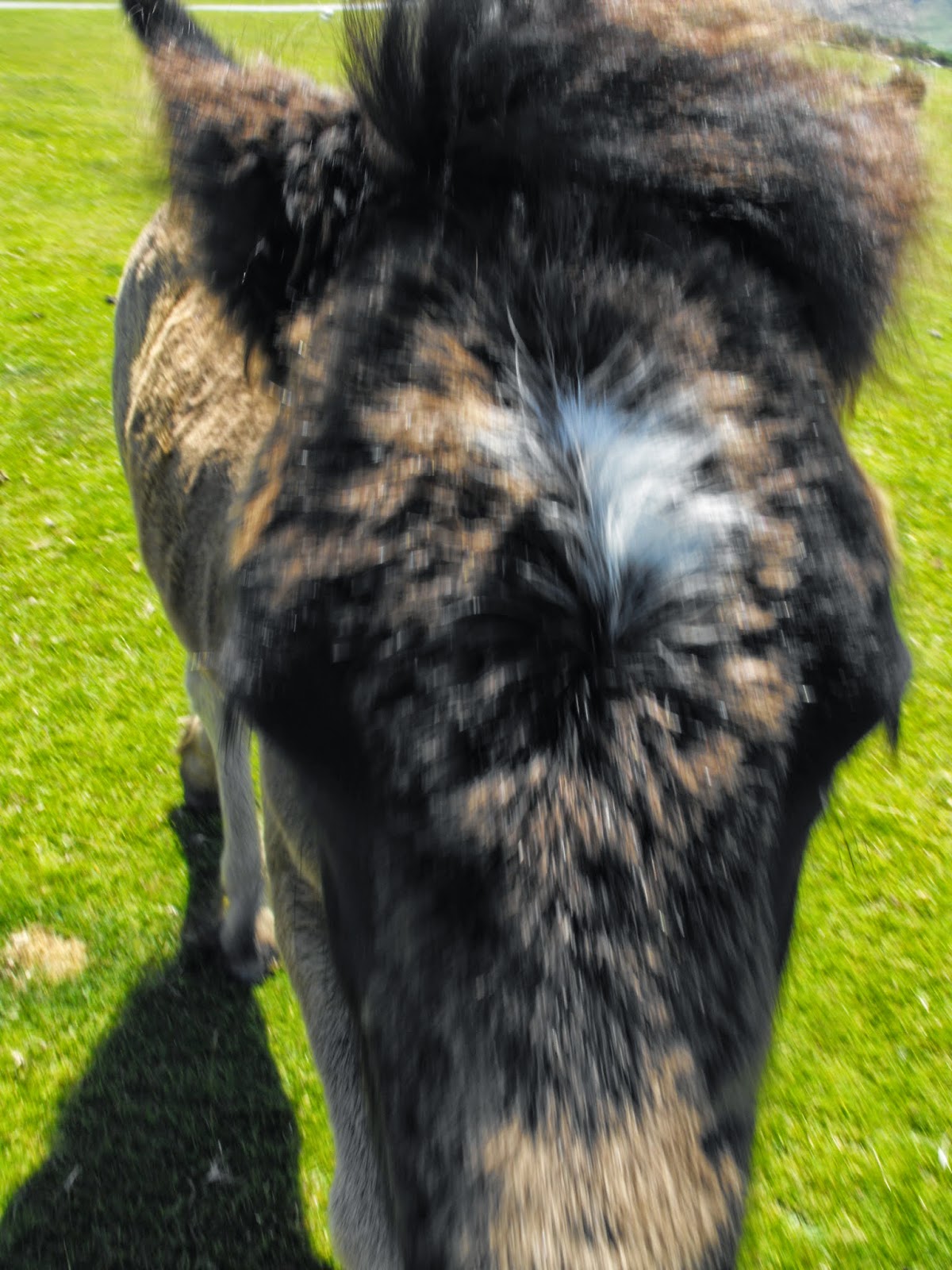 He really liked people and wouldn't back off! 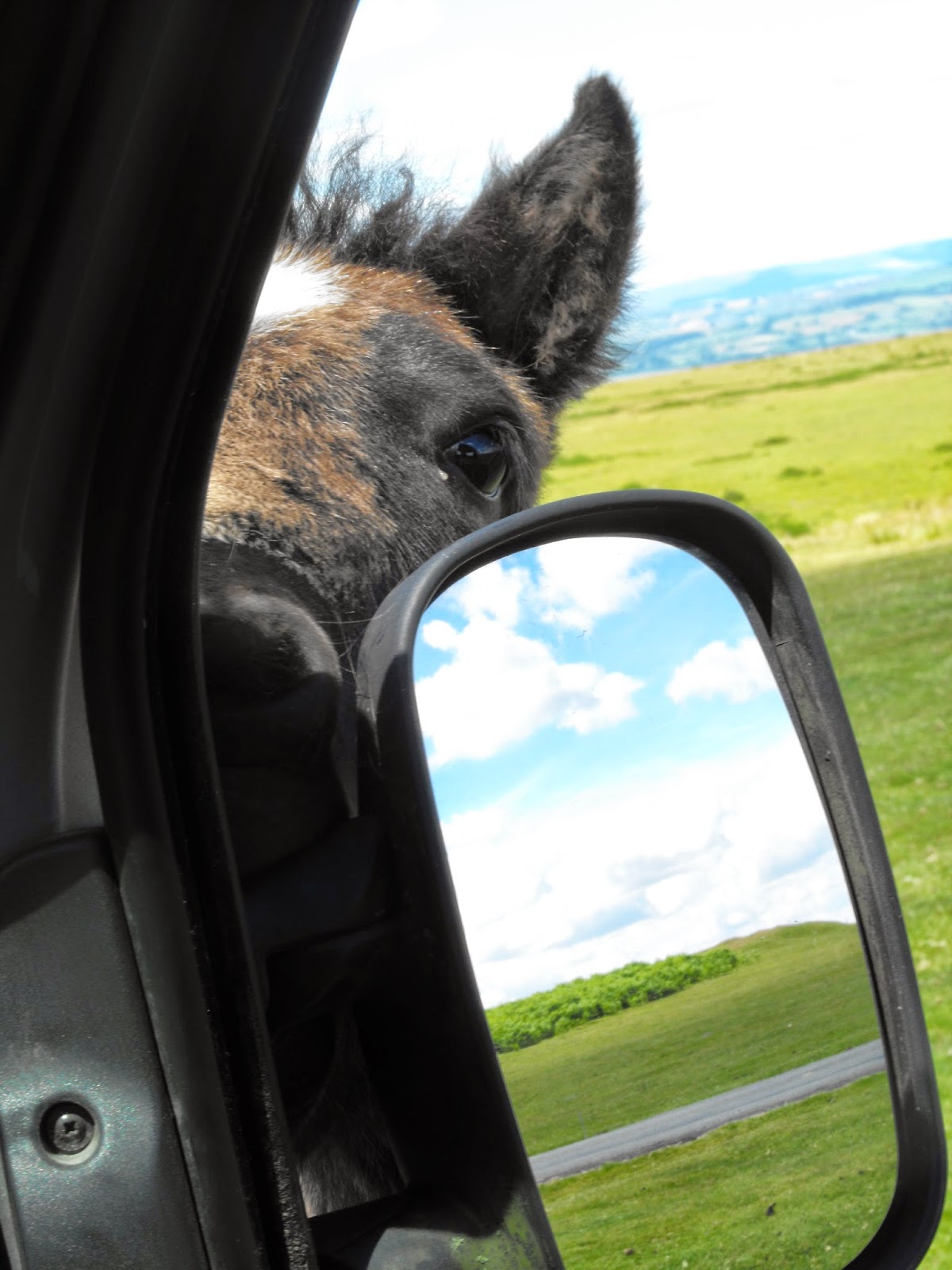 When I got back in the car, he began to chomp the mirror attachment! 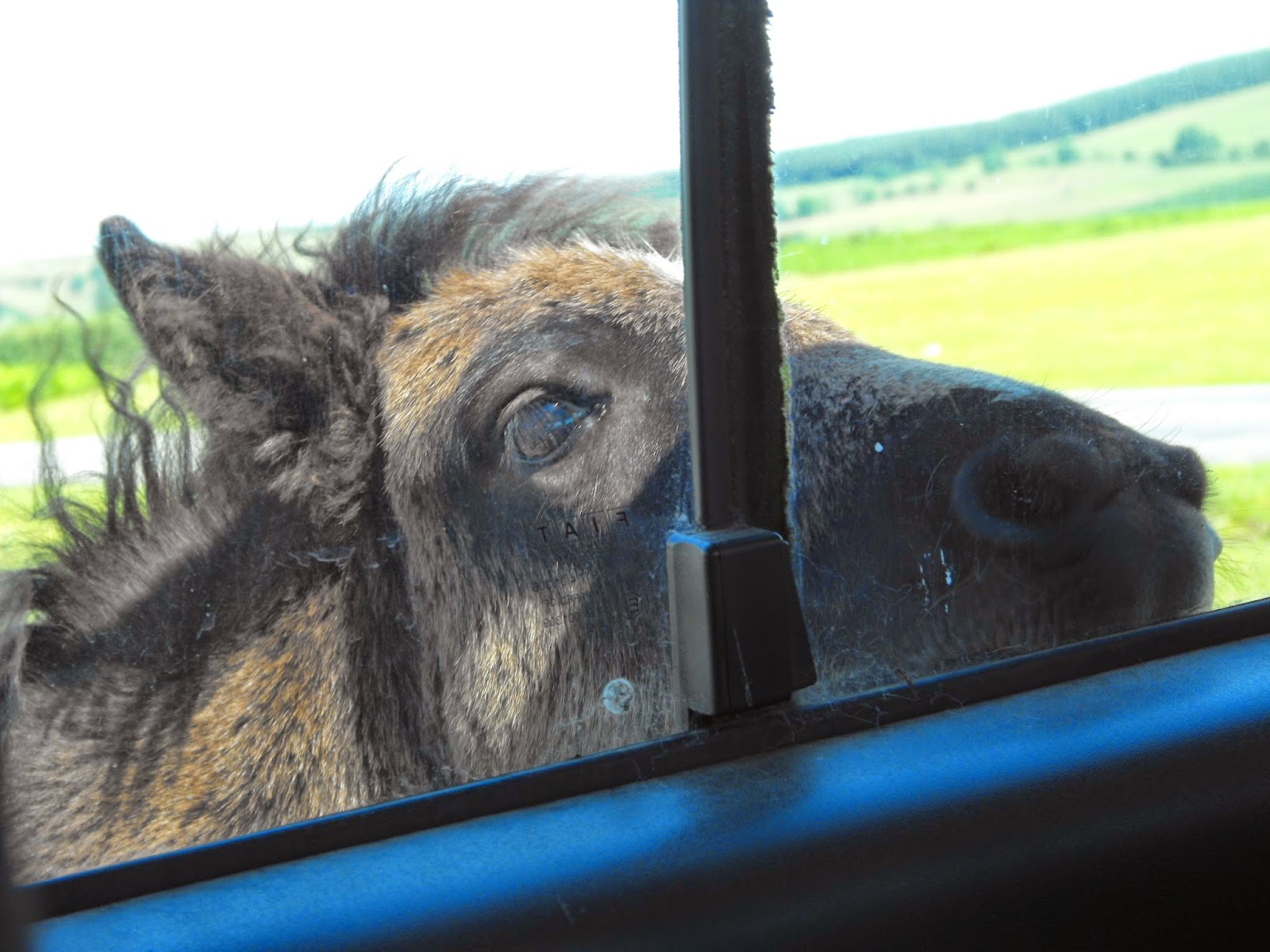 Then he tried the rubber round the back window, and it reminded me of a Safari park, when the monkeys come along and climb all over the car, ripping bits off!  Well, this one was a little monkey alright, and we drove away whilst we still had our car intact!

It was lovely to be around ponies again though - I could just hear my dad's voice, saying I was off pony-chasing again . . . 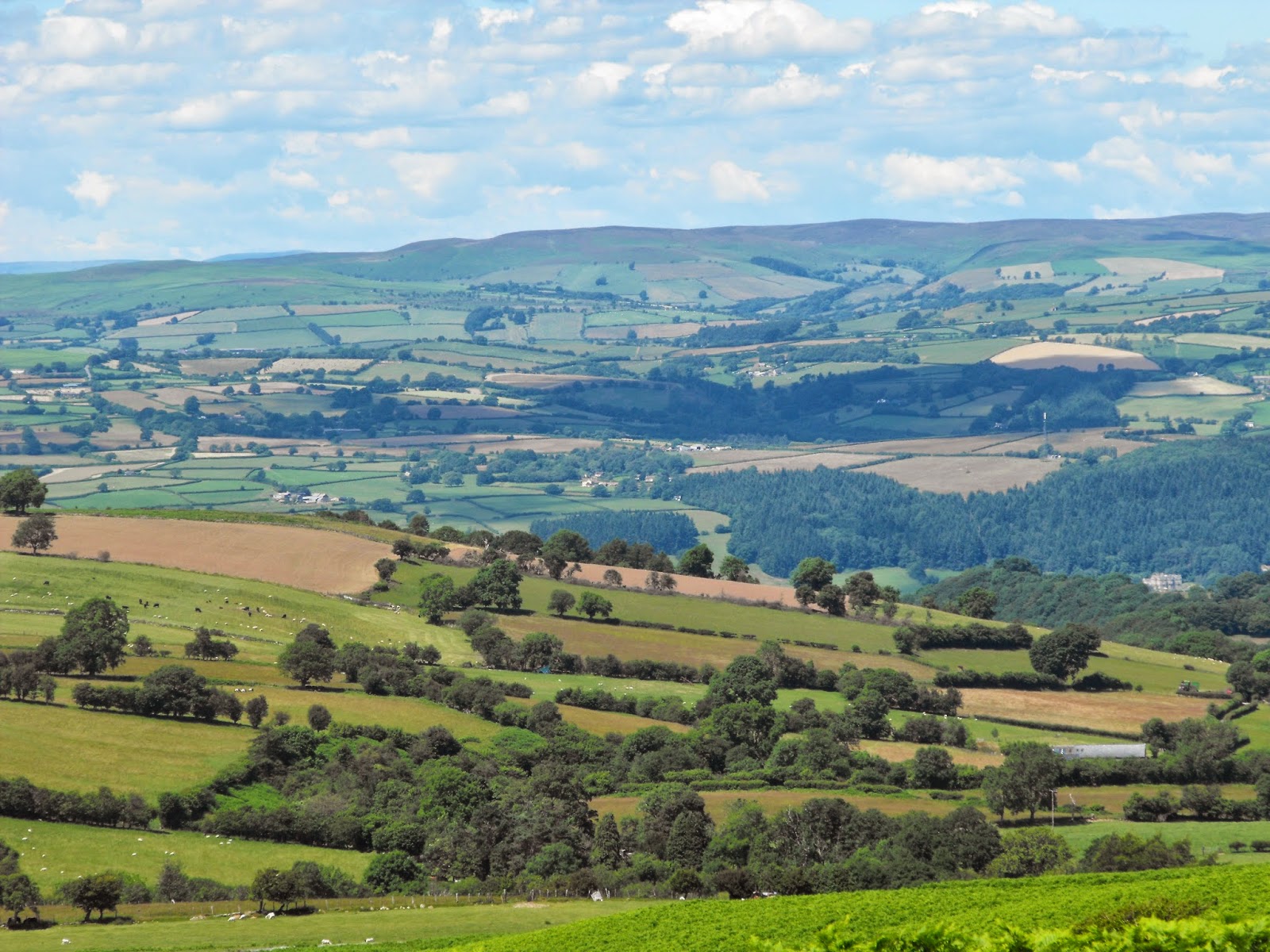 Labels: Ponies on the Welsh Mountains.