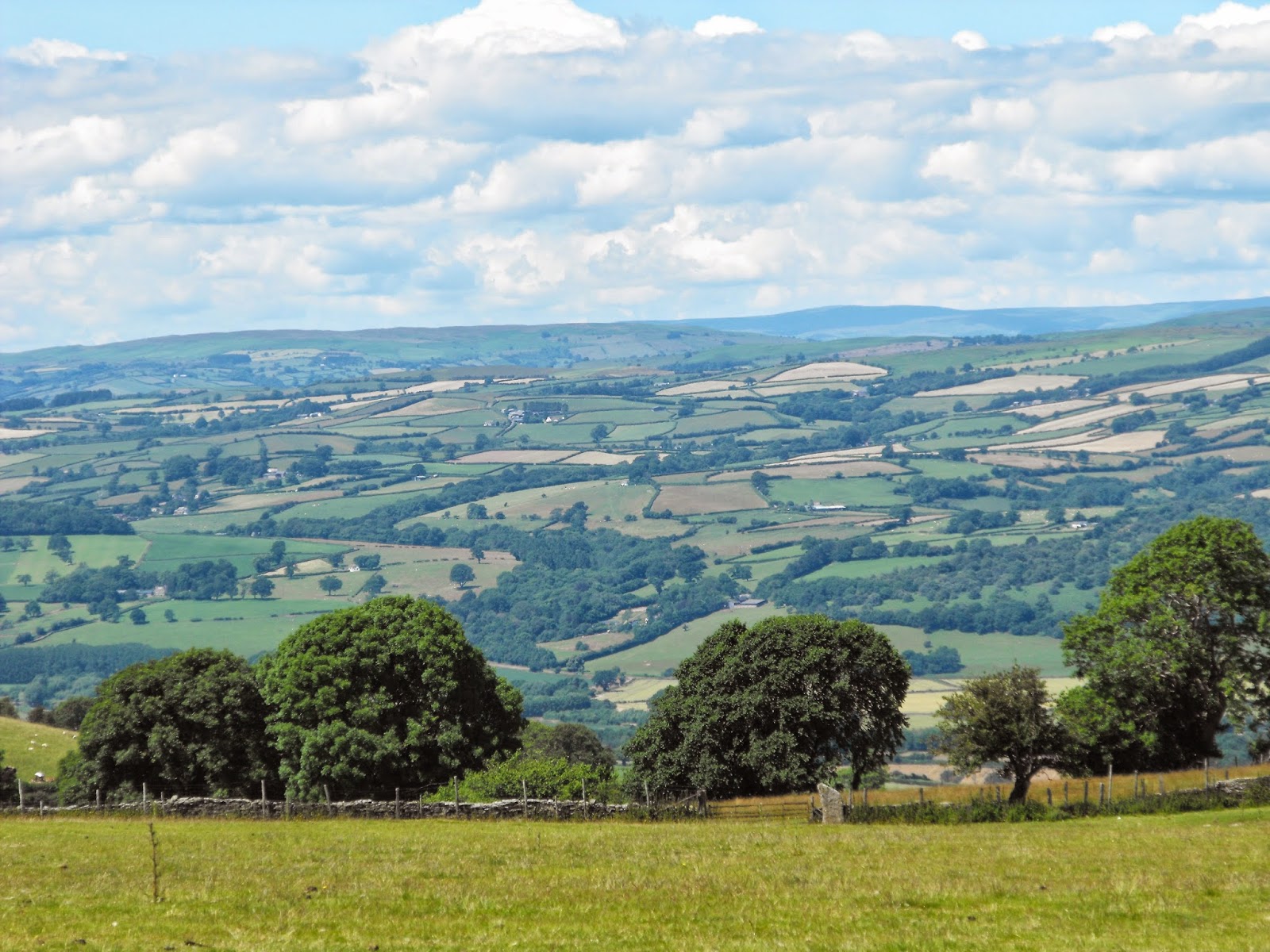 On recent visits to Hay-on-Wye, we have been too stretched for time to go and picnic up on Hay Bluff, but last Friday, after we had finished our business in Brecon, we set off to make the most of the lovely summer's day, and have a picnic with a view. 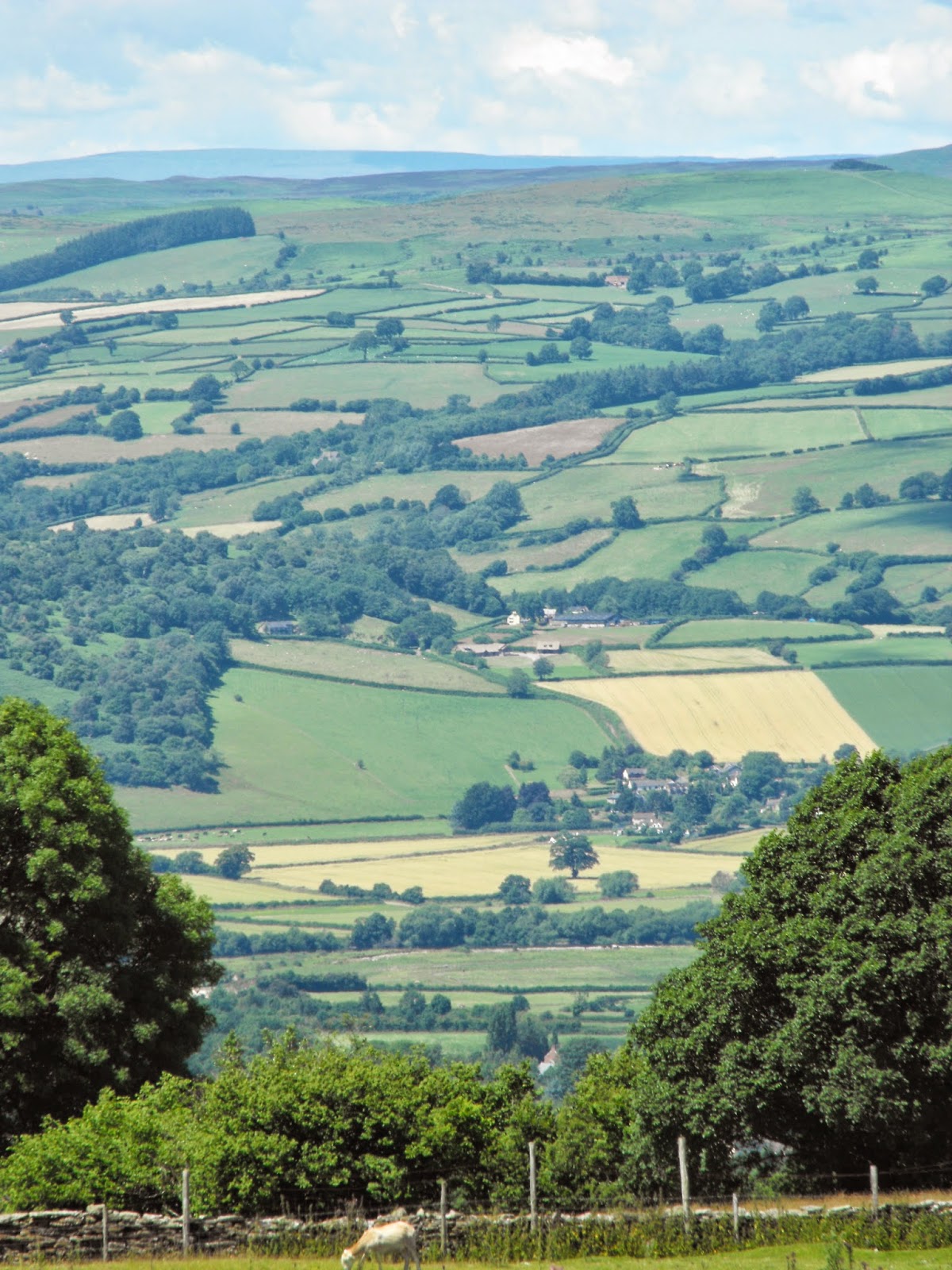 We parked on the grass - although there is a car park of sorts, with stones laid down, but we don't care to be cheek-by-jowel and there was only one other car on the stretch we parked on.  As you can see, the views are stupendous, and it wasn't long before I was tempted out with my camera. 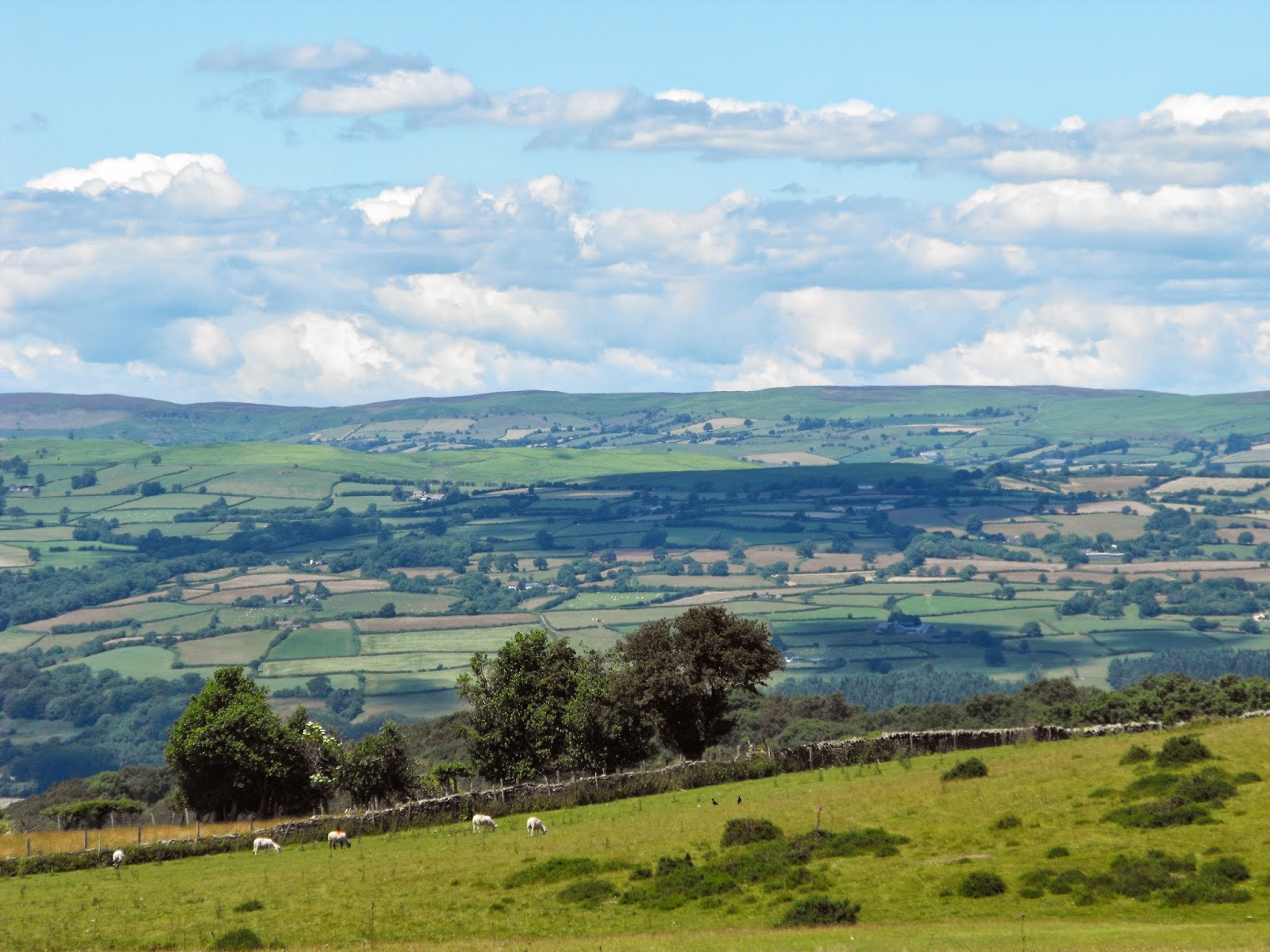 Sheep and ponies featured in the landscape too, but it must have been pretty hot for the sheep (even though they had recently been shorn).  One or two were keeping cool in a deep gully which wound across the top. 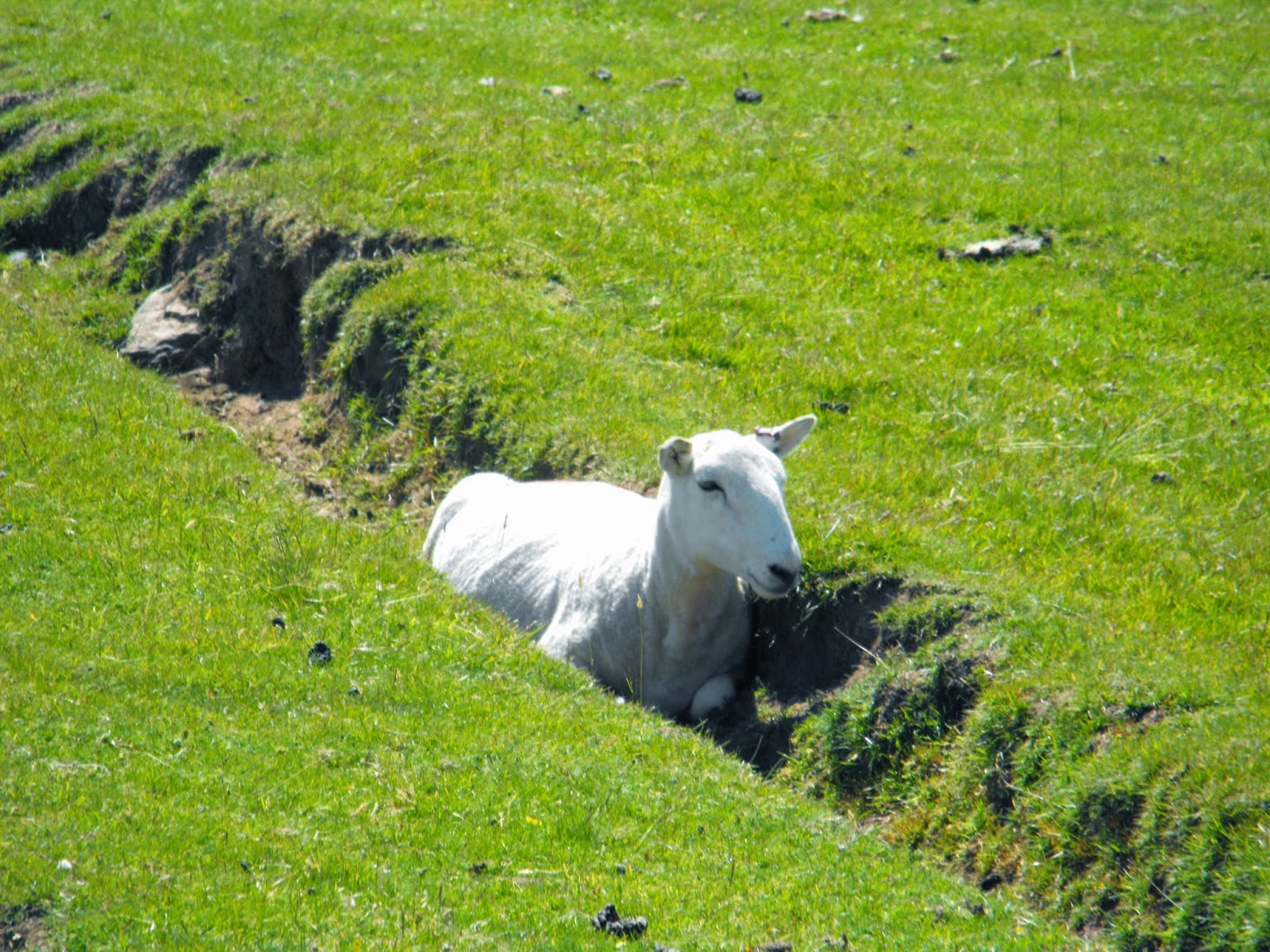 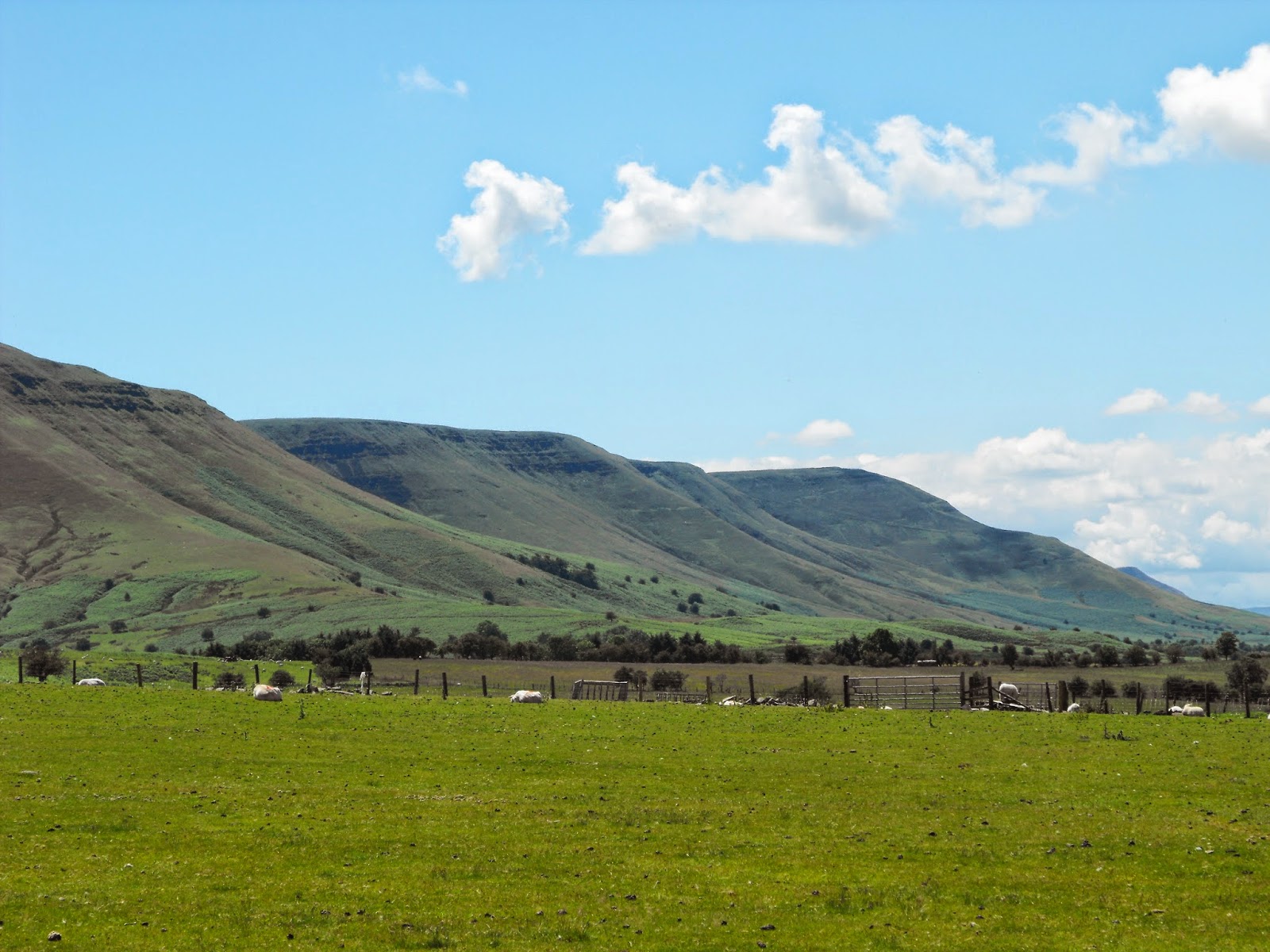 Had we the energy, we could have climbed right to the top, but another time perhaps . . .  Although there were some people strolling across the bit we were parked on, no-one seemed drawn to venture higher, but it was a pretty hot day . . .  It must have been 75 deg. or so when we were in Hay-on-Wye later. 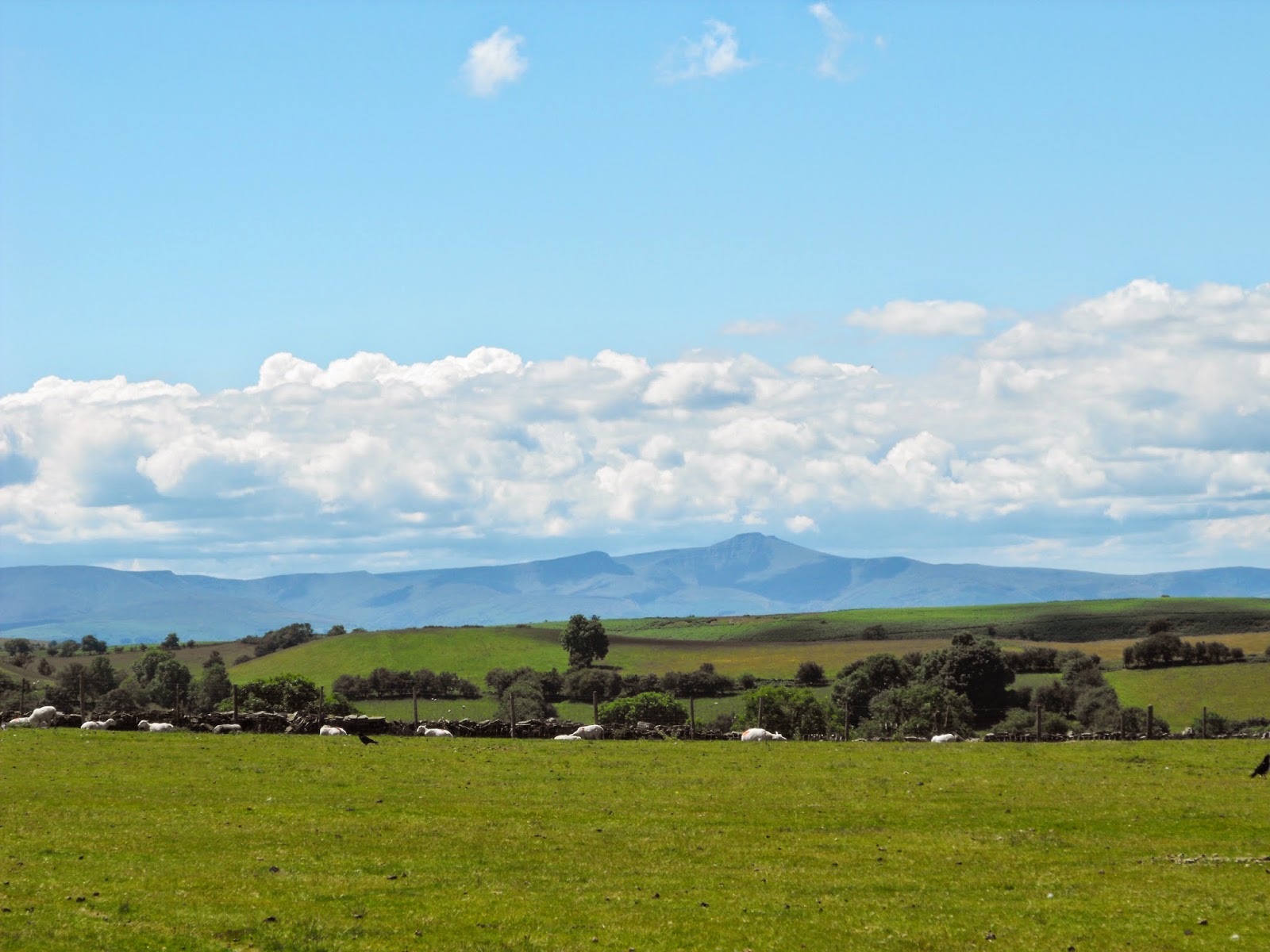 Pen-y-Fan in the distance. 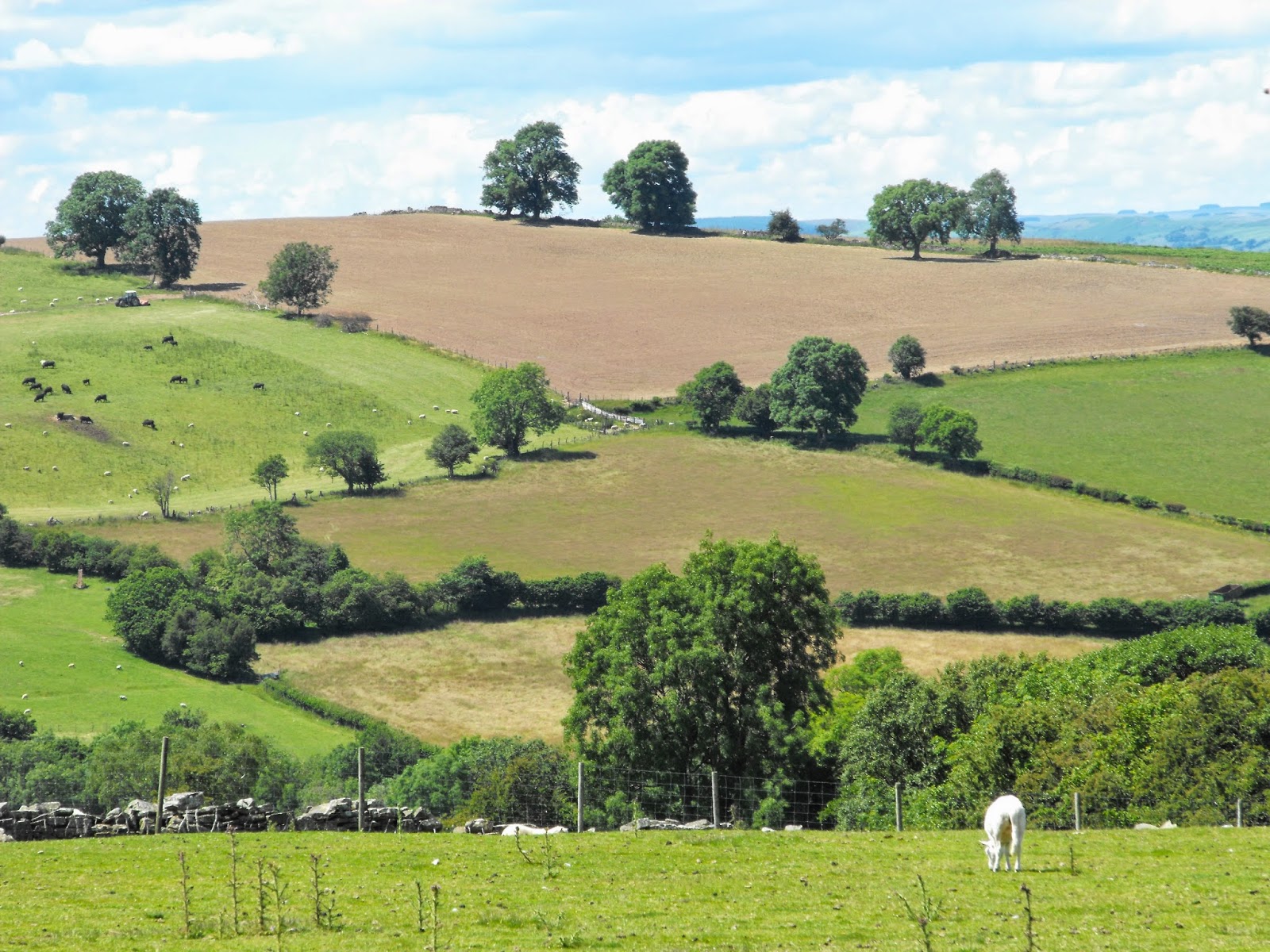 It makes a change to see a ploughed field.  We are mainly arable around here, and no cereals grown (too much rain!) 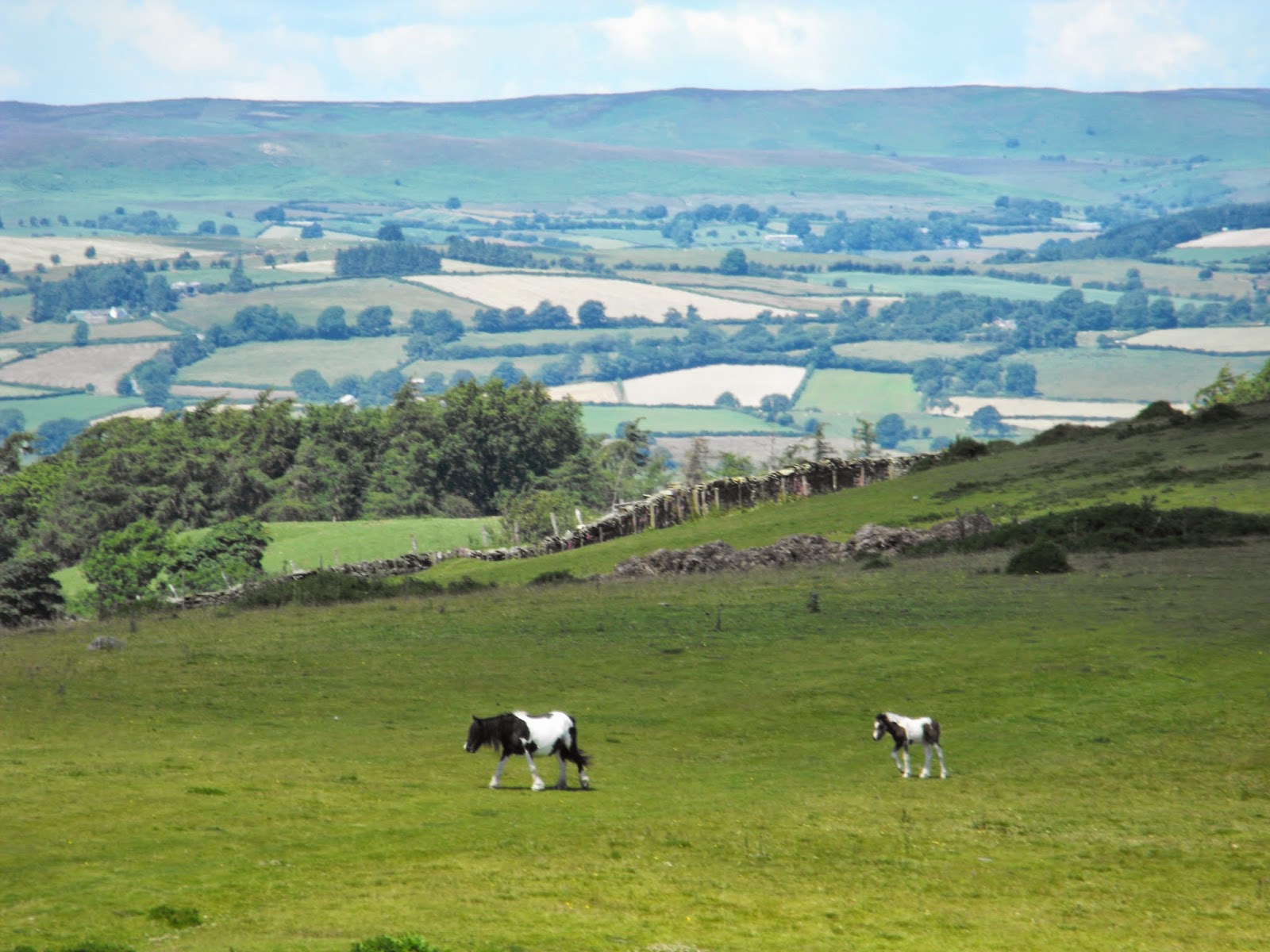 Ponies in the landscape.  Not so much the indiginous Welsh Mountain pony (which are never coloured, like these two), but scrub mares who may have a few Welsh Mountain genes and a lot of other ones too.  I will do a separate post on them. 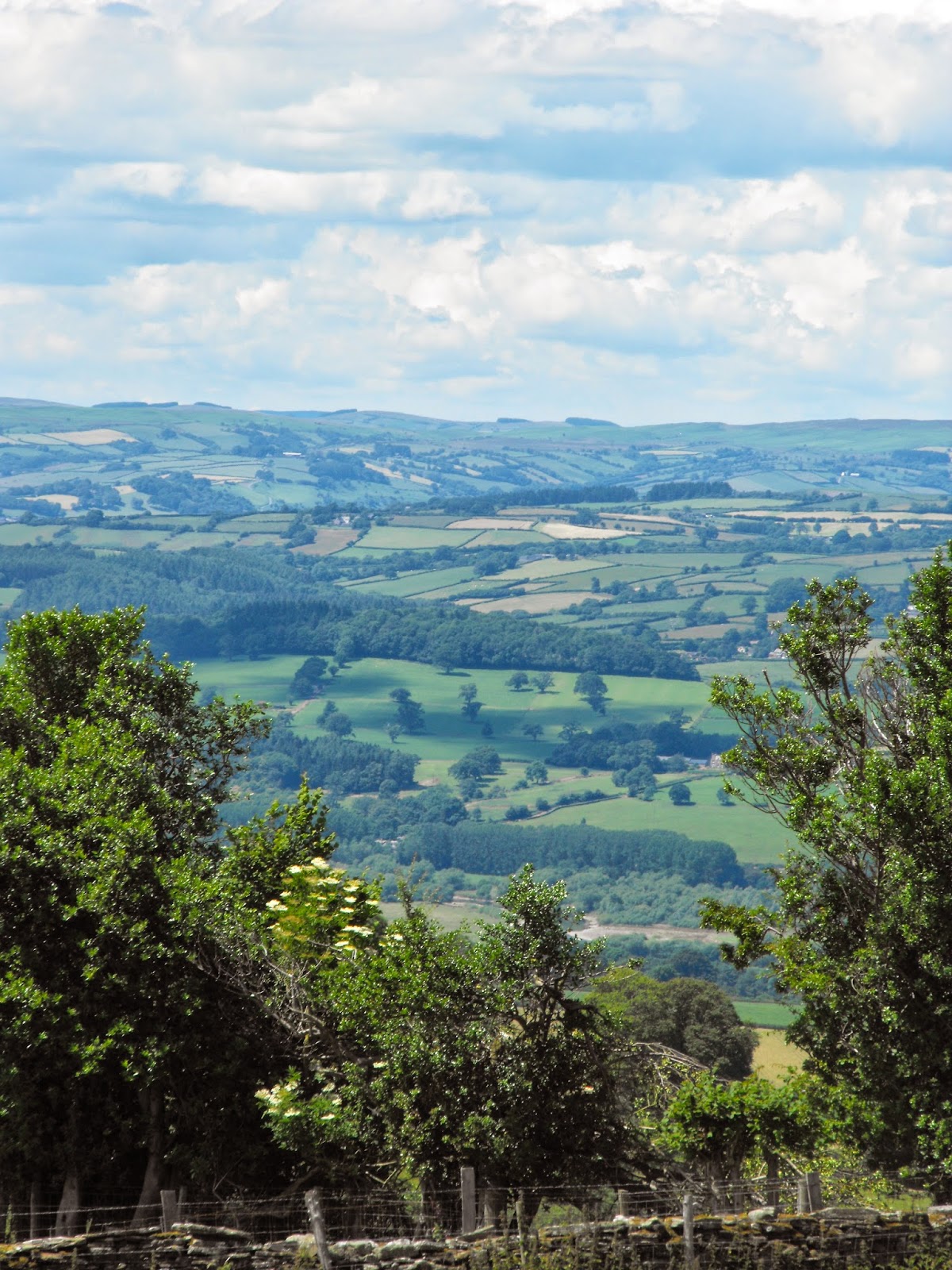 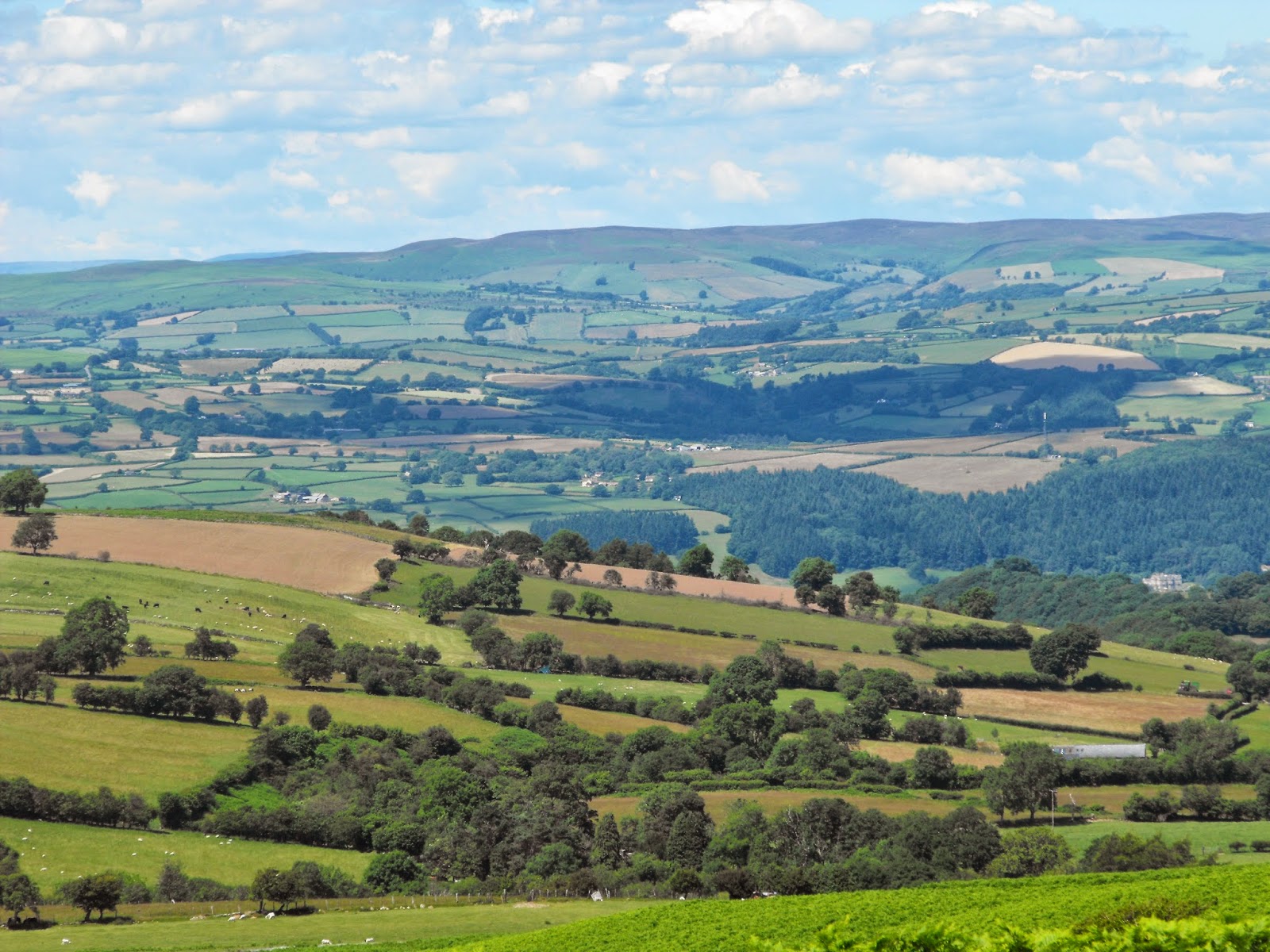 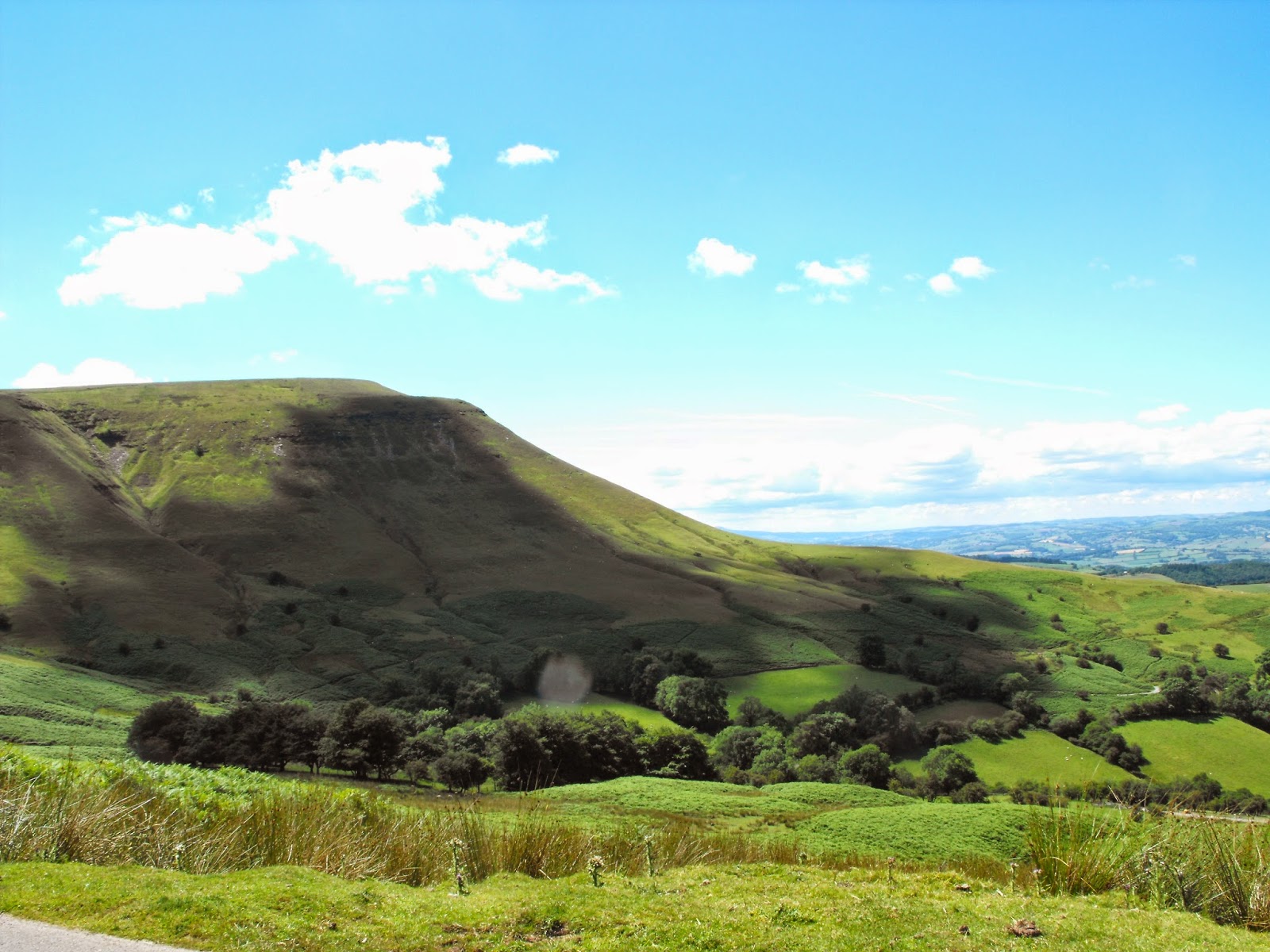 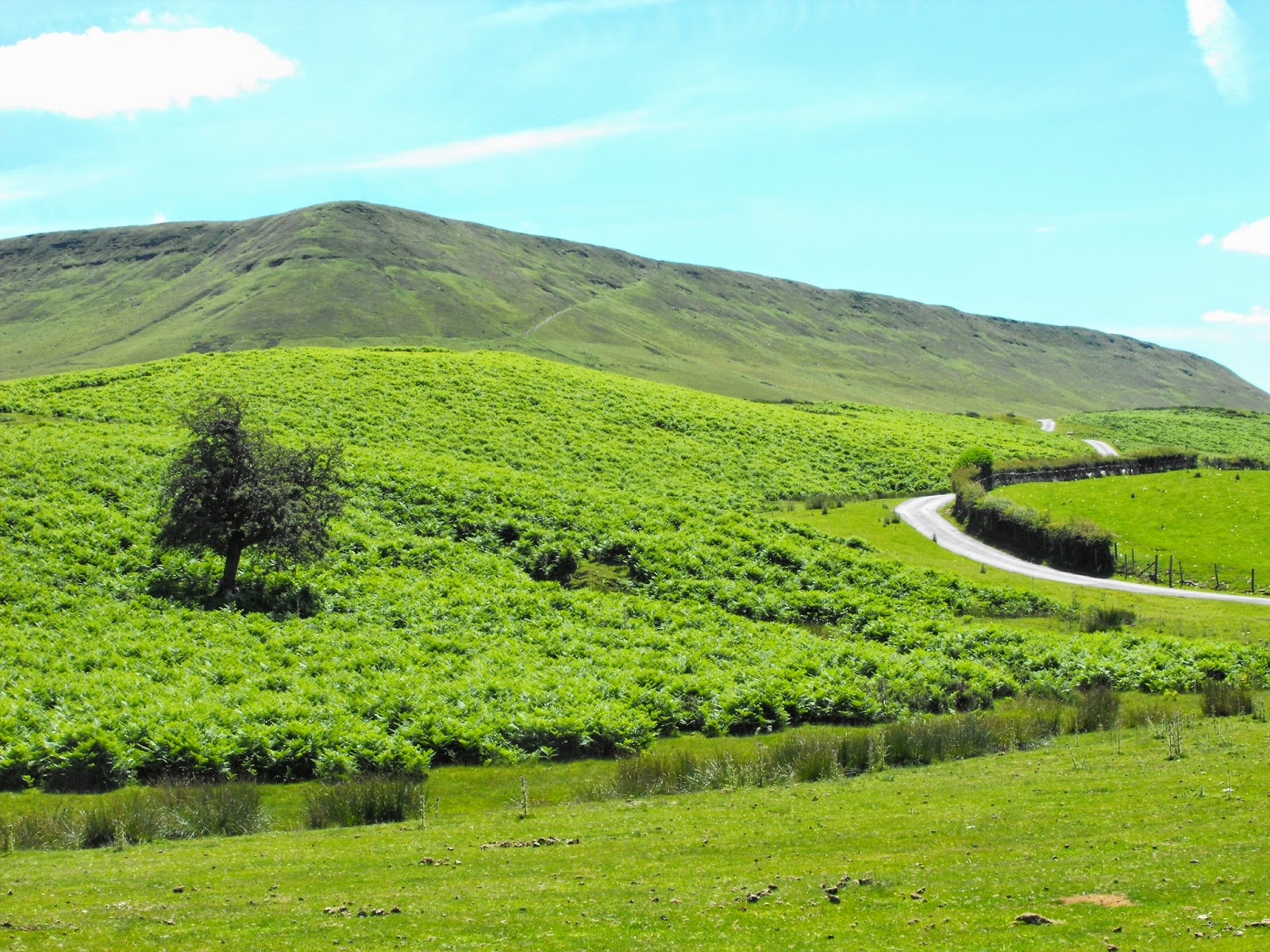