A day of baking 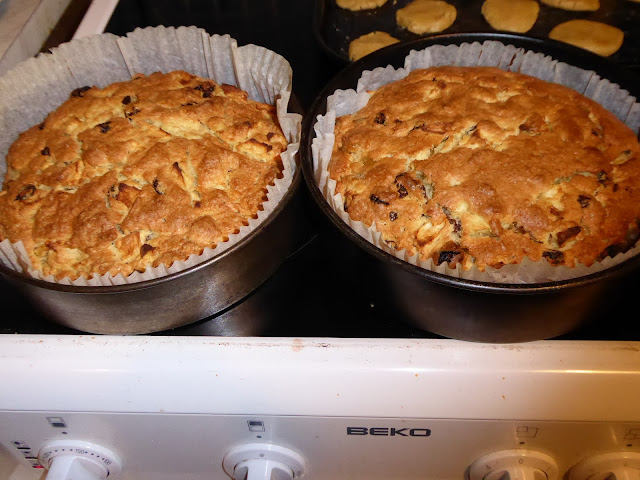 I was in a very positive mood when I came back from seeing the Respiratory Nurse at the Hospital last week, as my tests showed a 20% increase on how they had been last year.  I have had to up my Fostair inhaler and have been prescribed a stronger one (hopefully temporarily - she has suggested carrying on until the pollen season is over and then trying the lower dose again).

I was in a baking mood and decided to fill the freezer.  Dorset Apple Cake times 2 - one with crystalised ginger in, which brought it to a whole new level of yumminess!  I'll add some recipes later on. 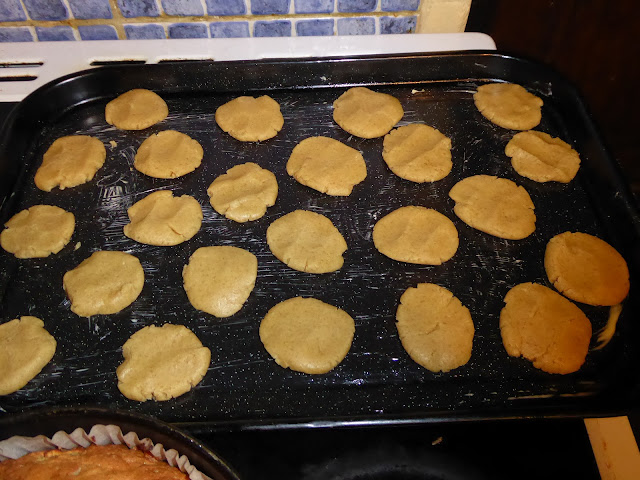 A tray of Dorset Ginger Biscuits ready to go in the oven.  These were not a patch on my Cornish Ginger Fairings I usually make. 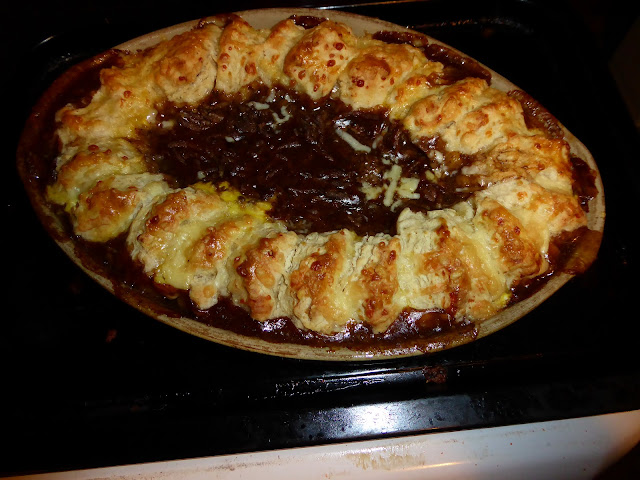 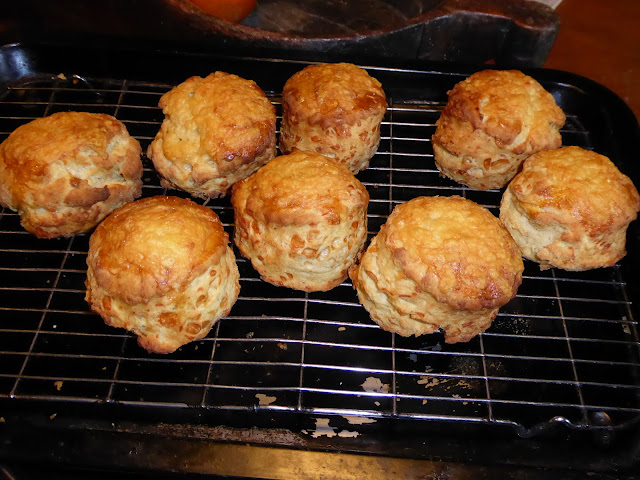 I doubled the cheese scone mixture and made some scones, which are now in the freezer. 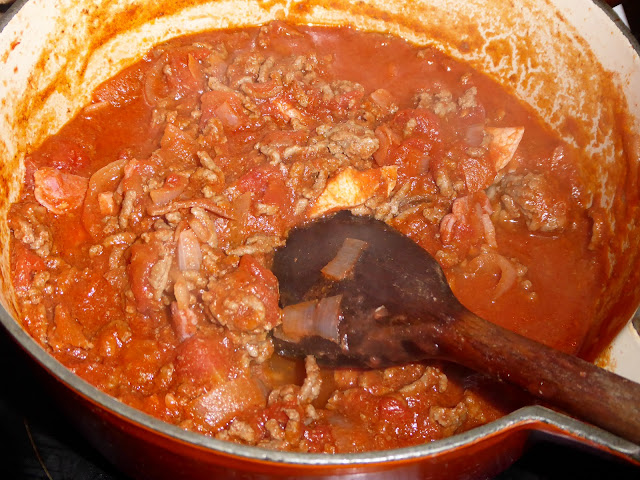 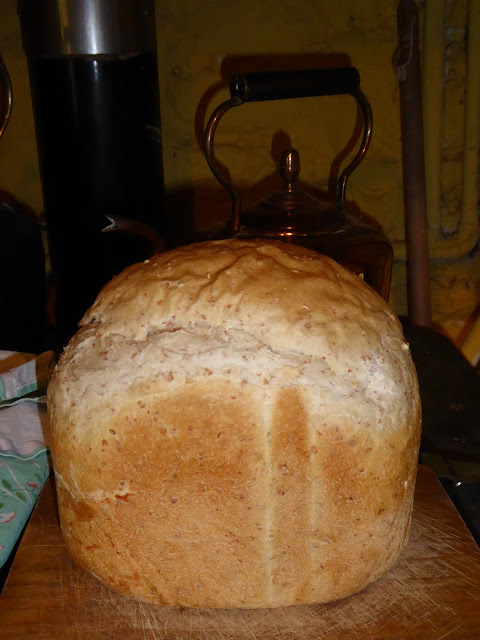 Phew, what a heat wave we have had.  It is overcast and much cooler today so I should be able to just have to water round once instead of morning and evening.  I shall leave you with a photo of one of the roses in pots - a David Austin rose, Teasing Georgia. 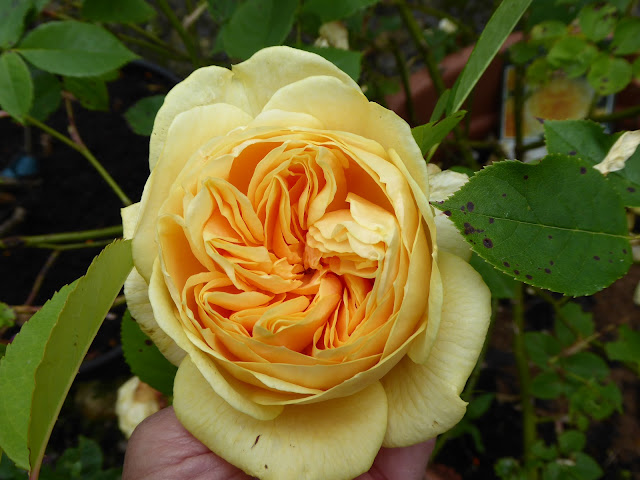