About the moor - particularly Merivale and its antiquities 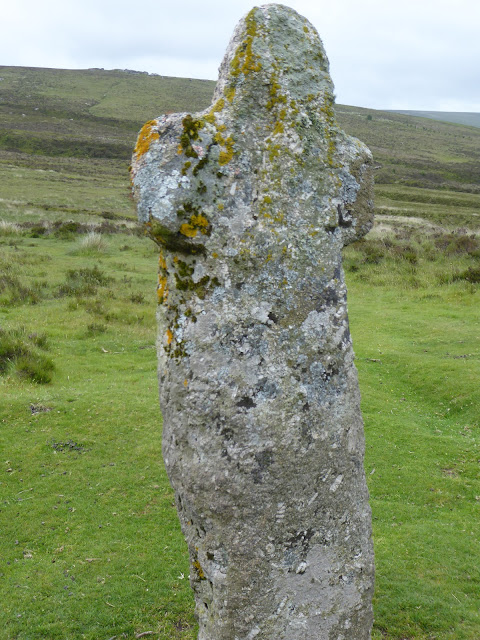 I am sat here with my sweaty hair scraped into a pony tail, and clad in my skimpiest top and shorts (bought yesterday as this hot spell has caught me on the hop and anything skimpy previously in my chest of drawers got sent to charity a year or so ago, when cold wet summers seemed to be the new regime.)  At least I am cool (imagine a pink sausage roll with legs . . .)

I have been spending short spells in the yard, doing a radical weeding of the flower bed out there which was just a mass of Aquilegia seedpods and weeds.  It wasn't too bad earlier on but it is absolutely broiling out there now so I have retired indoors, by an open window.  Thank heavens for stone walls two feet thick which make our house cool on the most scorching day (unless you go up into the attic that is!)

The photograph on the top is Bennett's Cross, which is close by the Warren House Inn on Dartmoor.  It used to lean greatly, back in Crossing's Day, but since then has been put straighter.  There used to be WB marked on it but this has been erased by weather.  The letters stood for Warren Bounds - marking the boundary of  Headland Warrens across the road (where rabbits were once farmed to feed the miners at the Vitifer Mine which is nearby).  It is believed that this cross also marks the boundaries of North Bovey and Chagford.  Whether it was named for a 16th C tin miner named William Bennett, who had mining rights in this area, or whether it took its name from a chap called Ellery Bennett who around 1860 supposedly found the cross lieing in the heather and erected it again no-one can say for sure.  The wonderful Legendary Dartmoor site will give you more information and photographs and you may be there some time, enjoying all the links. 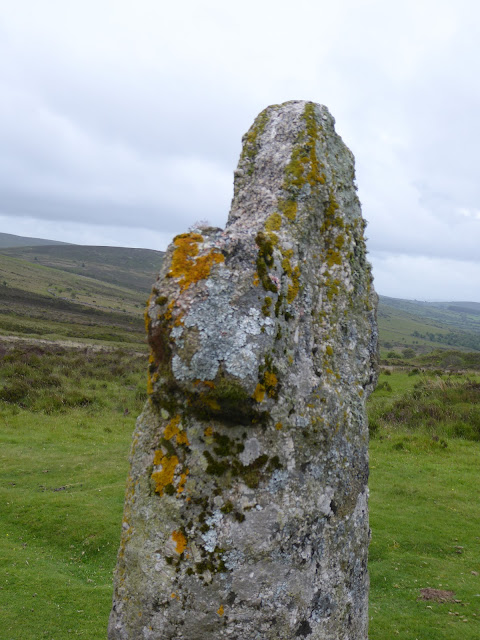 Bennett's Cross from the side.  It could possibly have been a standing stone originally, which was later "Christianized" .  Now for some antiquities at Merrivale which were definitely NOT Christianized . . .  Another LINK to Legendary Dartmoor and a really good piece about the Merrivale complex - far better than I could write it up from Jeremy Butler's books on the archaeology of Dartmoor which grace my bookshelves up here. 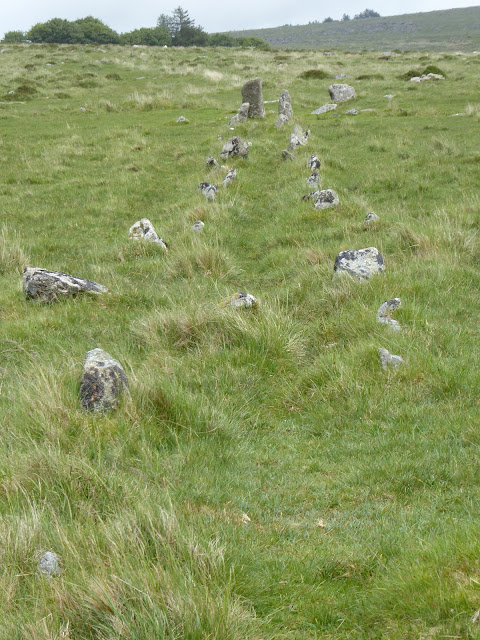 Stone row with blocking stone at the far end. 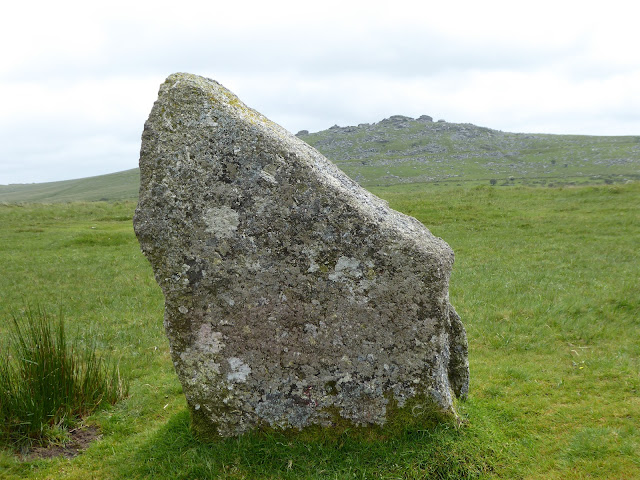 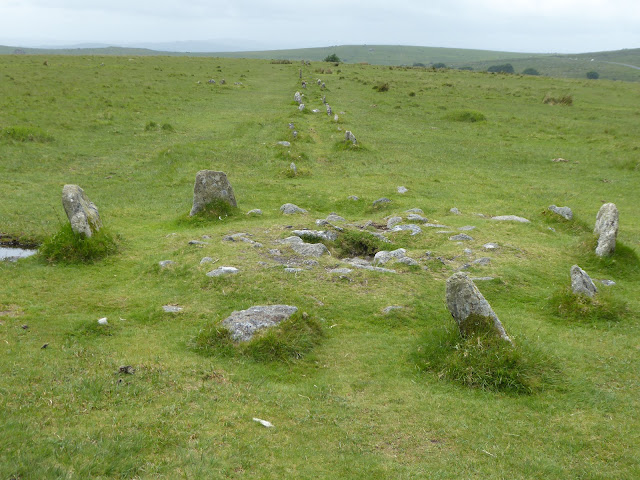 Stone row terminating in a stone cairn - it is possible (to my mind) that perhaps the stone circle came after the cairn. 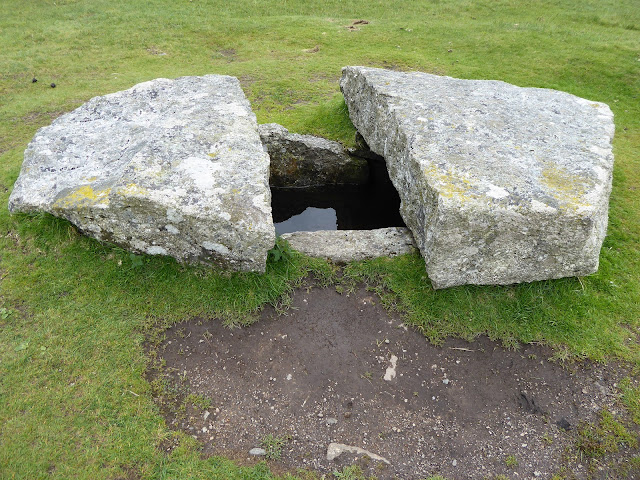 Another burial chamber, a kist this time with a splendid capstone - it was even more splendid until someone decided it was perfect for cutting a pair of gateposts from in mid-Victorian times . . . 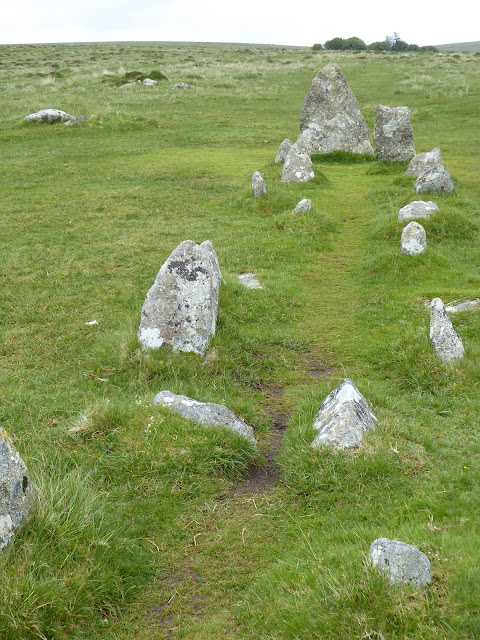 Below, the man made leat which runs nearby and I believe provided water at the Merrivale Quarry. 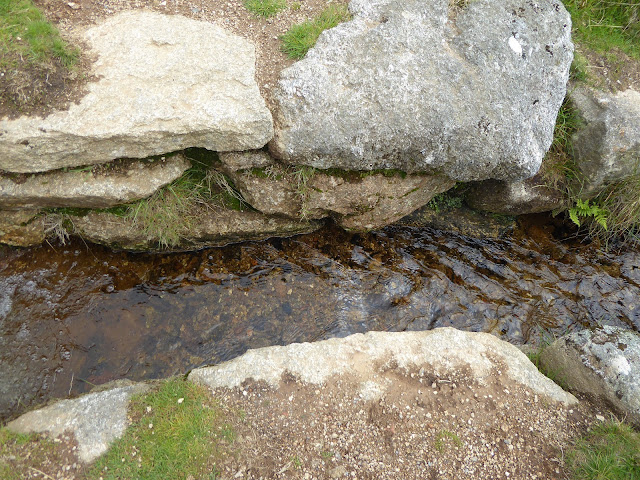 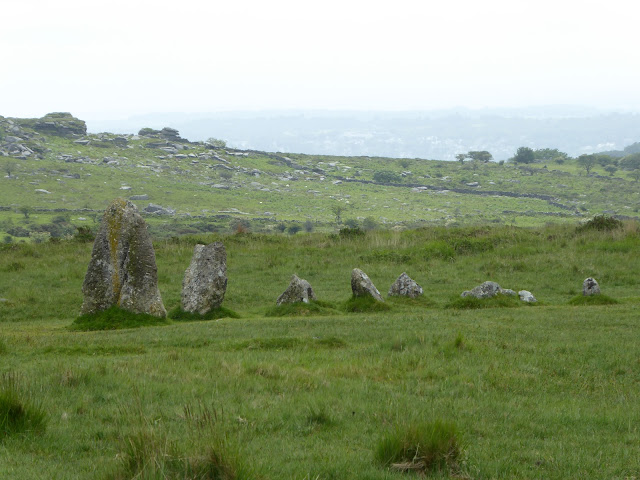 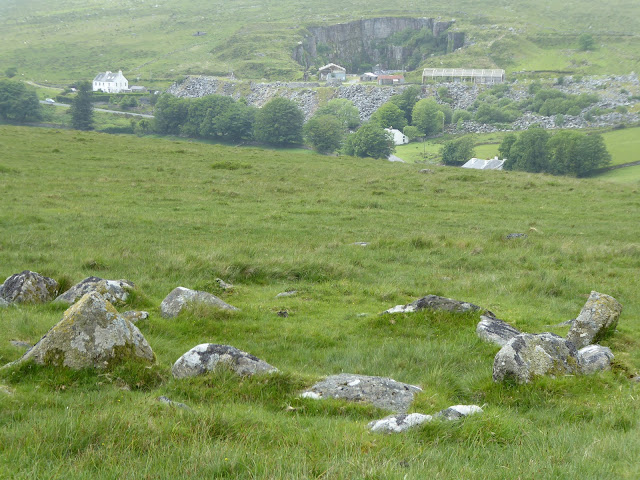 Above and below, the remains of huts - just a circle of stones which had once helped form the base of the dwelling now remaining.

A wonderful ritual complex, and one which I know far too little about.  Off to remedy that. 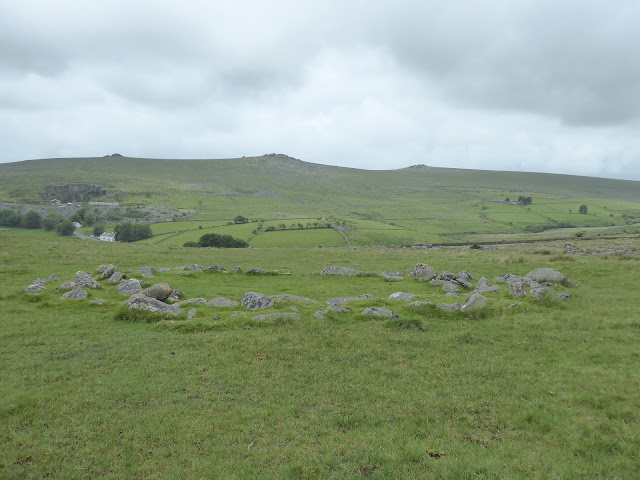 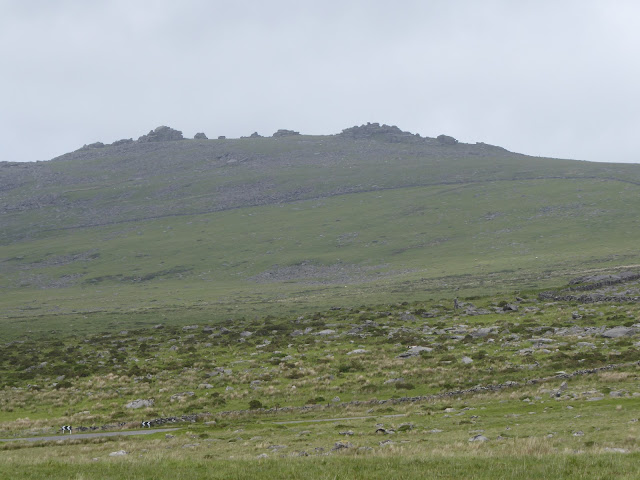