This escaped dragon is on a wall down in the town.  Isn't he delightful?  I think the artist is the same one who has done similar paintings in Hay-on-Wye. 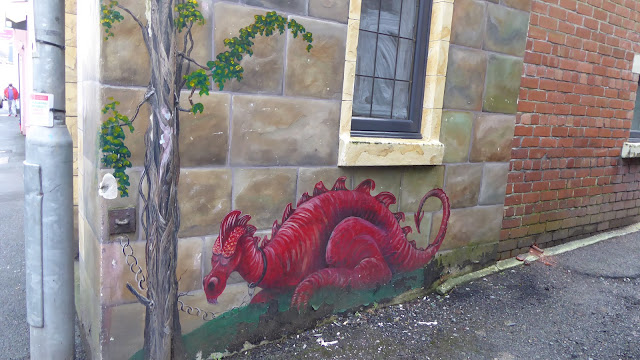 Yesterday was another busy day. When we took the mattress of Tam's bed the other day, it went straight into the car to go to the Tip, along with umpteen bags of bubble wrap for recycling.  There are several Tips we could use, open on different days.  Friday it was Llandrindod Wells (known locally as "Llandod").  It's about 7 or 8 miles from her, so we set off after breakfast and soon had an empty car again.  It's quieter than Carmarthen, and there is no appointment system as a lot less people use it.  There was one car ahead of us in the queue.

Then it was back x-country to get a new controller for the UV water system, on sale or return.  The chap was SO helpful and showed us how the system worked, how to take it apart to fit the new bulb, and explained about the glass liner which could have been made dirty by the build up of silt in the system (believe me, it is BAD).  Don't think the filter has been changed for years by the look of it - possibly not as the stop-cock barely moves and we are trying to get a plumber out to help sort the system out as we have no drinking water.  Now having to buy in bottled water from the Co-op.

We had our suspicions when there was no water test done here (despite being asked for as part of the questionnaire from our Solicitor) and all the paperwork was delivered to the solicitors at the VERY last moment - e.g. on the day we exchanged, so we had no chance of chasing anything up - blardy Christmas in the way and all that. Vendor did NOT leave a forwarding address and the horsey neighbour we met the other day said he "was glad to see the back of her" so it sounds like she upset a few people round here . . . 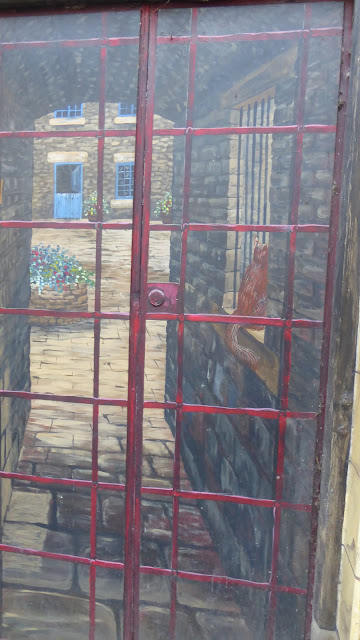 Round the corner from the dragon is this little scene. 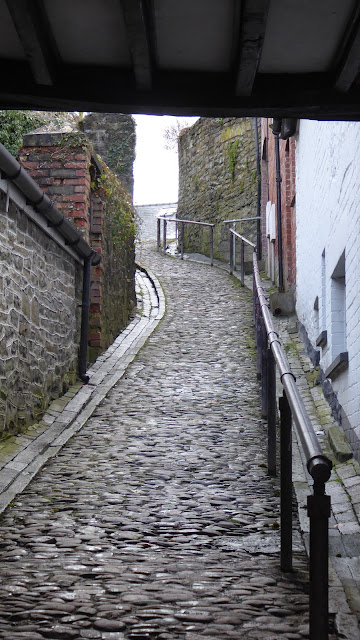 This is Cobble Alley/Ruth Alley - both names on the wall plaque at the bottom of the hill.  You can park up in the Co-op and walk down to the town this way.  There is an almost identical one in Brecon. 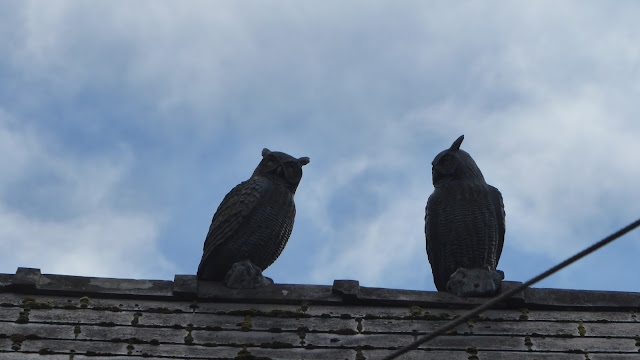 Above and below This is The Owls, hotel/B&B.  The two Owls on the roof survey the town. 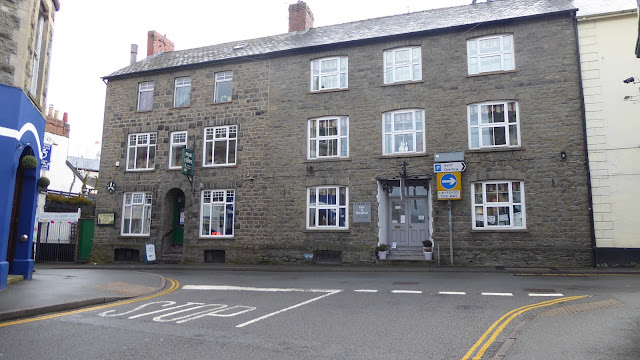 Below : Three Owl? Wings on a Plaque at the other end of the building, the end which houses the chippy we have used a few times for quick meals since arriving.  It has an amazing Arts & Crafts fireplace inside. 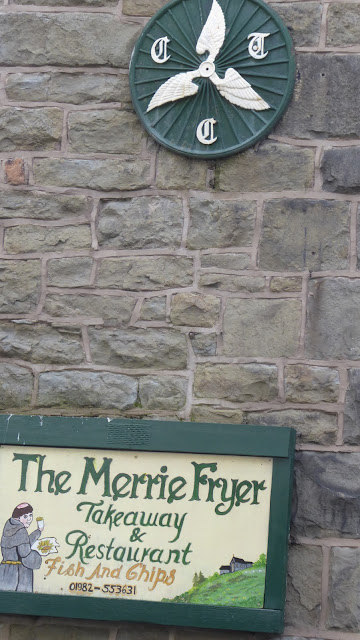 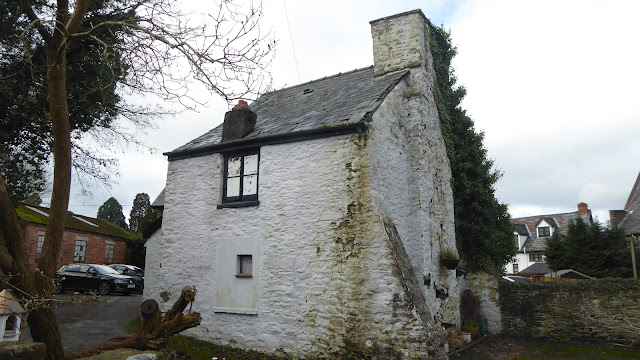 A forlorn and unloved cottage quietly rots away in someone's back garden.  Tam would love to rescue it! 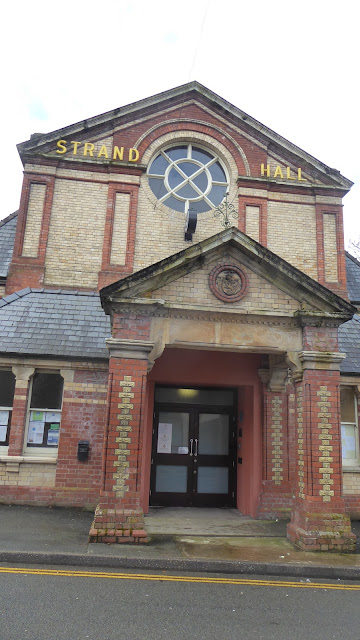 Finally, a bit more Municipal.  The Strand Hall, which now has a Rotary Club plaque on the wall.  From Builth's Victorian past.  It was built as a Market Hall in the 1870s by Oliver Morgan Bligh of Cilmery (a distant relative of Bligh of the Bounty and its mutinous crew.)  It had an asphalt floor, so that the young people could use it for rinking (roller skating - which was very popular at the time).  It was also a venue for Eisteddfodau, (plural of Eisteddfod), religious meetings, and concerts.
After lunch we had to drive all the way to Brecon so we could pay in the cheque for the balance of our house selling and buying transactions.  We have always had a soft spot for Brecon, although it is ALWAYS colder there than home and yesterday was no exception.  We had a quick wander round the town, which was busier than Builth, but then everywhere is busier than Builth!  Suits us just fine. 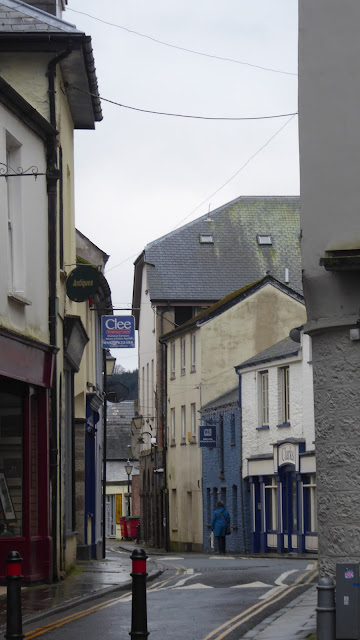 Brecon street and below, this used to be full of dealers selling antiques and bric-a-brac, now totally empty due to Covid Lockdowns.  I wonder if it will ever trade again? 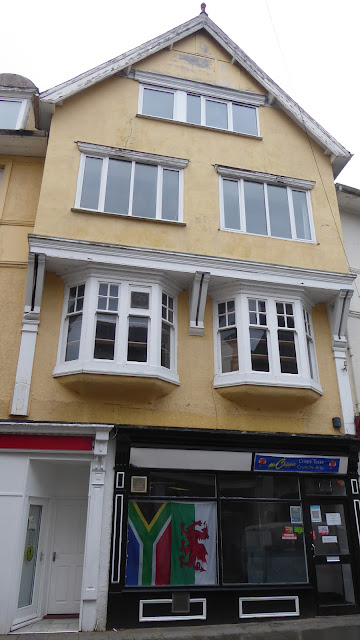 Finally lots of pictures of the Brecon Beacons under a fresh weather system, with clouds stacking up behind them.  Taken from a handily-placed layby - near the motel and restaurant which looks scarily like the one from "Psycho"!!!  Enjoy. 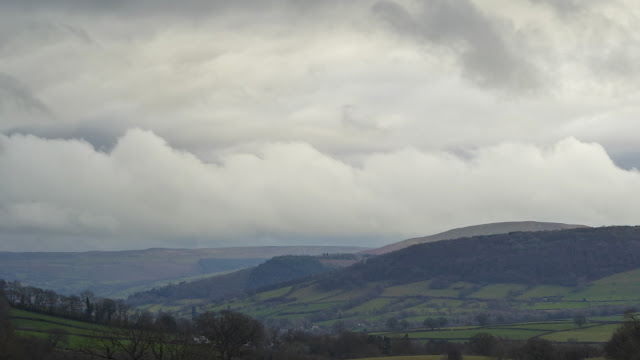 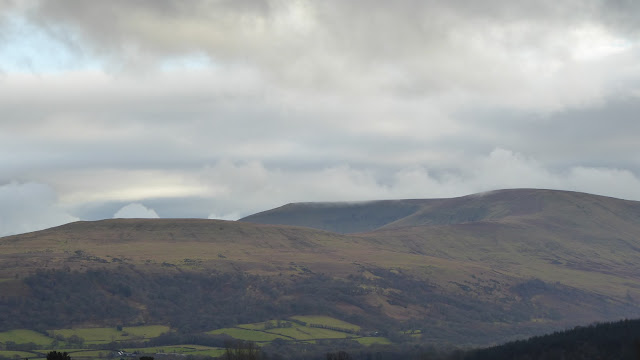 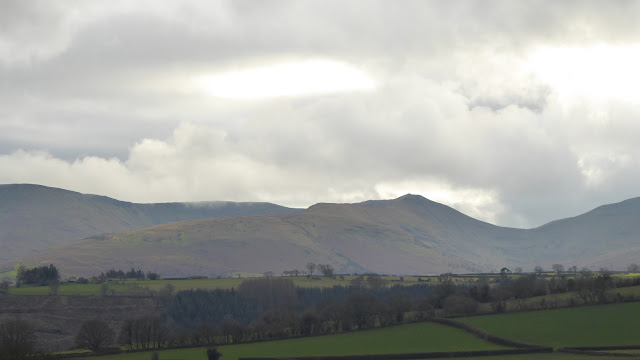 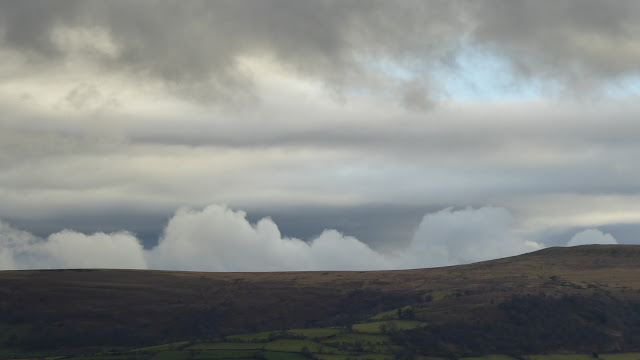 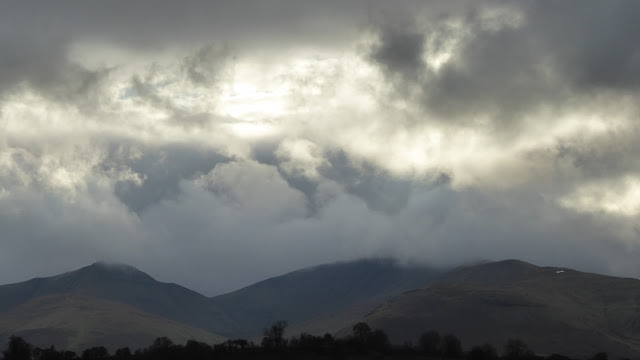