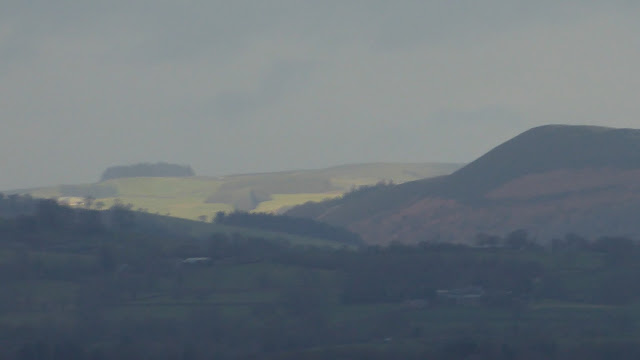 Our plumber said he would come back today and finish off two little jobs.  I set the alarm and got up early this morning - when really I just wanted to sleep on as I had been up for an hour and a half in the night - as I wasn't sure which part of the day he would be coming.  Once it got dark, I gave up on seeing him and - you ladies will understand this - took my bra off.  Oh, bliss!  (Sorry any male readers, you have to be female to understand why this is such a relief!)  Ten minutes later there was a knock on the door . . . of course.  I opened the door and said come in, and then fled upstairs to make myself decent again :)  Anyway, I can now report that we now have a working sink in the guest bedroom and a new set of taps in the Utility (they work too!)  What a relief.  However, we still have a pile of ex-bathroom in the yard, and it will be next week before he can get back to take that to the Tip. 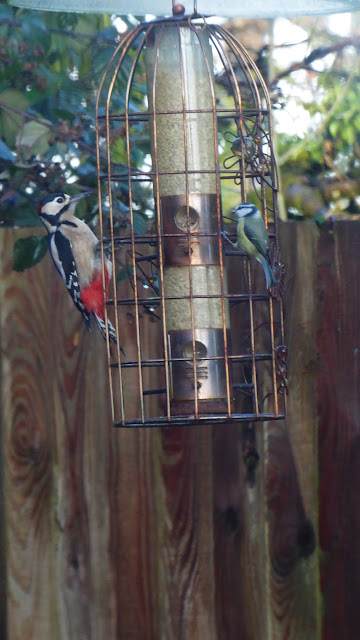 The GSW has now discovered he can use the seed feeder, but he's not been brave enough to try the big nut feeder yet (though I think he could fit his head through OK).  We have dozens of Blue and Great Tits at the feeders each day, and Nuthatches and a thieving Jay who pecks seven bells out of the fat balls!  They give me such pleasure. 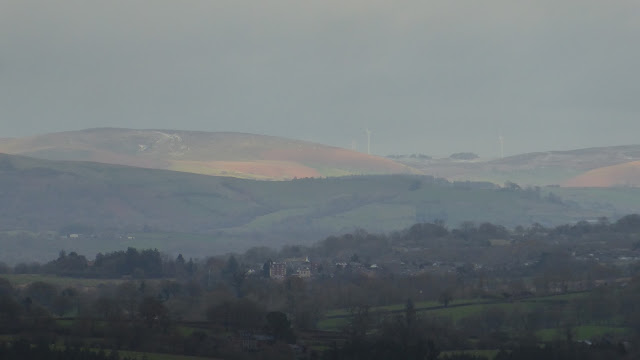 Meanwhile, I have just dashed into Keith, as I heard him what I thought was coughing and coughing, but no, he was laughing fit to bust about a certain news item involving WWII anti-tank shell which a man had "fallen onto" in his garage . . . as you do! - and had to go to A&E to have it, ahem, removed from his anatomy.  The Bomb Squad were also called!! One of the presenters was laughing till he cried and Keith wasn't far behind!

We will have a quiet weekend as T and her boyfriend are in a gorgeous AirBnB cottage in Pembs.  Envy ...  Keith and I are planning a holiday ourselves, perhaps a couple of days on Anglesey (I've only travelled across it on a Field Trip to Ireland) and a couple of days around Portmeirion. It wouldn't be until the spring, but would give us something to look forward to.