We're not big on celebrating Mother's Day or Father's Day (and forget Valentine's Day!) but we thought we would make it a bit special yesterday and had a day out.  We went to a Fair we used to sell at regularly, and it was lovely to see old friends and see what the Fair was like post-Covid.  LOTS of new sellers, I can certainly say that.   Many of the old regular faces were gone - although some were outside - but it was certainly a different line-up. Prices were much more sensible than Malvern, where it's think of a number (and then double it!)  I was looking for things which WEREN'T china!  Got a most unusual carving, well-worn and fascinating, and I'm still researching that.  A few other things too.  Unfortunately the cheapo wheelchair let us down again and one tyre was flat before we even went 100yds!  One for the Tip . . . 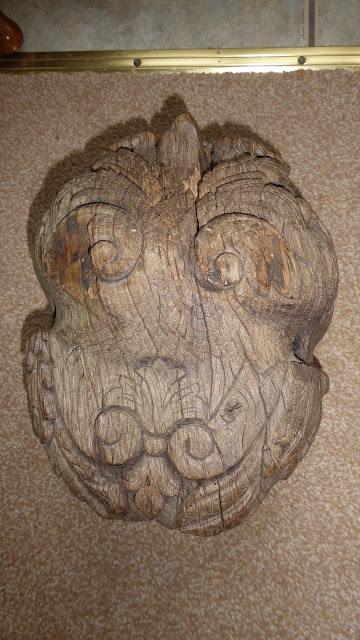 It's a bit dragon-like, but has oak leaves and acorns carved around the face, but it's not an obviously human face so isn't a Green Man.  It is carved to be around a pillar, and has been either repurposed or mended to be held in place at some point, which has caused considerable wear.  It looks like it has been well-weathered so not sure if from an abandoned (roofless!) church or on a house.  I don't believe it's British. Dealer who sold it reckoned it was off a ship . . . It is oak, and it takes some centuries of weathering to wear oak away like this. 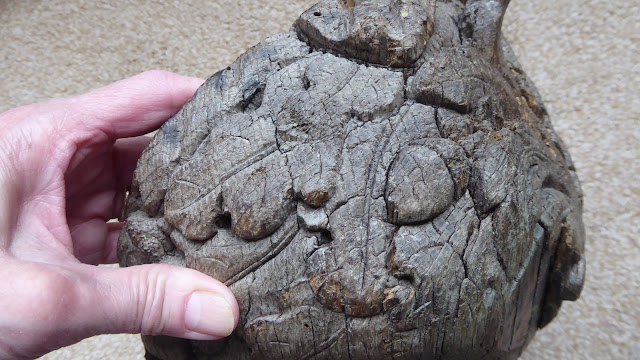 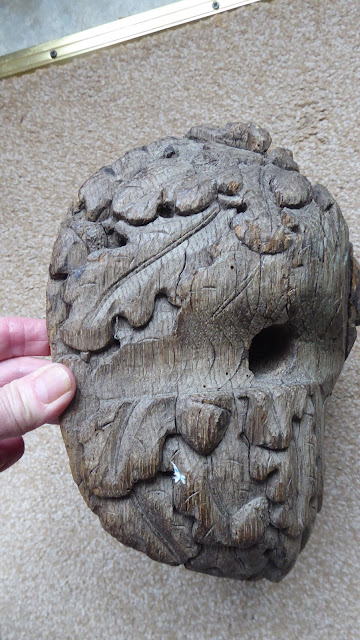 We decided to have lunch at Talley Abbey - think car picnic here.  I then went and took some photos. 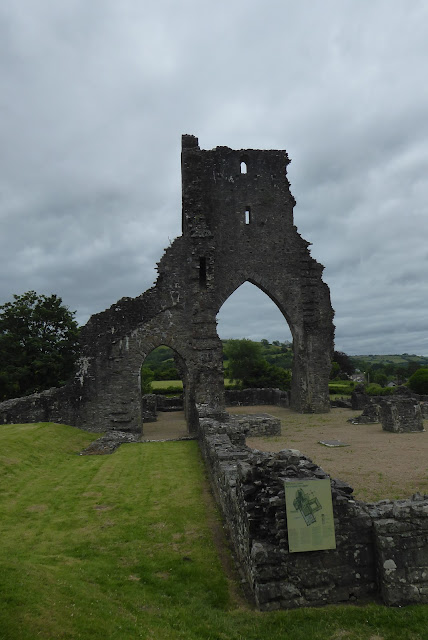 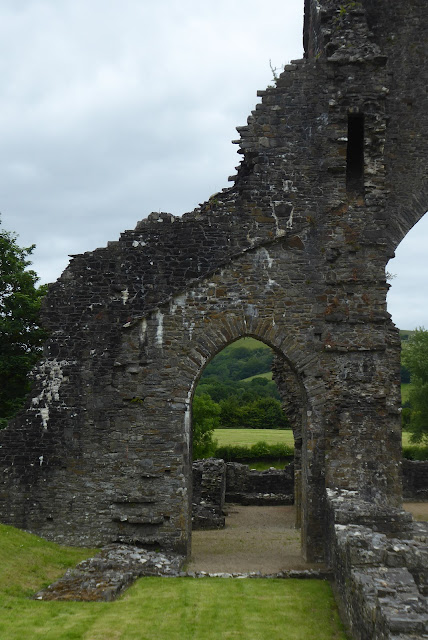 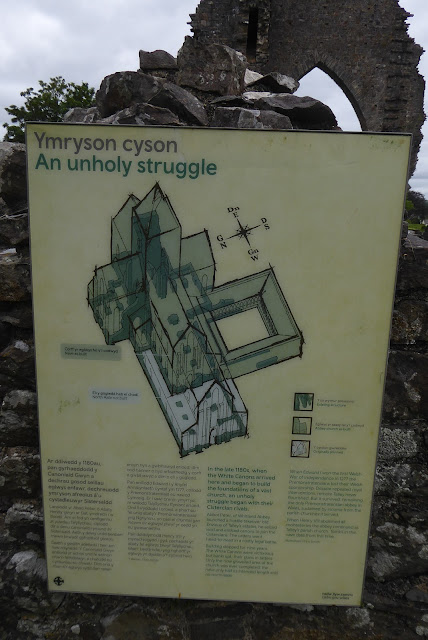 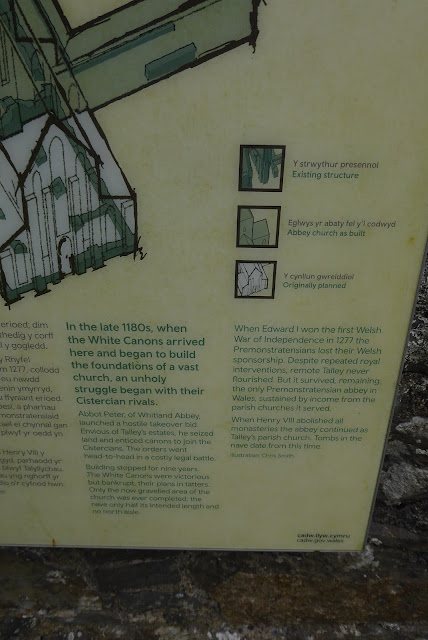 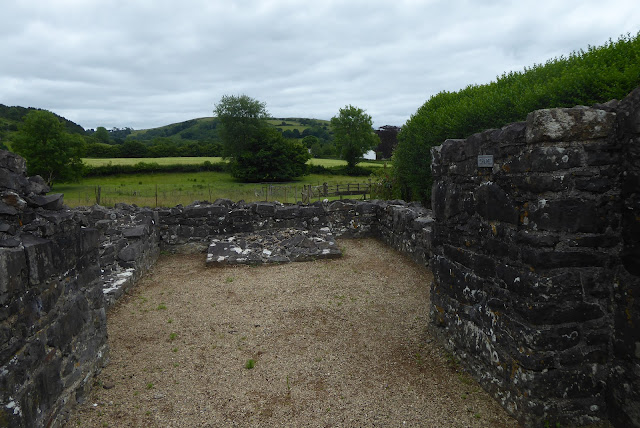 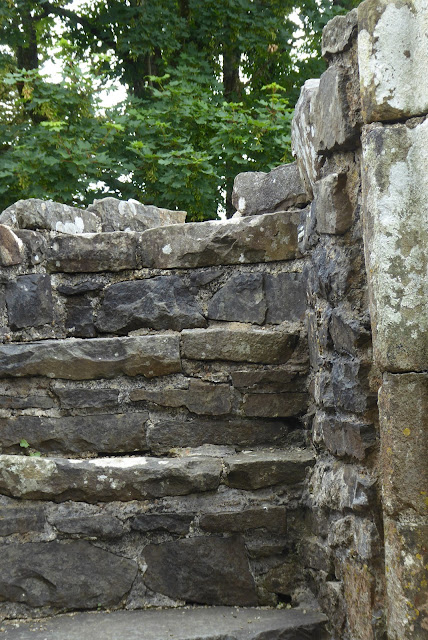 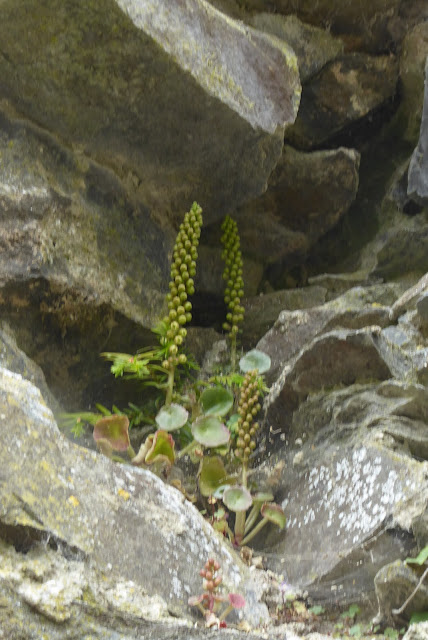 Navalwort growing happily in a crevice in the ruins. 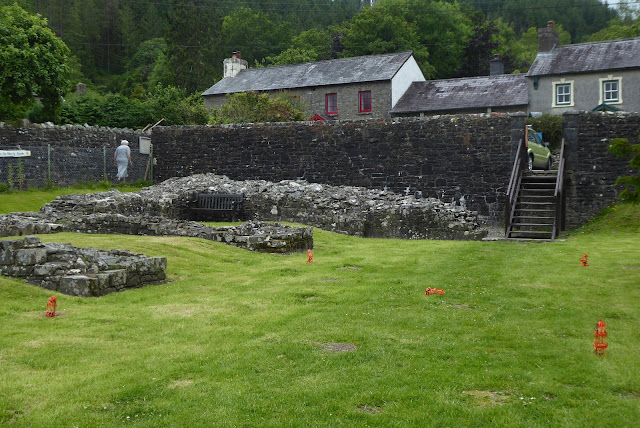 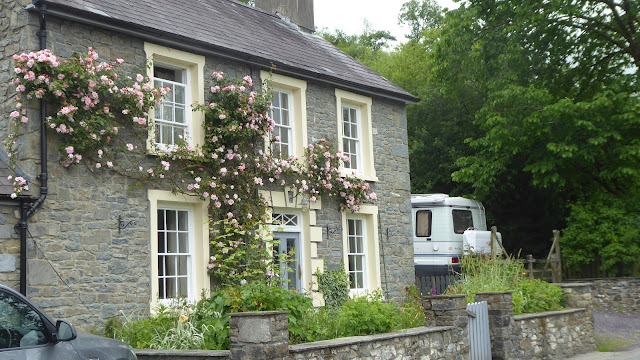 Such pretty roses growing up this cottage wall.
After a day of heavy rain (Saturday) and an overcast day (yesterday) we are back to sunshine and very high pollen again, so I shall be lurking inside and may even blow the dust off an unfinished quilt and get cracking on that . . .