A Jaunt round Malvern Fleamarket

Sunday was the June Fleamarket at Malvern.  I took my friend Pam along and nearly walked the legs off her! 23,000 steps by the end of the day.  She really enjoyed herself and gosh we chatted non-stop! 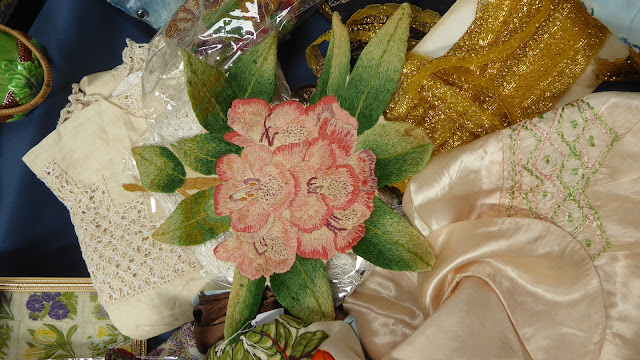 What I would have bought if I'd let myself .  I think I have noted it before - it was £22, so she obviously wants £20, but I will let it go to someone else to treasure. 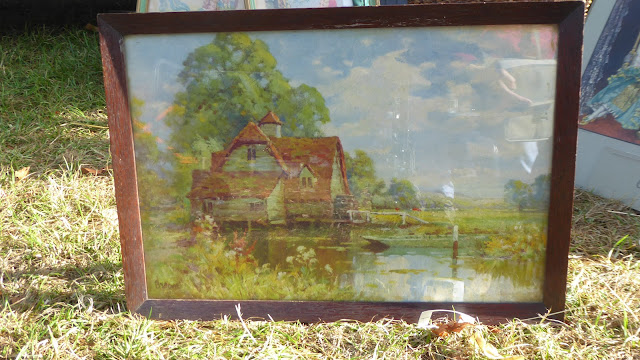 I would have given this house-room too, but made myself settle for just a photo of it.
Warning - photo of ancient mummified cat next.  If you are of a "yuk don't like such things" disposition, quickly scroll on by!! 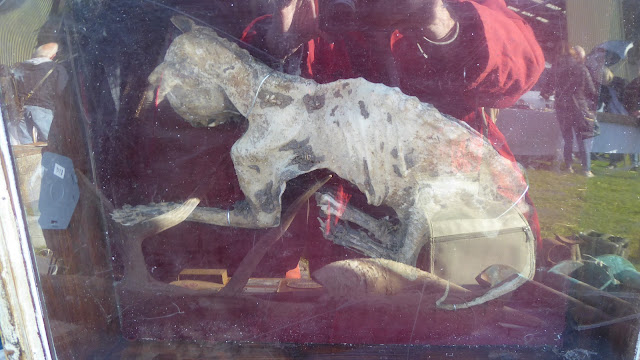 A mummified cat.  These (once dead) were placed in thatched rooves or walls of cottages to deter mice and rats (supernaturally - the hunting spirit of the cat carried on). There's one in the little Museum at the top of Gold Hill in Shaftesbury.  I also have a whispered memory of one at a pub on the A31 just before Henbury (on the Wimborne Minster - Blandford road in Dorset). 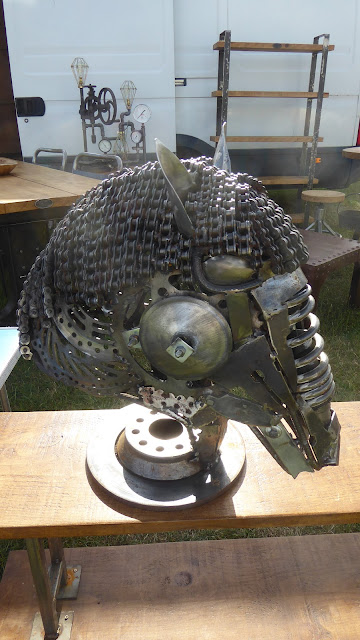 Isn't this horse head amazing?  All made from motorbike parts by the stallholder.  I told him he was very talented. 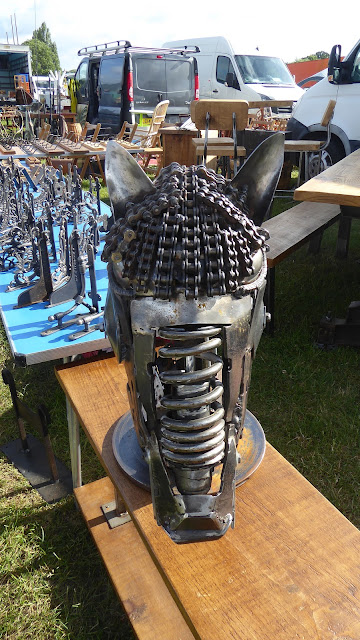 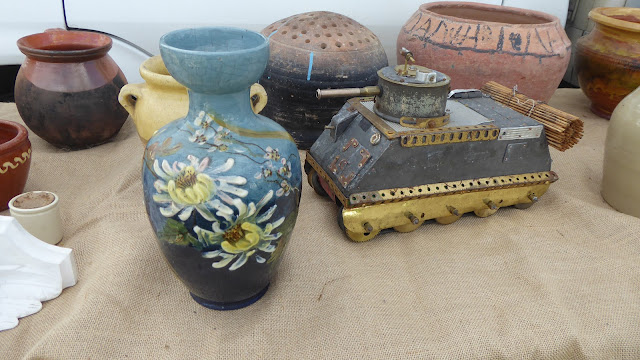 I really liked this vase - had a look of Exeter pottery about it, but the chap wanted £50 and wouldn't budge a penny.  Crikey, he even wanted £100 (!!!) for one of those round mesh egg holders - French - it came from a Chateau so that made it a lot more valuable apparently!  I bet he didn't sell it at that price.  I'd have put it £45 max. 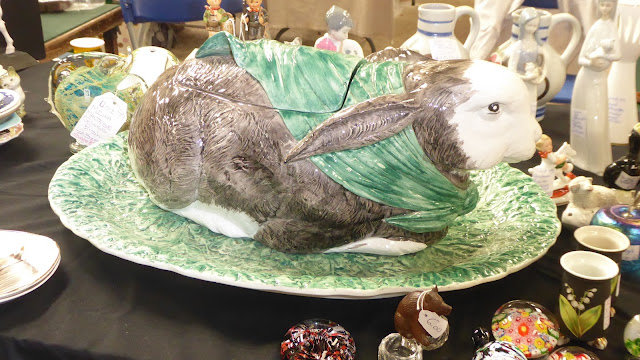 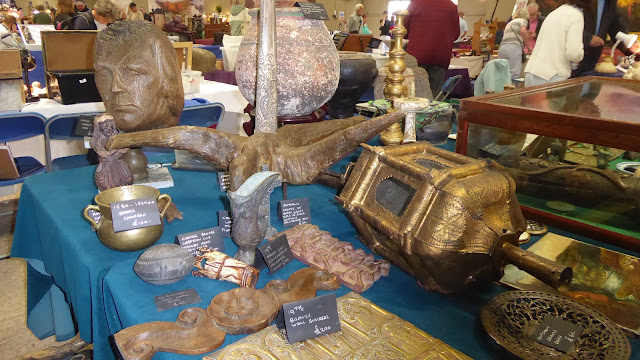 Some photos from our favourite stall, which always has really interesting items.  I had a good chin-wag with the lady who owns it, as usual.  She asked where "Mr £5" was - e.g. Keith!  He's always cheeky and offers her a fiver on something with a MUCH bigger price. 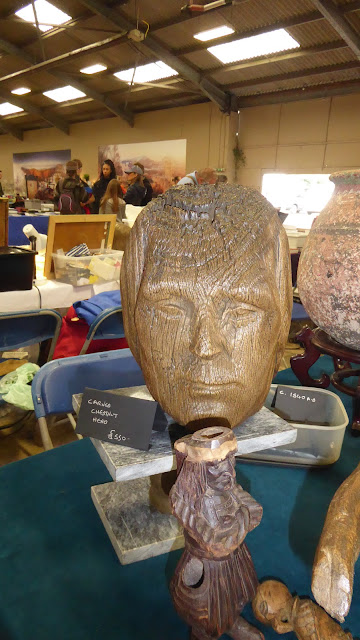 A lovely carving of a head, using a chunk of Chestnut log. 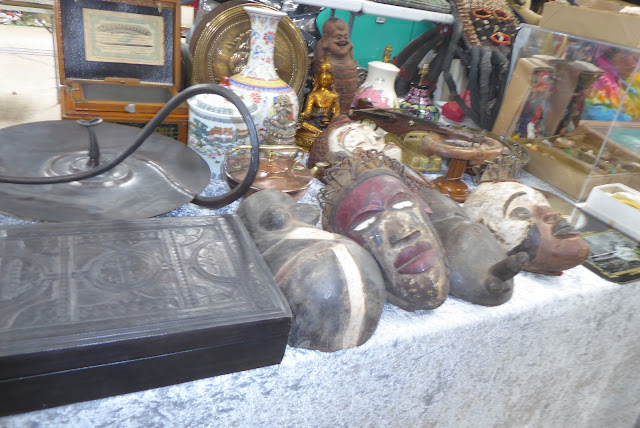 I was idly scanning this stall and suddenly did a double take :)  The things you can buy at Malvern - ithyphalic African carvings . . .
It's all go for me in the kitchen now, redecorating, though some colour choosing needs to be done first.  The ancient yellowing white on the windows and skirting boards, and two glass "windows" between the Utility and the kitchen and on the staircase at the side of the kitchen is looking very tired.  I don't want white again so am looking for a pale and wan "touch of verdigris" colour.  The Ivory (or rather White Lace) paint I've started to paint the kitchen walls in makes the units look properly cream, but isn't quite right, so will have to be the base (two coats at least to cover those blues) for the creamier top-coat.  I think it's going to take a couple of weeks to do it all.  I did all the preparation to cover the old tile marks yesterday so that just needs rubbing down this morning.  Just as well it's grey and rainy - but still polleny - again outside.  Watch this space.