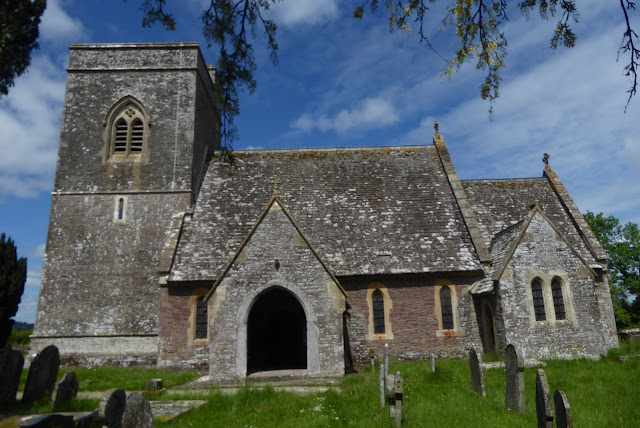 I visited here about a month ago but took such lousy pictures I needed a return visit.  This lovely old church nestles on the shore of Llangorse Lake, near Brecon.  It is an ancient site - dating back to the earliest of Christian times, when it was established around 450 AD and dedicated to St Gastyn, a Celtic saint who reputedly discipled all of King Brychyn's many children.  (King Brychyn's court was at Talgarth, at the roots of the Black Mountains).  Like many others in the Victorian period, the church was rebuilt, c.1848 - 1851.  I think churches had been allowed to fall into a dreadful state of disrepair when so many of them needed rebuilding!  The popular Gothic Revival Early English style of architecture was used and sadly I think very little of the Medieval church survived. As ever, Coflein gives a good appraisal. 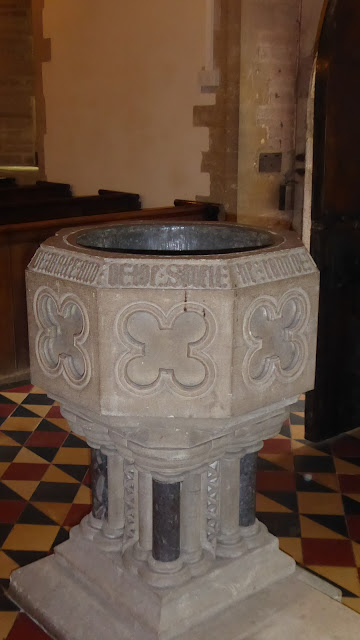 The font, which had a lifting cover - the design is described as octagonal, heavily moulded with quatrefoils.  I wonder what happened to the Medieval one?  Rubble in the building walls I suspect. 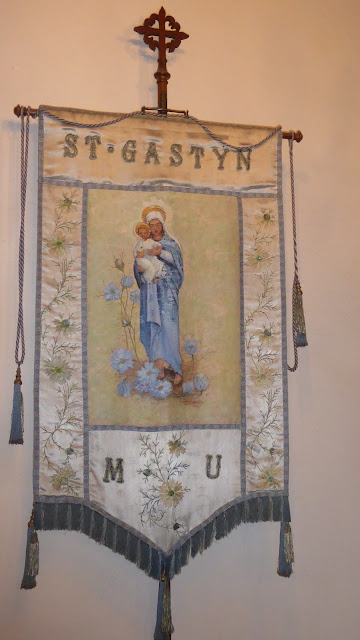 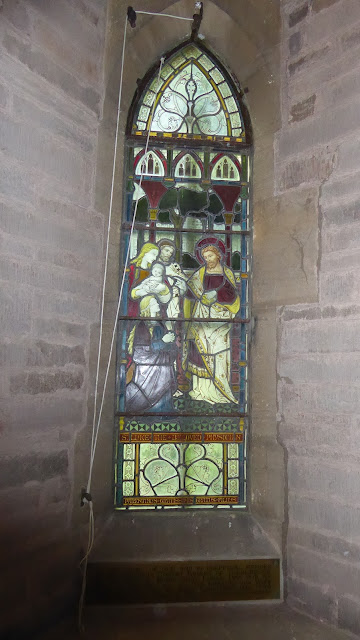 The stained glass includes works by Clayton & Bell (1872).  Each of the windows had brass memorial plates dedicated to the Raikes family who lived at Treberfydd Manor house, a short walk away. 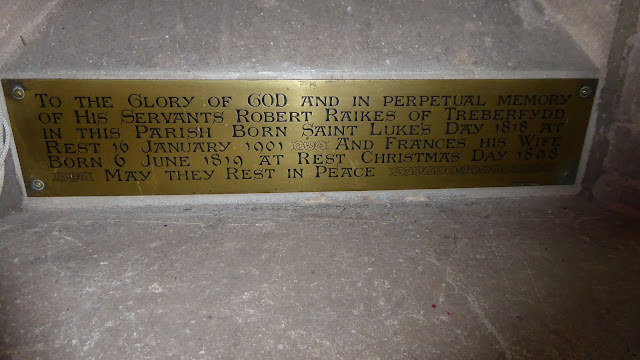 The Treberfydd Estate was purchased in the 1840s by Robert Raikes, who was a Tracterian (I had to look it up too!) and according to Coflein, the building features an almost complete Tracterian interior, designed by J LPearson (who was also responsible for the beautiful school next door). 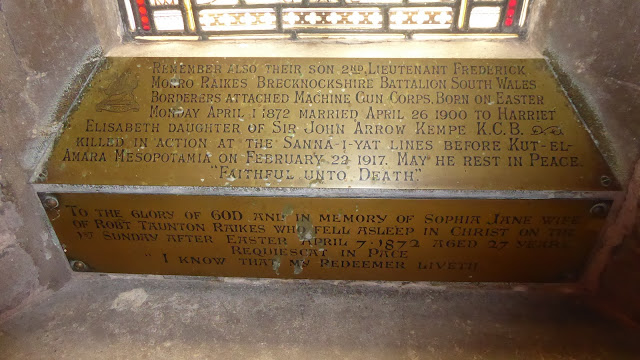 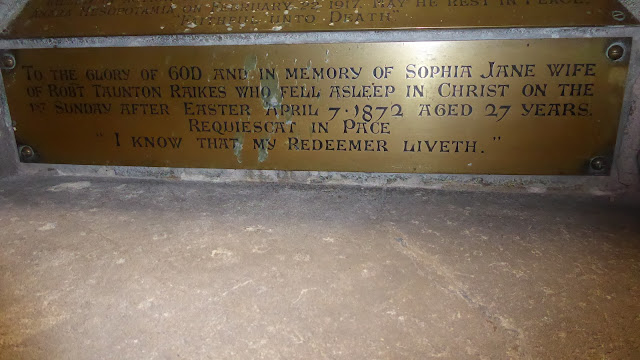 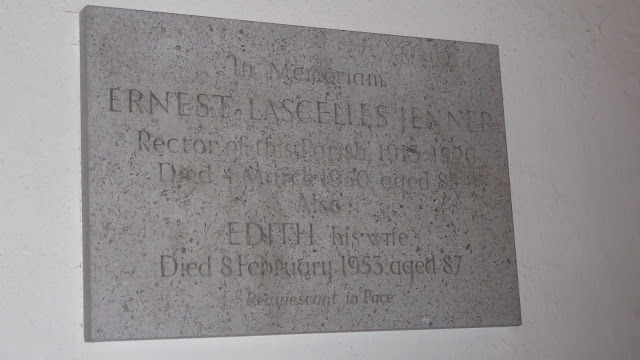 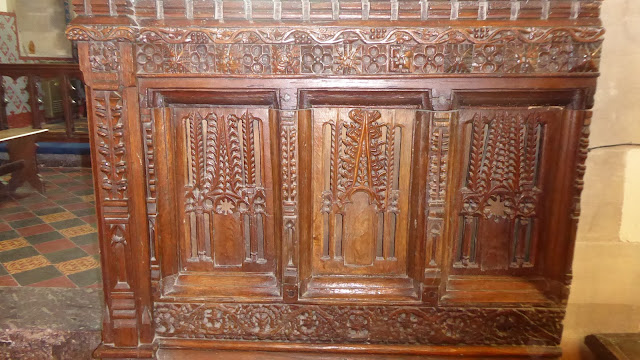 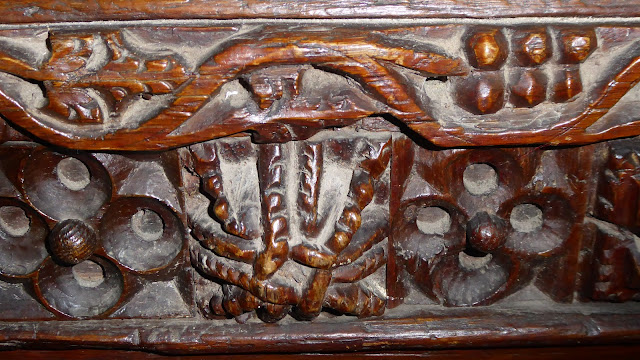 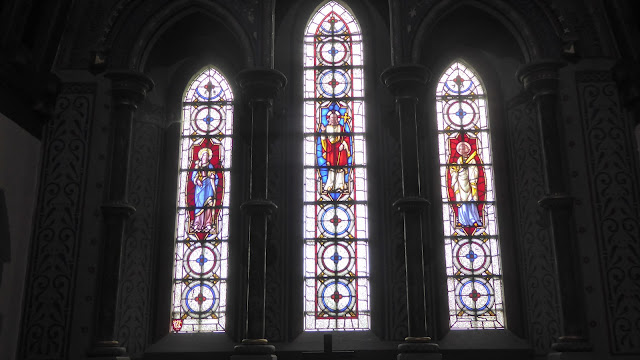 The windows are figures set in grisaille (black line on colourless glass). 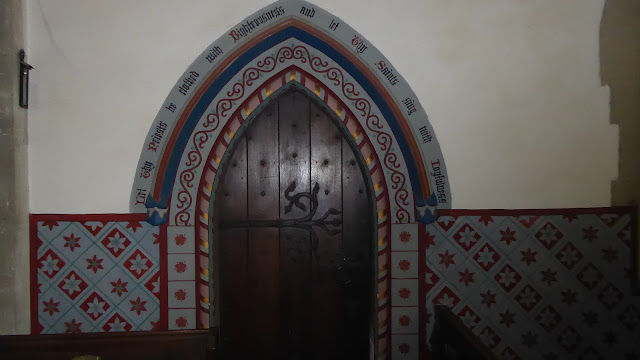 The stencilling and painted ceiling were beautiful, and there were decalogues painted alongside the chancel arch. 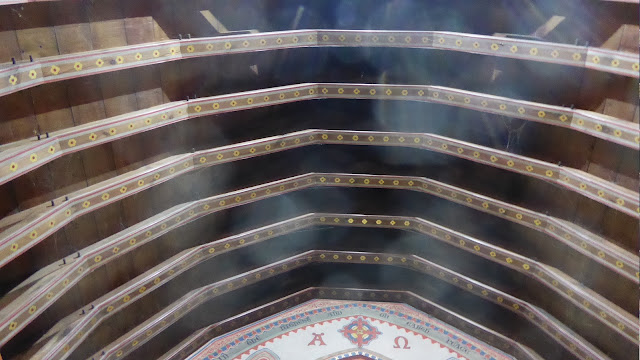 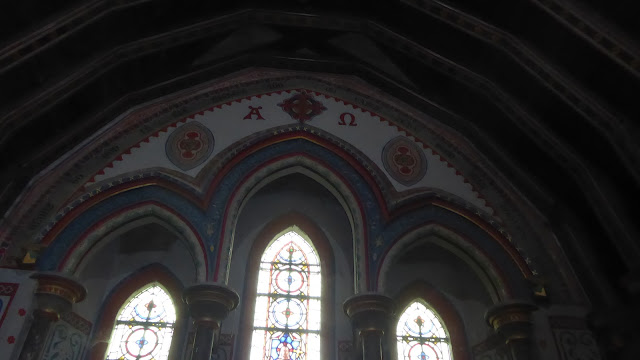 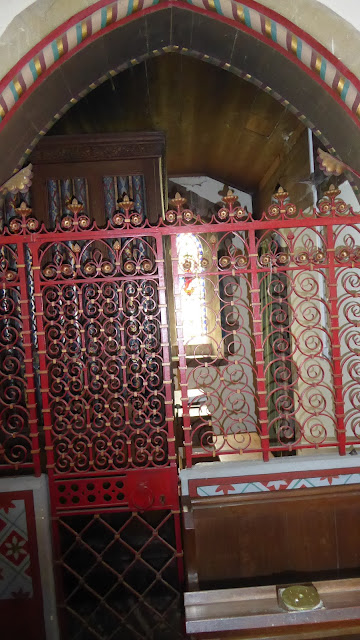 Such attention to detail - beautiful wrought iron spirals and hearts. 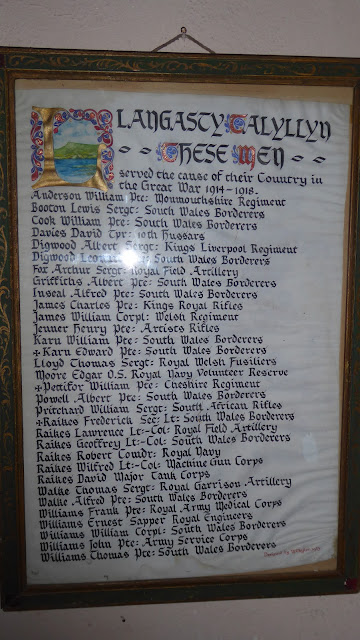 As you can see, the Raikes family were well represented in the Military, and apart from those in the Army, other members were very high up in the Admiralty.  The family had mining interests in Africa, and a few years back there was a clearance sale after one of the family members had died, and we bought a few pieces (ceramics and currency bracelet) from the auction. 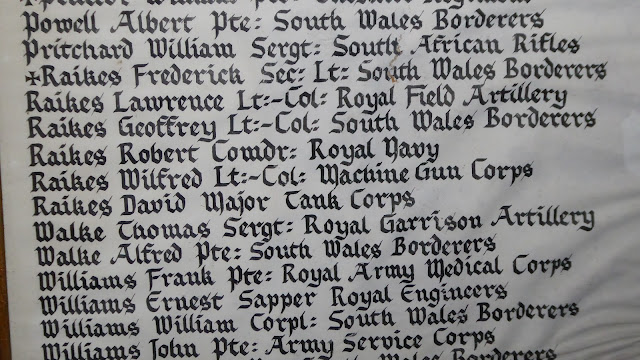 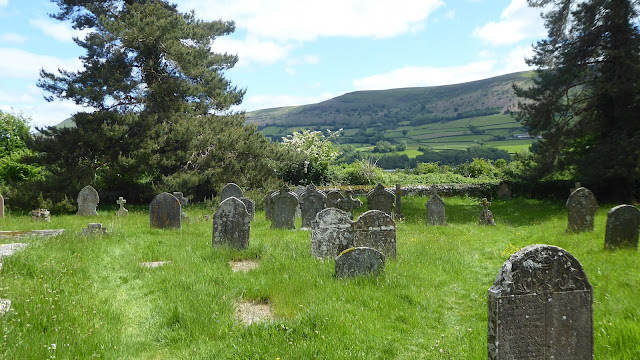 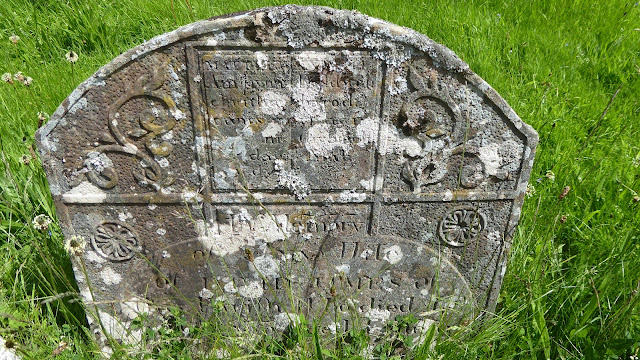 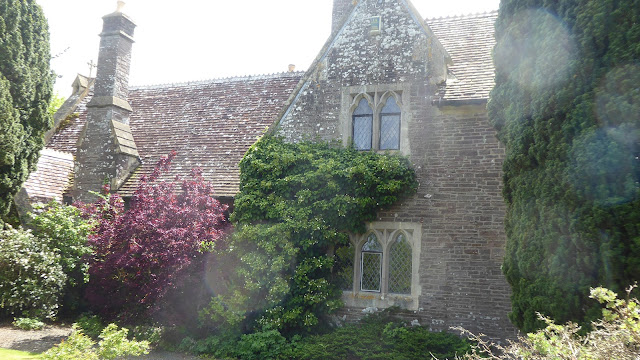 The beautiful school.  Now used as accommodation by the family.
Have a lovely Jubilee weekend.  We are keeping a low profile and watching the racing.
Posted by Bovey Belle at 23:29