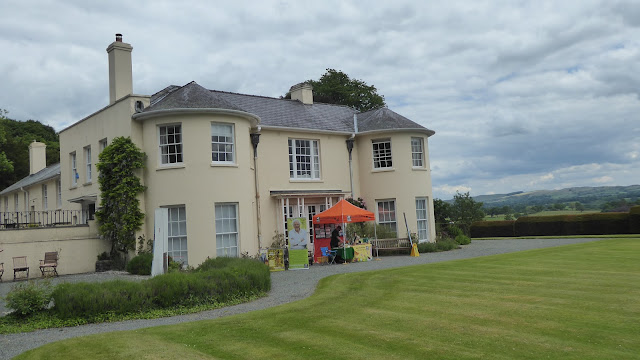 Llysdinam House is about 8 miles from us here and I  have long admired it up on its bluff, as we've driven past.  It is set in 20 acres of beautiful gardens and has been owned by the Venables family (now Venables Llewellyn) for over 180 years.  In fact, Lady Delia Dillwyn-Venables-Llewelyn (1910 - 2006) was a great influence upon the romantic and naturalistic style of the present gardens.  She gardened until shortly before her death at 96.

Ragged-Robin, I know your ears will have pricked up at the words Llysdinam and Venables and yes, there is a strong Kilvert connection here.  He was staying here in August 1873, when the Venables* family went  to Garth Flower Show, Dog Show, Poultry Show, Bqazaaar and Athletic Sports (mustn't miss any out) and Kilvert took himself off to visit Llanleonfel church (there is a post about it when I visited earlier this year).  (*The Rev. Richard Lister Venables was the Vicar of Clyro, so effectively Kilvert's boss).

In September 1874, he wrote:  "Went to Llysdinam.  I never had a lovelier journey up the lovely valley of the Wye.  A tender beautiful haze veiled the distant hills and woods with a gauze of blue and silver and pearl.  It was a dream of intoxicating beauty.  I saw all the old familiar sights, the broad river reach at Boughrood flashing round the great curve in the sunlight over its hundred steps and rock ledges, the luxuriant woods which fringe the gleaming river lit up here and there by the golden flame of a solitary ash, the castled rock-towers and battlements and bastions of the Rocks of Aberedw, the famous rocky wooded gorge through the depths of which the narrow mountain stream of the Edw rushed foaming to its Aber to meet the Wye, the house of Pant Shoni gleaming white through the apple-laden orchard trees, the green Castle Mount, Llanvareth Church half hidden by its great dark yew, the sudden bend of the river below Builth, the Yrfon mouth above the little ancient town, and last but not least the grey-towered house of Llysdinam sitting on its green sunny hill backed by dark woods, and looking towards the river and mountains of the South."

His description of the beautiful Wye valley, which we regularly drive on our way to Hay or Brecon, sums it up perfectly.  We are fortunate indeed.  The house of Pont-Shoni (Sioni now) which he mentions is the one Tam and I went to an Open Garden Day at last year. 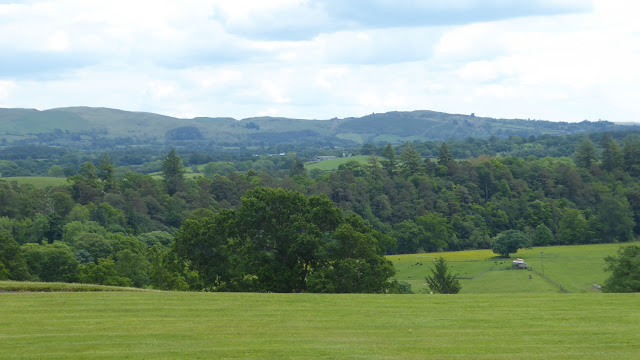 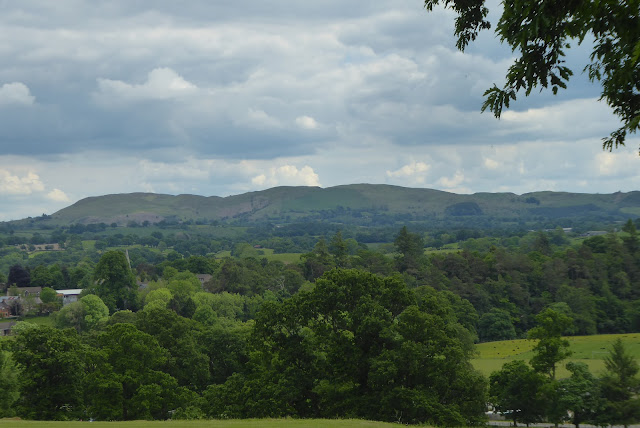 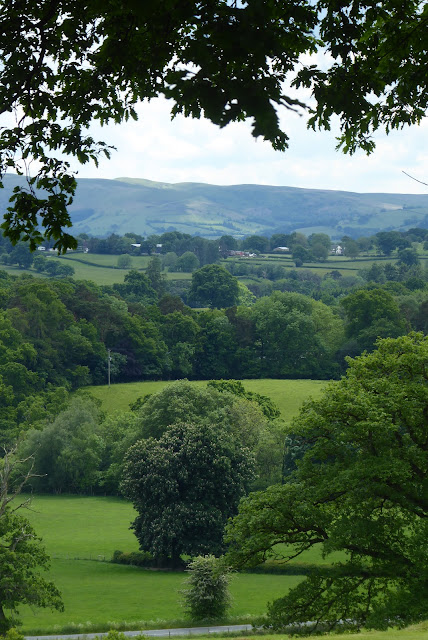 Bits of Newbridge-on-Wye peep through the trees.  Builth is 6 miles in this direction. 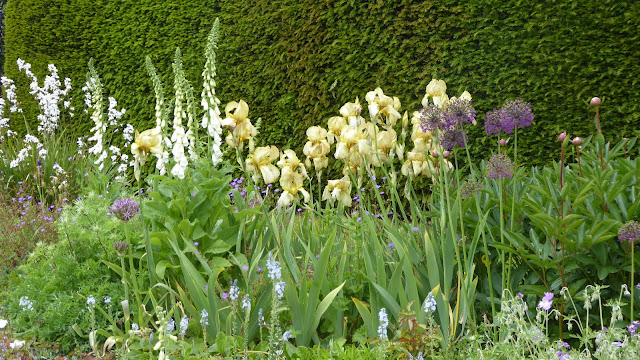 A tremendous long herbaceous border which reminded me of the ones at Powis Castle. 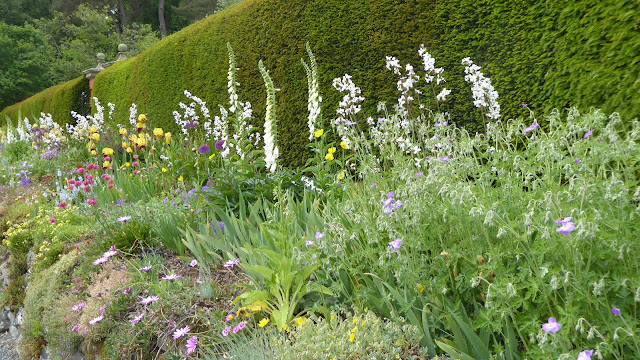 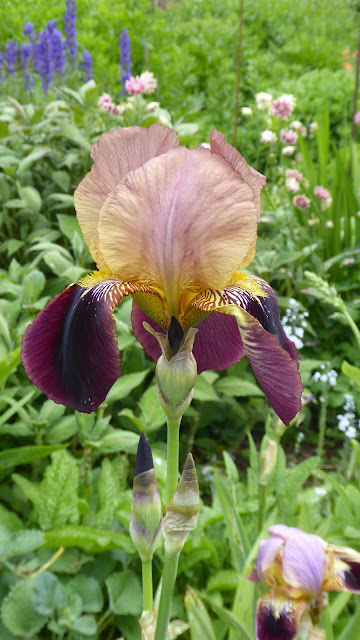 Especially for Sharon (Morning's Minion) as she loves Irises. 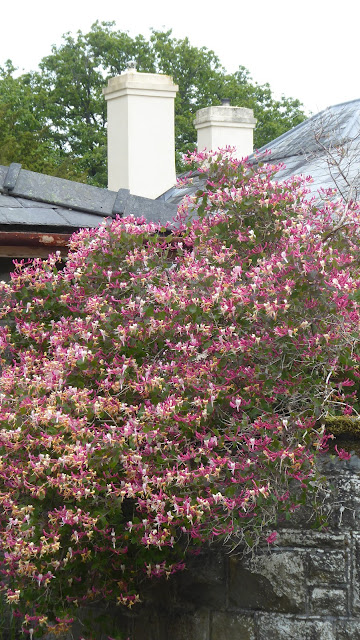 A splendid Honeysuckle hugs a warm wall in a corner of the walled garden. 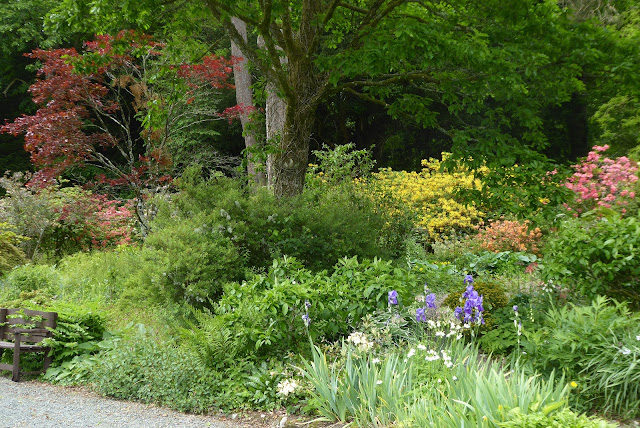 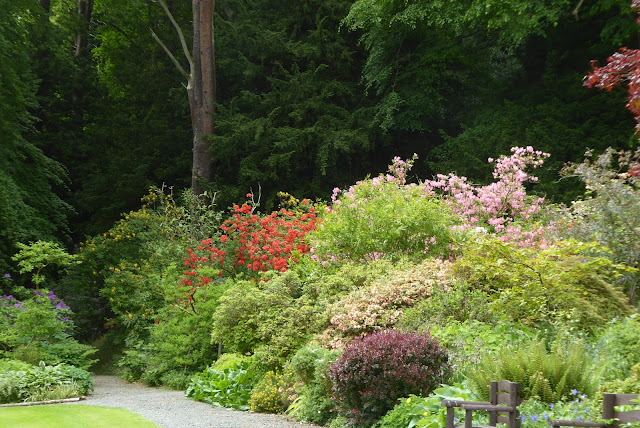 There were woodland walks too but I went straight to plant sales!  Unfortunately they had had a Big Plant Sale only the previous week (didn't know about that one) and so the choice was not as good as it might have been.  Next year . . . 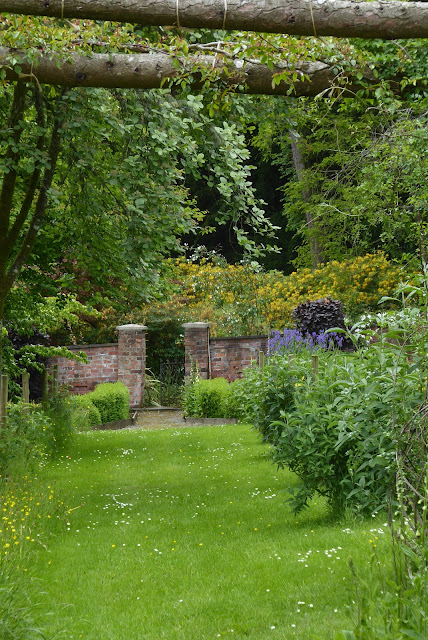 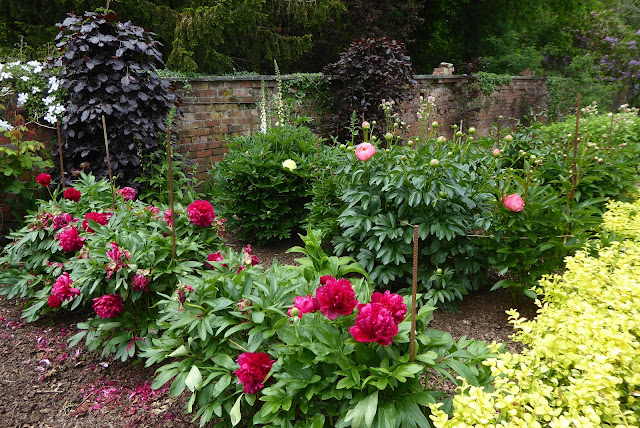 Lots of beautiful Paeonies too - there was a yellow one at the back. 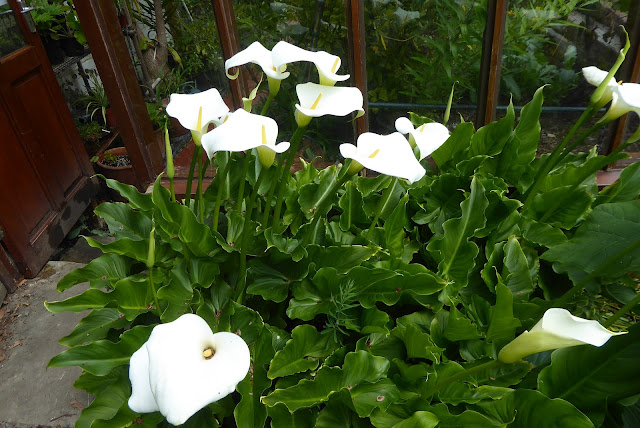 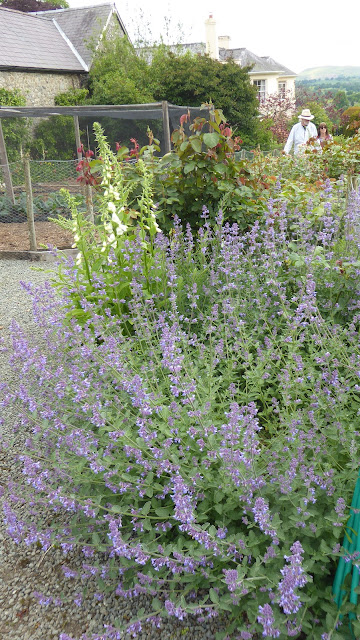 Bet they don't have cats - this is Nepeta (Cat nip).  I have mine in a planter, in the hope of deterring the cats, but it has been rolled on and enjoyed and is only an inch or so high yet! 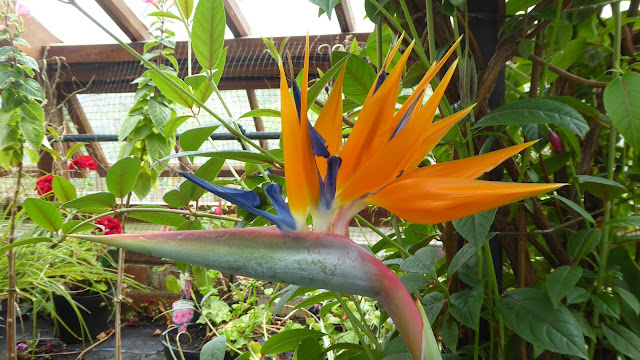 Exotics in the heated greenhouses. 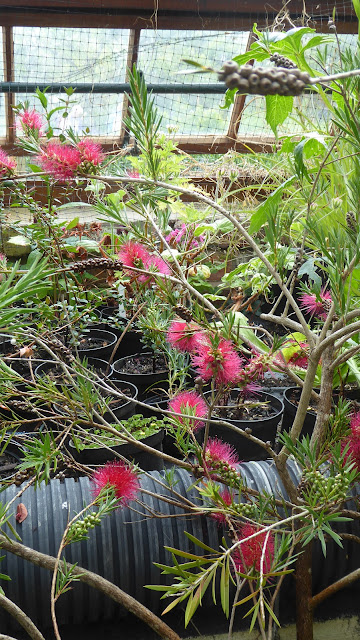 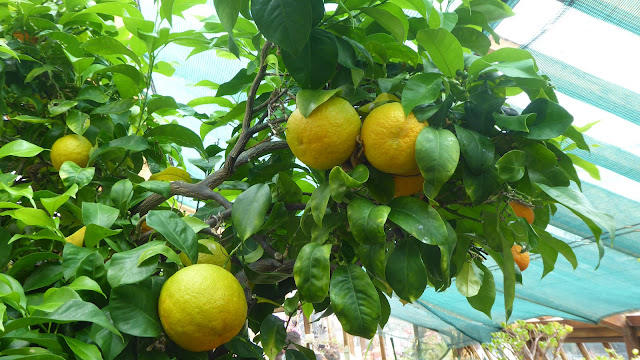 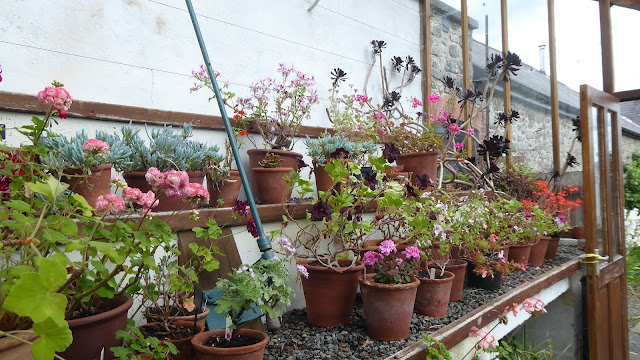 Lots of Pelargoniums.  I was envious of the selection, but am gradually adding to mine here (which are planted in the borders).  I bought one at Llysdinam - Geranium magnificum, which has been planted in the Lavender bed. 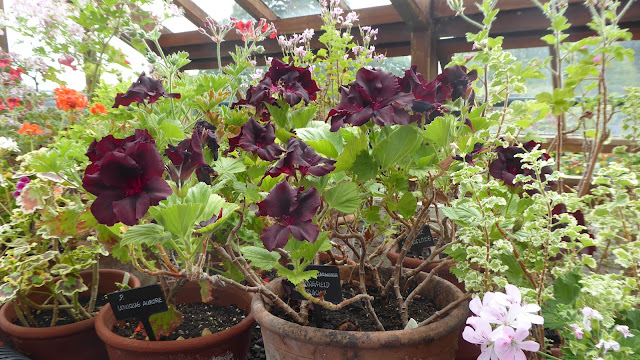 Regal Pelargonium "Springfield Black".  I would love one (but they aren't cheap!) 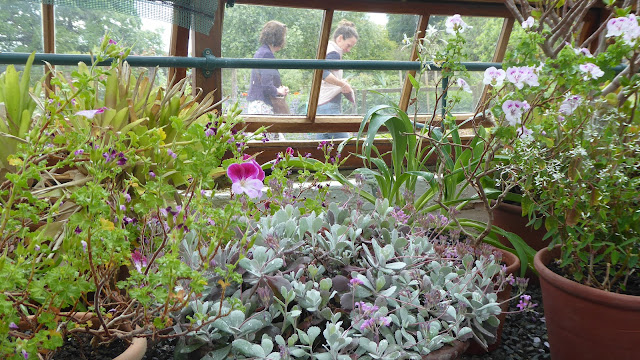 The long heated greenhouse had a huge fig tree, grape vines, and lots of things a bit on the tender side.  It was lovely in there.  I have greenhouse envy!
I wasn't there too long, but it made a nice break and I really enjoyed the Kilvert connection, imagining him sitting in the shade of a tree with a book, or strolling and talking, or playing croquet.
Posted by Bovey Belle at 00:41