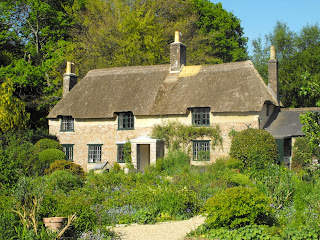 On the 2nd June 1840, ThomasHardy was born in the family cottage that his great-grandfather had built in 1800. This area was then an isolated one on the edge of what Hardy called "Egdon Heath" and abutting the edge of Thorncombe Woods. In his novels, Hardy referred to Bockhampton as Tollamore. He died at Max Gate, the house he designed and had built for himself close to Dorchester, on 11th January 1928. 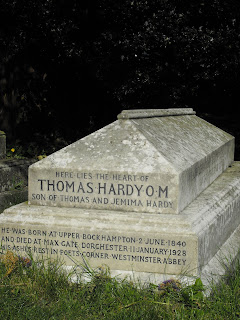 Despite seemingly disenchanted with his first wife Emma, whom he married in 1874, he was distraught following her death in 1912, and asked that he be buried with her in Stinsford churchyard, a wish that was carried out, his heart being buried there and his other earthly remains grace Poets' Corner in Westinster Abbey. (Although there is a rumour that the cat was found to have dined on his heart and it was actually replaced by a.n.other! I wonder . . .) 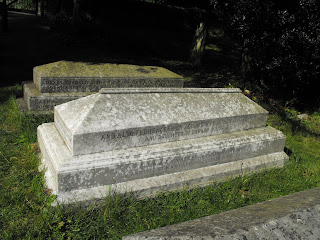 "His pall-bearers were J.M. Barrie, George Bernard Shaw, John Galsworthy, Rudyard Kipling, A.E. Houseman, Stanley Baldwin and Ramsay MacDonald. (when Hardy died T.E. Lawrence was unable to be one of his pall-bearers as he was then in Karachi.)" (From Stinsford Church history.) 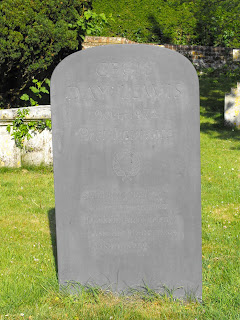 This is the gravestone of poet Cecil Day-Lewis (1904 - 1972), who greatly admired Hardy, and who requested that he be buried as close to Hardy's grave as possible. 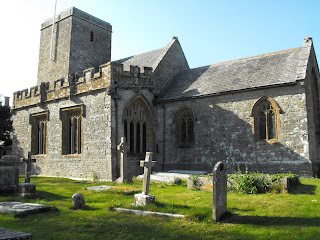 Stinsford Church was called "Mellstock" in Hardy's novels. Here his grandfather and his father played the viol and viola (Violin and Cello) in the Music Gallery - which has recently been restored, and I cannot imagine why I didn't take a photo of it! 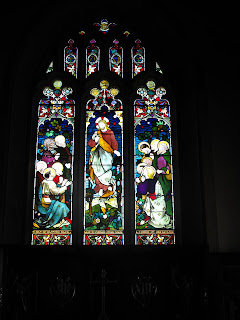 Inside the church, a beautiful stained glass window which Hardy would have known well. 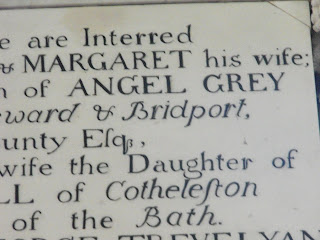 Well, I am sure I am not alone in believing that this plaque on the wall inside Stinsford Church was the inspiration for the naming of Angel Clare in "Tess of the D'Urbervilles". 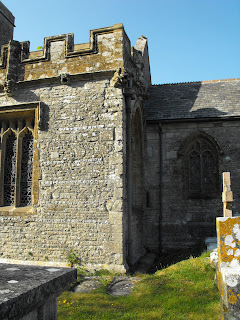 This gargoyle on the corner of the back wall of the church would disgorge itself onto the tombstone at the foot of the wall. I wonder if this was the inspiration behind Hardy's use of it in "Far From the Madding Crowd" where he includes this Gothic gargoyle spouting water onto the grave of poor Fanny Robin's burial at Weatherbury Church (in reality, St Mary's Church, Puddletown). 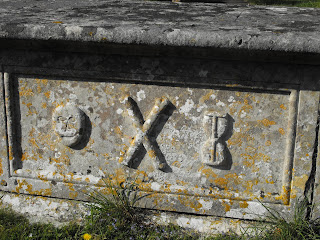 On the way out of the churchyard, I noticed this wonderful tomb with its grinning skull, cross-bones and hourglass to remind those still living of their own mortality: that their time on this earth is slowing running out and to prepare themselves for the hereafter by attending to their earthly morals and behaviour. I neglected to check on the date of the burial but I would say this was probably late 18th C. I have a feeling that I have read somewhere that sometimes this design showed links with Freemasonry.
Posted by Bovey Belle at 03:08