One of the first things I made were some felt biscuits (as you do!!!) having been inspired by the cover picture on Mollie Makes magazine a couple of months ago. I thought they looked fun, and they are delightful to sew. I thought the Jammy Dodgers were a bit too big from the pattern given, compared with the other biscuits, but they looked good all the same. The felt was all taken from a selection of felt squares I had already, some of which came from a wonderful £2 auction box a couple of years ago. I am sure its original owner would be delighted to know I am still using her craft things. 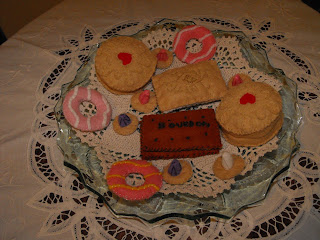 The pretty pressed glass plate they're displayed on was £1 from the car boot sale. It's the sort of green glass I collect myself, but it was just right for what I had in mind as part of G's Christmas present . . . I happened to have the crochet doily amongst my collection of such things . . . as was the tablecloth beneath in the photos. 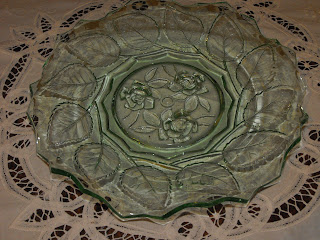 G had been saying that her bedroom was very bland and she wanted some colour in it, so I decided on turquoise as a colour theme, and bought some ready-made pillowcases from a certain well-known supermarket, and put pretty edgings on (fat 1/4s from the patchwork shop). Not as well-done as the lovely ones on Morning Minion's blog - I shall add that extra border another time - bu she was pleased with them all the same. 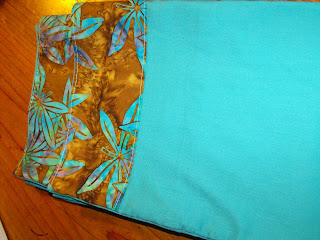 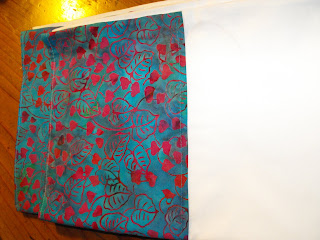 Then I did the same for her sister. 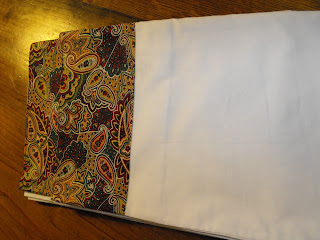 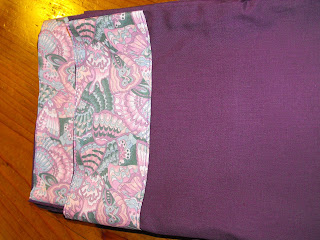 The scarf is a very simple pattern called Old Shale. I seemed to be knitting it forever as scarves need to be long, but it was eventually finished and G pleased with it. 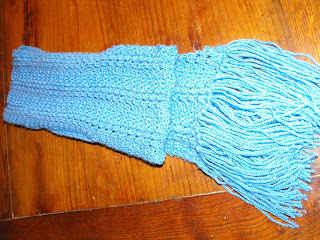 This frame was 50p at the car boot sale. The Aida material was some from a big bag of Aida fabrics from a charity shop (£1 the lot). The embroidery floss is something I use regularly and carry on adding to my skeins. The design of the House Martin and Swallow comes from a booklet of Country Diary of an Edwardian Lady designs I must have had 30 years now. I return to it still to work more of the same designs or try a new one. This was to accompany a little blue bird brooch for T, which I found on an antiques stall at Wells Market back in early Autumn. 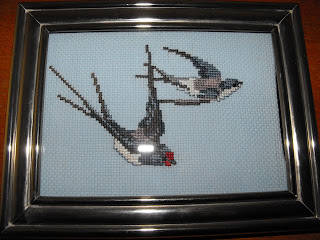 I also bought some hand towels and used fat 1/4s to give a pretty border. This one went to one of my aunts, and there was a 2nd I forgot to photograph, which had a pretty dark green and red patterned border. 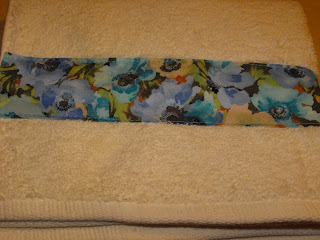 This one was more purple than puce and I had to use the ONLY design that matched for colour, and I did deliberate long and hard as it was part of a wonderful parcel of materials that Mornings Minion sent me and which is destined to become a quilt for our bed - perhaps this winter now that I have some time to spare (I hope). The photograph doesn't do the print justice as it is just the PRETTIEST design I have ever seen, with purple hollyhocks. 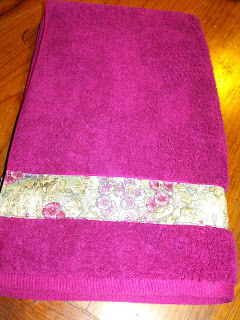 And of course, you already know about the bunting . . . 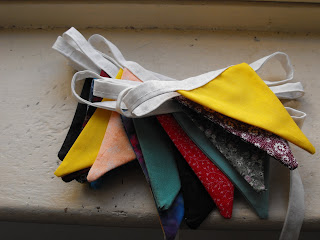 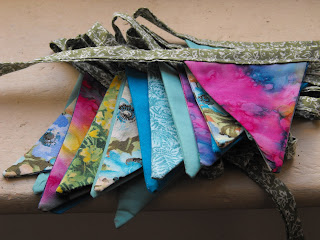