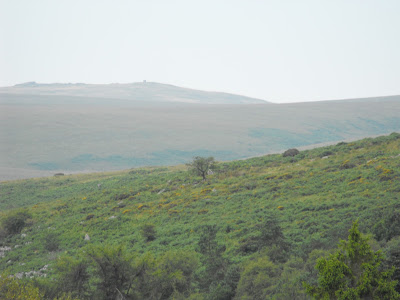 . . . then I get distracted.  I just went to check comments on my Facebook page, and then I was TOTALLY led astray by this article:

I would urge you to read all the comments too.  Significance of the number 12, and comparisons between Christianity and Pagan beliefs.  And SO MUCH MORE.  Brilliant.  By the by regarding the significance of this pagan site, in a way, but I wish someone would stop "them" STILL wanting to build over it!  How typical . . .

Then I started looking up the poison levels of Mistletoe, supposedly a spear (or arrow) which was used to kill Balder as it was the only plant which had not been mentioned (thought too insignificant)

He had a dream of his own death and his mother had the same dreams. Since dreams were usually prophetic, this depressed him, so his mother Frigg made every object on earth vow never to hurt Baldr. All objects made this vow except mistletoe. Frigg had thought it too unimportant and nonthreatening to bother asking it to make the vow (alternatively, it seemed too young to swear).
When Loki, the mischief-maker, heard of this, he made a magical spear from this plant (in some later versions, an arrow). He hurried to the place where the gods were indulging in their new pastime of hurling objects at Baldr, which would bounce off without harming him. Loki gave the spear to Baldr's brother, the blind god Höðr, who then inadvertently killed his brother with it
Then I followed this link:

And you wonder why I get no work done . . .  Thelma - you have my abject apologies as once you have read this, there's your day gone for a burton!!!