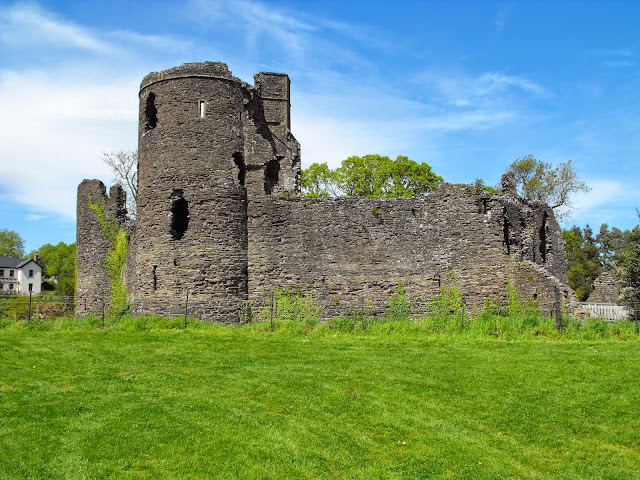 After my weekend away, I persuaded my husband that we should go to Grosmont castle, which is in the valley of the River Monnow in Monmouthshire, and about 20 mins or so by car from Monmouth, Abergavenny, and a little longer to Hereford and Ross-on-Wye.  There is wonderful walking in this area, and it's not far from Offa's Dyke Path, and part of the Three Castles Walk (more of that later). 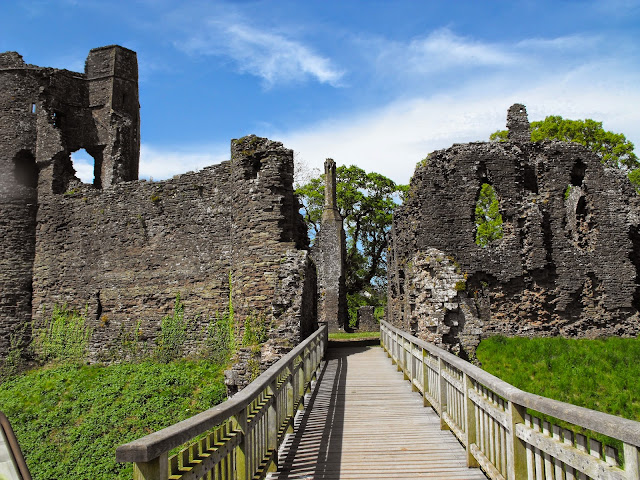 The castle remains are fairly substantial.  It was probably initially built (in wood) by Earl William Fitzx Osbern in 1070, on his campaign of invading and controlling South Wales.  However, he died the following year and his son Roger was stripped of his lands in 1075.  The powerful Marcher Lord Payn Fitz John took over in the reign of King Henry I (1100 - 1135).  Orcop Castle, of which virtually nothing remains, was linked to Grosmont and White Castle, although it is with Skenfrith that the ring of three castles controlled the area. 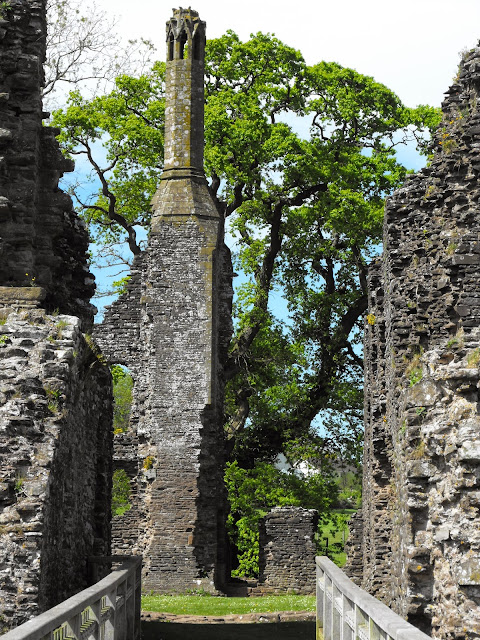 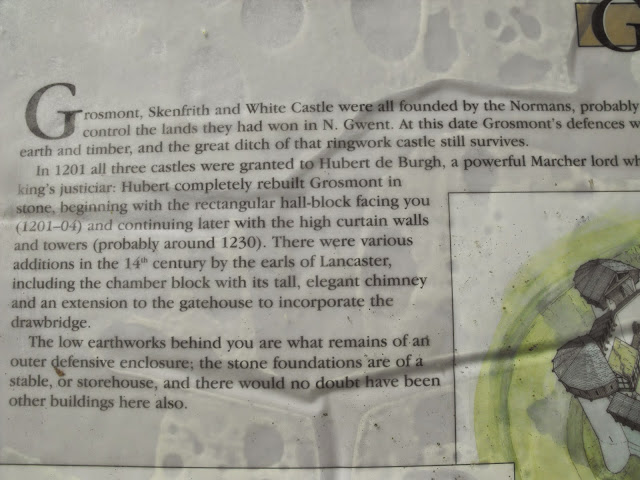 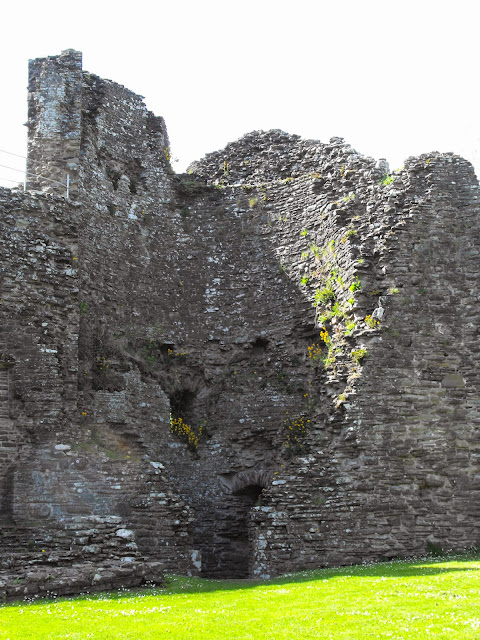 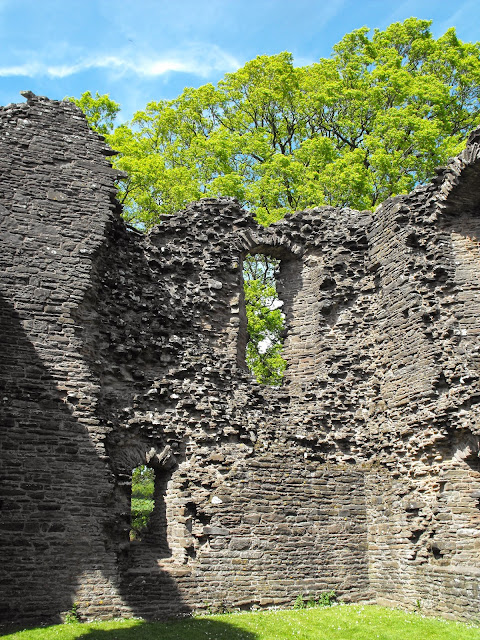 Further history about the castle can be found HERE. 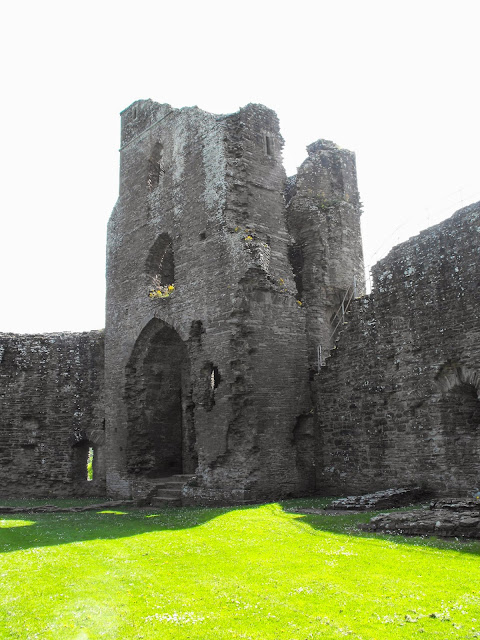 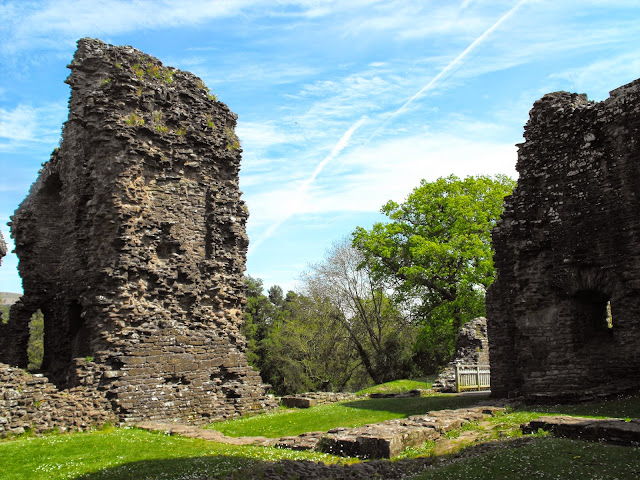 As you can see, it was powerfully constructed, and the Great Hall of Grosmont was constructed early and was the civil capital of the Lordship. 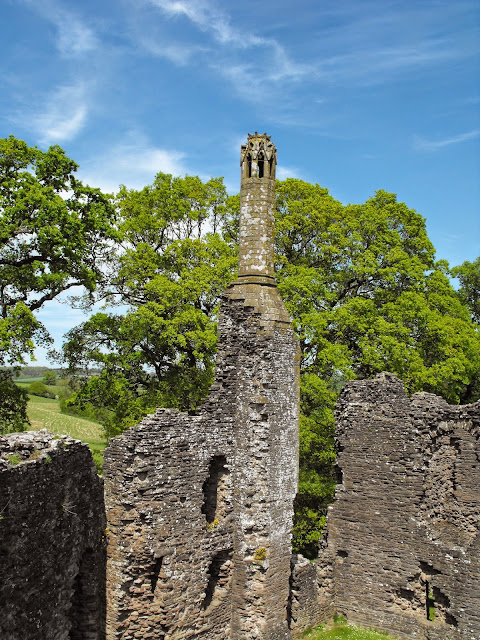 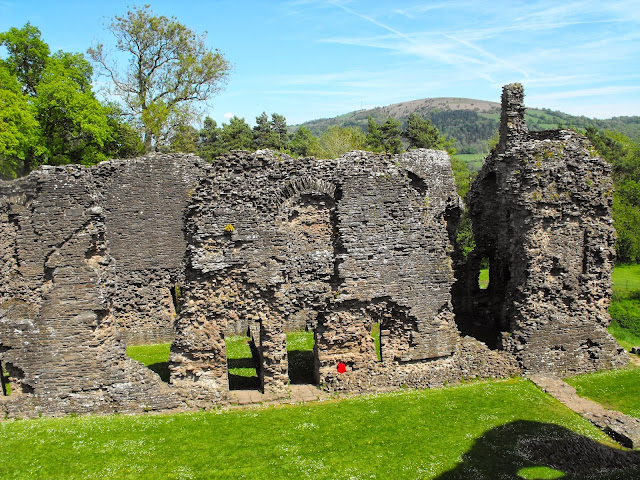 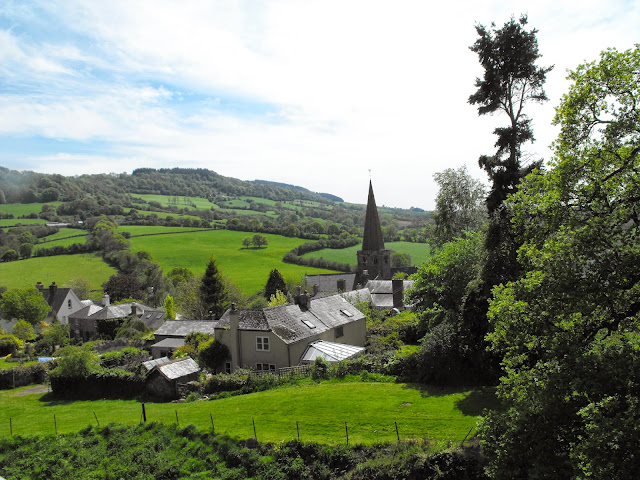 Views across the village from the castle. 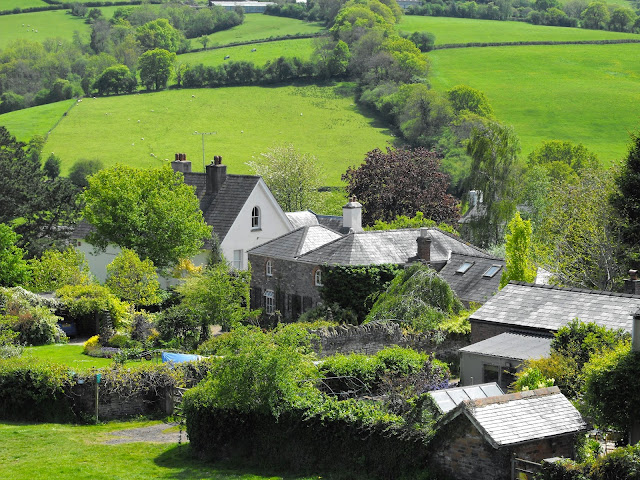 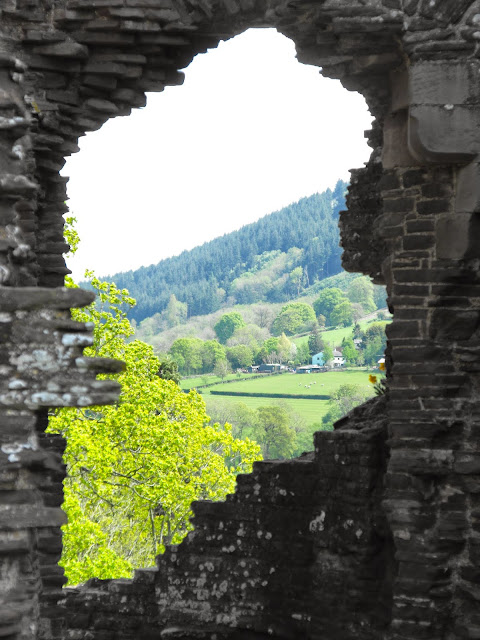 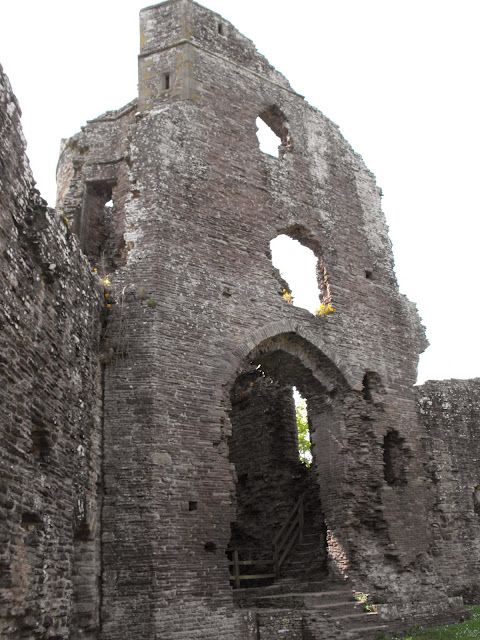 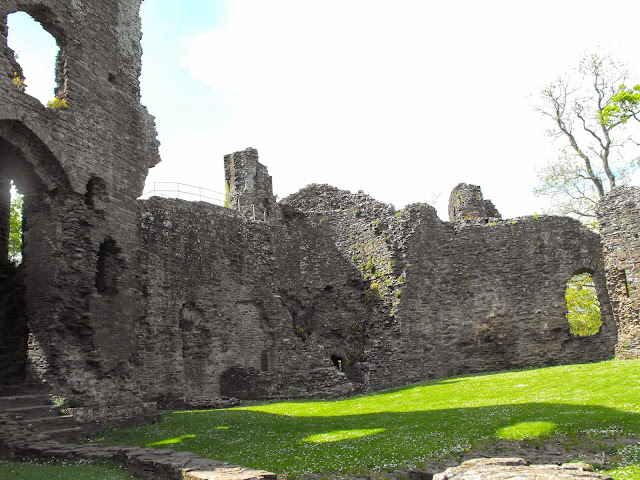 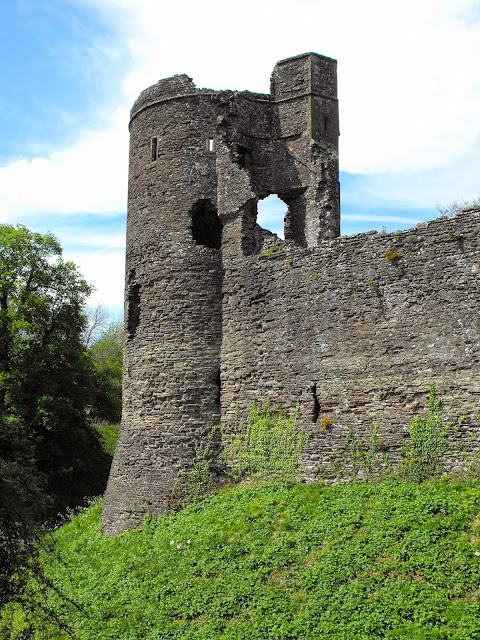 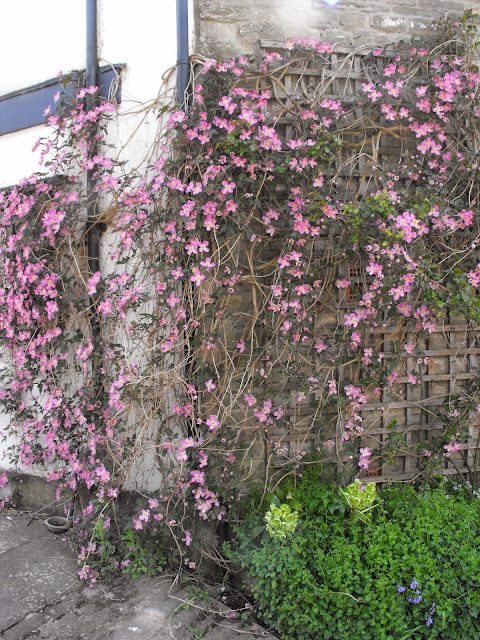 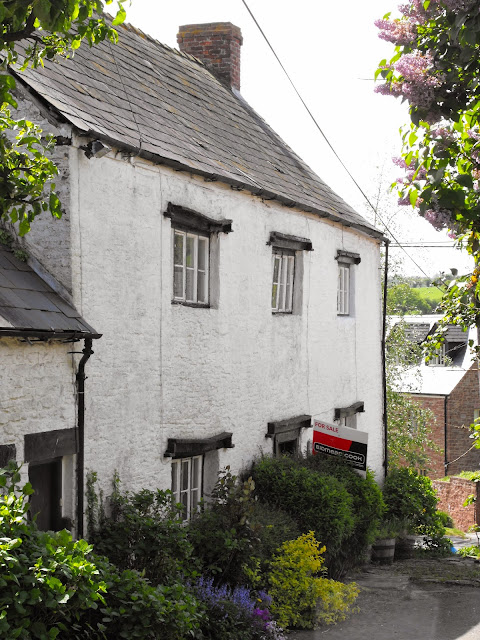 Above and below.  For sale - I noticed it on-line and wanted to check it out, though I think much needs doing to it (probably re-roofing for starters) and as this is grade II* listed, you would be in for hefty supervision and bills and Conservation Officer involvement for external works.  HERE are the listing details. 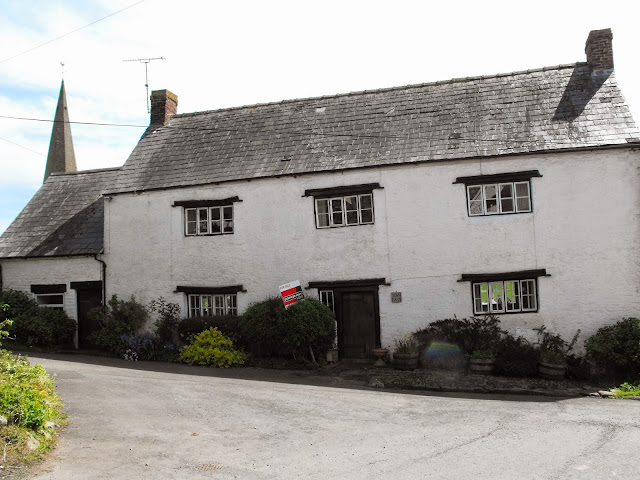 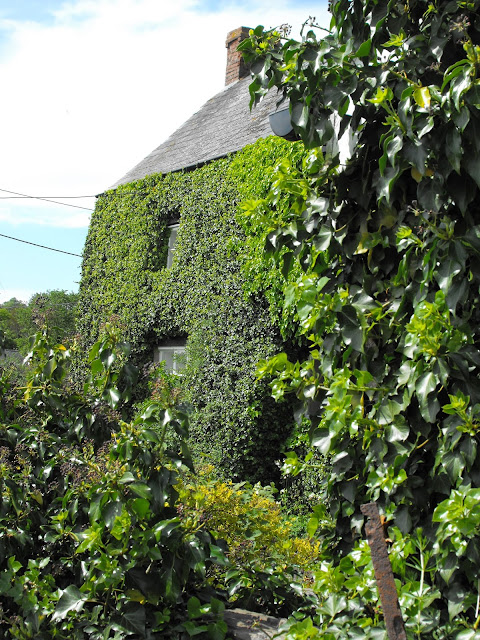 This is the back of the house.  Methinks the ivy may cover a multitude of sins!  Great for nesting birds and feeding insects though. 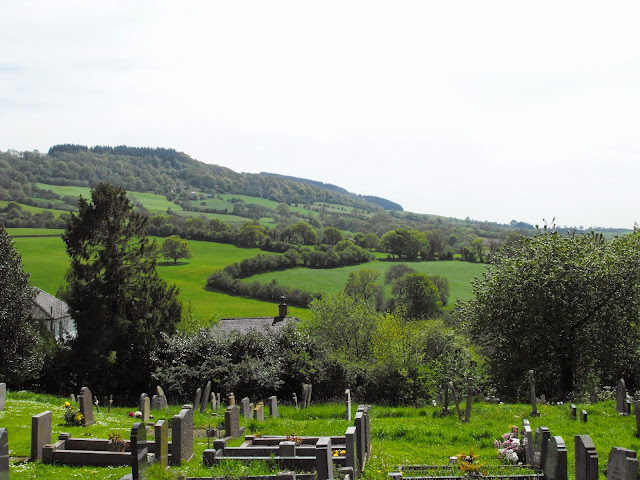 View from the house across the church graveyard.  Peaceful . . . 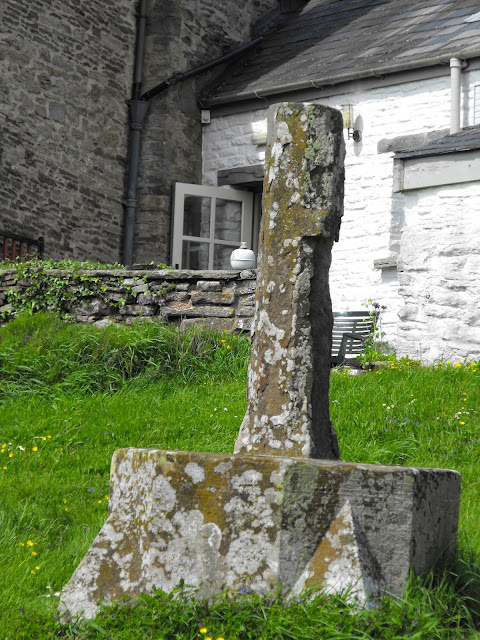 What remains of an old preaching-cross in the churchyard (base probably added later I think). 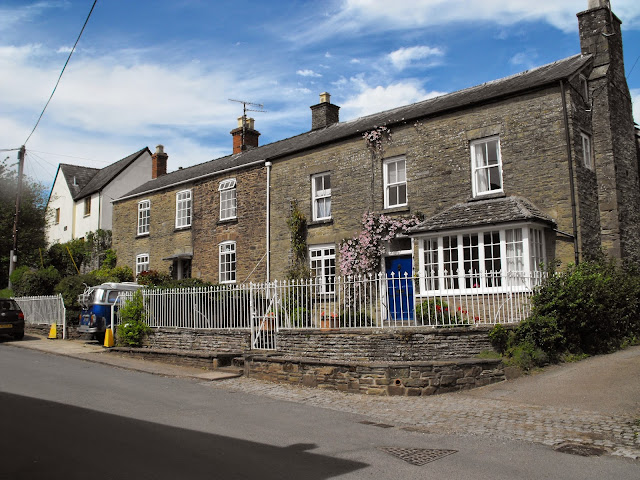 A view of houses along the main street.  It was so peaceful there and probably safe enough to lie down in the middle of the road if you were a cat! 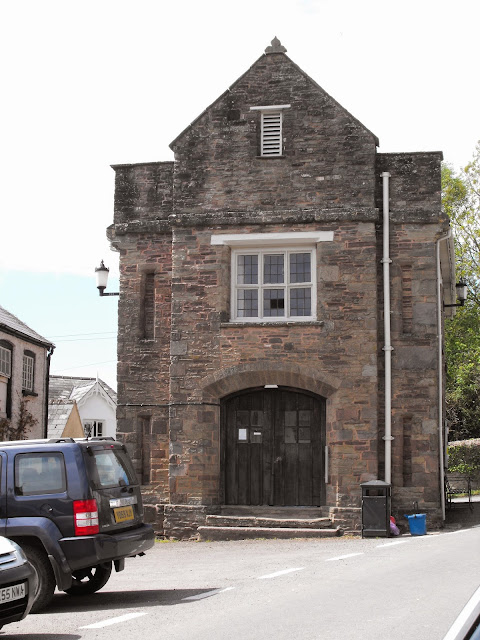 Writer Jan Morris claimed that Grosmont was the most beautiful village in Britain.  She could well be right.  This is the Town Hall.
Posted by Bovey Belle at 23:59