Hectic is the word here.  We took a "day off" yesterday to go up to Builth Wells for a wander round the Antiques Fair/Fleamarket.  We saw all the usual suspects and even parked right next door to fellow stallholders M & L! 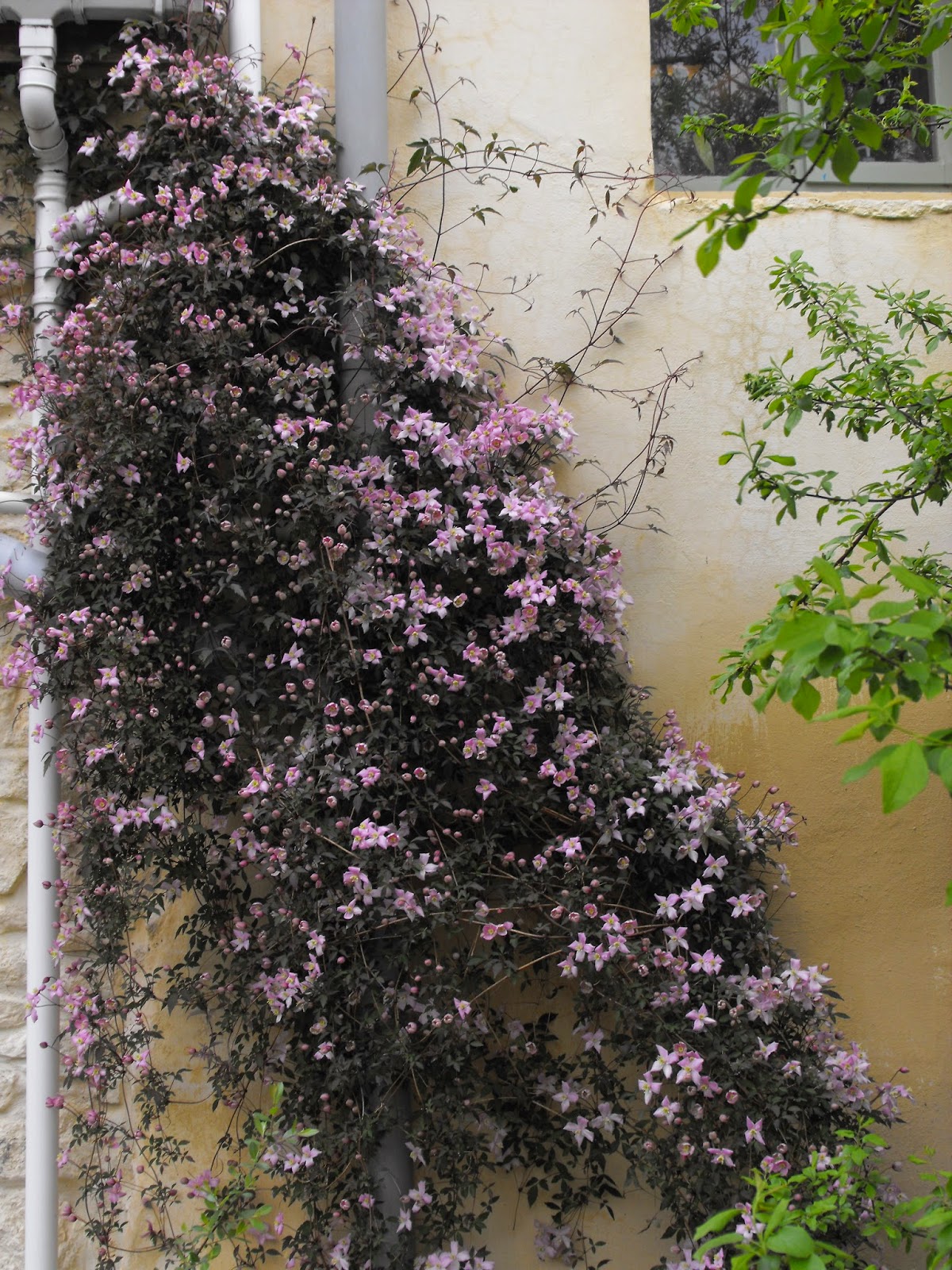 Firstly, I was talking about my Clematis Montana rubens not being in flower yet.  Well, last night's heavy rain changed that and here she is, just starting to take off . . . 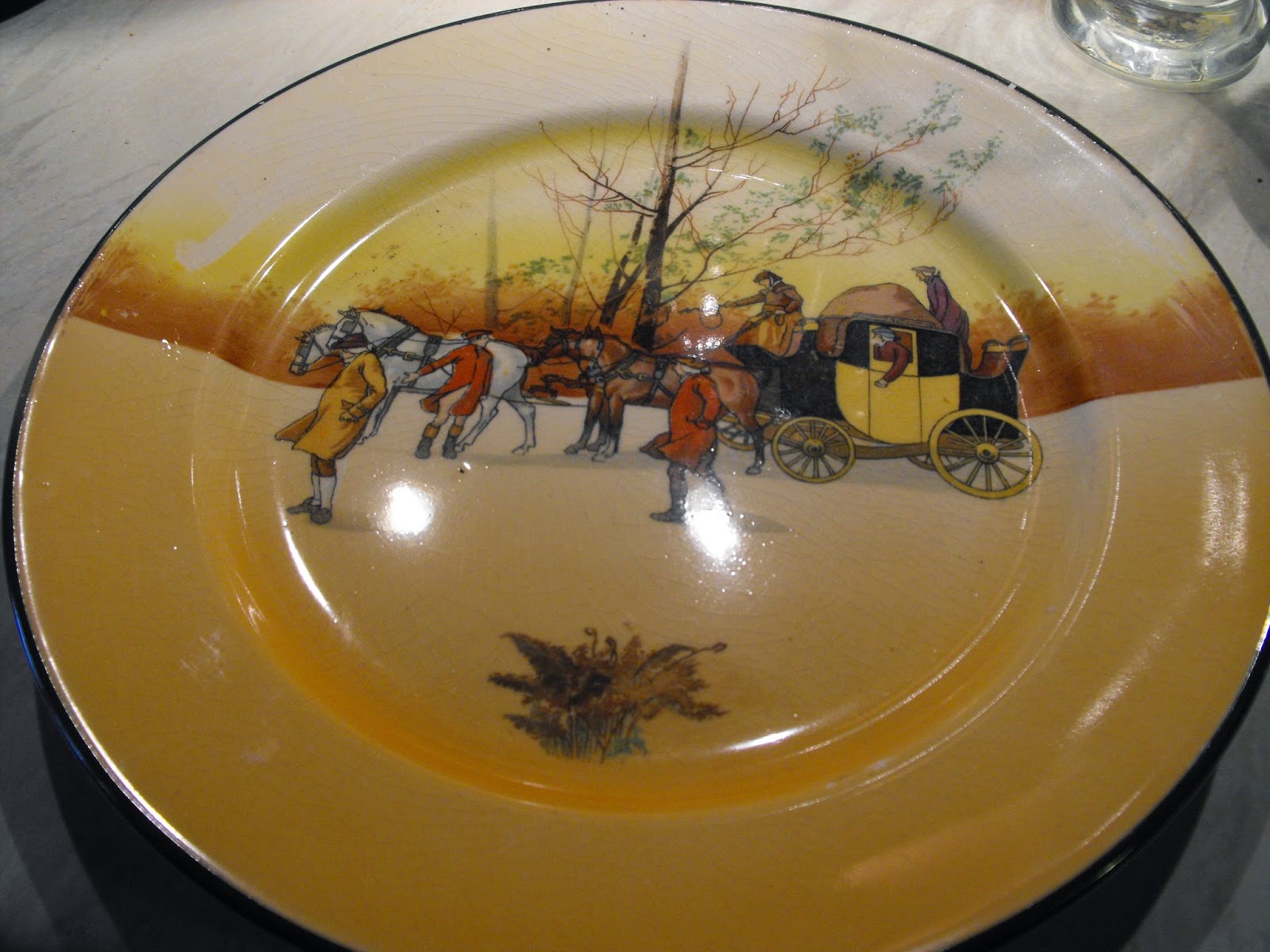 A couple of little indulgences - this a joint one as we love Doulton plates.  We collect coaching scenes and at just £2, it would have been foolish not to bring this one home to put on the dresser with a couple of others. 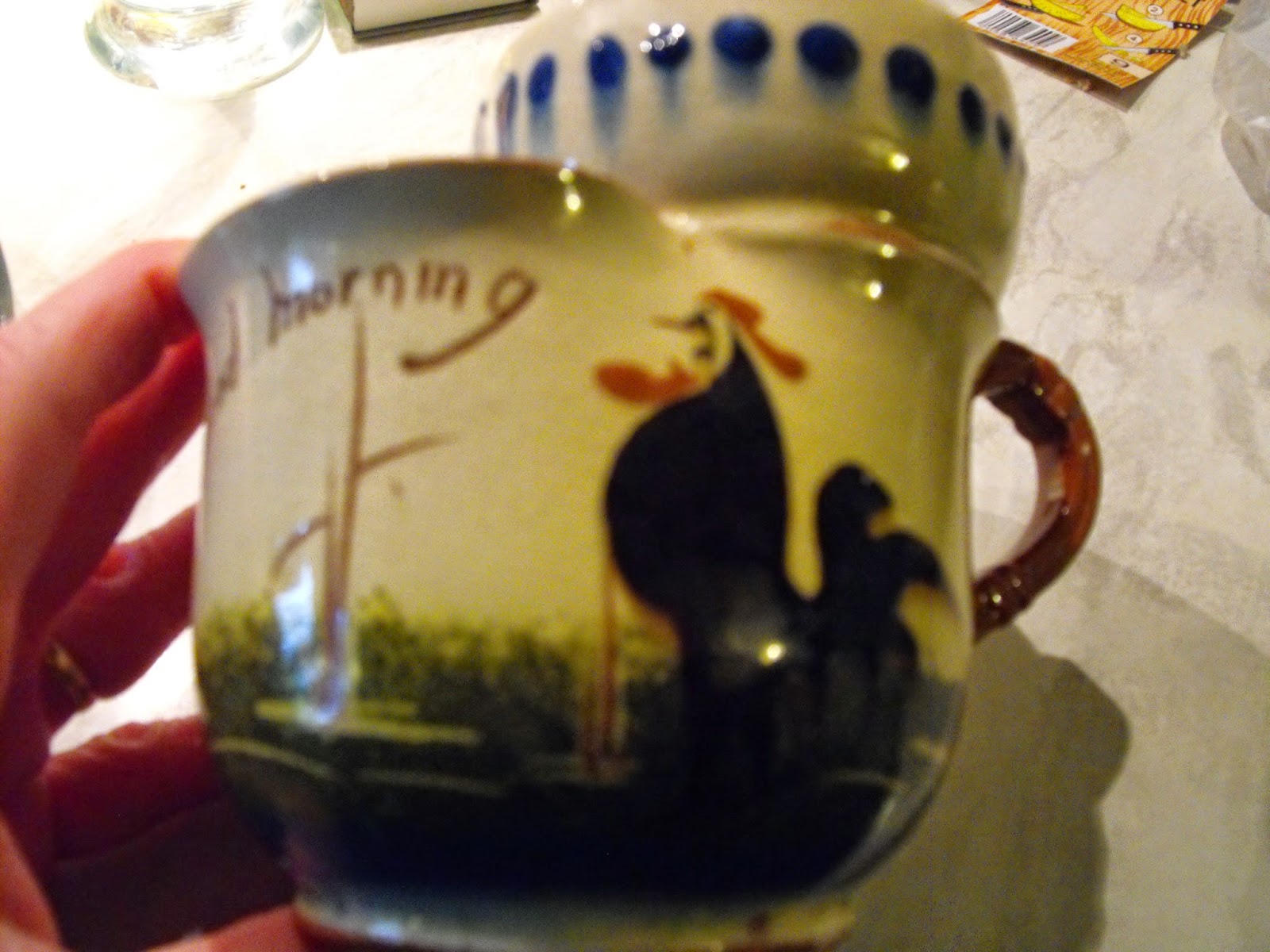 Above and below: I bought just one piece of Torquay pottery - this rather splendid shaving mug. 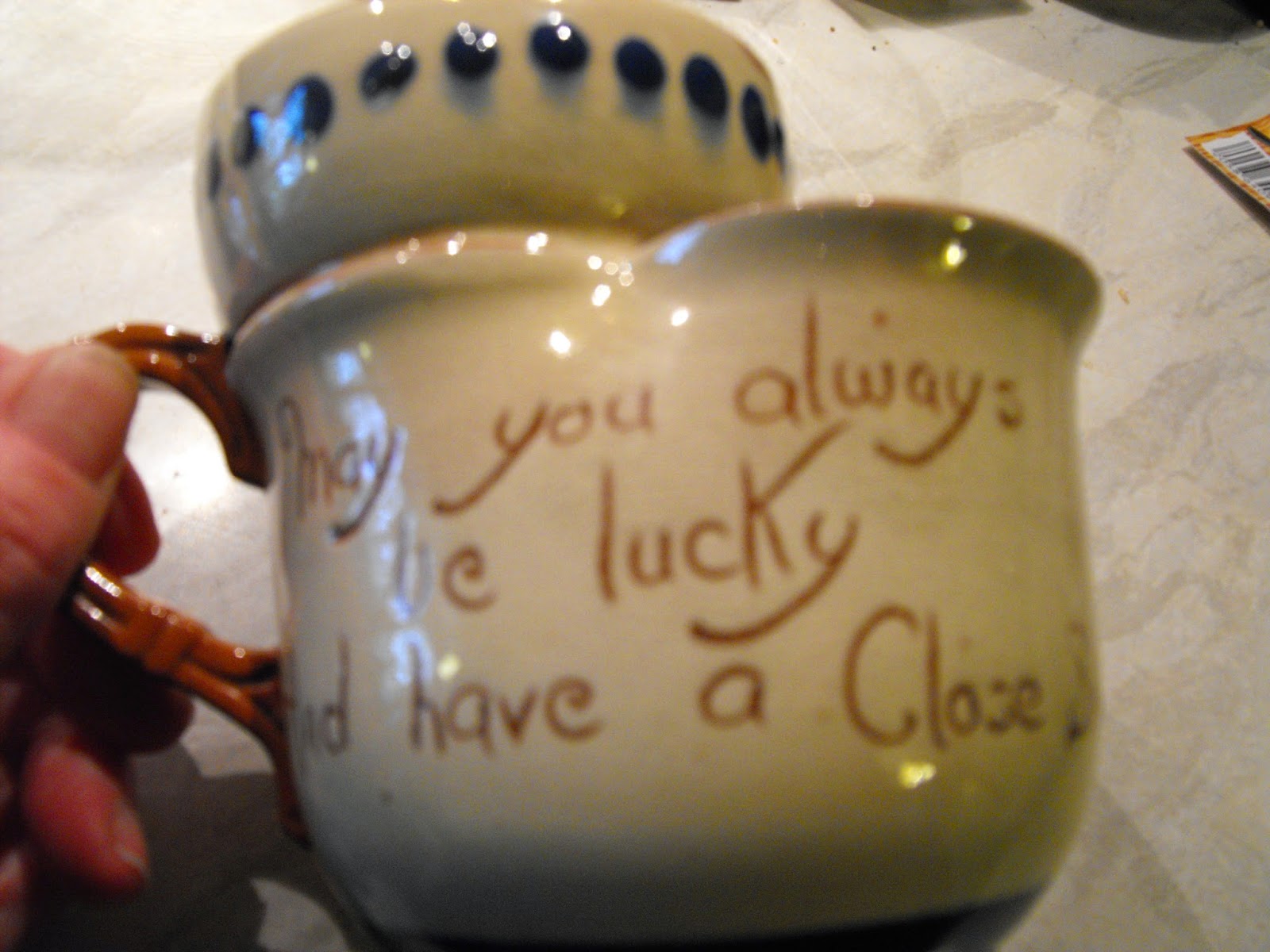 I also bought a rather splendid bowl in a style that Eldest Daughter would love, so I had better now show a photo of that in case she comes on here . . . 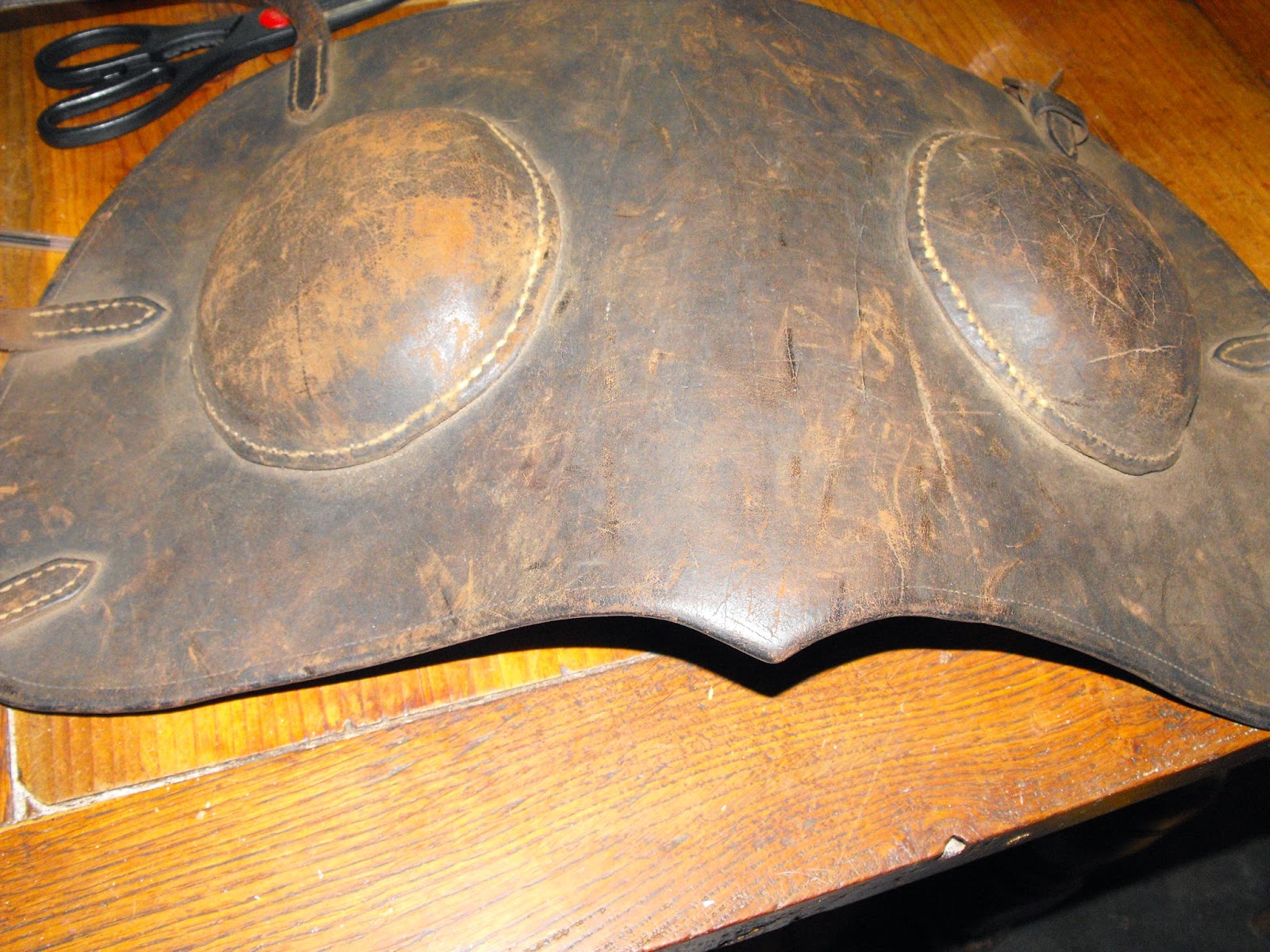 Above and below, what we laughingly call "Madonna's trainer bra" for obvious reasons!!  As far as we know it was worn by a pit pony down the mines.  A trader friend told me that all pit ponies were blind so they didn't need to see and this would have protected their eyes . . .  Well, since regulations forbid the use of blind ponies underground, that doesn't wash (it is a popular myth - and an incorrect one - that all pit ponies went blind from working in the dark underground.)  I said that they were given holidays if the pit closed, but he wouldn't believe me!  Here is a piece written by a former pit worker in Durham:

In the summer when the pit was on holiday for two weeks the ponies would be brought to the surface for their holidays. It was great to see them enjoying themselves in the fields, jumping and running and throwing their heads about and having a good time in the fresh air and in the sunlight.


My hunch is that it is a mask used on more nervous ponies or ones which hadn't had the experience before - of being lowered down shafts to the deeper mine workings.  Old drawings show ponies in a French mine being bundled up in supporting harness with hay or straw stuffed beneath the belly bands, and they were lowered down shafts bottom-first.  Perhaps the old hands didn't bat an eyelid after a while, but I should imagine this sort of mask would calm a pony the first few times it underwent this experience. From  the 20th C onwards I am assuming that they went down in the same cages the miners used to reach these lower levels.

Anyway, I can't think of any other reason for fitting a leather blind like this.  Suggestions welcome. 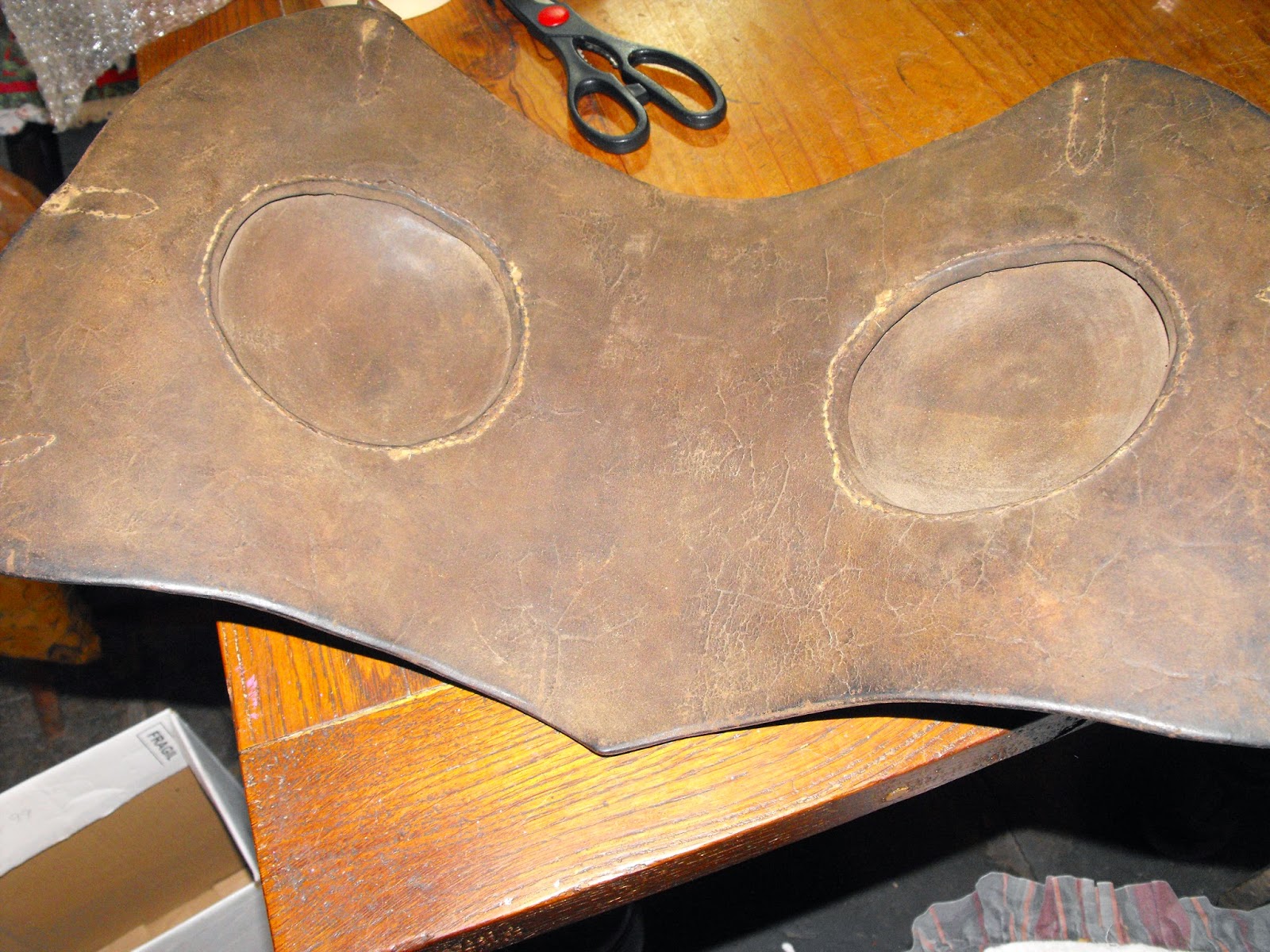