The Great Garden Challenge - getting rid of garden Thugs 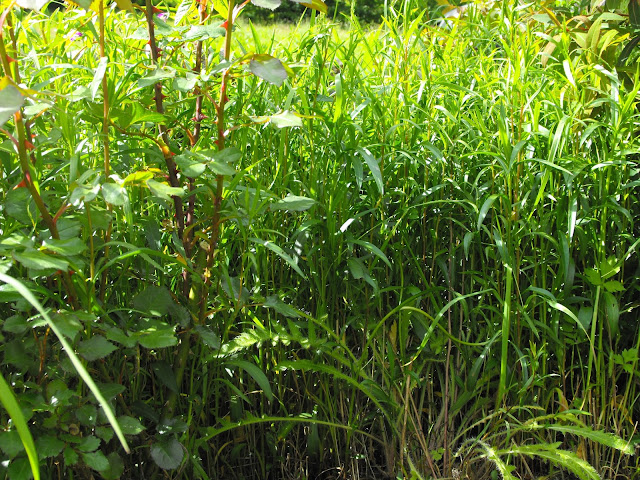 There's a rose in there - poor Graham Thomas completely overwhelmed by Achillea Ptarmica "The Pearl" which I foolishly bought a pot of at Leeds castle about 30 years ago and brought with me from Dorset.  Mistake!  The poor poppy is equally overgrown, and other plants which I have taken out and cleaned around and through, and replanted now. 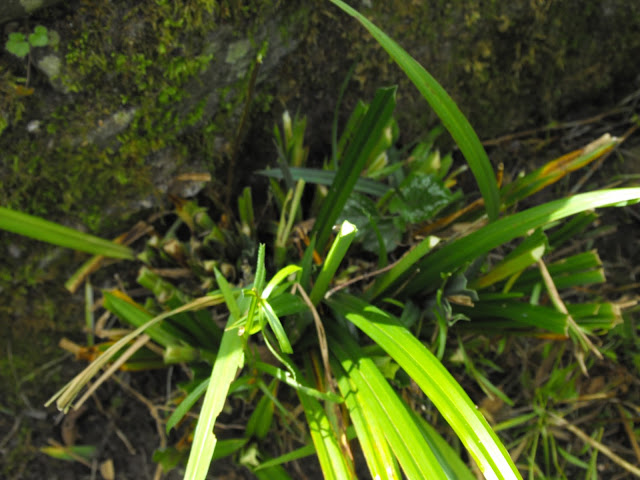 A friend gave me a bit of this thug which is a Rush with a Pendiculata type name.  It needed THIS to get it out: 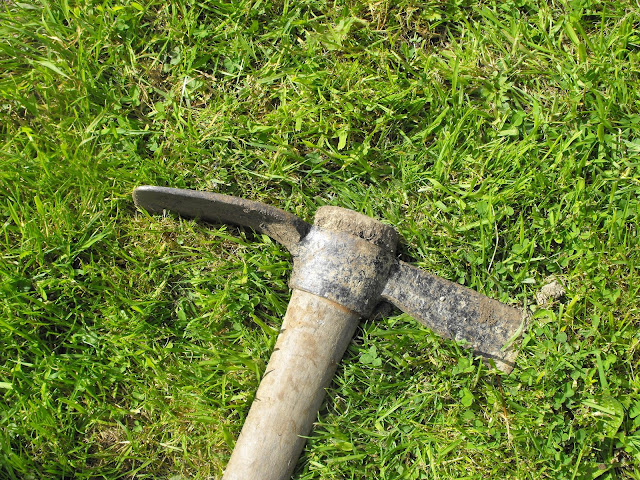 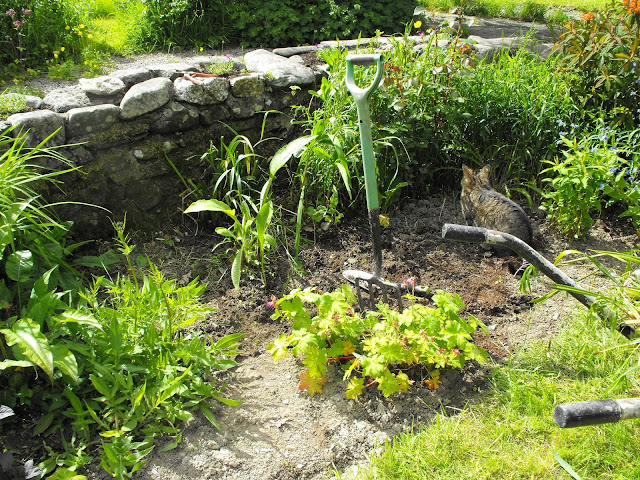 Progress - and Ghenghis keeping an eye on me to see I worked hard enough.  Originally the Thugs went all the way across to the left - there was NO space whatsoever.  I had cleared them right back not that long ago, and made some fresh plantings which have since been swallowed up.  I made the decision, they had to be eradicated.  Totally. 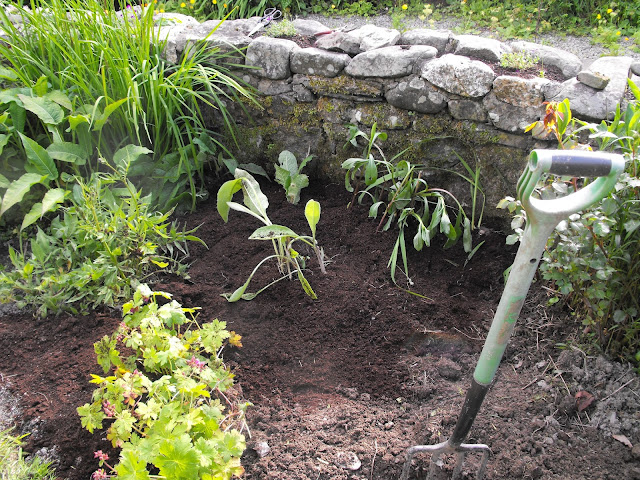 Stuff replanted that came out to have every bit of thug root removed - those are big white Shasta daisies at the back and Elecampane in front of them. 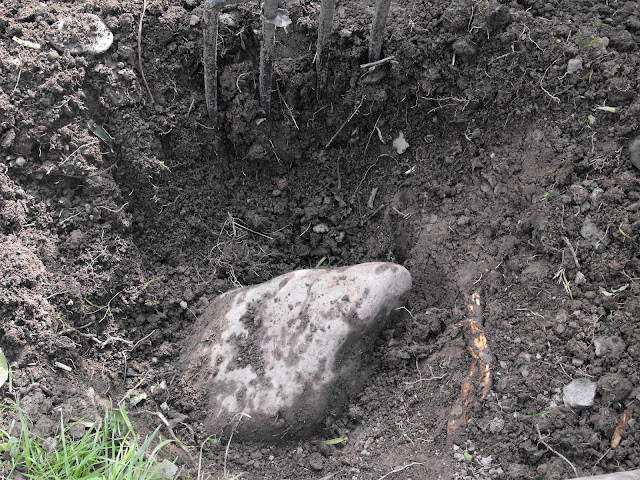 Another job for the mattock - this quite substantial stone refused to budge so I am waiting until I have energy again tomorrow! 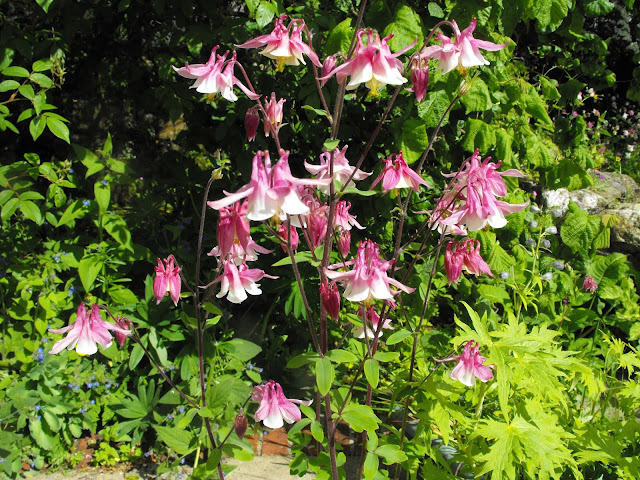 Sorry for the boring pictures today, but I wanted to show I am making SOME progress out there.  Tomorrow lots of Aquilegia pictures to brighten up the page.
Posted by Bovey Belle at 12:10