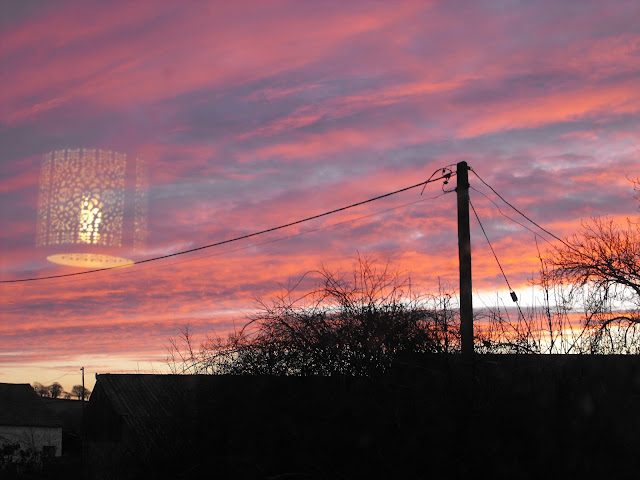 This image just about sums up my state of mind at the moment - e.g., brain not in residence.  In future I should remember that windows give reflections . . .  In my defence, it was jolly cold outside, I've had very little sleep lately, and I just grabbed my camera without thinking and pressed click. . .

The reason for the empty head is because we had an early start on Sunday for a Fair, and a middle of the night start the following day, as we had been messaged by our travelling son to say that he was on a plane home on Monday, and could we pick him up at Heathrow?  Well, affirmative of course, but it meant setting the alarm for 3 a.m. and driving for 3 hours in pitch blackness, which I HATE! before there was any glimmer of daylight. There was a surprising amount of traffic about too, which meant dipped headlights all the time so extra concentration was necessary, especially our end of the M4 where the road markings were faint (or invisible) and the cat's eyes seem to have been replaced by a cat with its eyes SHUT.

Anyway, he is safely home now and we have surprised both his sisters and a good few of his friends.  He had a wonderful time but isn't done with travelling yet and intends to explore more of Europe, go to Iceland, back to Thailand and Cambodia, and also Vietnam, and is hoping for a two year visa for Canada. 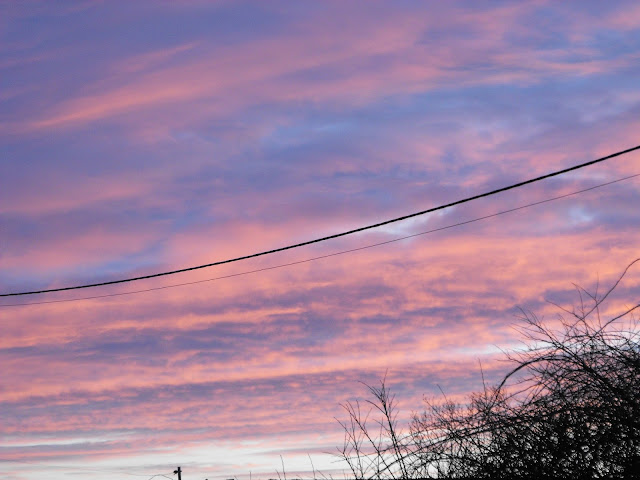 Meanwhile, eldest daughter T is back with her boyfriend, and happy again.  I shall see her next when she comes down for my birthday in April.  Middle daughter G is back with her long term boyfriend too, has bought a car with him, and has some fresh career options to consider, so she's happy too.

We have another Antiques Fair next weekend, and today my OH hung some painted wooden Victorian heraldic shields which have Aberystwyth written in chalk on the reverse, and we think represent ancient Welsh families as the heraldic devices are VERY obscure.  It is interesting researching them though.  We got them last weekend from a fellow trader.  I will put more detailed photos up tomorrow.  There are two small metal ones too. 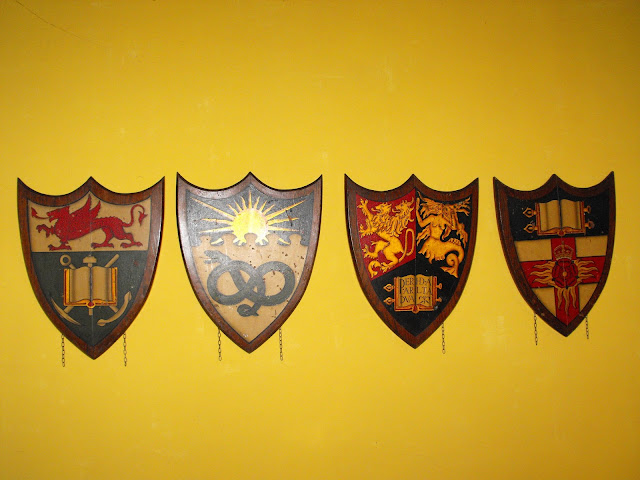 Still reading The Serpent Papers, and just started on The Book Thief.  Aida and missing embroidery colours bought for my friend's x-stitch picture gift, and 100 plastic floss spools ordered on Fleabay (from China, where cheapest and from a company with good feedback).  So I'm slowly getting getting organized.

I have been doing some brain improving tests on line today, and have a couple of booklets which were free with the Weekend Telegraph.  I am useless at the ones with figures, so am sticking to the word-orientated sort.  However, I can announce I trained my memory to remember the first 10 items of the Periodic Table today.  Go me!
Posted by Bovey Belle at 10:57