Today in the garden

It's been a lovely day in the garden and I have been out there quite a bit.  I waited until the shadow fell on the new border I am creating, and dug another length which is being planted with the plants from Hay last week and other local purchases.   I'll take a photo when I've got a bit more in it.  Ideally it needs to be wider so I can stagger the plantings.  I've got some Annuals to grow from seed, which I shall strew around out there.  It's slow, but I don't want to push my luck with the pollen, which is High now.  I shall stay indoors as much as I can when it gets to Very High.  The new stronger antihistamines seem to be working well with no obvious side-effects, so let's hope I can weather the summer (well, it's June really) without a long dose of steroids and no sleep . . .

I had to nip down into town this afternoon to buy another hosepipe.  I had visions of spending perhaps £15 or so.  Imagine my shock when I went into the local "Farmers" place (I'll spare their blushes and not name them) and a Hozelock hose, not on reel, was a few pennies under £50!!  If I wanted it on the reel, I think it was around £89 but was possibly a longer hose.  Well, both stayed in the shop, I can tell you!  I am now grateful to have been left a Hozelock hose on stand by the previous owner.

I went to our local ironmongers, Nibletts, and bought 30m of hose pipe with 5 different attachments including a marvellous spray head with half a dozen different settings.  It's brilliant.  That was under £30, more like it.  We needed to have a hose permanently in place to water the veg plot, otherwise dragging a too-short version we had through the plantings on the bank each time is going to cause mayhem. 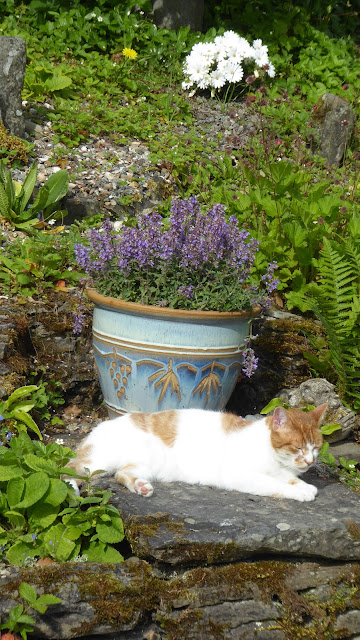 All the cats were outside sunbathing today.  Here is Alfie and judging by the broken bits on the Catnip, he had been partaking! 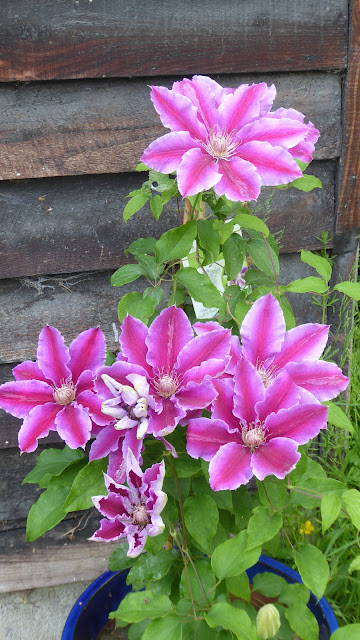 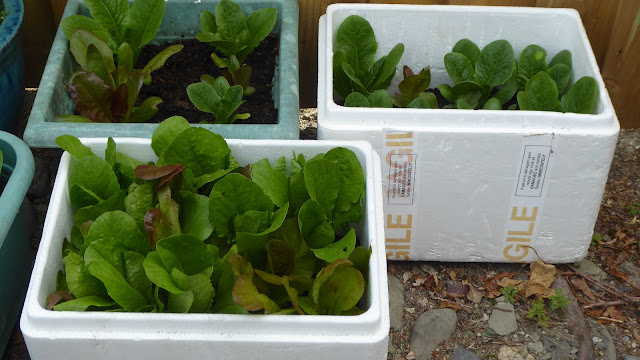 These polystyrene boxes are great for growing small salad items in.  I think there is a little microclimate and they grow SO well (and taste so good too).  It was an idea that I think it was Jekka McVicar shared in a magazine I read. 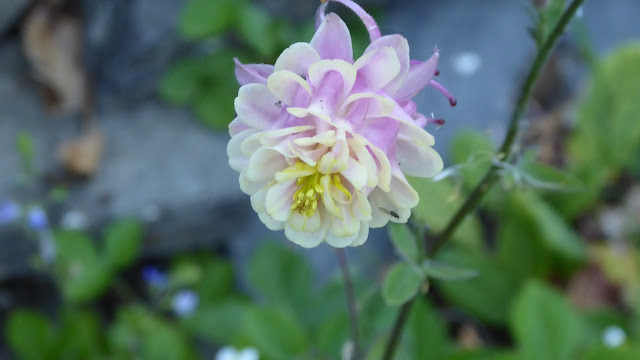 This is a lovely little double Aquilegia, which has come in  a pink and creamy colourway I have only had in singles before.  It seems that the Aquilegias sent me off to my new garden with their best offspring! 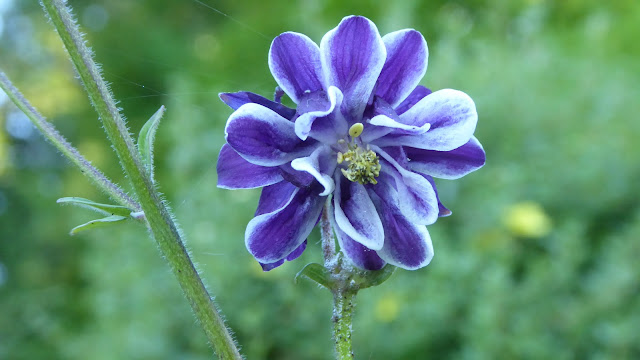 This is another yearling Aquilegia that came along growing with another plant in a pot.  It seems to have bloodlines which involve one of my Blue Aquilegias and probably a nearby William Guinness, although in this one it's not the central petals which are white, but it is more splashed with white, and a different flower type to the William Guinness too (which has a central ring of white petals joined together.) 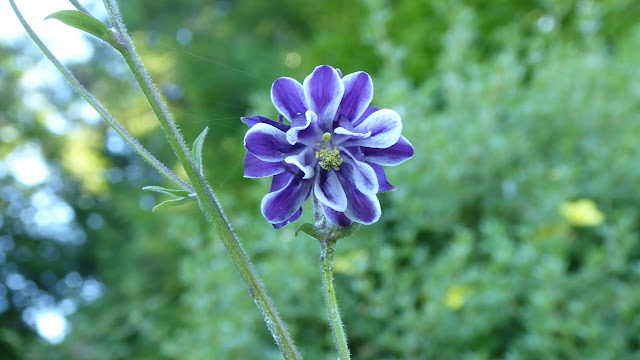 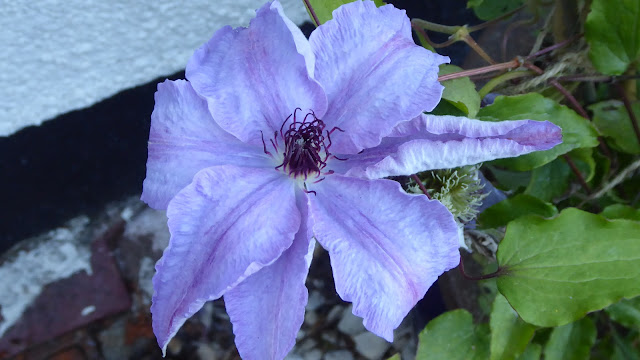 Clematis The First Lady.  Has flowered nicely but doesn't seem keen on growing much yet!  Such a pretty colour anyway.