Well blow me down! 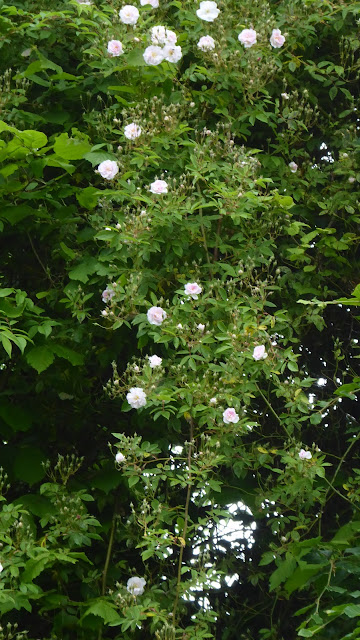 This rose, growing up through a tree at the edge of the garden, has been covered in buds for weeks.  I thought, crikey, that's one heck of a Dog Rose - it will look so beautiful when it flowers.  Well, the first bloom unfolded this week, and now overnight (it rained so it had a good drink) more have unfolded.  NOT a Dog Rose, but  rambler.  I thought, hang on a minute, I know that rose . . . 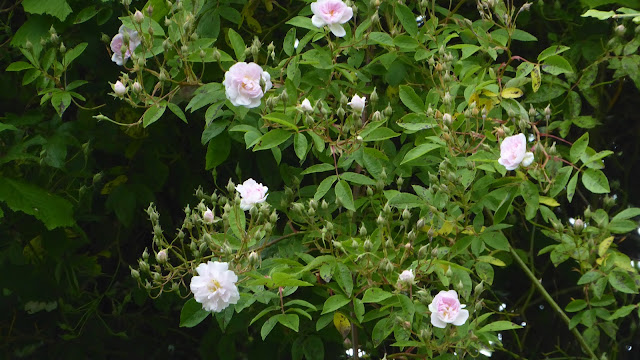 It couldn't be more familiar in fact - it's a Paul's Himalayan Musk!  Well, if that doesn't underline this house was meant for us  I don't know what does!! 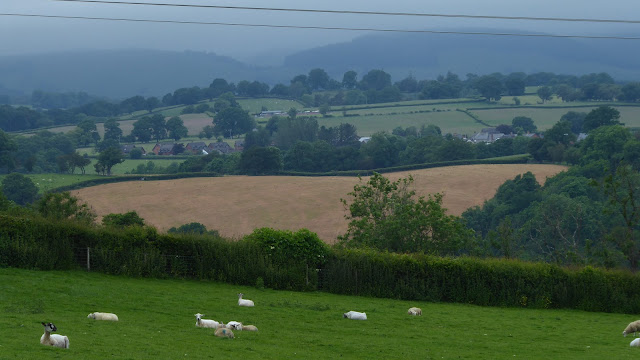 Above and below: the view from the end of our track, with the hills hidden under low cloud today. 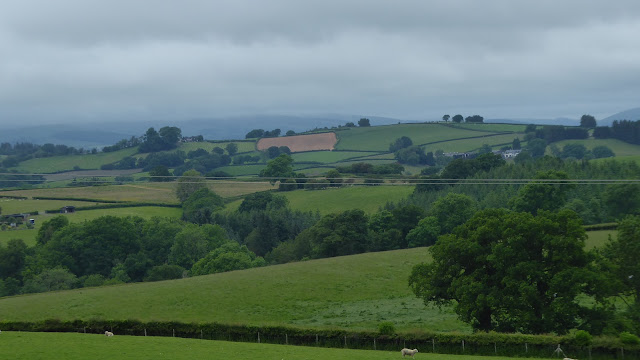 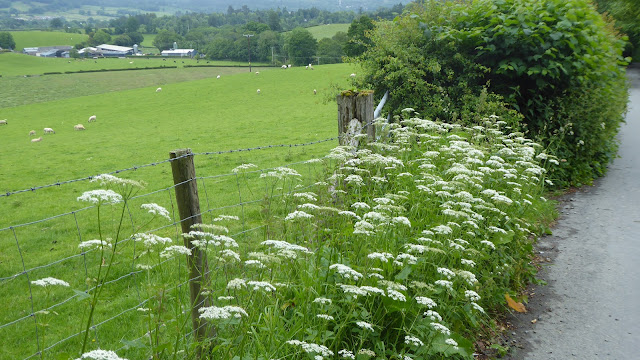 Above and below: Sweet Cecily, which grew well in Carmarthenshire too.  Brecknockshire (which we are only just inside the border of - Breconshire translated to English) has the Cuckoo Flower as its County Plant.  Click on link for county flowers of the UK. 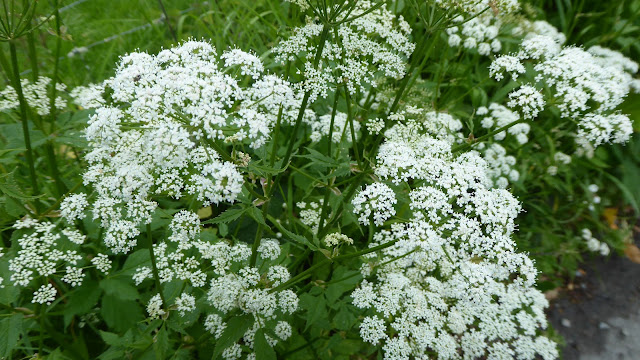 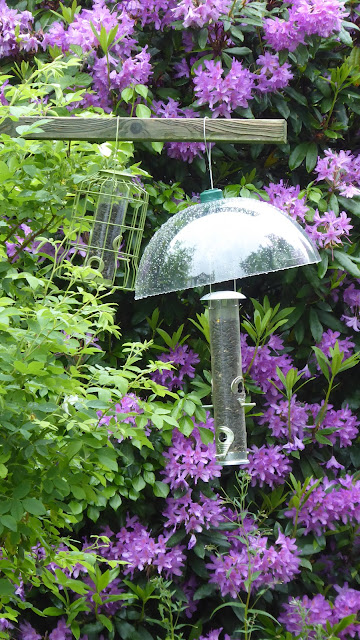 I finally got so sick and tired of feeding huge amounts of Sunflower seed to juvenile Squirrels that I bit the bullet and paid £15 (incl. £5 postage) for a Squirrel Baffle.  I have to say, it works a treat.  The Greenfinches and Junior aren't frightened by the baffle, and have even started using the metal squirrel-proof feeder too, as have the Goldfinches, with THEIR youngsters.  Delighted to see them.  I bird-watch every time I pass a window. 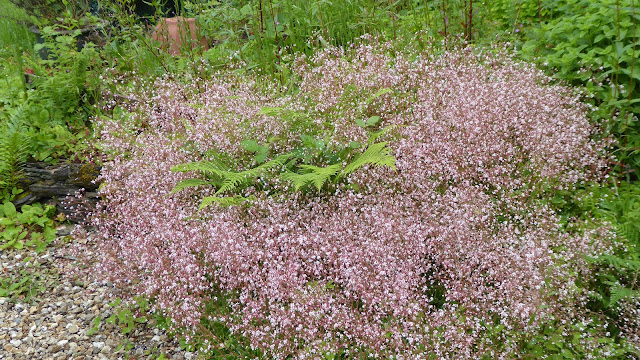 London Pride, Ferns and if you look closely enough, right in the middle are brambles.  They are going to be removed soon . . . 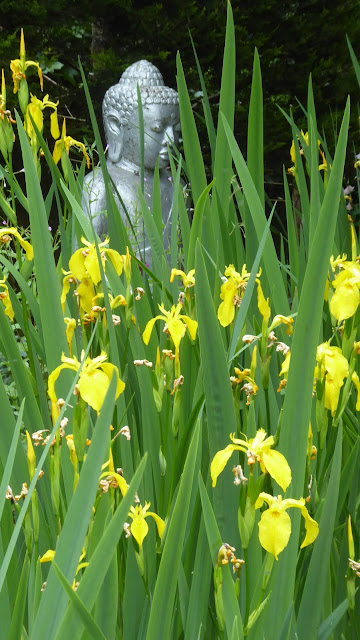 You can hardly see the Buddha behind the lofty heights of the yellow Flag Irises in the pond.  There are far too many of them, and I will have to do a cull this summer. 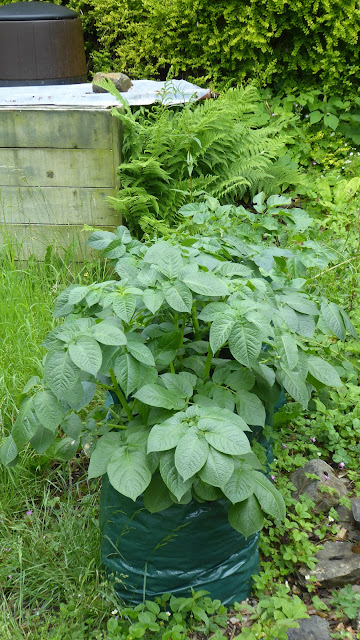 The spuds are doing well.  Kestrel and Aran Pilot.
I've had a busy day today - up at 6 a.m. and tackled the ironing mountain, stripped the bed later, vacuumed it and remade it, and spent a couple of hours very slowly working on the Roman Blind for the Library.  I have now reached the stage of front done, lining in place and pinned, and now I have realized I can order special tape for the rods which I pinched from the old one.  Gosh I'm glad to see that down - it was more suitable for a teenage boy's room rather than a living area.  I have been taking it apart to see how it was made.  Since it was glued to the window surround,  giving it to a charity shop wasn't an option.
I have started reading The Winter Sea by Susanna Kearsley, a time-slip novel like the ones by Barbara Erskine.  This is set in Scotland, around Slains Castle.  A good read.
Posted by Bovey Belle at 11:56