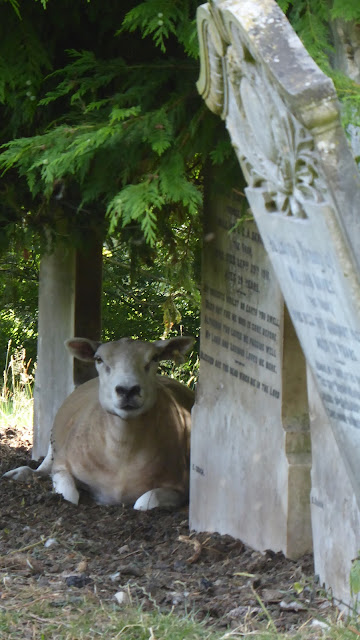 Well, Eldest Daughter and I had a disappointing afternoon church-crawling yesterday.  As we were heading up towards Presteigne, I found a number to phone to see if Cascob church would be open.  Chap not sure - but Discoed would be, and that was just a couple of miles down the road.  We decided to chance it but unfortunately the Church was locked, and when I went across the lane to the cottage opposite to get the key, there was no reply (though cars outside).  A notice said to shut the gate, as sheep were grazing in the churchyard.  Here is one of them. 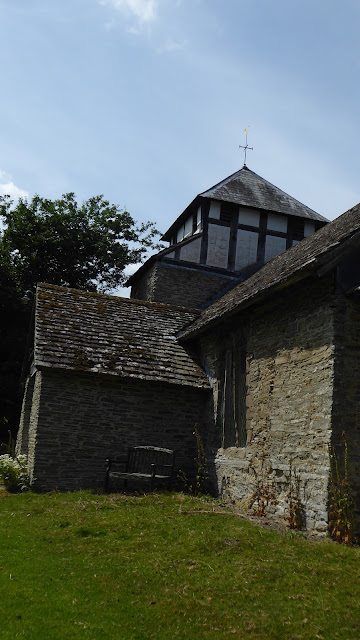 We particularly wanted to see the interior of this church because of the ABRACADABRA witch spell.  There is a link HERE which tells you more, but no illustration.  The church is dedicated to St Michael by the way. 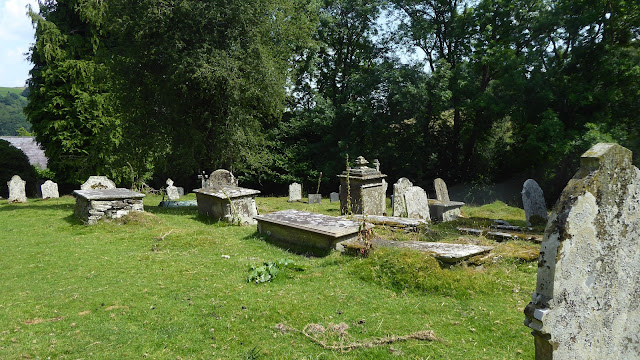 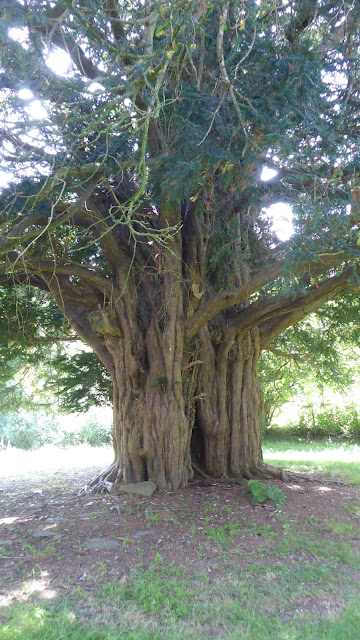 The Yew tree here is rather special, and probably a thousand years old.  It's female, and was one of a pair but sadly the other fell in a gale in the 1990s although a sapling has been planted to replace it.  The girth of this one is 762 cm (25 feet) in circumference. 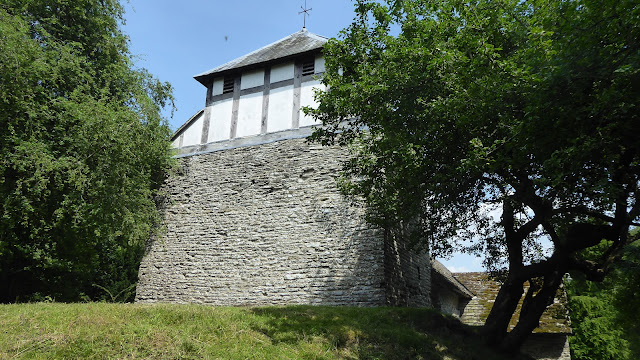 The church probably dates from the 13th C and this mound has been considered to be either a tumulus or a Norman castle motte in the past but is more likely to be rubble from a collapsed/rebuilt church tower. 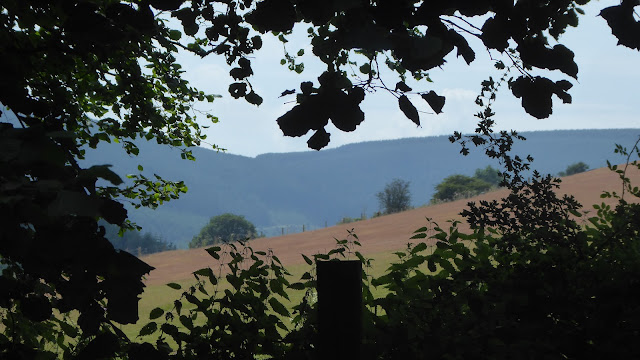 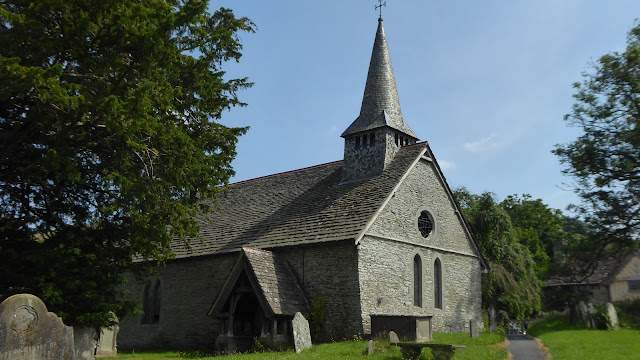 As we knew Discoed was open, and very close by, we paid that a visit next.  As you can see from the view below, it's in a very rural setting.  It's another one dedicated to St Michael. 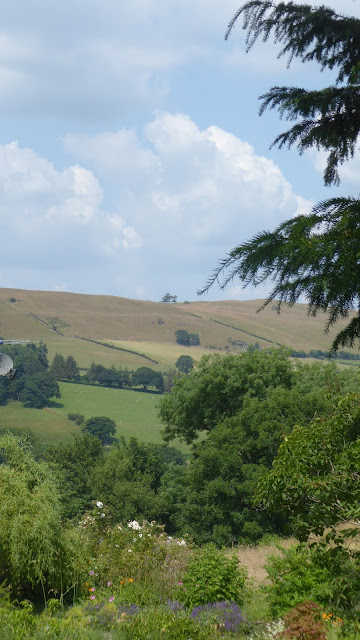 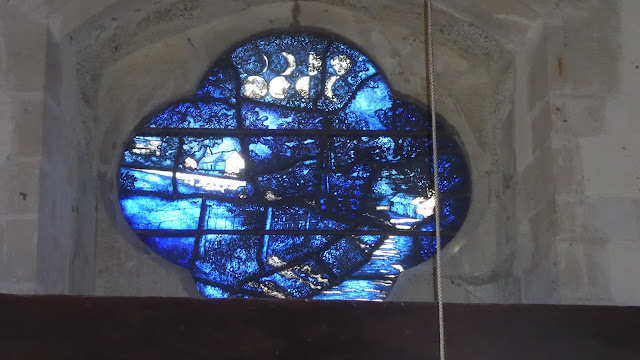 This stunning stained glass window is dedicated in memory of Judy Hiam, and installed in 2017.  One of the nicest stained glass modern windows I've seen. 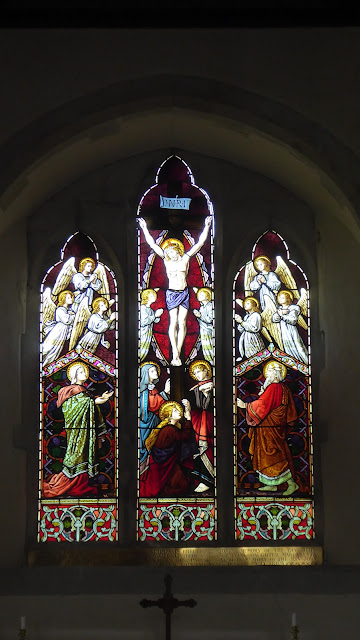 At the other end of the church was a more traditional window - the sun streaming through made the colours so beautiful. 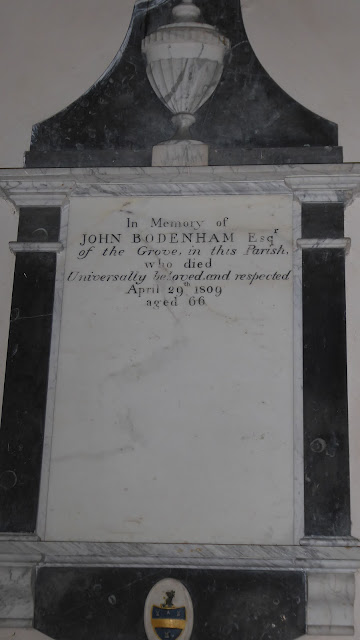 It wasn't an ornate church - no pews and a new floor and  the socially-distanced chairs set out gave it not a great deal of atmosphere. 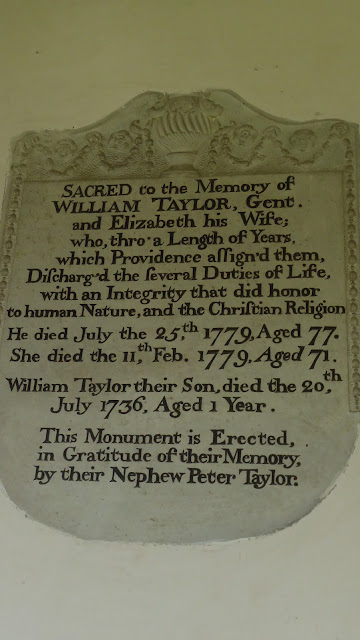 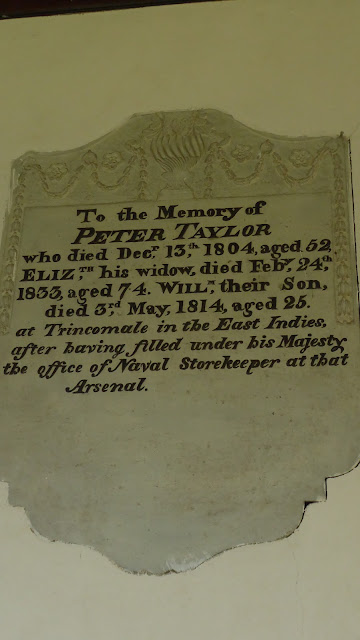 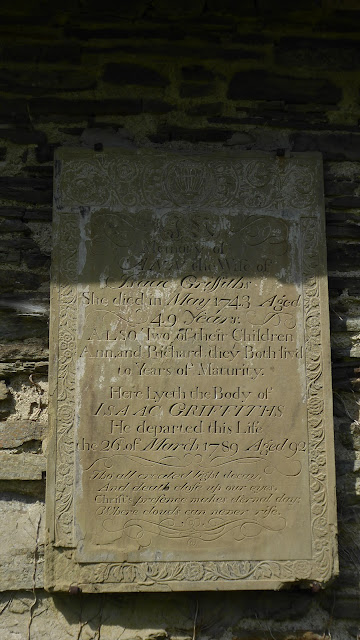 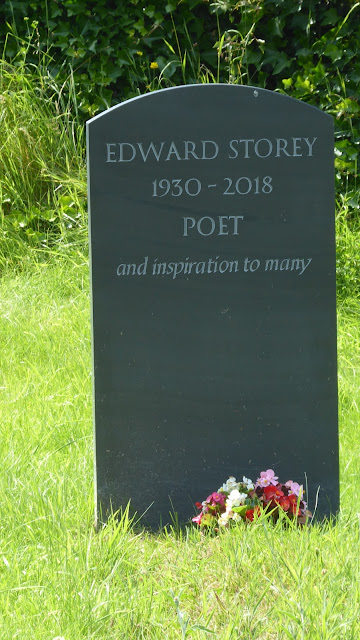 Not a poet I had heard of - though he lived in the Fens most of his life until suddenly upping sticks and moving to Wales!  You couldn't get more difference in scenery.  HERE'S a link, if you're interested. 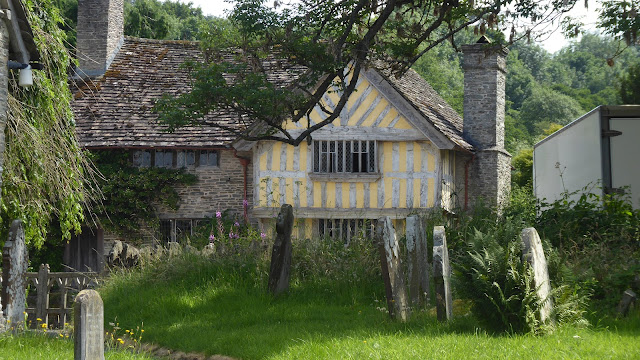 This is a stunning Tudor manor house, recently traditionally restored.  Thank heavens that the oak is the colour it should be -sun-faded to grey and not painted black (I hate it when timbers aren't left as nature intended).  It is called Upper House and HERE is a worthwhile link to the restoration work with amazing photos. 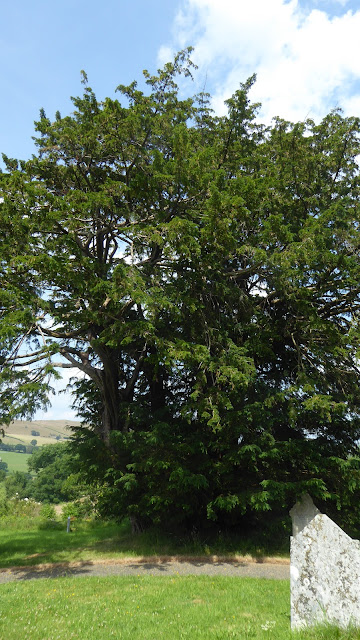 An even more venerable Yew tree here, which is an amazing 5,000 years old and is one of the five oldest in the British Isles.  It has a girth of 37 feet and is male.  There is a female tree elsewhere in the churchyard. The fact there is a spring at the gateway to the church suggested to Tam and I that this was a place of ancient worship, far predating Christianity. 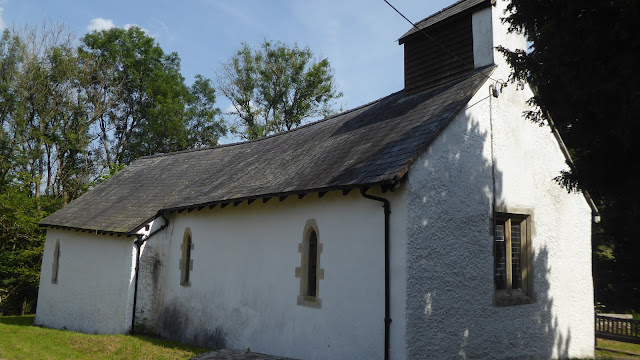 Finally, on the way home we had noticed that Cregrina Church was just 2 miles off the main road, so we headed there.  We couldn't get in and thought the door was locked but apparently it is never locked and you just have to give it a hefty heave with your shoulder . . .  It was once on a main cattle drover's road, and is largely 13th C  and dedicated to St. David.
This morning the chap from the Council is coming to test the water for the 4 properties which are on it.  This could be interesting!  Whilst our supply comes through a UV filter, which we maintain, there is still a lot of sediment and we were left instructions to "boil all drinking water" by the previous occupant.  It should have been tested in 2019, but wasn't, and couldn't be tested before we bought the house last year because of Covid restrictions.  Fortunately the charges are shared between the 4 properties.
Posted by Bovey Belle at 00:38