A freezing fog sort of walk 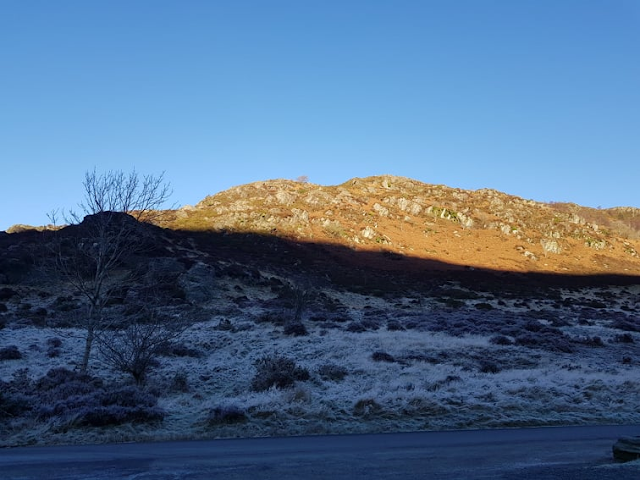 We woke up yesterday morning to freezing fog.  I knew it was bad out there as when we went to bed, you couldn't see the lights of the quarry across the valley.  Tam and I had planned a walk at Gilfach Nature Reserve, and waited until lunchtime when there was a glimmer of sun breaking through the clouds.  We set off and by the time we were on our way to Newbridge-on-Wye, the cloud had lifted and there were clear blue skies.  This is the view from the car park - the sun hadn't penetrated the valley o we knew it was going to be a wee bit chilly . . . 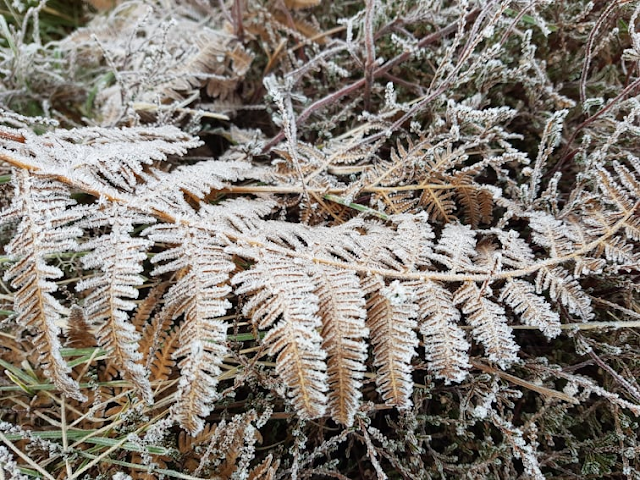 We were not mistaken!  I was glad of stout walking boots, woolly socks and my duck-down jacket. 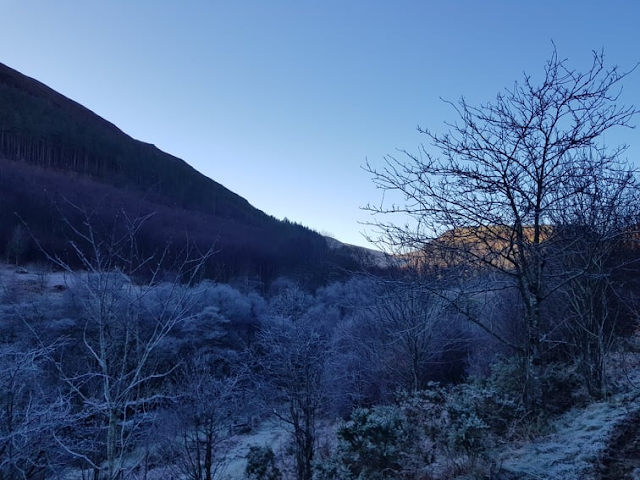 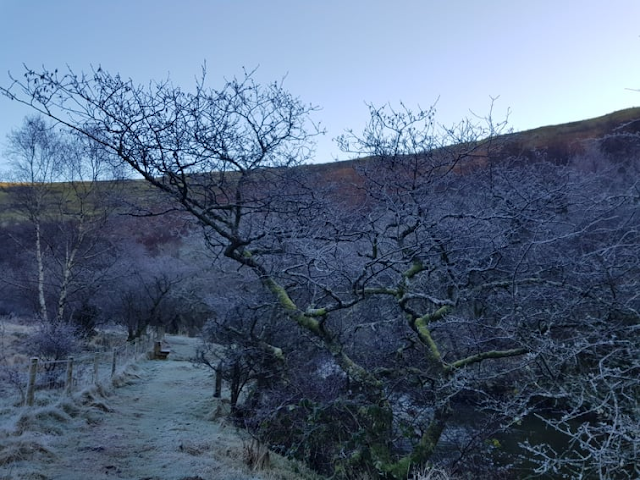 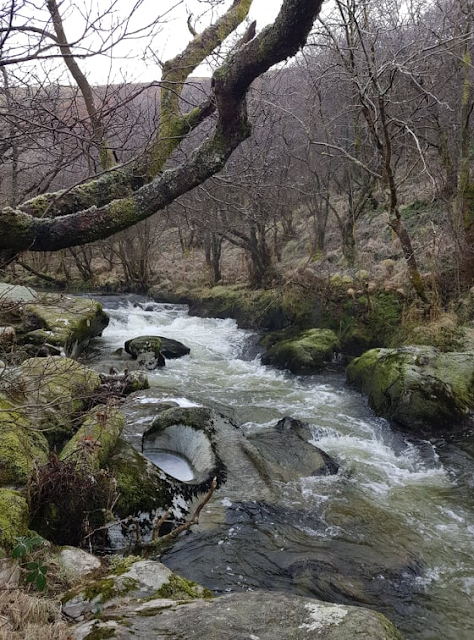 The River Marteg runs through the Reserve, and reminds me of the Cothi where we used to live.  That big round hole has been carved out down the millennia by stones tumbled round in it as if it were a washing machine. 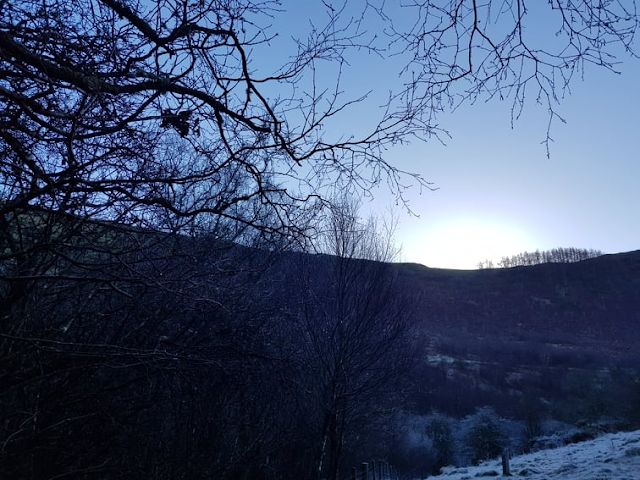 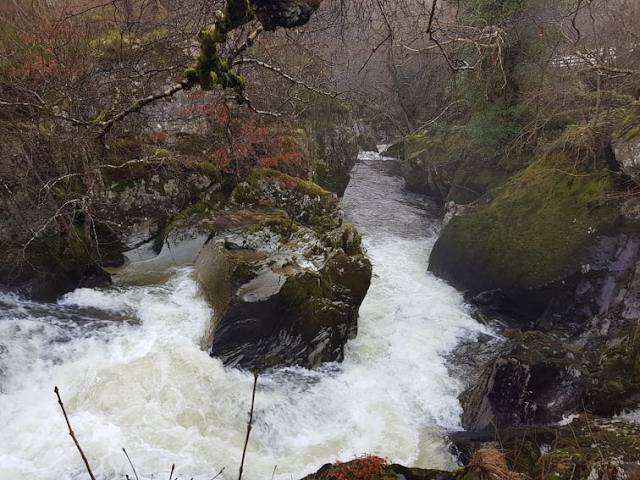 Here is the River Marteg a little further up, where it flings itself through a canyon.  This is where the Dippers nest in summer, but no sign of them today, unsurprisingly. 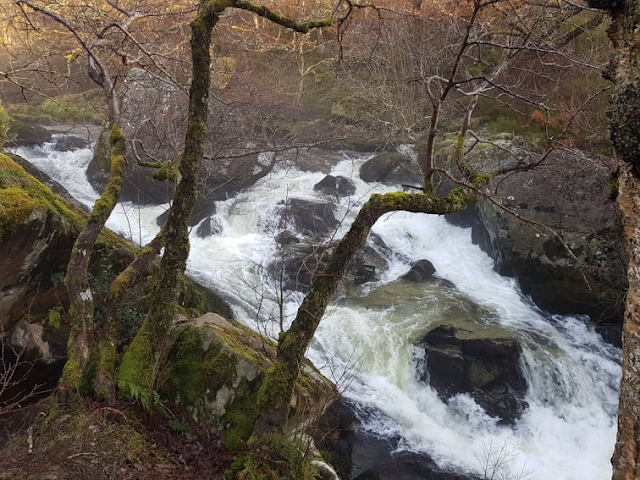 The sound of the water was tremendous, and there was a very fine mist above the water from the spray as river flung itself past and over the rocks.  The negative ions in the air brought a real feeling of energy and I could have stood there for a good while longer, had it not been so chilly. 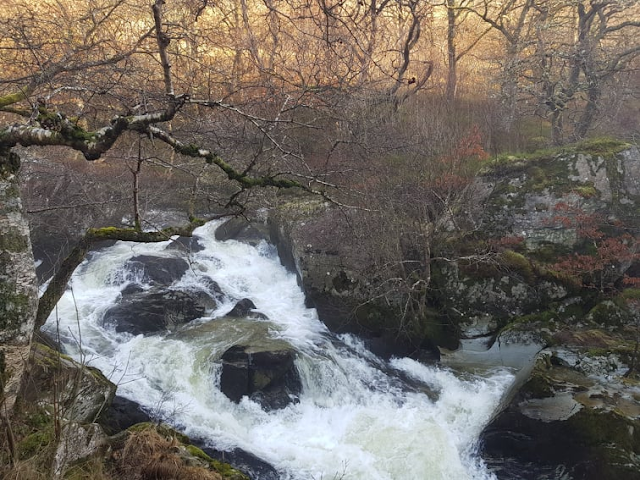 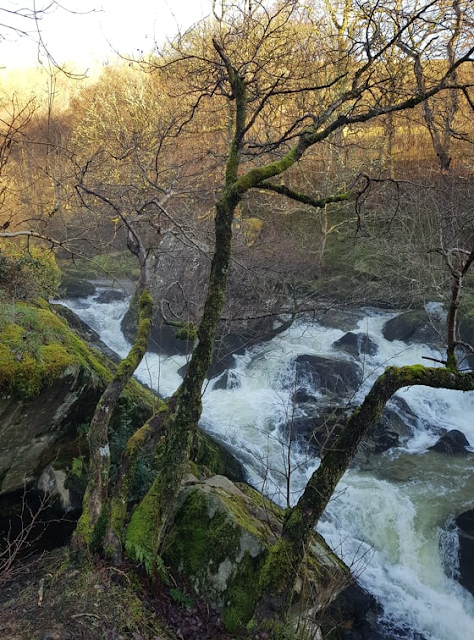 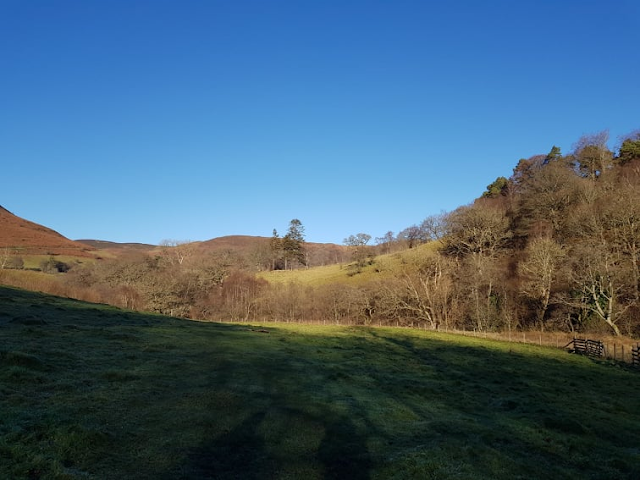 After a mile or more, we finally reached a bit of sunshine, and feeling returned to my fingers which, despite really thick gloves, had quickly frozen. 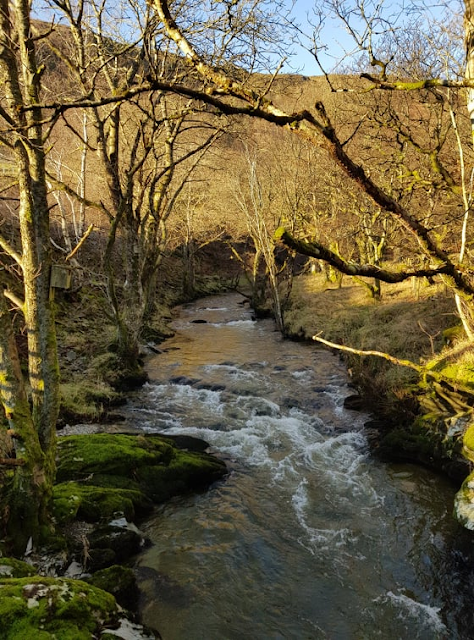 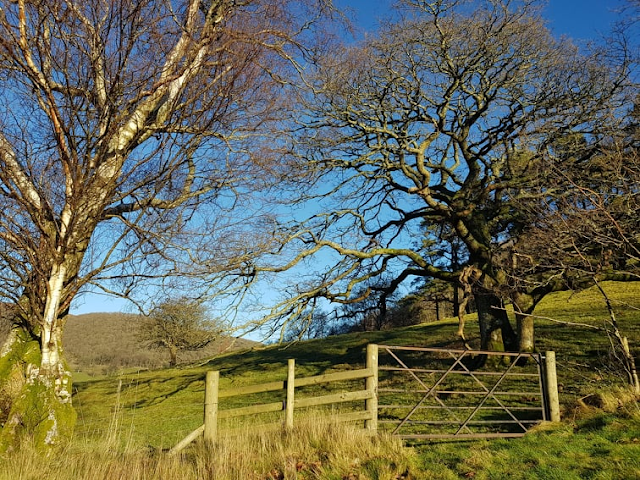 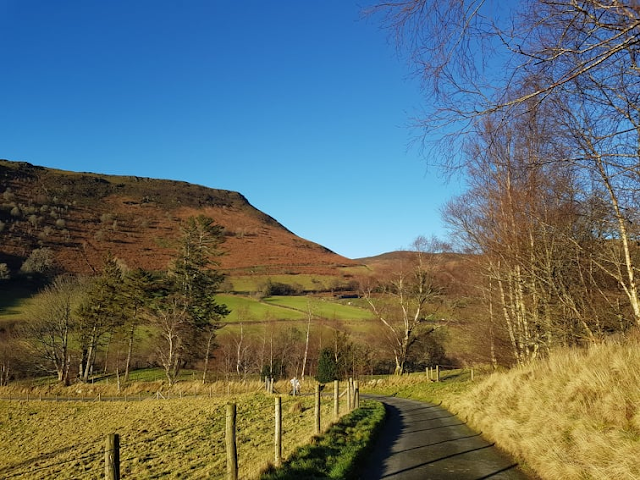 There is a long slow hill to climb and that white dot in the middle is me labouring up it! 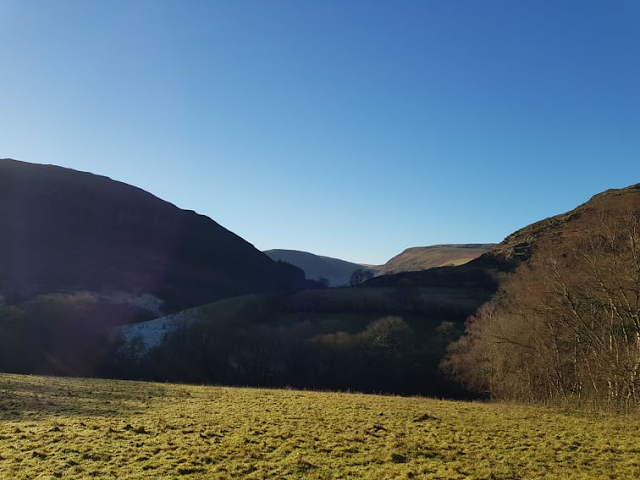 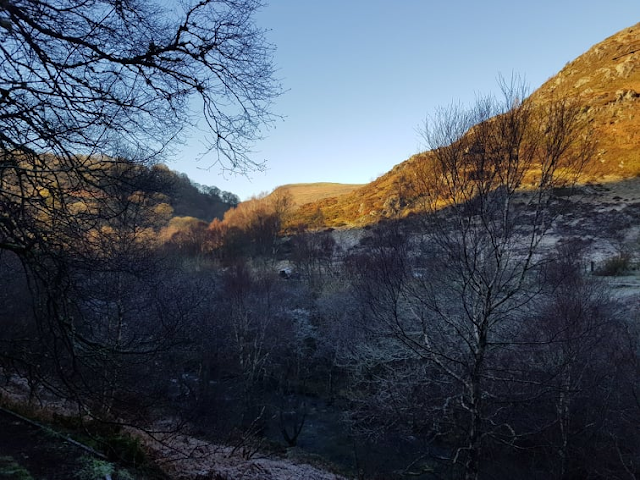 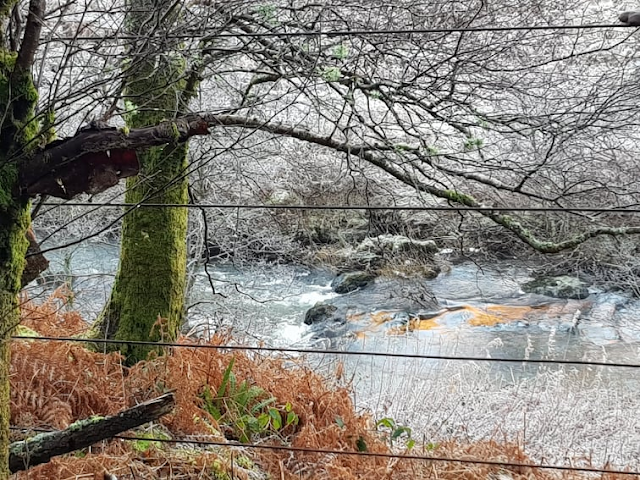 Nearly back at the car park, and the river here reflected the bracken from the hillside overlooking it.  Back at the car we had our little treats from Greggs to tuck into - a well-chilled Doughnut for Tam and my favourite Apple Danish for me.  Yum.  It was SO good to get out and this year we really will go here when there are leaves on the trees and it's a bit warmer, and chose one of the other routes to explore.
Posted by Bovey Belle at 02:02