Having to dig deep for my mojo today

I slept badly last night - awake from 3 to 6 a.m. then sleeping on till 1/4 to 10 and waking up still shattered.  I did not feel like doing ANYTHING, and this morning I largely sat around and put a few more stitches in my Widecomb x-stitch - which takes concentration and mine was walkabouts!

Then I decided to sort out some embroidery things to sell on Ebay, as I had a reduced listing weekend and far too much unused embroidery floss (I mainly use DMC nowadays).  I've not got to the embroidery thread listings yet, but I have listed partly-worked x-stitch projects/charts as it is obvious that I have far too many things to  sew and too few years left (e.g. I probably have 30 years' worth of projects, at least!! including patchwork). 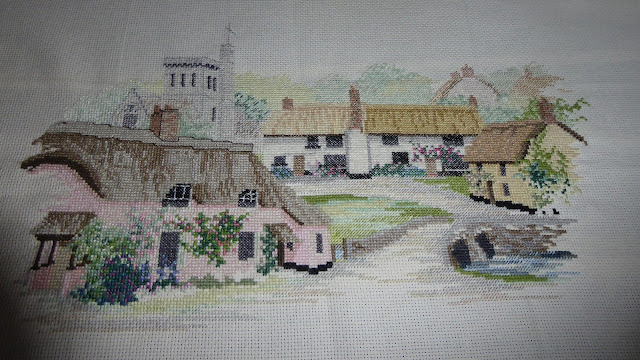 This is staying - this Devon village needs the final bits sown (by the bridge and the side of the cream cottage) but got abandoned when I Went Wrong and lost heart with it.  A shame as it truly is the most beautiful design and really reminds me of my Devon roots. 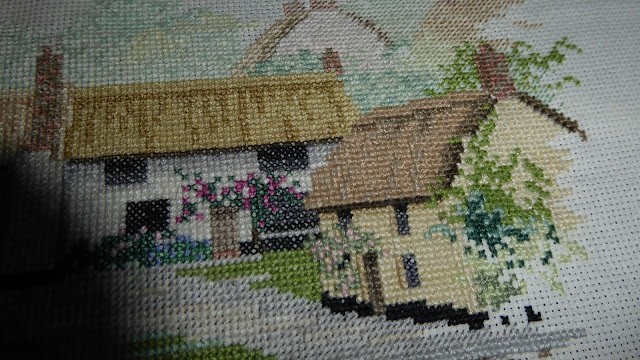 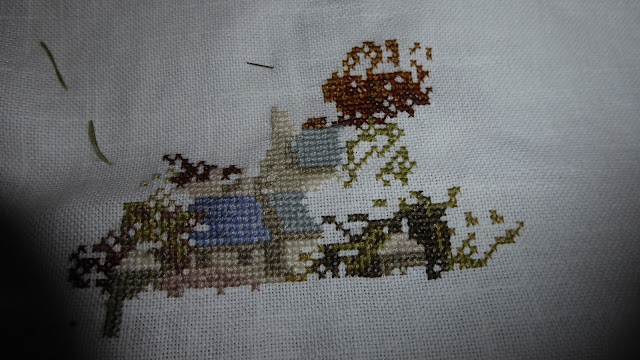 Here is as far as I have gotten with the Widecombe picture.  I was getting confused with it so have decided to thread up several needles with the colours for one area and then sew a stitch at a time and do the rows that way. 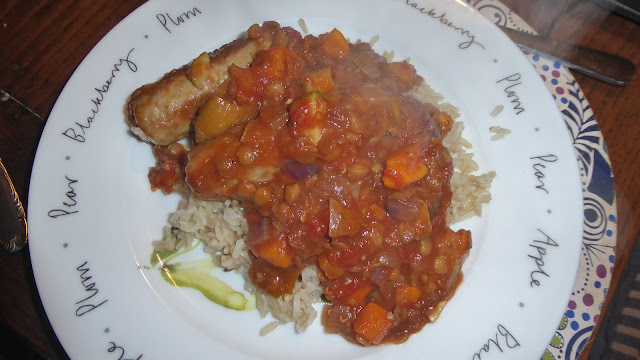 Here are a few of the things listed on Ebay in case anyone's interested: 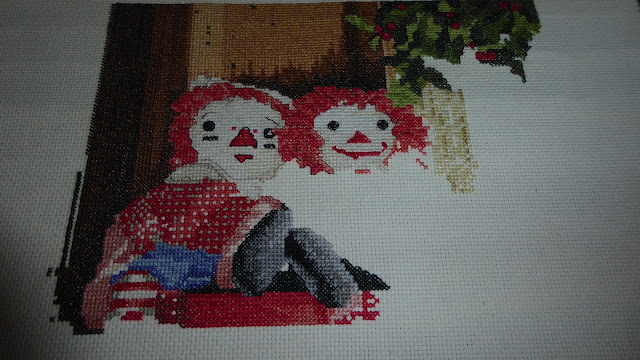 This is called "Friends" - Tam said just as well I never finished it as she thinks the raggedy dolls look spooky! 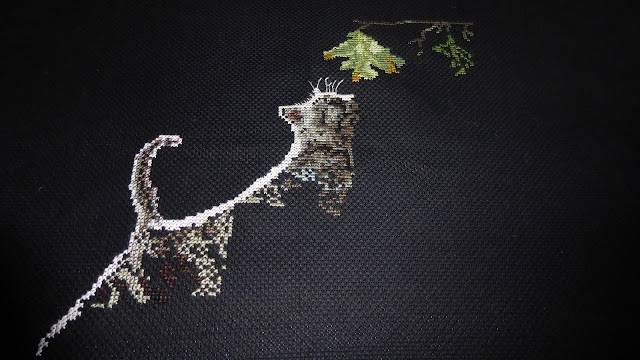 Black is not easy to work on, but this little cat was coming on well when he got abandoned.  I needed a craft light but I think at the time I couldn't afford one. 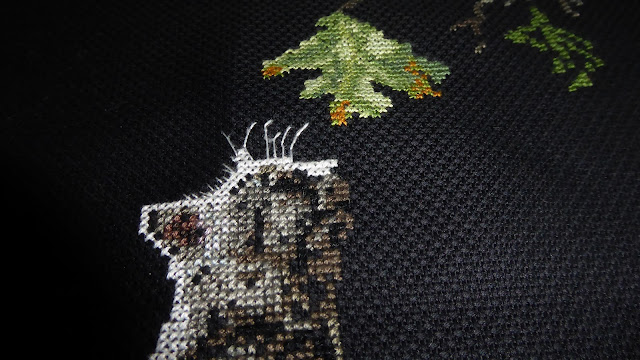 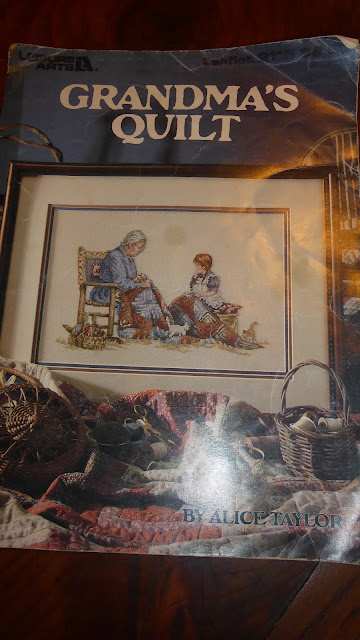 This comes complete with the partly worked design on Aida.  I got as far as the centre of the quilt on grandma's lap and a bit of her clothing. 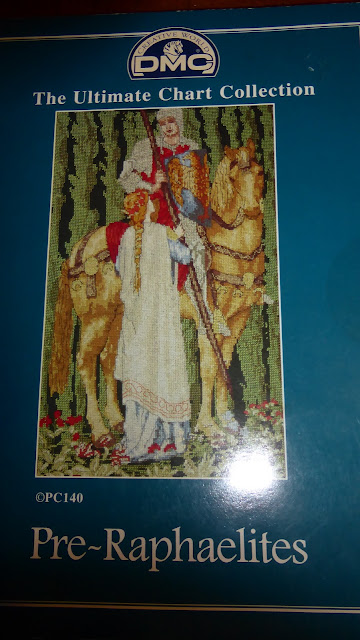 A bit of me wants to keep this and sew it (it's not too difficult a chart, big runs of the same colour) but it's time.  I am just not going to live long enough to tackle all the projects I want to do!!

Right, time for a bath now and back to some sewing.