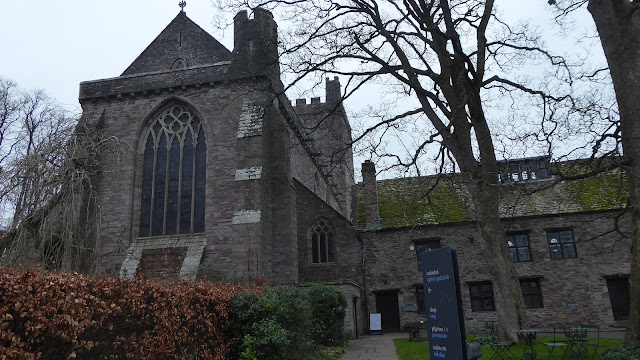 Yesterday we needed to go to Brecon for bird food, some DMC threads (my nearest shop stocking them),and bits and pieces elsewhere, including a quick visit to Morrisons to check what plants they had - not much yet, but I did get a good pot of blue Scabious for just £3.  The pink one I planted last year has been bravely putting out flowers all winter too.  I managed to get some Voltarol at Boots for my tight IT band on my hip and that has already eased the pain, thank heavens.  It's been going on for about 6 weeks now. 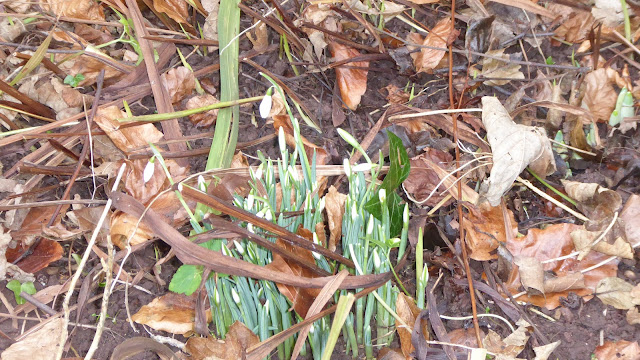 The first Snowdrops in the Cathedral grounds, just putting out buds.  Such a delight to see them. 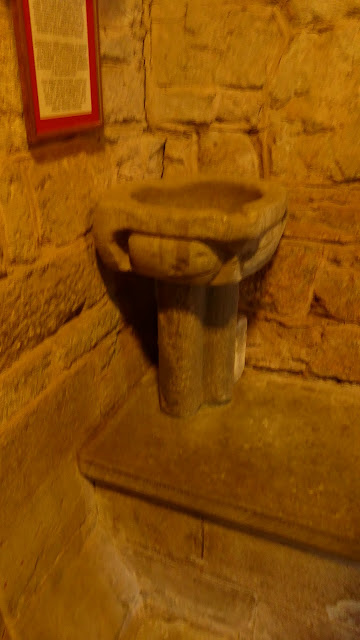 An early Piscina just inside the door. 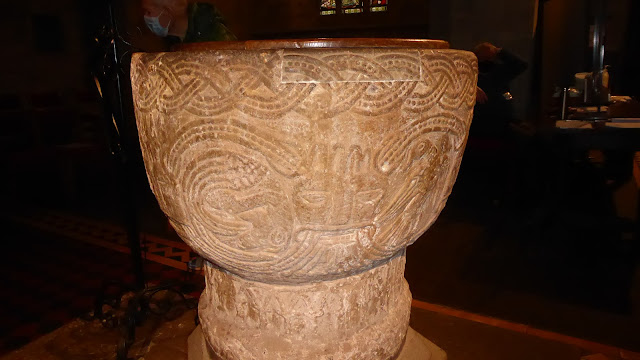 The stunning font with its (horned? again!) Green Man with Beasties.  There was another one the same, and a Tree of Life, and some dog Latin inscription around the top - the latte engraved by someone for whom Latin was a foreign language, according to the gentleman volunteering yesterday.  At the back of the font it was all scored and broken from when Cromwell's troops took up residence in the church with their horses. 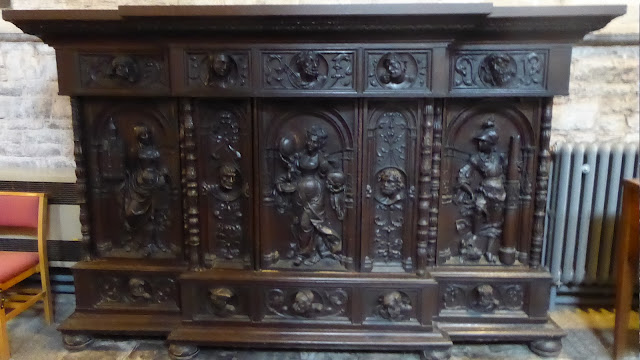 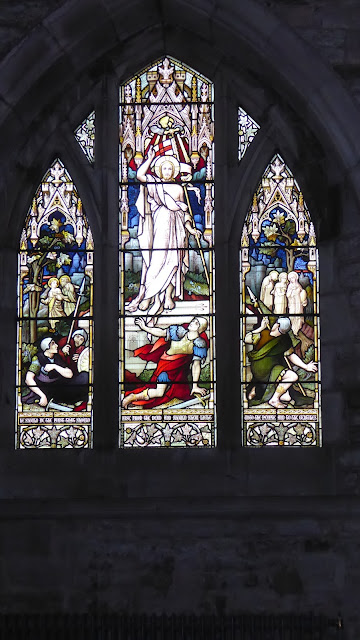 The stained glass windows were beautiful. 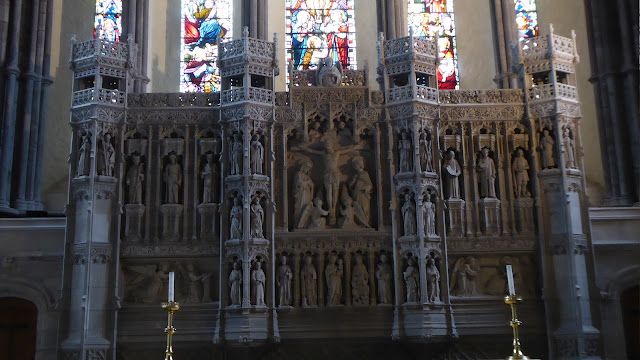 This stunning carving was at the "modern" restored end of the Cathedral, which was derelict by the late 18th C.  Gilbert-Scott was the architect employed in the restoration and I think this dates from that time. 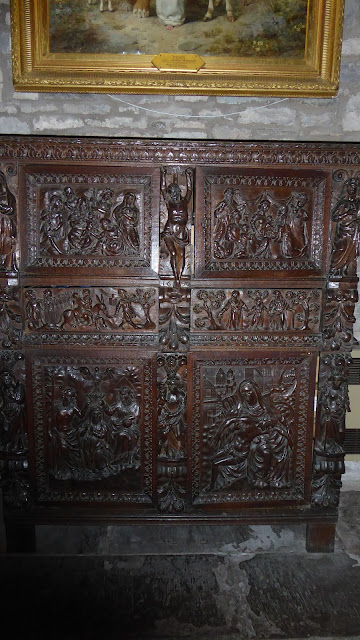 This is the other wonderfully carved Flemish cupboard.  What a shame I missed taking a photo of the lovely painting of the young Christ above it. 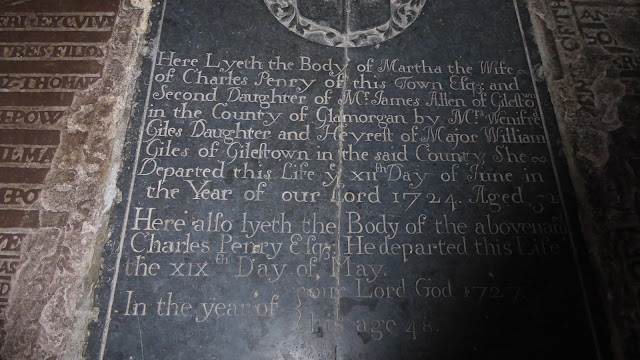 Apparently many of the gravestones within the Cathedral were once outside in the graveyard, but when the Cathedral was restored in the Victorian period, Gilbert-Scott had the ground level altered and these were all brought inside to level it. 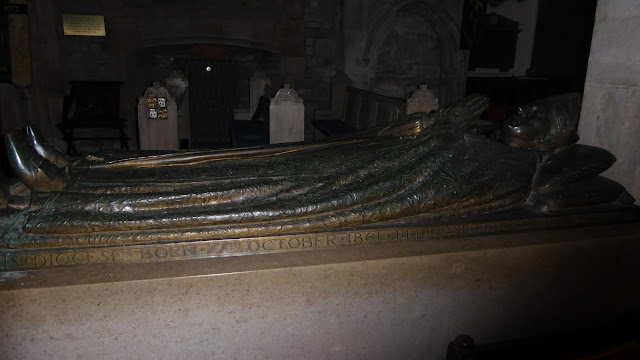 A rather splendid effigy of Lathan Bevan dating to 1861. 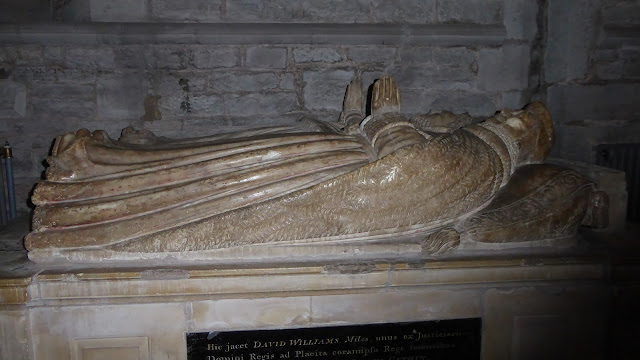 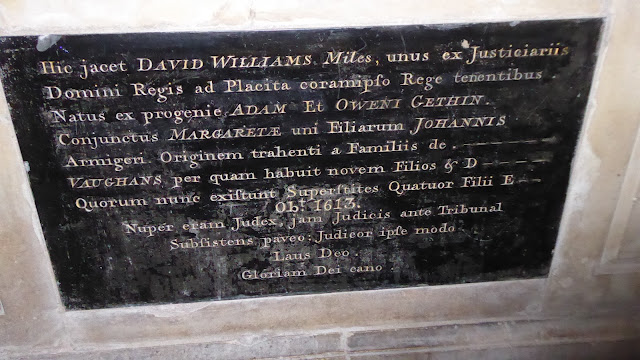 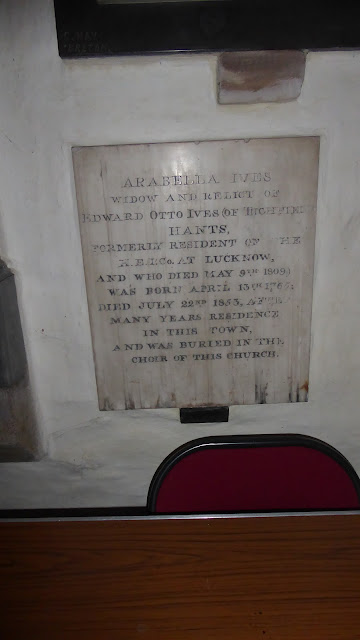 Because of his connection with Titchfield in Hampshire (we used to drive through here on our way to Lee-on-Solent beach), I looked up Edward Otto Ives when we got home.  He worked for the H.E.I. Co (Honourable East India Company, as did his father who had been a Naval Surgeon).  Interestingly he lived at Ferryside in Carmarthenshire for some time too - also a little village (in Carmarthenshire) which we know well. 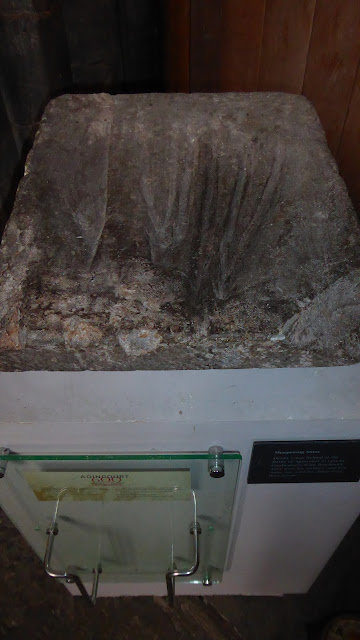 This was absolutely fascinating and SUCH a link to our history. Details as below - it's where the archers from Brecon who went to Agincourt in 1415, sharpened their arrows.  How amazing is that? Cordwainers were leather workers. 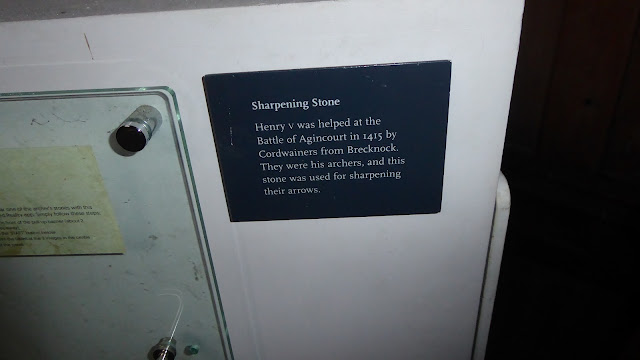 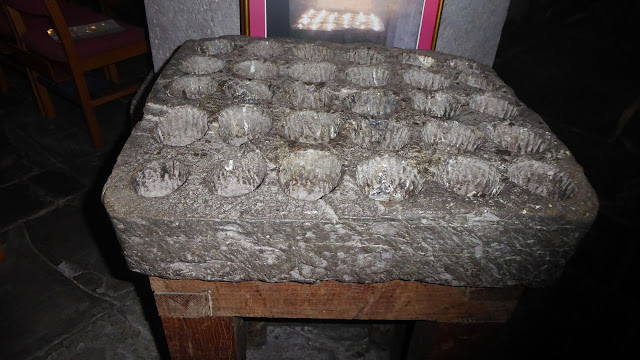 Another absolutely amazing survivor is the Cresset Stone.  Never heard of one before, let alone seen one. 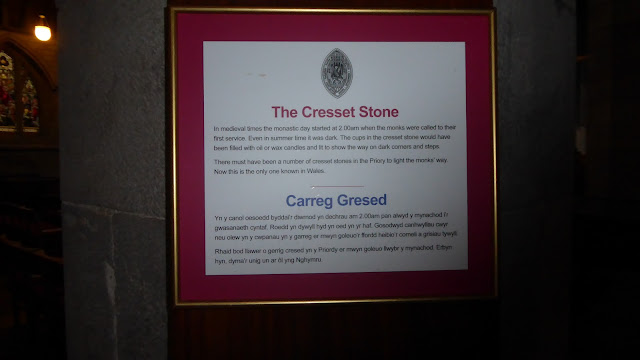 Here are some associated sites worth visiting:
THE COFLEIN PAGE - lots of photos of the interior - far better than mine!
WELSH TOMBS IN BRECON CATHEDRAL - a blog by Madeleine Gray which gives details about the tombstones laid into the floor.
CROSS SLABS - Interesting reading.
BRECON CATHEDRAL HISTORY - some good link here, especially the Agincourt one.  Many of the Welsh Archers came from the Brecon area.
Posted by Bovey Belle at 04:01