Through the mountains and on to the edge of the world 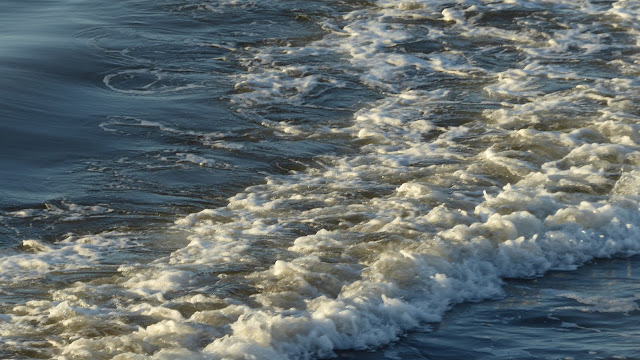 We couldn't have wished for nicer weather today - clear blue skies, but shivery-cold at home this morning, where we had quite a hard frost.  Tam needed to go to see her boyfriend J in Aberystwyth, but her car was going in for repair today, so she dropped it off early and we drove her to Aber.  I couldn't stop in the Cambrian Mountains to take views as there weren't lay-byes where the best views were and the valley bottoms were dark and chill still. 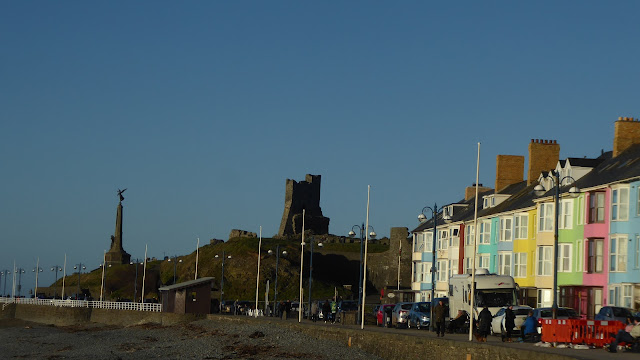 Anyway, we managed to get some sea air, and a bite to eat, and parked down on the South Beach and enjoyed being by the sea again.  The houses were all painted bright cheerful colours and who can blame them?  In the background is the remains of Aberystwyth Castle. 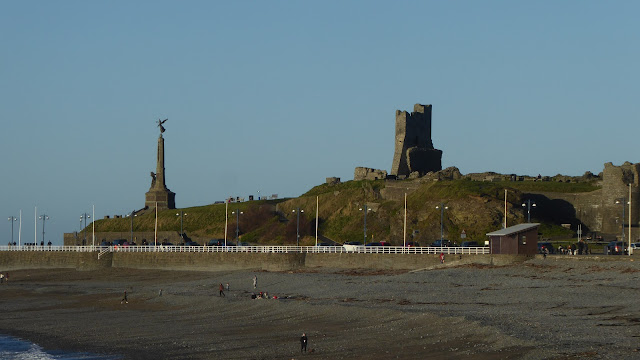 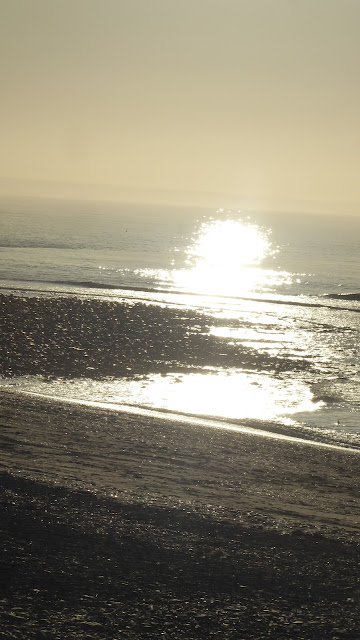 It was actually really warm by the sea (though it had been very cold first thing, J told us).  K was not at his most energetic, so sat in the car, soaking up the sun and the sea view, whilst Tam and I had a walk up to the end of the Prom and I took photos. 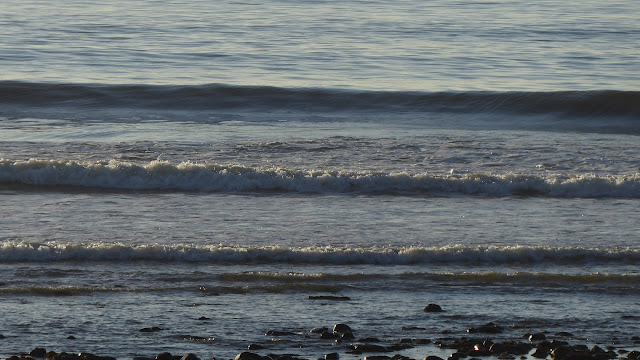 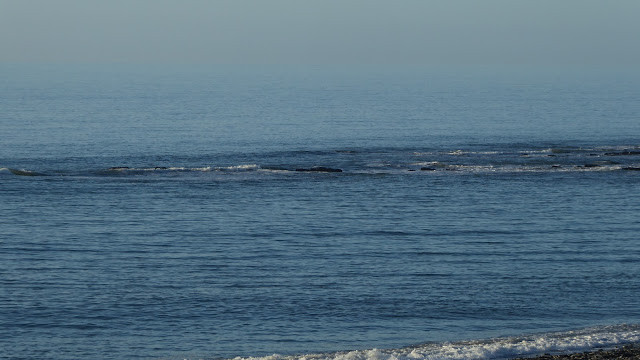 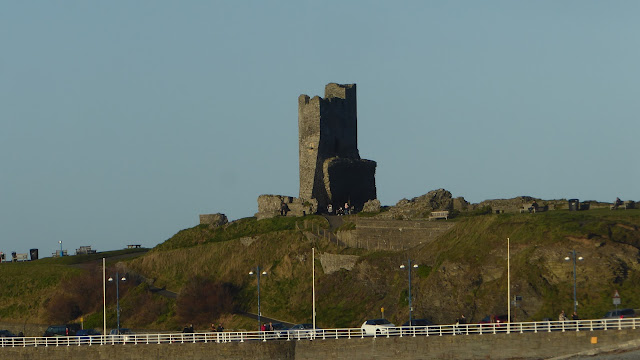 HERE is a link to the castle history. Any stone castles usually replace earlier ones made from wood and Aberystwyth was no exception.  Built by Edward 1 in 1277, and part of a circle of castles - others being Rhuddlan, Flint and our own Builth castle, Aberystwyth was an example of a concentric castle - walls within walls - to protect the soldiers holding the castle safely as they could hold it against any attack as they would be firing down on men in a killing zone. It was diamond-shaped with towers in the corners.  Sadly, not much of the castle remains so on the ground it is hard to understand just how strong and important it was in its hayday. 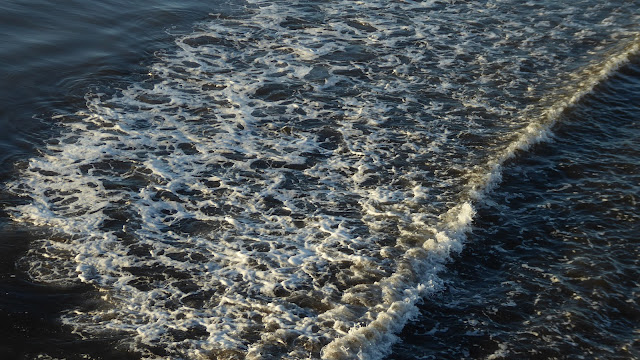 The gracile lighthouse stands at the Southern end of the promenade. 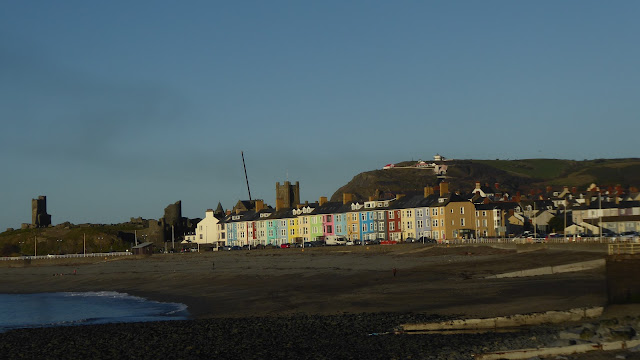 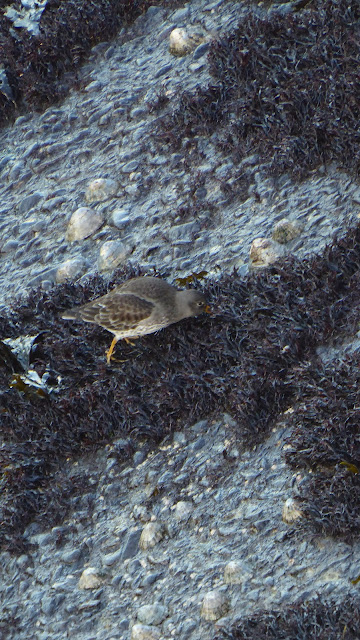 We spotted 4 of these amongst the seaweed on the beach, searching for something edible.  I think they are Rock Pipits.  Apparently their numbers are swollen during the winter months with visitors from Norway. 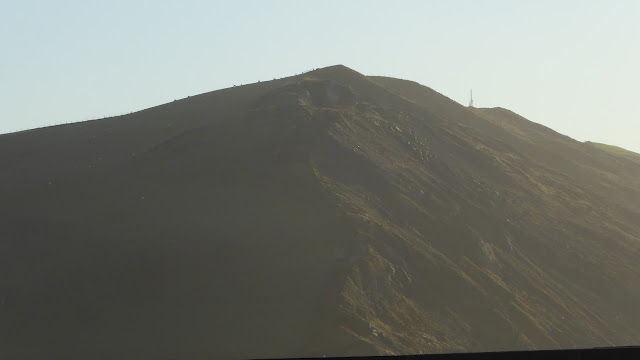 This is the rocky hill to the south of the town - think it is Pen Dinas Hill fort.